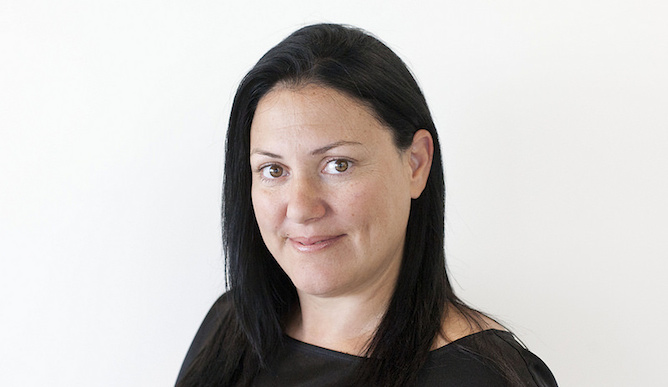 Hilla Ovil-Brenner is on her second startup.

Hilla Ovil-Brenner was pregnant –– twice –– when she was looking for investment funding for her self-started high-tech ventures. The last time this happened, she was nine months’ pregnant, earning her looks of puzzlement and pity from the investors. She imagined they were thinking: Shouldn’t you be at home resting or something?

Ovil-Brenner h012as founded a group that connects powerful and empowering women in the area of high-tech to mentor, informally, other women who want to do the same. Women can join Yazamiyot (Hebrew for “female entrepreneurs”) through Facebook or Meetup.

Even though Israel is known as the startup nation, it’s still very much a man’s world. “What disturbs me is that there are women who want to run startups and they don’t get enough support,” says Ovil-Brenner. But things are looking up for enterprising women.

“We are in a revolution right now in Israel, and we are changing things,” she tells ISRAEL21c.

For 10 years, Ovil-Brenner ran the grammar and writing-correction software company Whitesmoke, which she founded. Whitesmoke is now publicly traded on the Tel Aviv Stock Exchange.

She has started her second company, KeyDownload, yet still has to explain to the FedEx guy coming to her office with a package, or to the investors bypassing her handshake for that of her male CTO, that she’s the boss.

“I was very lucky when I started my career. I didn’t think there was a big difference [between the sexes], but as I worked in the business world I saw that women get treated very differently. Yet they are great managers because they are emotional and have a wide vision of things and good people skills,” she tells ISRAEL21c.

“Aside from that, their life pattern is different. Women have two careers – their best career is usually at home, because in Israel they are the one responsible for the children. They need to act as both the CEO at home and on the job.”

About three and a half years ago, she and a few other female high-tech entrepreneurs founded Yazamiyot as the result of a casual conversation. It has grown into a community of 600 women in various stages of ventures, from CEOs in big companies to those with the seed of an idea.

One of the recent and notable projects started by Ovil-Brenner on behalf of Yazamiyot was getting Google Israel involved in helping Israeli women become entrepreneurs.

With encouragement from a female executive friend of hers at Google, the Tel Aviv Google Campus created a 10-week entrepreneurship program for new mothers, who may bring along their babies as they learned the basic skills to starting up a business. The program has been repeated twice now in Tel Aviv, with resounding success, and cities in Europe are now copying the Google Israel model, Brenner says.

Yazamiyot is also connected to other branches of multinational companies in Israel, including Microsoft and Intel, to “help entrepreneurs in this group reach decision-makers in the bigger companies, which really like to help women entrepreneurs,” Brenner says.

As for Yazamiyot gatherings, there is no formal structure or mandate. “The meetings are not regular in any way. It comes from good vibes or a need for the women to have a meet-up on a specific issue. Some initiate ideas or [decide on] the place where we meet. We like to help each other with all the tools one needs to grow.”

Brenner says that the experience of mandatory army service for two years gives Israeli women a special edge in entrepreneurship.

“Going to the army changes you,” she says. “What really characterize all Israelis are their straightforwardness, ambitiousness, and their straight-to-the-point attitude, which also characterizes Israeli women.

“The women entrepreneurs who come out have drive and intelligence and have a very disciplined vision of how life should be.”

Despite the fact that in Israeli society, CEOs often have more prestige than lawyers or doctors, women fail to make the grade when it comes to raising money. Only five percent of ventures founded by women get funded. That’s the sad part of the story.

“It’s not because they aren’t smart enough, or driven enough or enthusiastic enough,” says Brenner.

“People can say whatever they want. The point of the matter is, there is a difference between men and women and we do feel it sometimes. This is why Yazamiyot was founded, so women don’t feel like they are in a vacuum. So they can help each other.”

UNCOVER ISRAEL - Get the ISRAEL21c
Weekly Edition free by email
Sign Up Now!
Bring Israel's story to life.
Millions of people around the world rely on us to gain a deeper understanding of Israel. We are the trusted source for original content you won't find anywhere else.
You can make a difference. Donate today to support journalism that brings Israel’s story alive.
SUPPORT ISRAEL21c
Read more on:   Activism, Social Action