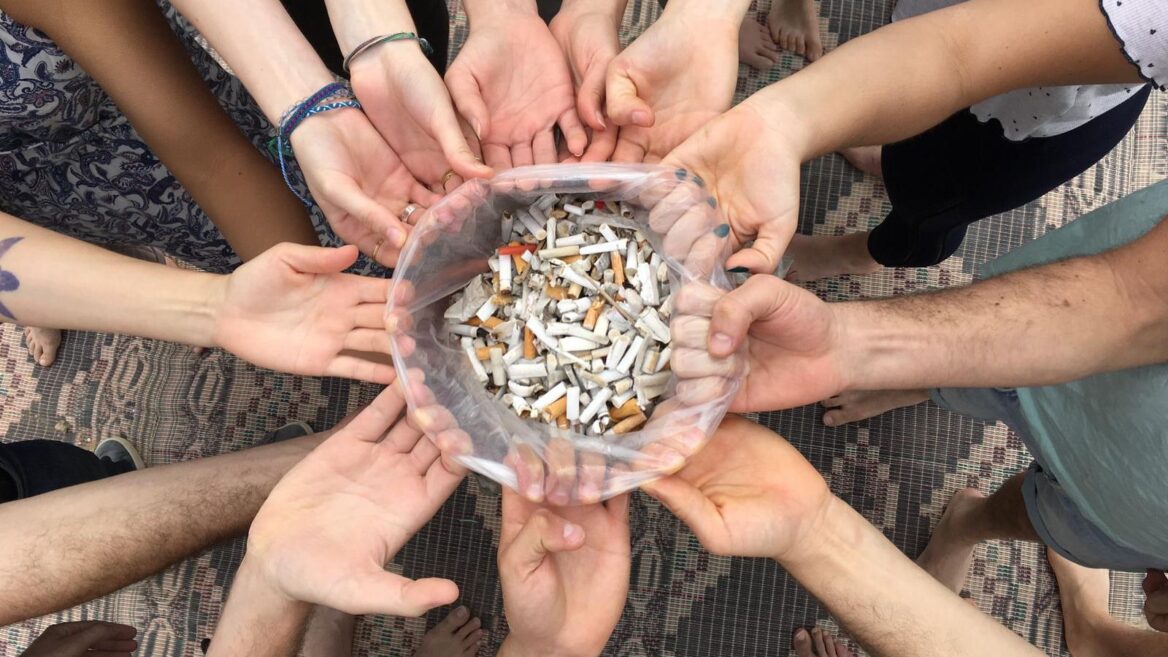 While Israel boasts plenty of beautiful beaches, a dirty little secret is that most of them are absolutely ridden with discarded cigarette butts.

As such, a day at the seaside is often accompanied by huge amounts of debris that belongs in the bottom of an ashtray, as well as an intense dislike of mankind’s polluting habits.

But while most of us make do with complaining about all this toxic garbage, 26-year-old Julian Melcer is actually doing something about it.

“The cigarette butt project started in 2018, in the summer, on my 24th birthday,” he explains. “I saw many cigarette butts on the beach and saw that people treated it like an ashtray, so I thought I would invite people via Facebook to clean up cigarette butts.” 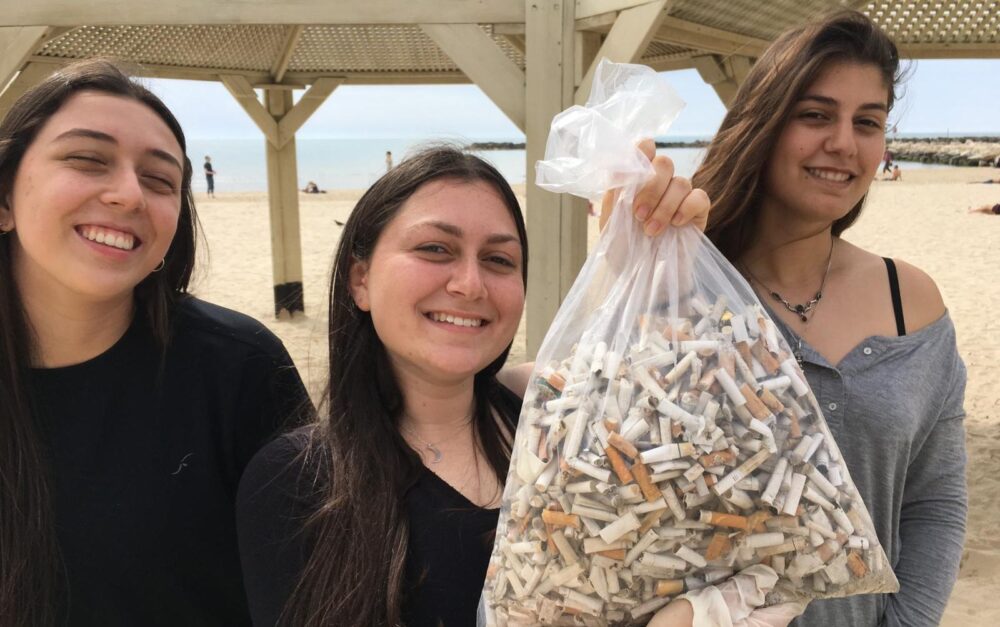 Some of the cigarette butts are turned into artwork, and a whole load are shipped off to a designated recycling facility. Photo courtesy Clean the Butts

Melcer’s friends and Facebook acquaintances joined him for his eco celebration, and that day they picked up a sizeable 5,000 butts.

The experience inspired Melcer to carry on with this endeavor, and he established the Clean the Butts organization that sees volunteers scour Israel’s beaches on the weekends in search for the butts left there. To date, they have cleaned up 160,000. 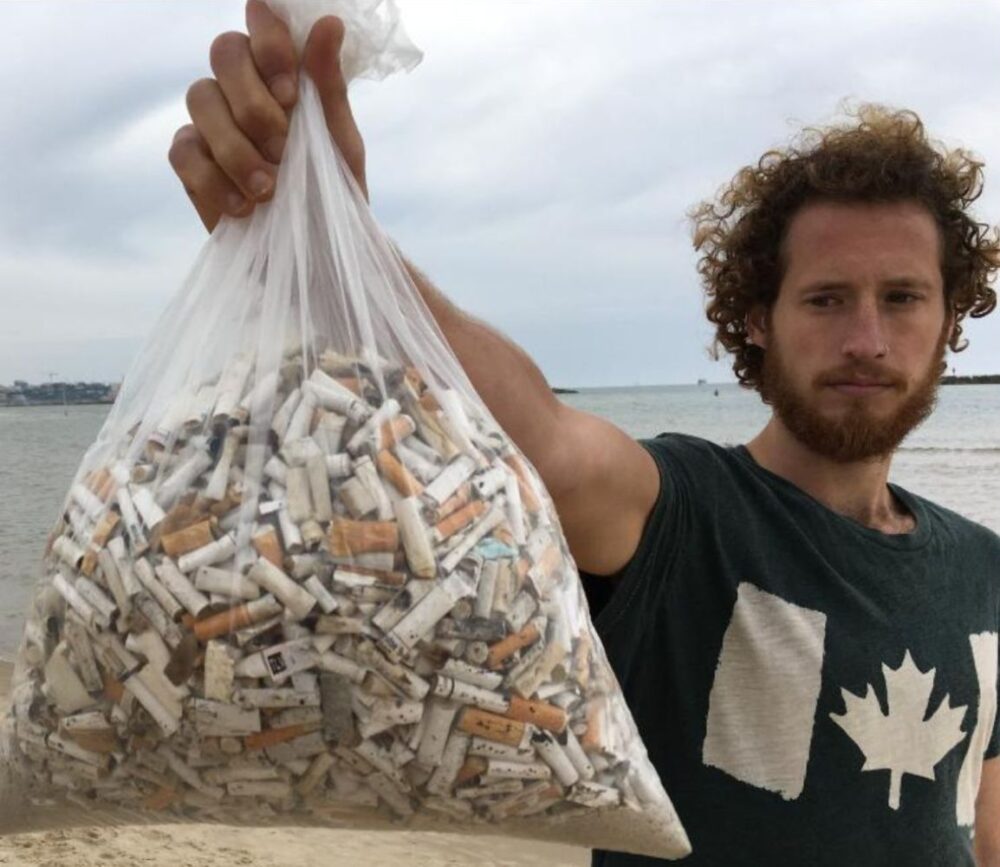 Julian Melcer began the initiative when he invited friends to do a cleanup on his birthday. Photo courtesy Clean the Butts

The group started off as an informal initiative, but prize money that it received from Tel Aviv Municipality and the Israeli Midburn organization – an offshoot of the Nevada Burning Man festival –for a statue made out of cigarette butts led Melcer to invest more of his time.

Last summer it took off in earnest and Melcer and his fellow volunteers began going out to beaches, mostly in Tel Aviv and surrounding cities, to pick up the butts and sell pocket ashtrays to beachgoers.  This, he says, provides them with an easy alternative solution to dumping their waste in the sand. 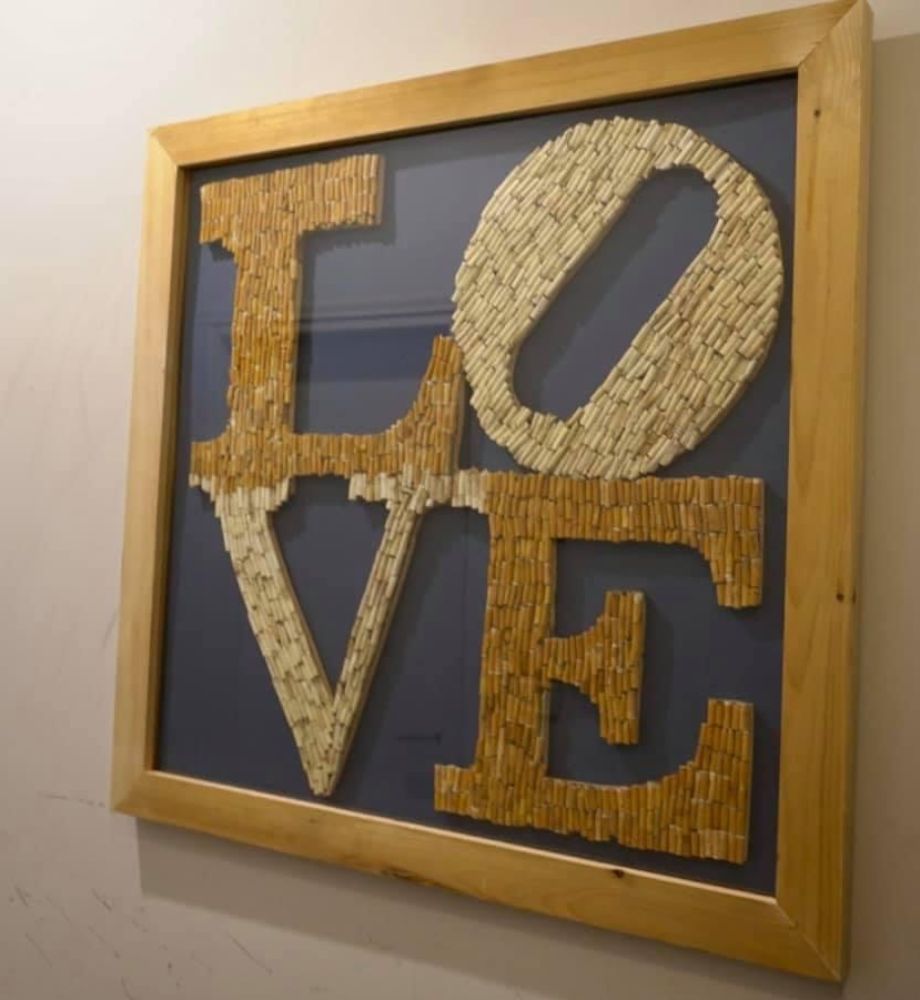 An artwork made out of cigarette butts picked up from Israeli beaches. Photo courtesy Clean the Butts

“Some people don’t like to be approached, but I would say that 90 percent are super grateful for the solution, and that we offer them a solution in real time,” he notes. “I would say 90 to 99 percent of the reception is extremely positive and warm.”

He says that last summer the group managed to sell some 9,000 pocket ashtrays and hopes that this season will be even more fruitful.

“The money aspect allows me to do the activism,” he says. “We import them from China. Our dream is to make them in Israel, but it will take some more time for that.” 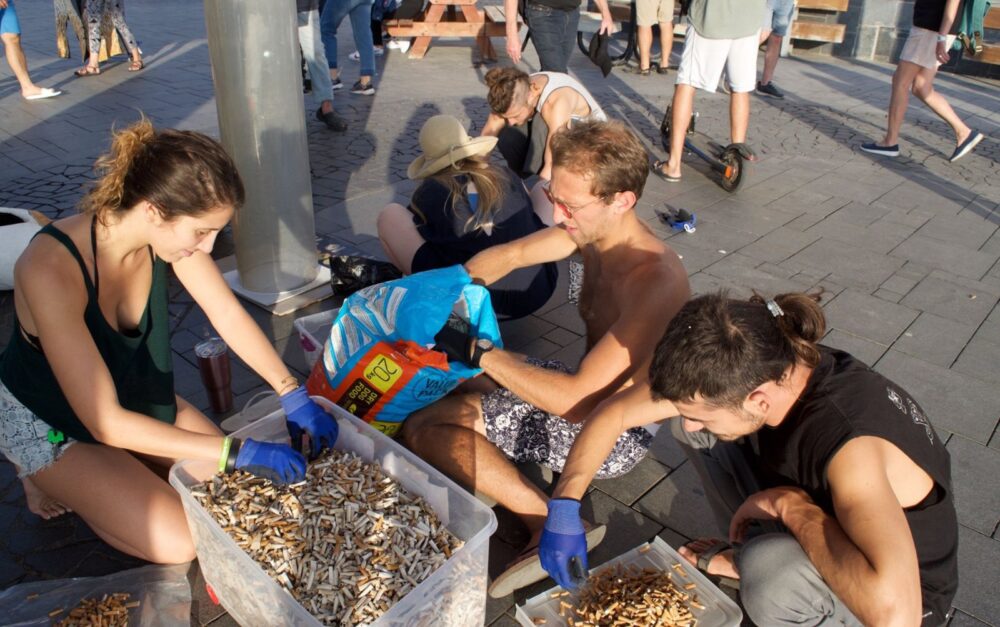 Volunteers spend their weekends picking up butts at the shore. Photo courtesy Clean the Butts

Some of the butts that are picked up are turned into artwork, while others – some 70,000 overall – are shipped off to a butt recycling facility in Ireland.

“Our next stage is really to work with municipalities about public ashtrays,” he says. “We want to have public ashtrays all over Israel that we collect from there and recycle it.” 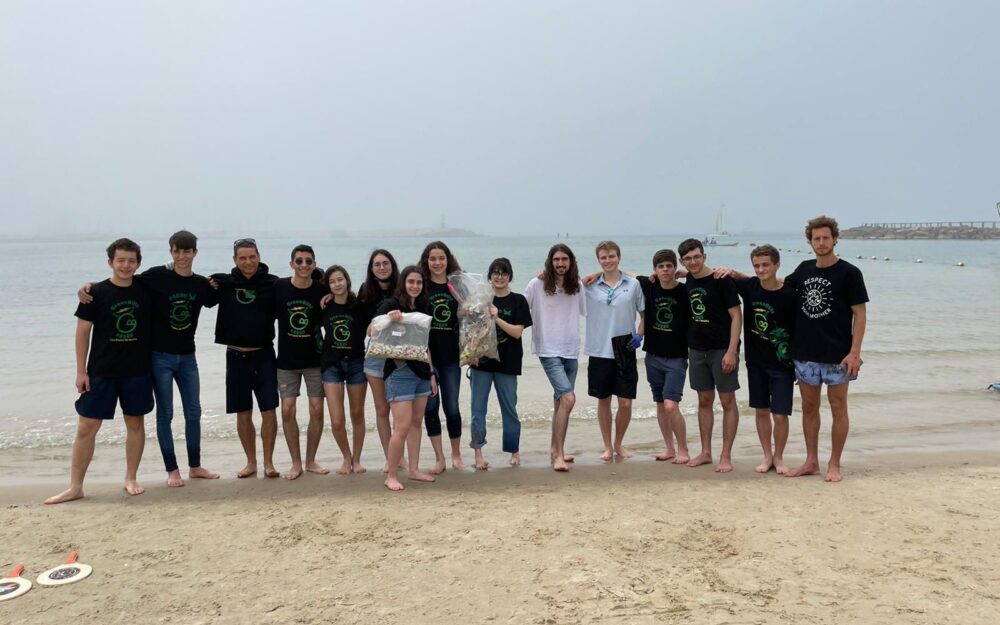 Volunteers at work. Melcer says their reception at the beach is most usually warm and positive. Photo courtesy Clean the Butts

On the cigarette butt front, meanwhile, Melcer is hoping to harness the project to not only improve the environment, but also relations with Israel’s neighbors.

“Hopefully, we’d like to be the cigarette butt recyclers of the Middle East. That I would say would be the top butt project,” he concludes. “Maybe we can turn the cigarette butts into something that brings more peace to the world.”