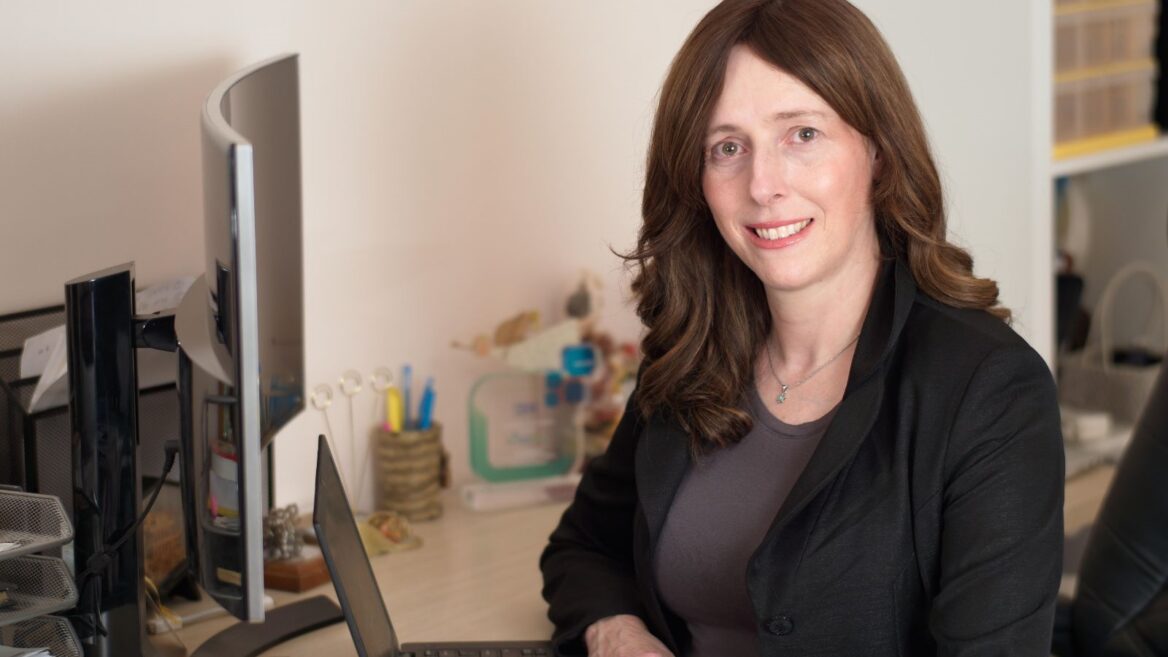 “On Friday morning I have on one ear a conference call and one hand mixing cholent, and with my foot I’m rocking the baby carriage,” says Ola Sergatchov. “That’s what my life looks like.”

Vice president of corporate strategy at Israeli data center and cloud security company Guardicore, Sergatchov was recently selected as one of the top 25 women leaders in cybersecurity of 2020 by The Software Report.

Sheis a rarity in the Startup Nation: An Orthodox woman at the top of the game on a largely secular playing field.

“I’m a human being, a haredi [strictly religious] person, and I’m still part of this big world,” she notes. “I’m just trying to get the word out that there is a way. It’s not easy but I think you can follow that path and it’s very beneficial at the end of the day for both sides.” 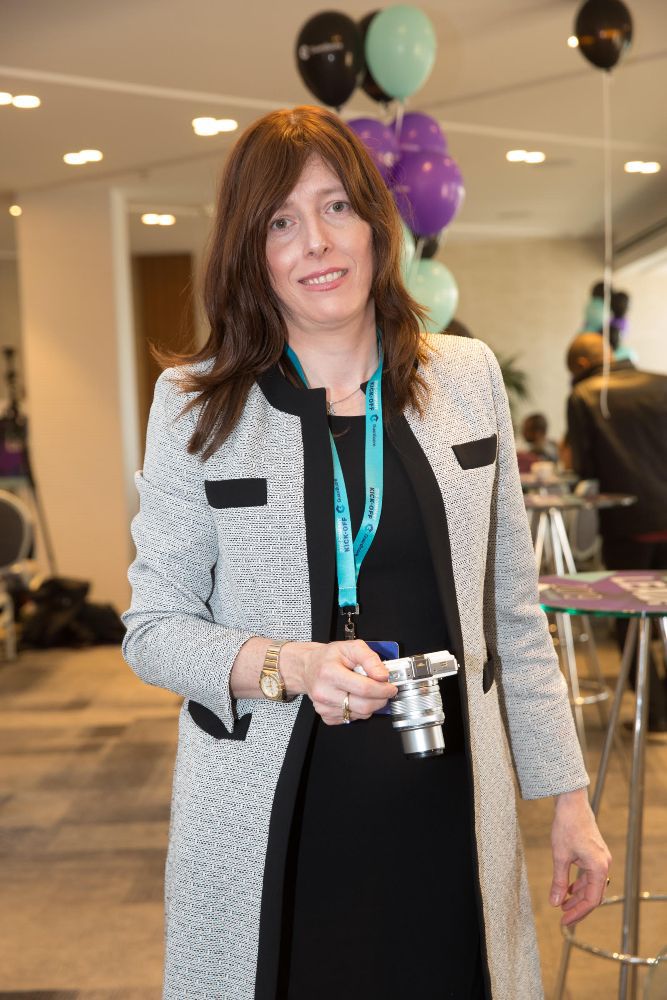 “I grew up in Russia for the first 17 years of my life. I became religious in Russia and that was one of the reasons I decided to come to Israel,” she tells ISRAEL21c.

She came to Jerusalem to study economics at the Hebrew University. But when her first husband turned her attention to the fact that she had what she calls “this head for programming,” she decided to switch to computer science.

She later moved to the United States, where she was struck by the fact that in contrast to the employment situation in Jerusalem, haredi Jews were greatly integrated into the American workforce and society. That’s also when Sergatchov met her second husband.

“He was working for IBM back then, he was an executive, and he was wearing a black yarmulke,” she says. “I just found this combination that I was looking for, of going out into the modern world and still inside the home and the family adhering to the values of Judaism and in particular of Hasidut [Hasidism].”

After obtaining a work visa, she took a job at a startup doing data-based security. “That was pretty much the start of my career in cyber,” she says.

That startup was sold to Oracle, where Sergatchov moved into business development before starting work at IBM, which relocated her back to Israel in 2016. She joined Guardicore in 2018. 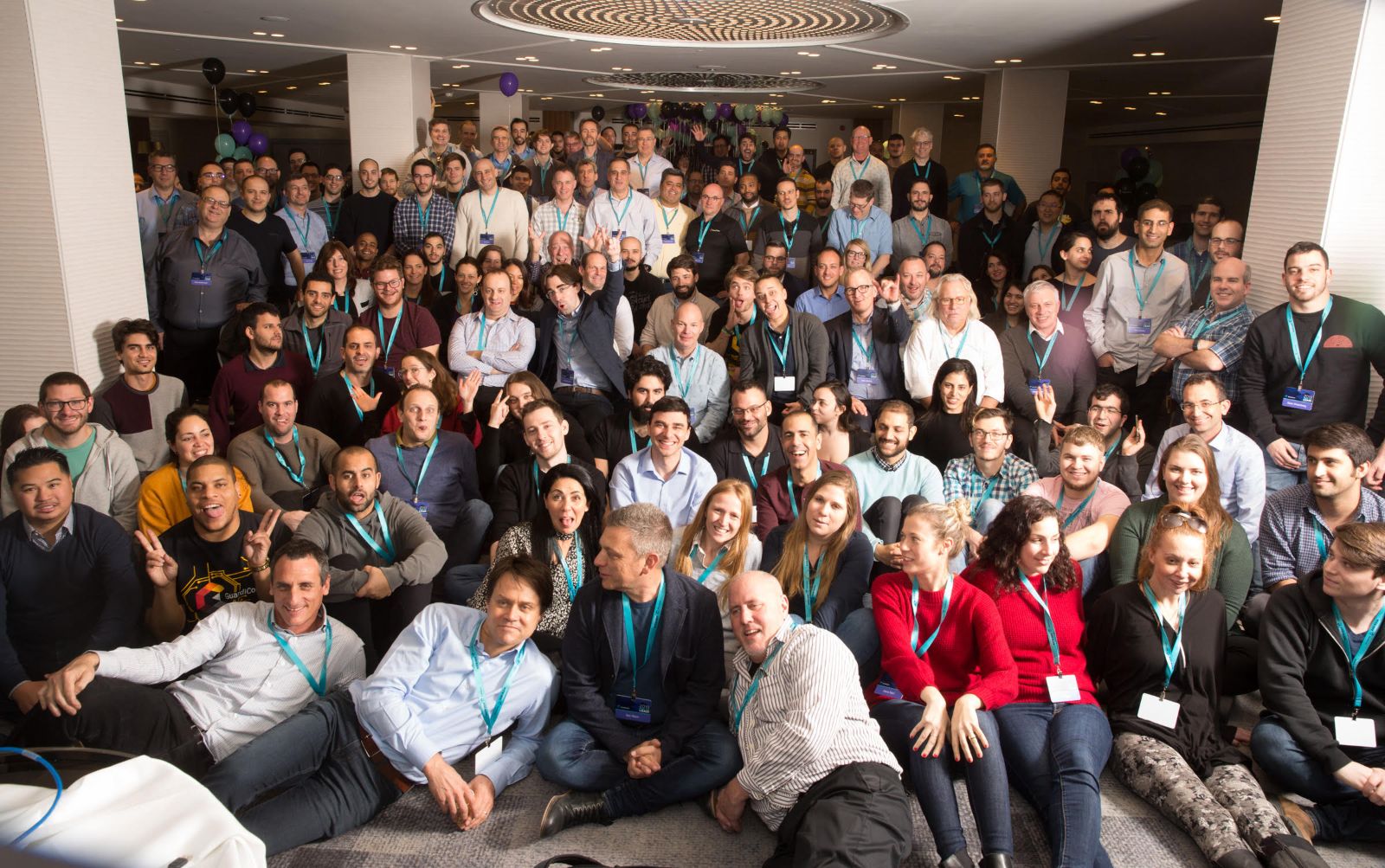 The team at Guardicore. ‘It was a perfect match for me,’ Sergatchov says. Photo: courtesy

“It was a perfect match for me,” she says. “It’s a real combination of smart people who have that solid culture of connection to something and making everyone feel they are part of not just a workplace but something bigger.”

As head of strategy, Sergatchov leads long-term processes and initiatives involving technical, product and customer aspects of the work.

“There are certain things that take time to develop. It takes two three years to see the fruit, and that’s where I come in,” she says, giving as examples developing strategic relationships with global system integrators such as Accenture and Deloitte, as well as overseeing Guardicore’s customer advisory board.

Cybersecurity, Sergatchov notes, now looks very different than it did when she started working.

“Now the entire world is interconnected. The concept of the perimeter is completely gone. You have to go beyond the concept of defending your castle.”

This means a shift from centralized to distributed security. Protection is required for assets and endpoints such as desktop computers and security cameras.

“You’re making sure you’re applying security at the point that you’re protecting,” she says. “Walls don’t work; you can break them.”

Cybersecurity also has become more proactive, she notes. “Beforehand we tried to block all things. Now you try and have more knowledge. We’re trying even to predict what’s coming next.”

As well as technological evolution, Sergatchov notes the changes the local high-tech industry is undergoing in terms of personnel. There is a gradual addition of religious employees to formerly completely secular companies.

“There are a few things that are maybe a little bit of a challenge from a religious point of view,” she says. For example, the lack of kosher kitchen facilities and a work culture that may not meet Orthodox modesty standards.

Yet, she notes, solutions can be found for most things – a kosher microwave can be added in the kitchen, for instance.

“If you look at the work environment, in the professional environment, people are willing to make a lot of steps toward each other, to accommodate each other,” she says.

“Ten years ago it was unheard of that you’d make accommodation for a religious person in terms of how you conduct business,” she adds. “Today, our secular employers are willing to make these accommodations because it’s a two-way road: when you make one step the other side will make a step as well.”

An advocate for the participation of religious women in the high-tech industry, Sergatchov is pleased to see more women entering the industry.

“I’m getting more and more job applications from haredi women. Ten years ago I would not see that at all,” she says.

Changes such as the ability to work from home and flexibility when it comes to working hours are also encouraging this change, she says.

“Today it’s much more mainstream, especially now with the pandemic you realize it’s doable,” she says. “That allows women to get better integration in the workforce.”

Although Sergatchov is the only woman on Guardicore’s executive management team, “I don’t think that anything prevents you from reaching that,” she says. “In high-tech, you’re measured on your skills and abilities and motivation.”

Still, she concedes she had to make personal sacrifices for her career. She believes both men and women need to find the right work-life balance.

“It’s either equal responsibilities in the house and the workforce, or something’s going to fall in between,” she concludes. “There’s only 24 hours in a day.”