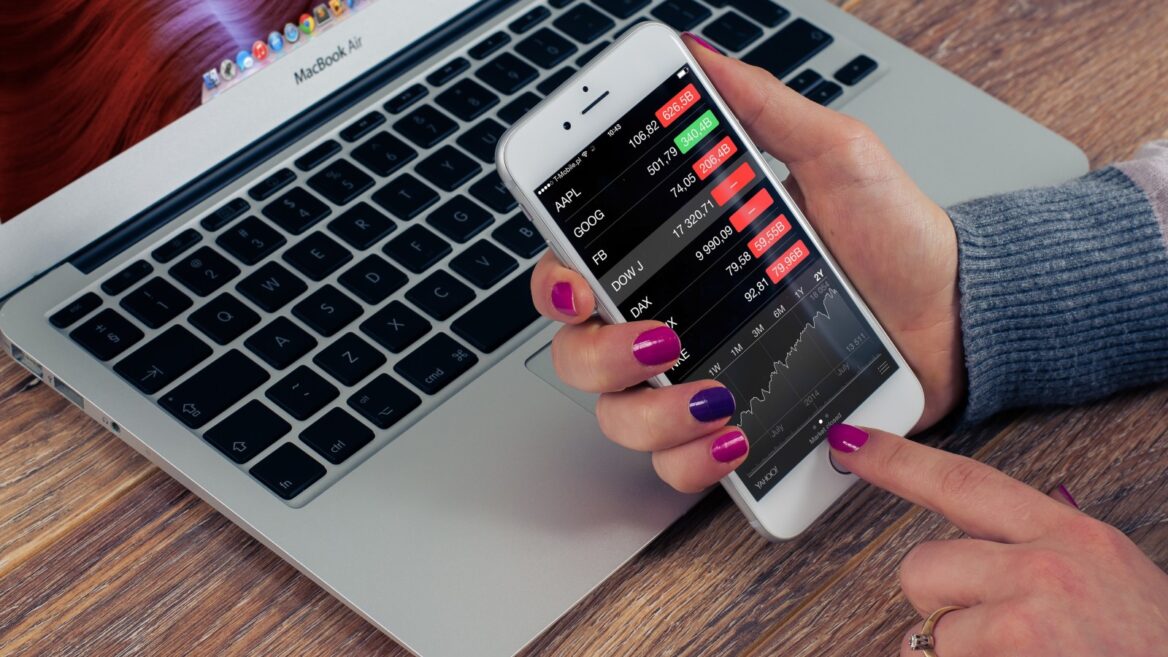 Photo by Firmbee.com on Unsplash

Over the past few years, a strong financial technology ecosystem has evolved in Israel. According to FinTech Aviv, there are more than 850 fintech companies in the Startup Nation.

Fintech also has emerged as a high-tech sector where women are taking management positions.

London-based fintech research and analytics provider Findexable reports that in 2019, the proportion of women in senior management roles globally grew to 29 percent, the highest number ever recorded.

Findexable is conducting a Gender Diversity Radar Survey with the University of Illinois “to understand how fintech firms are supporting women in the workplace and gender diversity within the industry.”

Meanwhile, ISRAEL21c spoke with six female fintech trailblazers to find out what drew them to this field and how a woman’s touch can help drive its success. 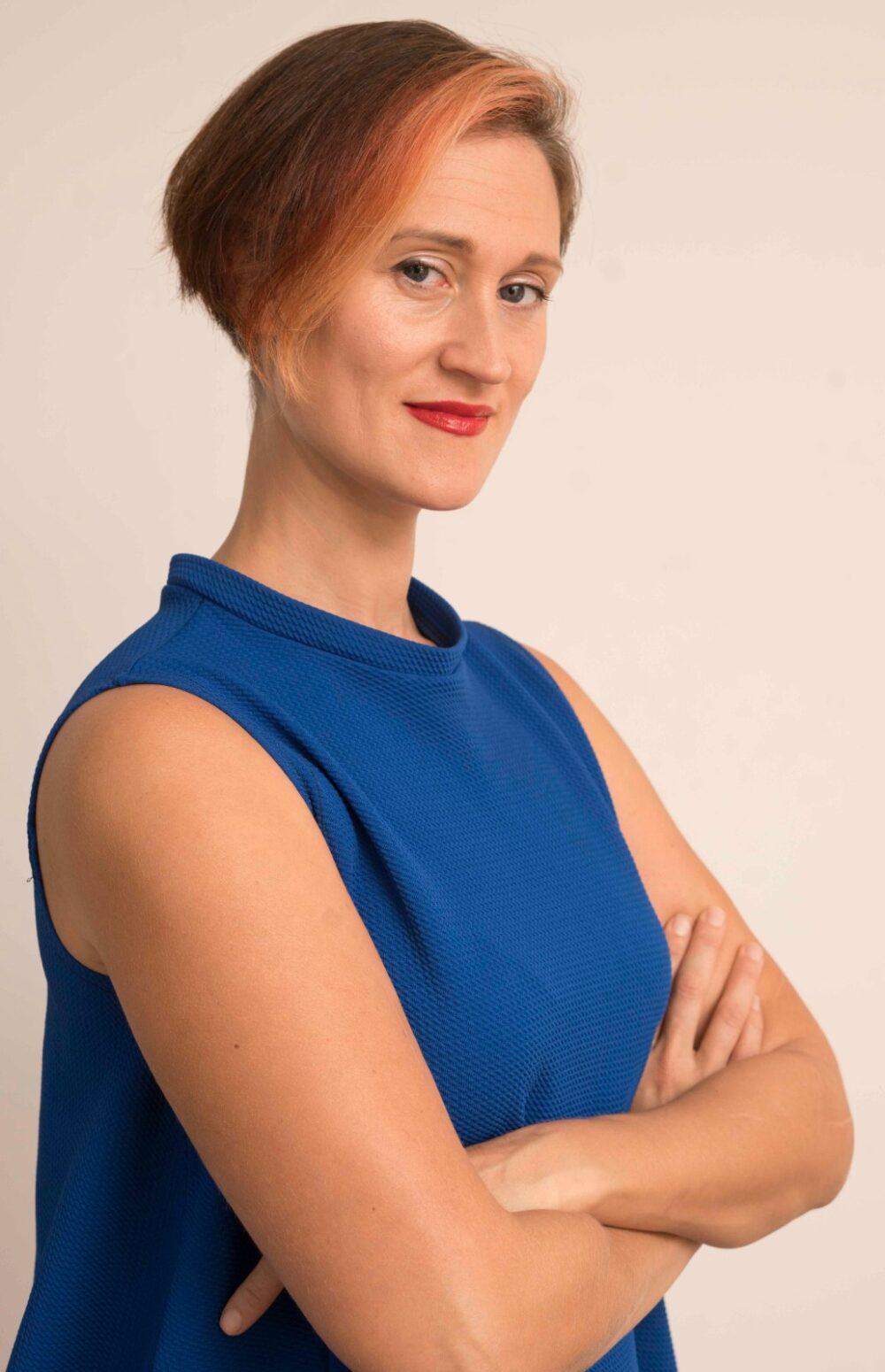 “In Israel, the fintech space has a lot of incredible women,” says Tamar, 37, whose career started 17 years ago as a Wall Street analyst while earning her master’s in economics.

In her native Ukraine, “there was a super centralized economy, and we didn’t know anything about business.” She moved to the United States for high school and college after the collapse of the Soviet Union and its economy.

Tamar fell in love with Israel on a Birthright trip, deciding to come and live in the Startup Nation after graduate school. She worked as a business analyst and then financial engineer, creating index funds from products including real estate.

“I always touched upon finance and real estate. A decade into being in Israel, I became a startup entrepreneur. Then I discovered blockchain and it changed my worldview,” she tells ISRAEL21c.

When Tamar learned of SolidBlock, it checked all her boxes. This startup combines blockchain and prop-tech, enabling investors to tokenize real-estate assets and sell shares for fiat or cryptocurrency. In January 2020, she joined Yuval Wirzberger as cofounder and became co-CEO earlier this year.

“Having a man and a woman as co-CEOs is an advantage because women-led companies raise less money; that’s a known fact. But I get a lot of exposure for being a woman in this space,” she says.

“There are a lot of women in finance in Israel, particularly in banks. Some then make a leap into technology,” says Tamar, who created the Women in Block business group with members from about 20 countries.

“All investors and clients need to see from women is absolute confidence,” she says. “Know what you’re worth and project that to the world.” 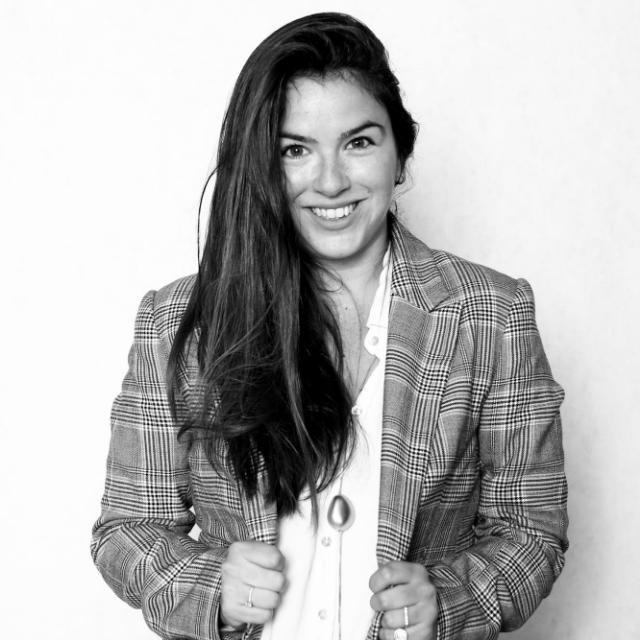 Michelson, formerly a software engineer at Intel, was looking for a new career direction and found it in business development. She used classic Israeli chutzpah to enter social banking and mobile P2P payments company PayKey through the bus dev door.

“I contacted the CEO to ask if they had a bus dev representative and they didn’t. He asked me if I had experience and I said no, but did he have experience as a CEO when he started? He liked my chutzpah and hired me.”

During four years at PayKey, Michelson became passionate about fintech and joined the European Women Payments Network. About 18 months ago, she started Fintech Ladies IL.

“We had 20 or 30 women at the first meeting and now we have 1,100 members. At the last meetup event we had, in January 2020, about 150 women came to hear speakers such as Facebook Israel GM Adi Sofer Teeni,” Michelson says.

“We recently started ‘Fintech Lady of the Week,’ a spotlight on different amazing individuals.”

Last year, Michelson decided to ride the blockchain wave and made another cold call – this time to the CEO of GK8, a Tel-Aviv based cybersecurity company enabling financial institutions to manage and safeguard digital assets including offline blockchain transactions.

This time, she already had experience working with international banks, and she easily landed the job as director of global sales.

“Globally, fintech opportunities are becoming more approachable to women, and in Israel you see banks like Leumi where all the executives are women,” says Michelson, 32.

“Being female gives you an advantage because finance used to be a male-dominated world. Females bring a different point of view, and I leverage that.” 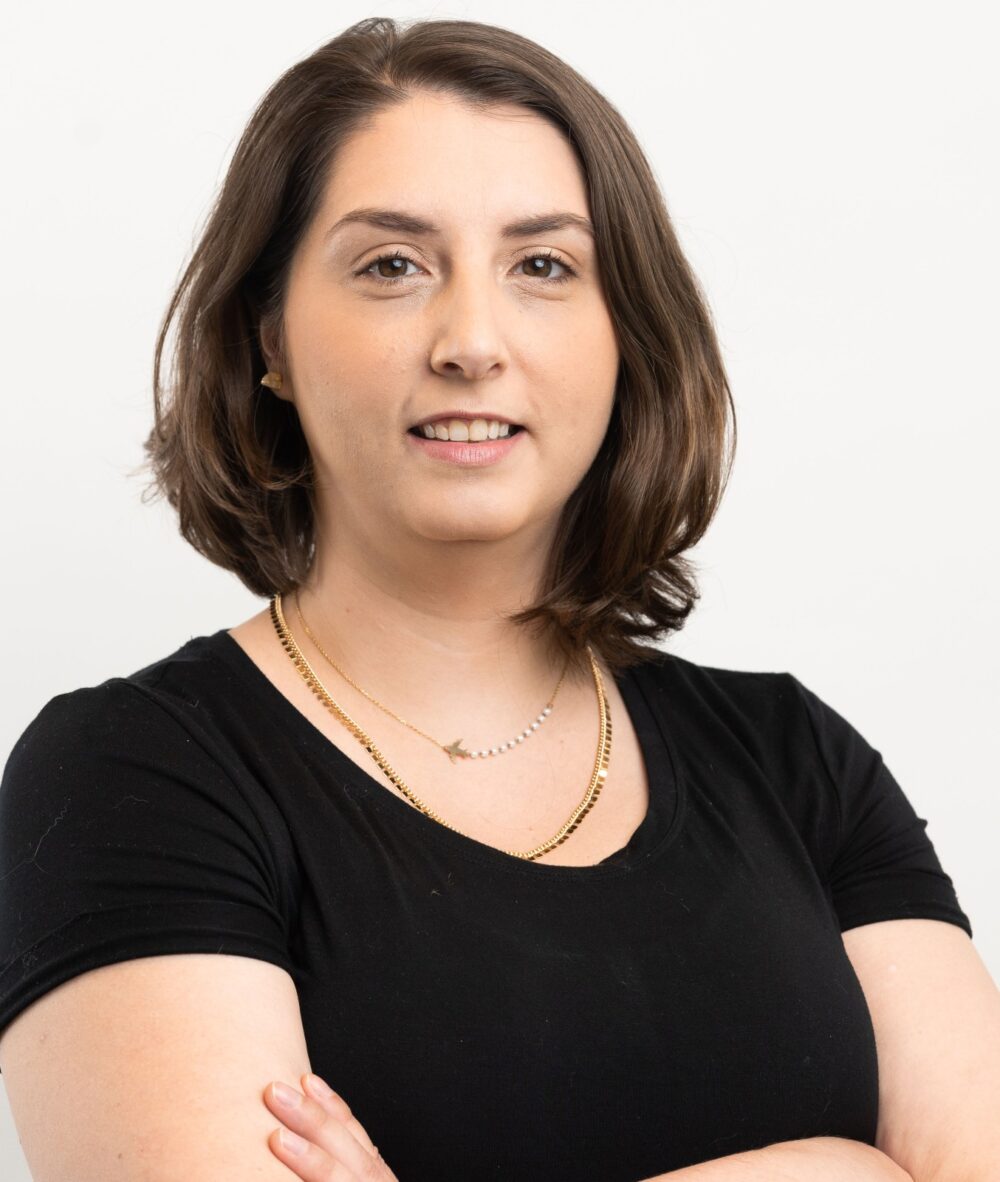 Matana Soreff, VP of risk and compliance at Melio. Photo by Michael Tumarkin

“I’ve been in the payments and fraud space for about 10 years,” says Soreff, 33.

“When I came to Israel a little over 10 years ago, during my MBA program at IDC Herzliya I worked in the back office of a forex firm. That’s where I saw fraud prevention for the first time in a real way and I got interested in that.”

Soreff became one of the first employees at ecommerce fraud prevention company Riskified in 2013, eventually managing a staff of 50.

Then she helped build the cryptocurrency payments system at Simplex and finally was recruited by Melio, where she’s been head of risk and compliance since early 2019. Melio offers an online B2B payments solution for small and medium US businesses.

“My team is the fraud and compliance screening gatekeeper for users coming to our platform, and the referee making sure users follow all our rules once they’re in system,” she explains.

Eight of Melio’s 17-person senior leadership team is female. Soreff’s 18-person team is more than 70 percent female and half immigrants. “Statistically it’s unusual, but as a female manager I think it’s very natural,” she tells ISRAEL21c.

“The way women manage is much more intuitive than the goal-oriented way men manage. If my team is not happy, we’re not going to hit our goals. When I interview people, I’m looking at different qualities than men do. Our job is highly based on intuition. We have to judge users in a matter of minutes, and of course there’s a lot of data but also a lot of psychology involved.” 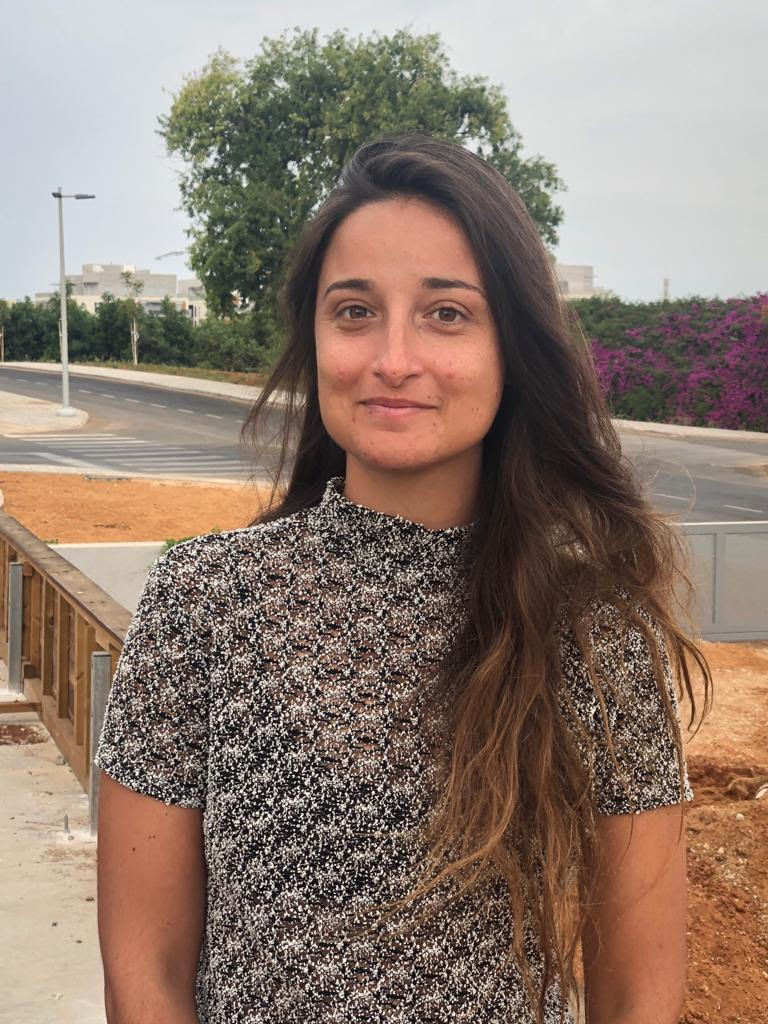 Orenstein, 32, came to fintech after earning a degree in law. “I did not study anything related to fintech, but I understood my path was in technology and I could see the value of technology in the financial industry,” she says.

She founded a startup and then worked in the security industry, where she was one of the only women in management.

As director of product management at payables automated solution provider Tipalti for the past year, Orenstein introduces new technologies to accounting teams that are still working with old-fashioned processes.

“In fintech today, there are many opportunities because accounting has not evolved enough in terms of technology,” she tells ISRAEL21c.

“Tipalti is a very female-driven company and I definitely feel very comfortable here being a woman,” she says. “A large portion of our customers are women in the US on accounting teams.”

Orenstein is involved with a year-old forum, Women in Tipalti, which plans events and speakers to advance the professional development of female employees. 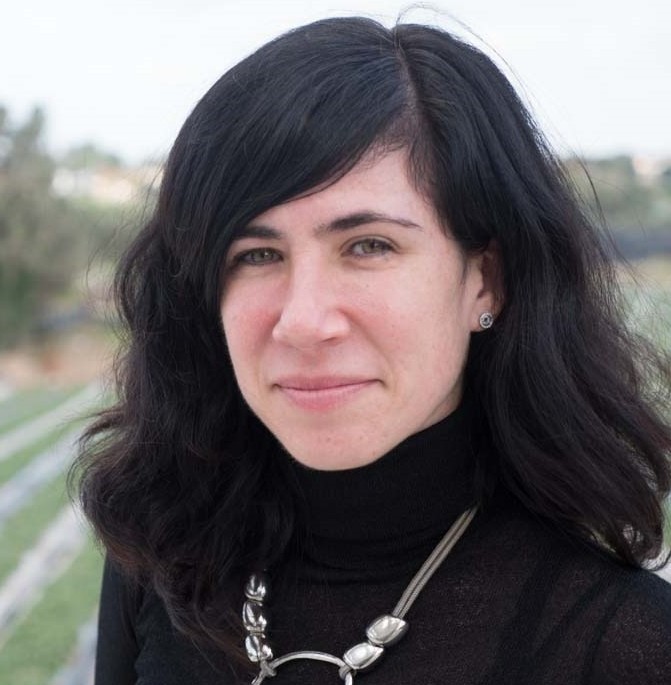 Maia Naor, 37, has a decade of fintech experience and has been pioneering the new tokenized economy at INX since it was founded three years ago.

“When I was fresh out of university with a major in math and economics, I was contemplating what to do and a position in fintech seemed a great starting point,” she says.

She started as a data analyst in a small company where she worked with the current CEO of INX.

“I was lucky; they gave me the opportunity to shine. This was around 2008, when the field of product wasn’t so constructed yet. As the company grew and we realized product was an integral part of the business, I got the chance to lead those efforts and I’m very passionate about product management. You get to be part of envisioning something and seeing it go live.”

Naor says Israeli developers “are still mostly male but I am seeing more females coming into product. My last team was all female. I think women tend to steer away from technology, thinking it’s not a natural fit and they’d be better suited for other industries. However, I’ve found that that’s not necessarily the case.”

Her advice to women interested in fintech: “Invest your first couple of years really gaining knowledge and building confidence, so you can break into the field with the proper toolset.” 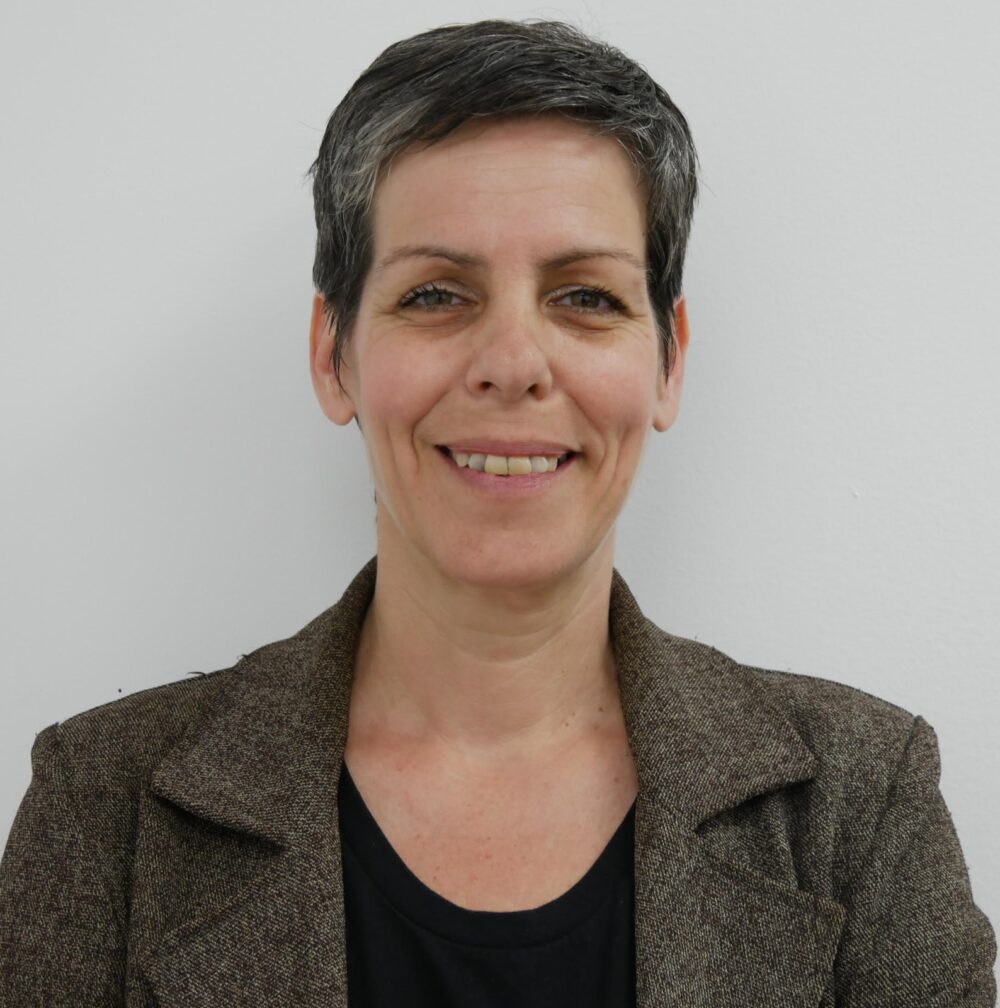 Taras, 45, moved to Israel in 2017 from Croatia. An economist by training, she had helped small and medium businesses get funding from the European Union.

“I got into fintech by accident,” she tells ISRAEL21c.

“I applied to Coinmama not knowing exactly what kind of job it was. I started in the compliance department. I had no previous experience in fintech, and they gave me a chance. I have very good colleagues, and Coinmama pushes employees to find the best in themselves. I even took some courses with the encouragement of the company.”

A few months ago, Taras became senior risk analyst at Coinmama, where more than 20% of the management team is female.

Coinmama streamlines the secure buying process with payment options to support simplicity and accessibility of Bitcoin. Serving about 2.7 million users in 188 countries, the company employs 60 people.

“People are surprised that I work in a cryptocurrency company, but Israel is more open to women in this field than in Croatia. There is a big difference,” Taras tells ISRAEL21c.

“Fintech is very interesting and challenging and there are many options to explore.”

UNCOVER ISRAEL - Get the ISRAEL21c
Weekly Edition free by email
Sign Up Now!
Bring Israel's story to life.
Millions of people around the world rely on us to gain a deeper understanding of Israel. We are the trusted source for original content you won't find anywhere else.
You can make a difference. Donate today to support journalism that brings Israel’s story alive.
SUPPORT ISRAEL21c
Read more on:   Technology, fintech, Tipalti, Melio, SolidBlock, GK8, Women in high tech, women entrepreneurs