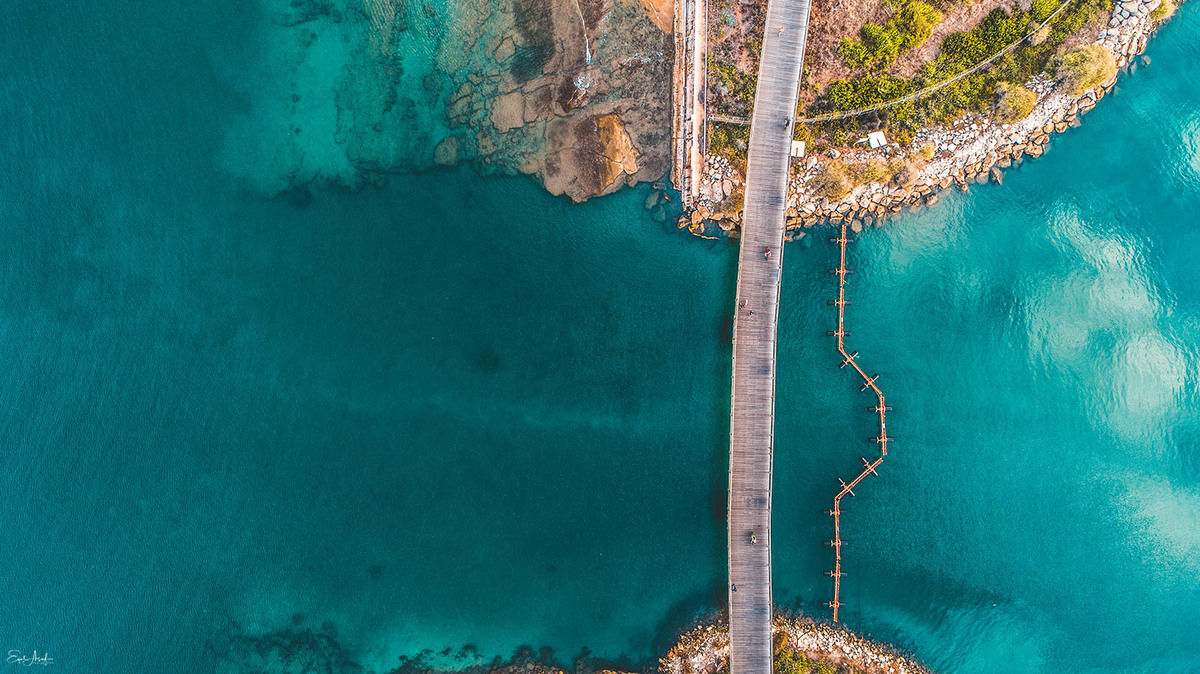 The Reading Promenade bridge in Tel Aviv as captured from above. Photo by Eyal Asaf
#BirdsEyeView

Marvel at Israel from above with these 9 breathtaking pics

Photographer Eyal Asaf shares both his aerial and more traditional landscapes of Israel and gives a bit of advice to shutterbugs.

One of the best things about landing in Israel has to be the sight of the Tel Aviv coastline unfolding before you as the plane descends toward the airport.

But with a global pandemic standing in the way of air travel, marveling at Israel from a plane window is not really an option – which is why these images by photographer Eyal Asaf are even more special right now. 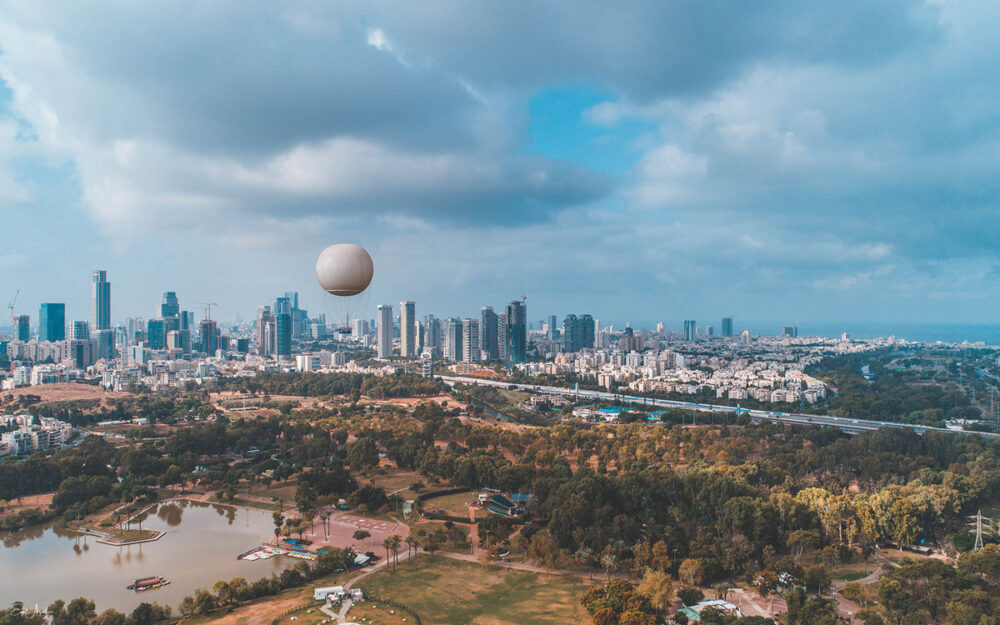 A bird’s eye view of the Yarkon Park and the Tel Aviv skyline.Photo by Eyal Asaf 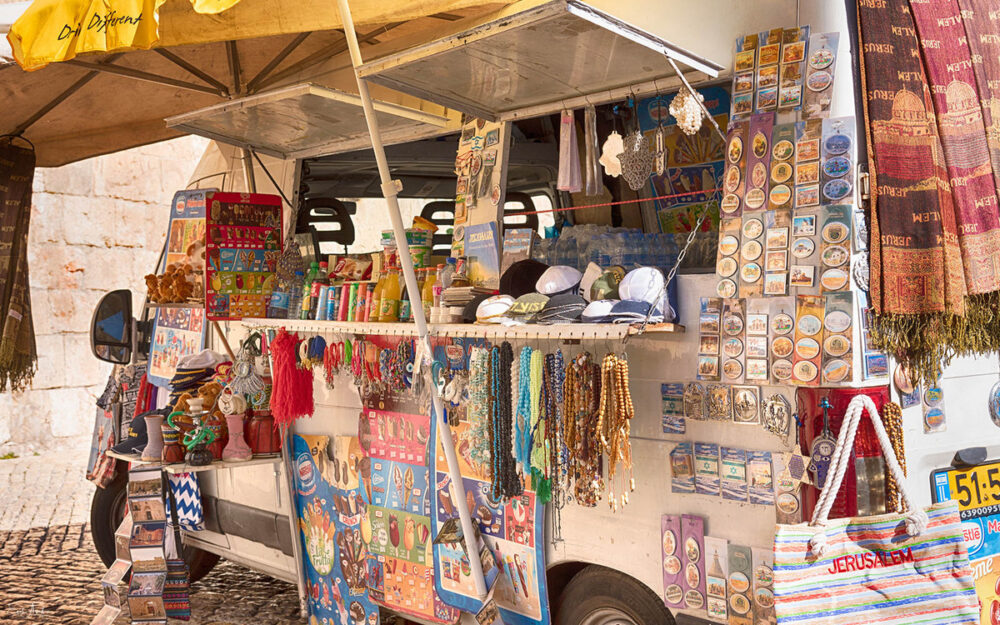 The father of two resides in central Israel but travels up and down the country to capture his images. His favorite area is the north because of its abundant greenery and water. 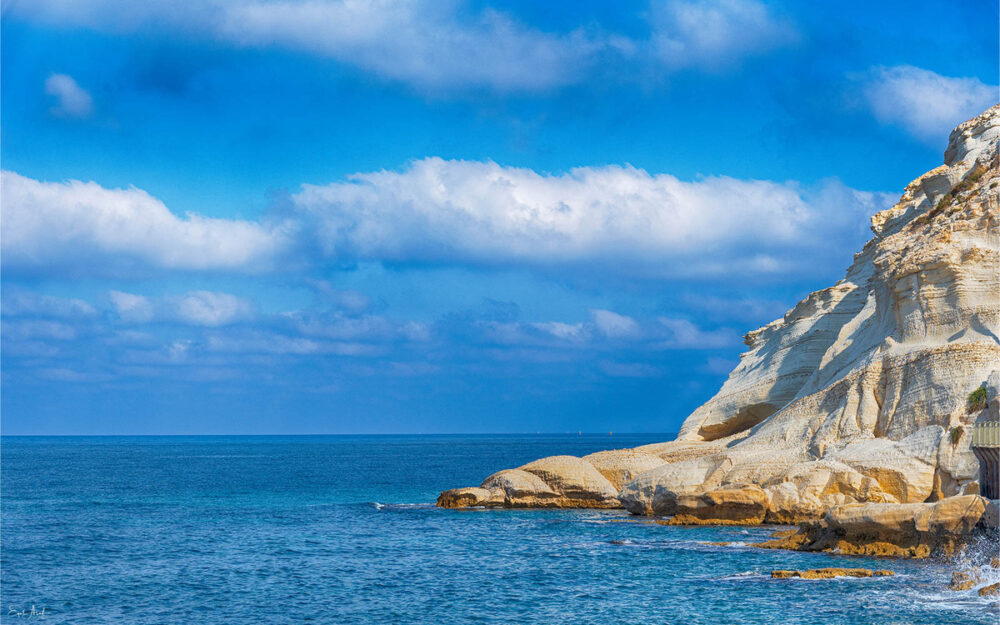 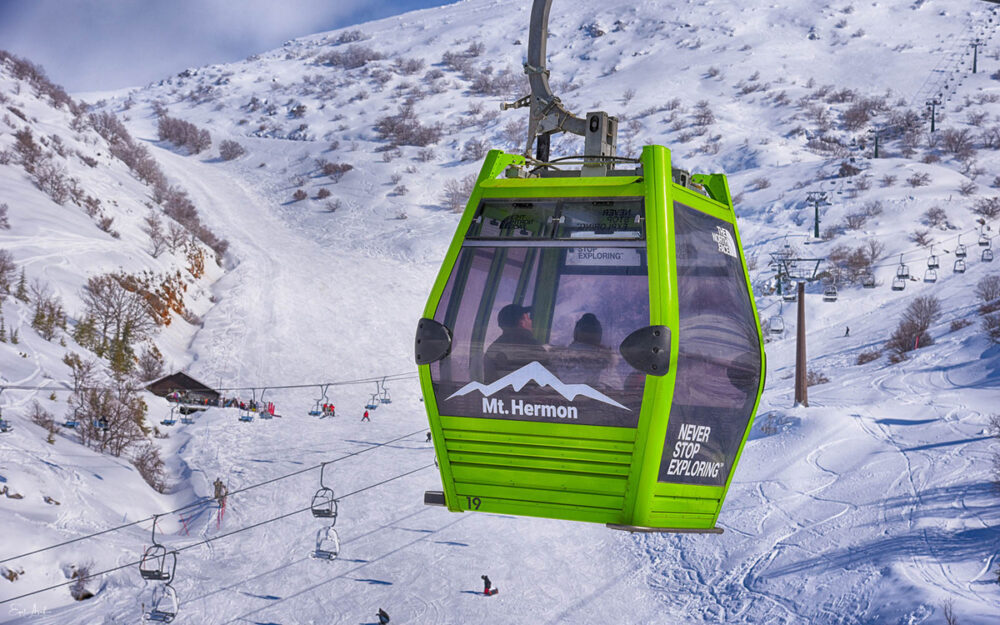 A ski lift on the snowy Mount Hermon at the very north of Israel. Photo by Eyal Asaf

“I usually wake up very early and leave around 3 or 4 AM to make it in time for sunrise and before the crowds arrive in order to photograph nature without too much crowding,” he says. “I usually photograph alone. I enjoy being alone with nature; that’s how you reach the best results.”

Asaf uses both traditional cameras and drones to capture his shots of Israeli nature and landscapes. Drone photography, he says, has greatly advanced in quality recent years.

“It’s already getting closer to professional cameras – it’s not there yet, but it’s getting very close. You can get really nice results.” 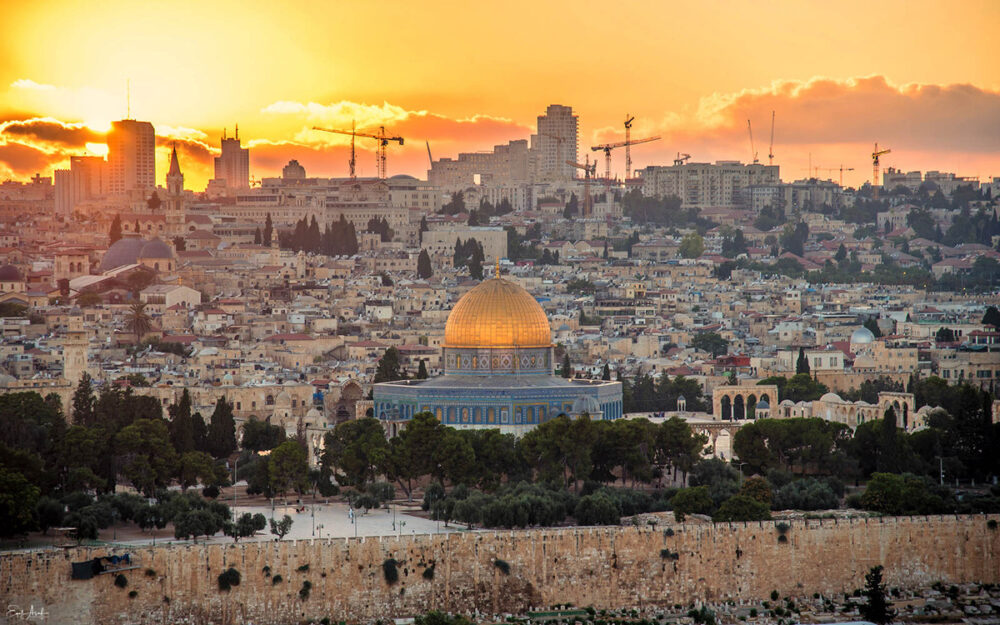 The Temple Mount in Jerusalem’s Old City against the backdrop of more modern development work. Photo by Eyal Asaf

The coronavirus crisis and lockdowns in Israel, he notes, have predictably impacted his work.

“I’m of course not going out and taking photos because there’s lockdown and it’s prohibited, but I’m still uploading and publishing materials I haven’t shared before. I have more time to go over my very, very extensive archives,” he explains. 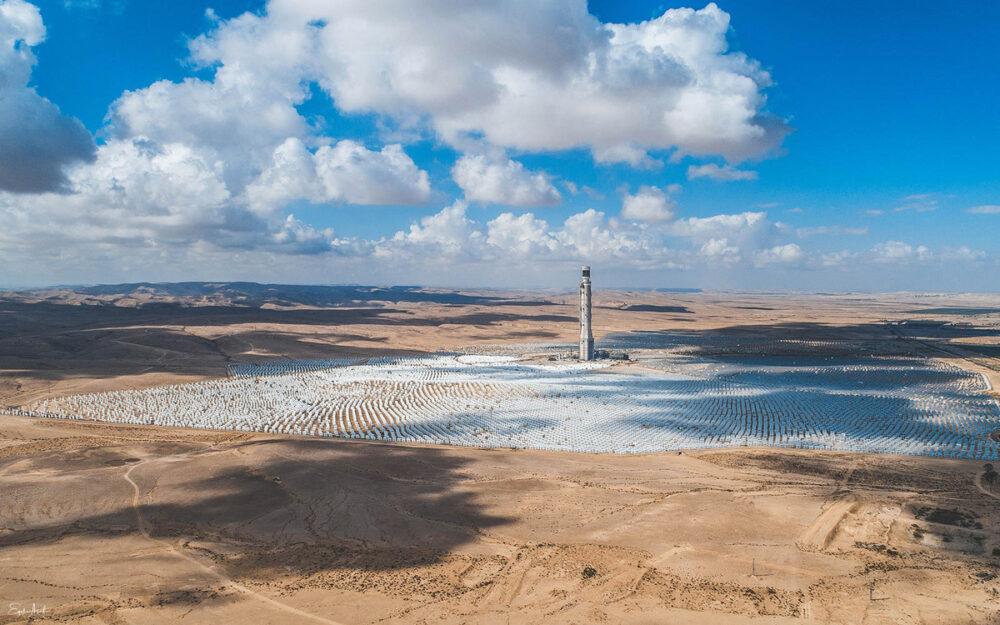 Asaf shares his work on Facebook and Instagram, where his photos reach tens of thousands of followers. Government offices and embassies use his photos to promote Israel’s image abroad.

Looking forward, Asaf is keen to get out and photograph more sites across Israel. 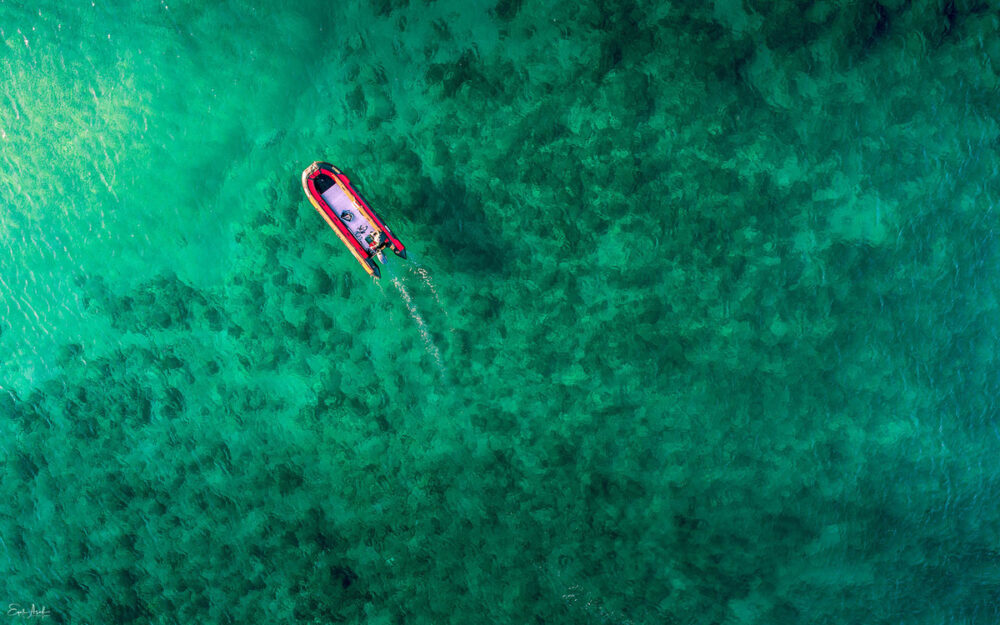 A lone boat rocks at sea off the coast of Caesarea. Photo by Eyal Asaf

“I always have a note on my phone to which I keep on adding places to photograph. The next place I think I’ll go photograph after lockdown is Ein Afek, a nature reserve in Haifa. But I have a pretty long list that I keep on ticking off,” he says.

“There are also places that I return to in different time periods,” he notes. “Whenever you go back to the same place you find different angles. It always photographs differently and looks different.” 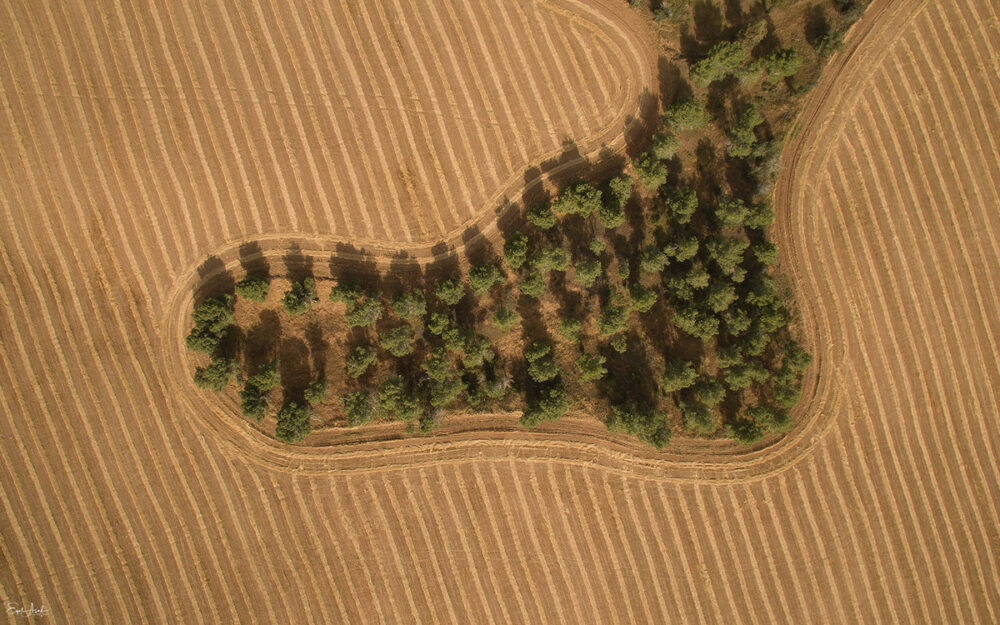 Trees stand out against a background of crops at Kibbutz Dorot in southern Israel. Photo by Eyal Asaf

Asaf encourages budding photographers to just get out there and keep snapping, because “experience will do its thing” and there will be steady improvement.

“Of course, you also need to be familiar with the most basic rules of photography,” he adds. “And always keep up to date about the best editing software and the best equipment.

“But just take photos. Take photos and with time you’ll know exactly what it is that you’re seeing,” he concludes.

Asaf’s photographs can be viewed and purchased via his website.