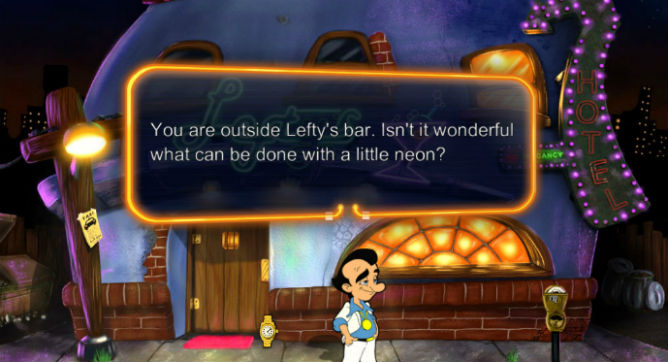 As the saying goes in journalism, “If it bleeds it leads.” The more gore and tragedy packed into a news story, the more papers it will sell.

The same is pretty much true in the gaming world. Shoot-em-up video games with soldiers, zombies and convicts – your choice of machine gun, machete or nunchucks – make so much money that game developers have little interest in giving life to more intelligently designed adventure games.

But Israeli game developer Oded Sharon from Adventure Mob thinks differently. He sees a market in the kinds of video games he loved in his youth from the Quest series, including a cult favorite called “Leisure Suit Larry.”

“The genre called ‘adventure games’ are games in which you follow a story. They are more puzzle oriented – games that make you think instead of shooting. Studios think it’s a genre considered dead in the past decade, where there have been less and less of these types of games [on the market],” Sharon tells ISRAEL21c.

“The major reason there is a lack of funding to these games is because the investors don’t think they can make money,” Sharon continues. “Killing games make millions more. Still, adventure games are the one kind of game that I have a real passion for. They are games that I like to play and like to make.”

Looking to fans for funding

A new crowd-sourced fundraising round will now help him breathe new life into “Leisure Suit Larry.” 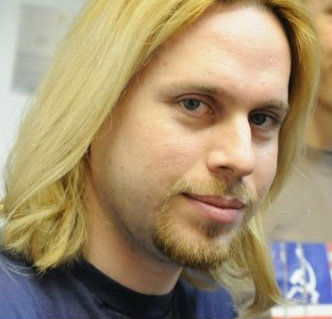 Oded Sharon aims to revive video games he loved in his youth.

Written by Al Lowe and published by Sierra from the late 1980s until 2009, the game’s main character is lovable but dorky Larry Laffer. His mission is to seduce attractive women, which for the most part he is unsuccessful at doing.

Sharon, 35, who spun off Adventure Mob from his 2007 company Corbomite Games, had been in touch with Lowe for 20 years as a fan and later as a colleague. So it seemed natural that he would bid for a chance to return “Leisure Suit Larry” to all his glory.

After securing the rights to the game, Sharon tried unsuccessfully to secure financing the traditional way. He then took his plan to online fundraising platform Kickstarter, and met the goal of a half-million dollars –– and $100,000 more –– on Israeli Independence Day in April. “We crossed our goal and then there were fireworks in the sky,” he laughs, referring to the celebrations in Israel.

While Kickstarter funders are not considered investors, they receive prizes based on the amount of their pledges, such as advance copies of the game and “Leisure Suit Larry” T-shirts. The highest pledge of $10,000 will get the donor a flight out to the US West Coast to spend the day with Lowe.

In Herzliya Pituach, the year-old Adventure Mob’s 20 designers, developers and programmers will work with the original creators of “Leisure Suit Larry” to give it a 2012 feel.

When completed, Sharon’s new gaming platform will make it easier for adventure game developers to create their own at one-fifth of the cost. Whereas it could take $1 million to take a game from the inception to publishing stage, Sharon says his technology engine could shave that down to just $200,000.

“It’s pretty expensive to make a good adventure game,” he says. “You need voicing and to consider all the possibilities. We … found a new way to make adventure games cost effective.”

His previous company designed and developed games for rock bands, as well as phone games and the popular Pizza Morgana.

The new version of “Leisure Suit Larry” should go live by the end of the year. If it succeeds, Sharon hopes to be able to update all his first-love video games, especially the ones from the Quest series.

He has bucked the trend to move his company to Silicon Valley, where other tech startups from Israel tend to flock.

“First of all, this is my home country and I want to make games here and not move to the US. We are running the local chapter of the International Games Association and have seen the growth in the industry over the last decade. A lot of advancements and now some big games are coming out of Israel,” Sharon says.

Meanwhile, Sharon announces he is also working on his own creative game ––based on someone “really famous in the ’80s.” Michael Jackson?

“You are in the right direction,” he says, not elaborating any further.

UNCOVER ISRAEL - Get the ISRAEL21c
Weekly Edition free by email
Sign Up Now!
Bring Israel's story to life.
Millions of people around the world rely on us to gain a deeper understanding of Israel. We are the trusted source for original content you won't find anywhere else.
You can make a difference. Donate today to support journalism that brings Israel’s story alive.
SUPPORT ISRAEL21c
Read more on:   Oded Sharon, Adventure Mob, Leisure Suit Larry, video games, Kickstarter, Entertainment, Culture