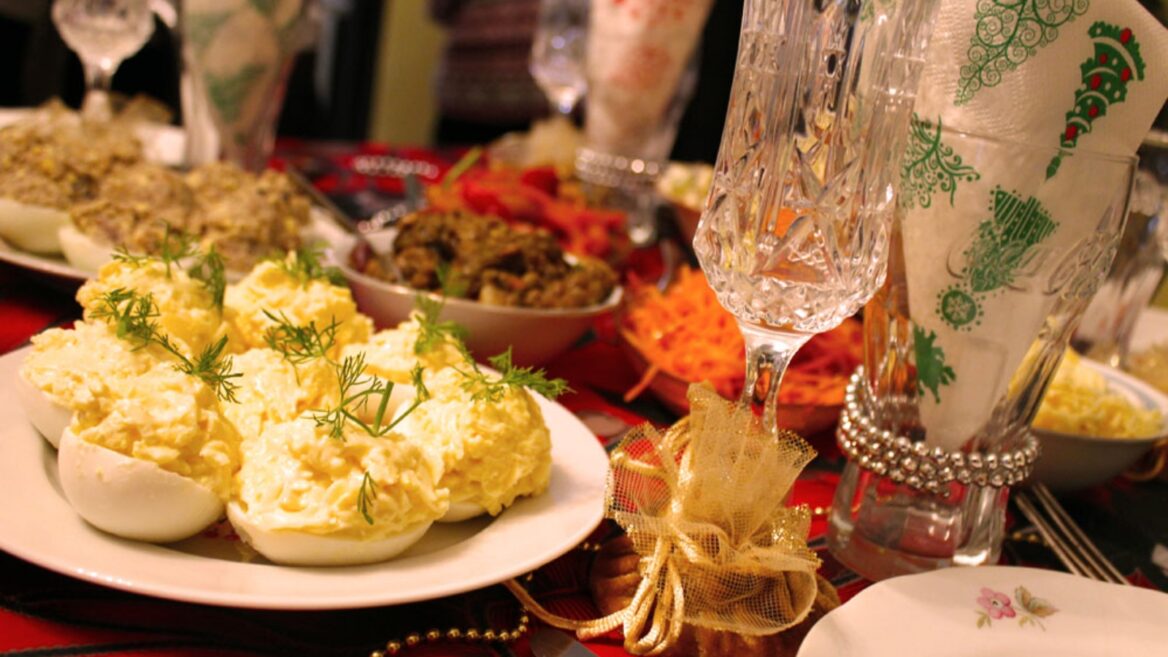 A table groaning with delicacies is the trademark of a proper Novy God, or Russian New Year, celebration. Photo by Sigi Golan

If you walk past what looks like a Christmas tree on the eve of December 31 here in Israel, chances are that it’s not a forlorn yuletide decoration. Instead, it’s more likely to be a yolka, the fir (or plastic) tree that’s an inherent part of celebrating Novy God, the Russian phrase for “New Year.”

Novy God celebrations were brought to Israel in the early 1990s, when hundreds of thousands of people immigrated from the former Soviet Union. But the holiday wasn’t well-known outside the Russian-speaking community, with native Israelis at best staying ignorant of the only Russian holiday to survive Soviet times, and at worst frowning upon what they believed to be its foreign religious trademarks.

Things changed following a 2015 campaign called Israeli Novy God, which saw “1.5 generation immigrants,” that is, Russian-speaking Israelis who immigrated to the country as children, reclaim their roots.

“The first thing I remember from Israel is my first day at an Israeli kindergarten,” recalls Alex Rif, the activist who launched the campaign. 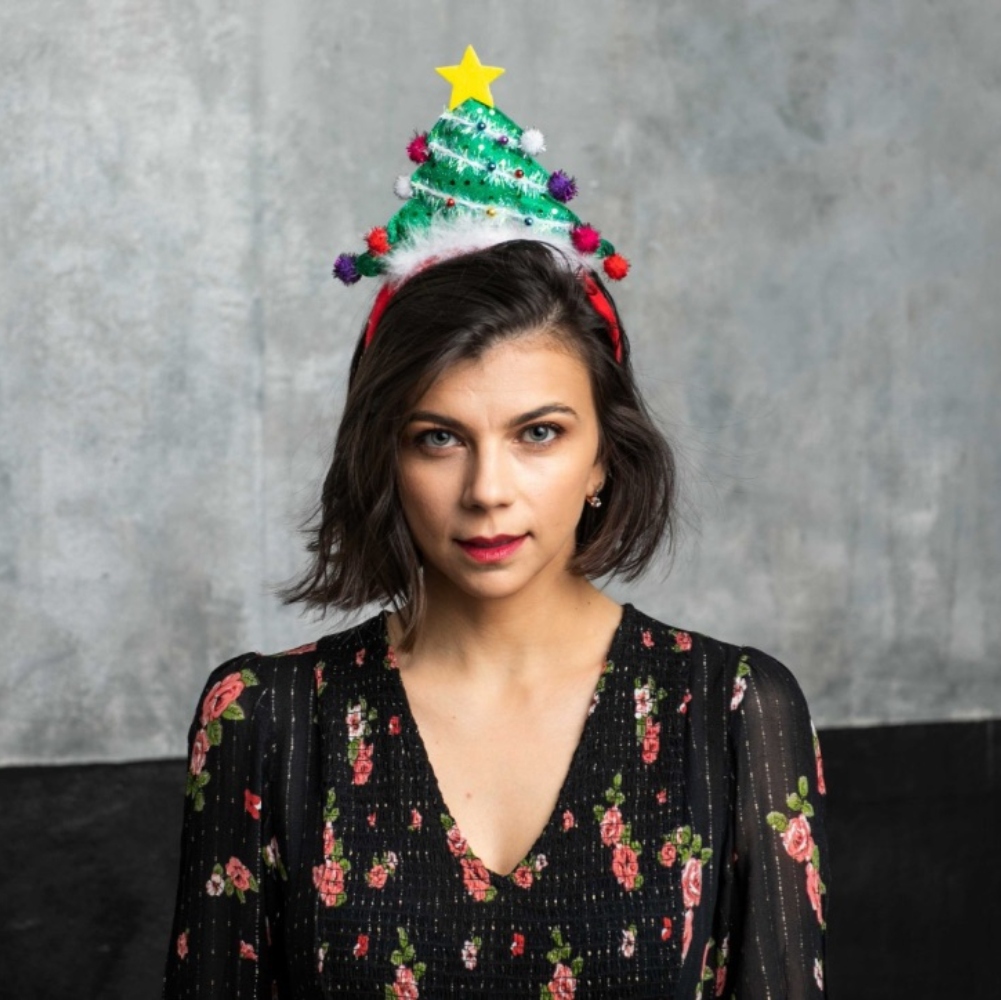 Alex Rif, founder and CEO of One Million Lobby. Photo by Tal Shahar

Rif immigrated to Israel from Ukraine as a little girl in 1991 and settled with her family in the coastal city of Netanya. Today, she heads One Million Lobby, an NGO that advocates for a better reality for the 1.2 million Russian-speaking Israelis.

“I was really excited, there were children running around, goofing around, and suddenly there was silence. All the kids stopped what they were doing, looked at me and burst out laughing. What happened was that my mom dressed me in a white frilly dress, thick stockings and a huge red bow.”

To sum things up, she was massively overdressed.

“I began crying and begged her not to leave me in this place, but she had to go to work. That day I vowed that I will no longer be Russian. From that day on I decided not to speak Russian, not to be interested in anything Russian. I completely erased my Russianness.”

Things stayed that way until Rif’s late twenties, when her grandmother, who was her last connection to her heritage, died. This led her to connect to other people who immigrated as kids and who now wanted to start exploring their roots.

After a few immigration-themed poetry nights, they decided on their first project: Israeli Novy God.

“We put together a website that explains what Novy God is, that it was the only holiday in the Soviet Union without party affiliation, which is why it was preserved in people’s hearts,” she notes. 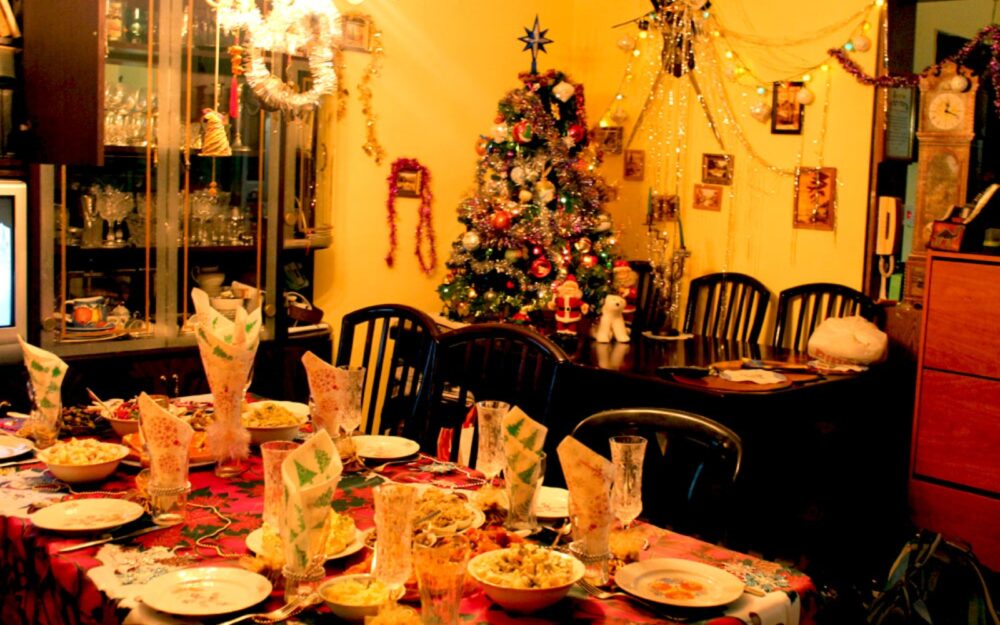 A home in Beit Shemesh is all decked out for family Novy God celebration. Photo by Sigi Golan

The holiday is full of ancient Slavic symbolism that later underwent metamorphosis into what we associate with Christmas trademarks. These include Ded Moroz, or Grandfather Frost, who leaves presents for children who behaved well throughout the year under the yolka tree. (Fir is the Novy God tree of choice because it is thought to be one of the only trees to survive the harsh Russian winter.)

Ded Moroz is assisted by his granddaughter, Snegurochka, or Snow Maiden, another favorite holiday figure. 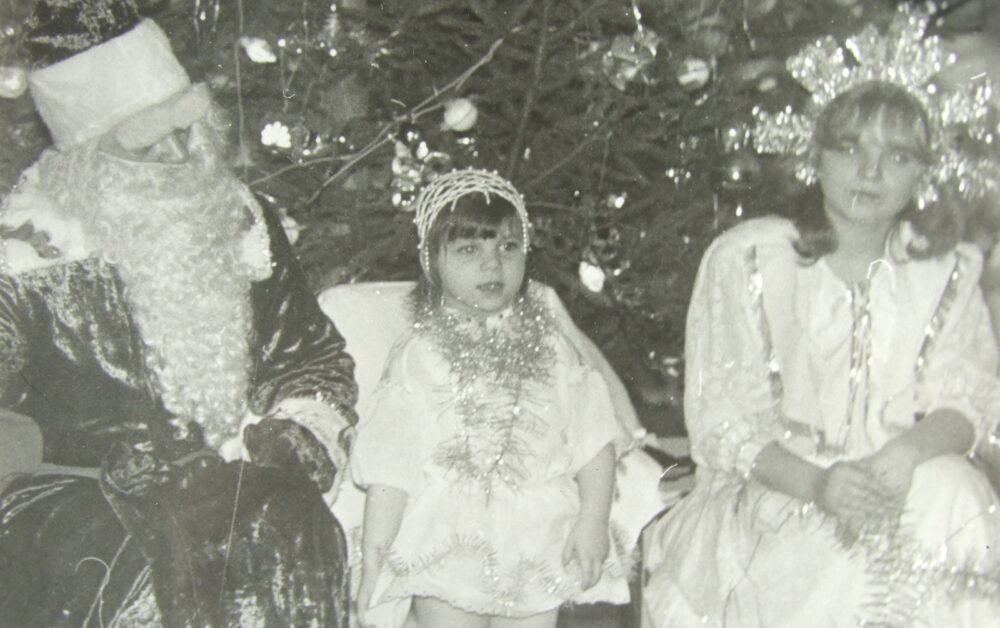 A five-year-old Alex Rif flanked by Ded Moroz and Snegurochka ahead of Novy God celebration in Ukraine. Photo courtesy of One Million Lobby

But Novy God is about a lot more than presents placed under decorated trees. At its heart, it is a family celebration that’s dedicated to summarizing the year that passed and wishing loved ones a good year to come.

On the night of December 31, the whole family gathers around a table groaning with Russian finger foods such as pickled vegetables, chicken and egg salads and a wild assortment of desserts and begins a long night of feasting and that ultimate Russian tradition – raising toasts.

Unlike the standard Israeli “L’Chaim!” Russian toasts are a prolonged, speech-like affair that sometimes comes in rhymes. Each person around the table is required to make an elaborate toast, meaning that it all takes a while.

Then, many families turn to their TV sets to catch up on Novy God broadcasts from the former Soviet Union, which include performances, greetings from the Russian president and a cult, must-see movie.

Celebrations reach their height when the clock strikes midnight and everyone raises their glass amid a background of fireworks and confetti. 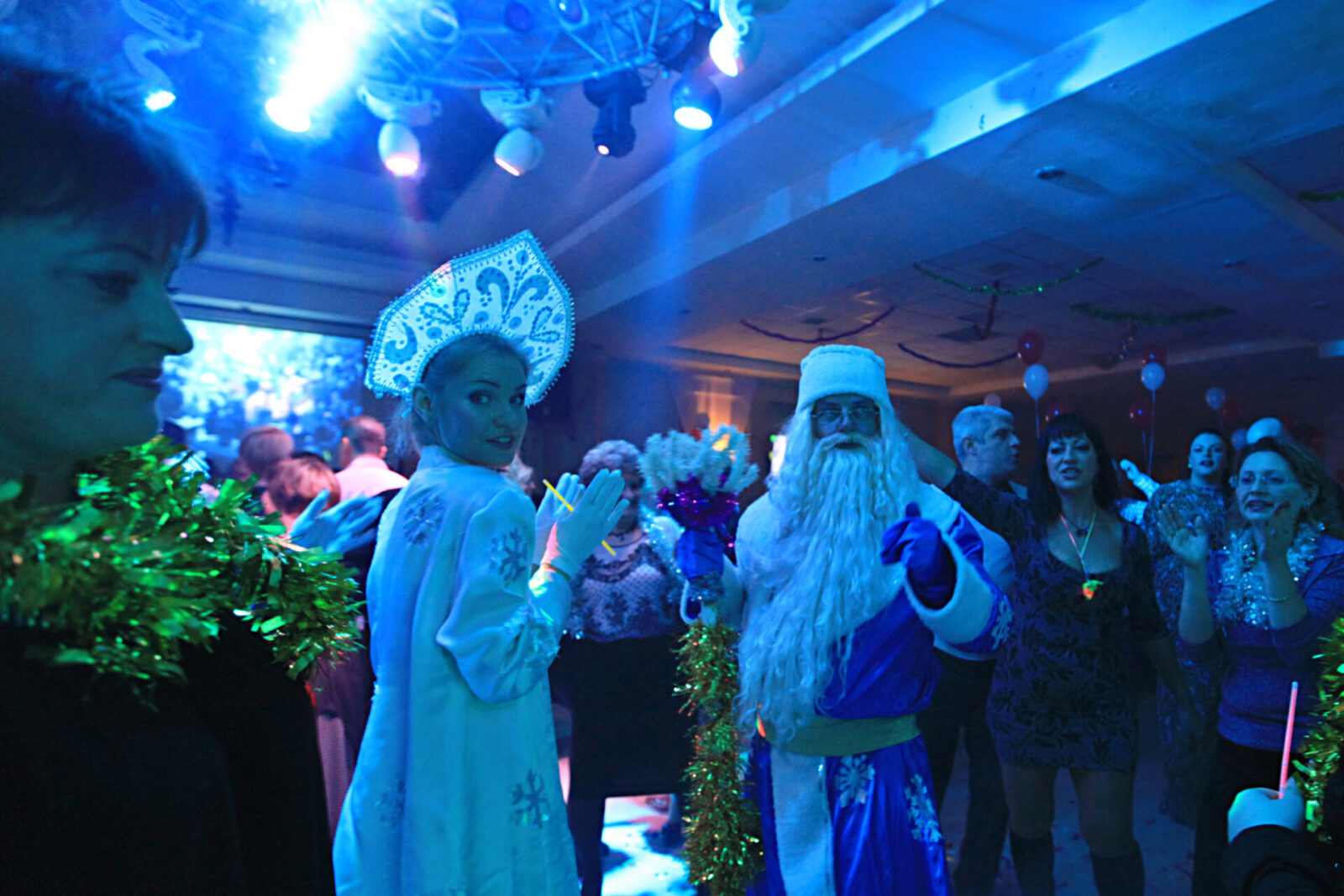 Russian immigrants in Ashdod celebrate the holiday of Novi God just before midnight, on December 31. Photo by Drori Garti/Flash90

According to Rif, Novy God celebrations in Israel have managed to preserve much of their original feel while also adopting local characteristics.

“The food became more diverse, and the toys and games that are played have a much more Israeli flavor. But the essence of this day is a colorful, exciting family celebration, and that’s still preserved, so it’s really fun.”

The celebrations, she notes, now reach far more people than they used to.

“I guess that Russian-speaking Israelis still make up the core of the celebrations, but I don’t doubt that there’s many others around the table, since we’ve all married and made friends here. And I imagine that there’s quite a few non-Russian-speaking homes that also celebrate the holiday, because it’s not as if it has difficult-to-understand obligations,” she tells ISRAEL21c.

“It’s a nice, fun and secular celebration, and in my opinion it presents a golden opportunity in Israel because it can become a holiday that’s shared by everyone, regardless of their religion,” Rif says.

Rif herself will be celebrating Novy God at home with friends and family this Friday evening.

“I think that my favorite thing is decorating the tree and receiving presents. The festive atmosphere is just priceless,” she concludes.

UNCOVER ISRAEL - Get the ISRAEL21c
Weekly Edition free by email
Sign Up Now!
Bring Israel's story to life.
Millions of people around the world rely on us to gain a deeper understanding of Israel. We are the trusted source for original content you won't find anywhere else.
You can make a difference. Donate today to support journalism that brings Israel’s story alive.
SUPPORT ISRAEL21c
Read more on:   Culture, Novy God, Russian-Israelis, New Year