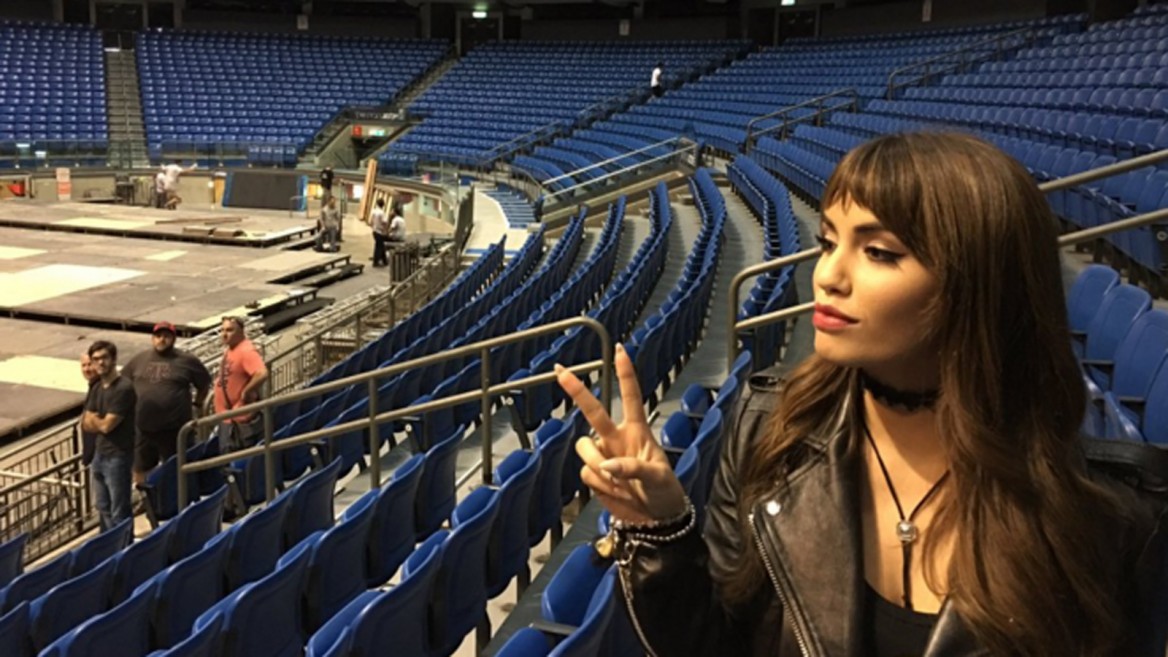 Argentinean pop star Lali Esposito has a huge following in Israel. But the Casi Angeles star, who was in Tel Aviv for an April 24 concert, won even more hearts when she sent a moving video message to a Jerusalem terror victim.

Eden Dadon, 15, is presently hospitalized with severe burns after being caught in the Hamas-sponsored suicide bombing attack on a Jerusalem bus on April 18. Dadon had bought a ticket to see Esposito live in concert in Tel Aviv.

“Hello Eden, this is Lali, I’m sending you a big, big kiss. I think you must understand something in Spanish, because I understand that you are a fan of mine and all the works I took part in. I want to thank you from my whole heart for all the love,” the South American singer-actress said in a video message she sent to Dadon.

“Everyone came to me in order to speak about you and how you’re a devoted fan,” the star continued. “Let there be no doubt, the next time I come to Israel you will be in the front row, enjoying the performance. I love you, kisses.”

The heartwarming message was reported in local media.

Esposito has been to Israel half a dozen times. Israeli fans have followed her career from the TV show Casi Angeles (aired 2007 to 2010 in Israel) to Argentine telenovella, Esperanza Mia (now being aired in Israel). Many local fans have learned Spanish in order to be able to understand the television series without having to read the translation subtitles.

Dadon’s mother told Israeli media that her daughter understands Spanish and will understand Esposito’s message to her.

In 2013, Esposito released A Bailar, her debut solo album. The eponymous single off the album scored a Top 20 iTunes chart listing in Israel.

Esposito flew into Israel a few days before her concert in order to soak up and enjoy the country’s vibe. She posted photos to her Twitter  and Instagram accounts of her at the beach in Tel Aviv and enjoying local fare.