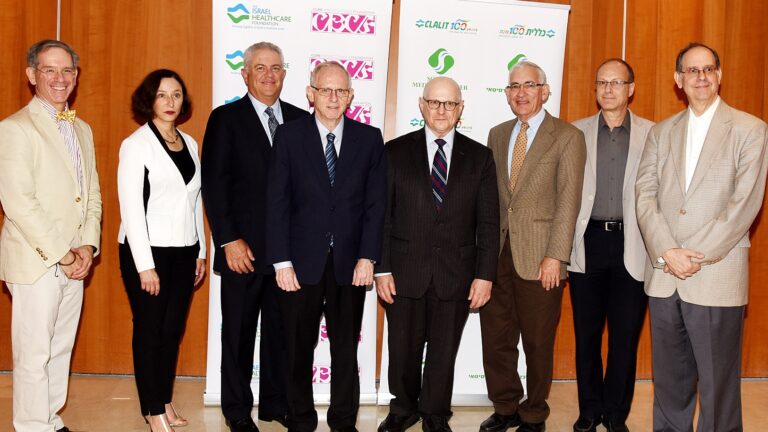 Should Ashkenazi Jews or even the general population be tested routinely for inherited predisposition to breast cancer?

The panel concluded that the current testing model focusing on family history of mutations in the BRCA1 or BRCA2 genes misses half of the people who may have dangerous mutations.

Women carrying a BRCA mutation have up to an 85 percent chance of developing breast or ovarian cancer in their lifetimes, and men carrying these mutations also are at increased risk.

“Knowing that one has a dangerous mutation could well be lifesaving since one can do things that minimize one’s risks,” said Dr. Larry Norton, medical director of the Evelyn H. Lauder Breast Center of Memorial Sloan Kettering Medical Center in New York, speaking at a press conference at Jerusalem’s Inbal Hotel following the symposium.

“We were gratified to hear much agreement among a diverse group of experts from the US, Europe and Israel, all key regions in this issue,” he continued.

Norton said the rules for testing need to be changed and that the psychological, medical and economic consequences of broader testing must be evaluated.

The panel will be writing a paper summarizing its findings and plans to meet again for follow-up.

“The Soroka sponsored think tank concluded that a change is needed regarding screening of the BRCA gene for a wider population,” Davidson tells ISRAEL21c. “It is obvious today, as we accumulate data, that we miss many individuals because we only screen members of patients’ families. What is the extent of the future screening? This is the next step, hopefully to take place in several months’ time.”

Two years ago, the Cure Breast Cancer Foundation held its first conference at Soroka University Medical Center, looking at results of a 15,000-patient Israeli study on links between breast cancer and bone health. Soroka is the country’s busiest hospital, serving the entire Negev population of more than 1 million.

“We were pleased to play such an important role in bringing together these experts to address a topic critical to women everywhere, but even more relevant to the multicultural population of the Negev,” said Davidson. “We will continue our effort to collaborate with the best researchers in the world regarding this topic.”