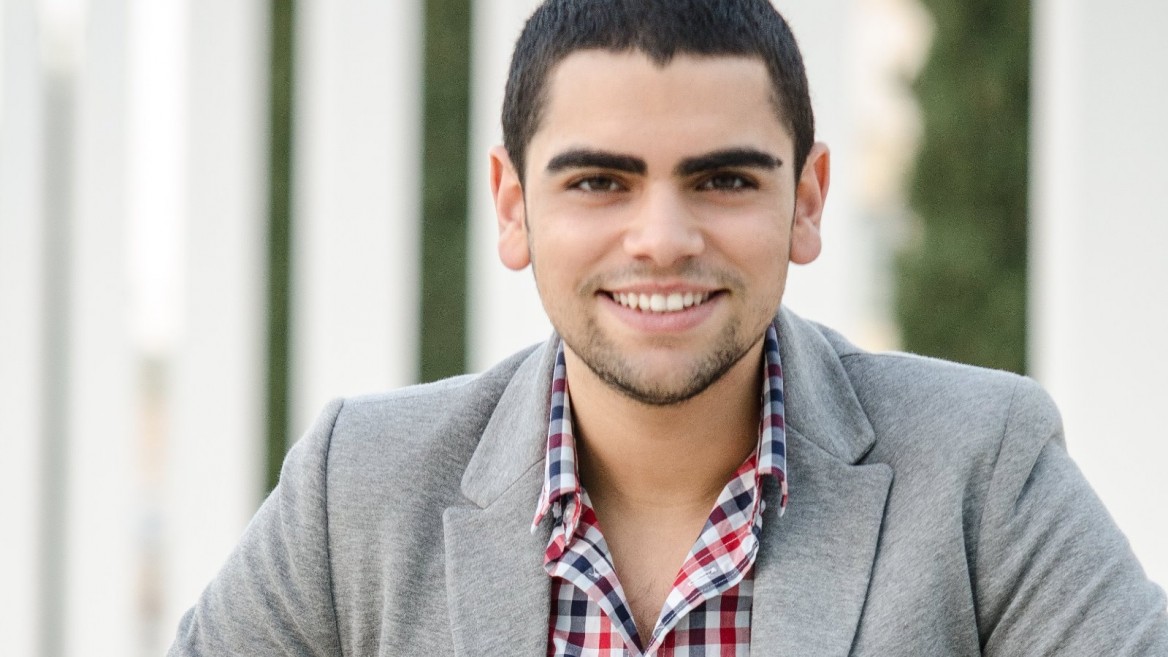 Tomer Hen was running a successful global business at 19. Photo by Or Kaplan

Essential Question: How does one drive success in business?

The ad agencies launching Coca-Cola’s loyalty app in Berlin and Amazon’s shopping app in India are both depending on Israel’s MobCo Media  to get users on board.

MobCo, an engagement-driven performance agency for mobile apps, is led by 21-year-old Tomer Hen, widely recognized as one of the world’s foremost experts in exploiting the marketing potential of mobile devices.

Bootstrapped by his bar mitzvah money, he enjoyed swift success in designing and placing mobile ads and then teaching others how to monetize mobile. He made his first million before graduating high school in Netanya.

“In late 2013 I founded MobCo Media as an internal venture of Mobile Marketing College, to be the bridge between advertisers and publishers,” he tells ISRAEL21c. “There are recruiters looking for hot apps to promote and ad managers looking for traffic, and we manage both sides.” 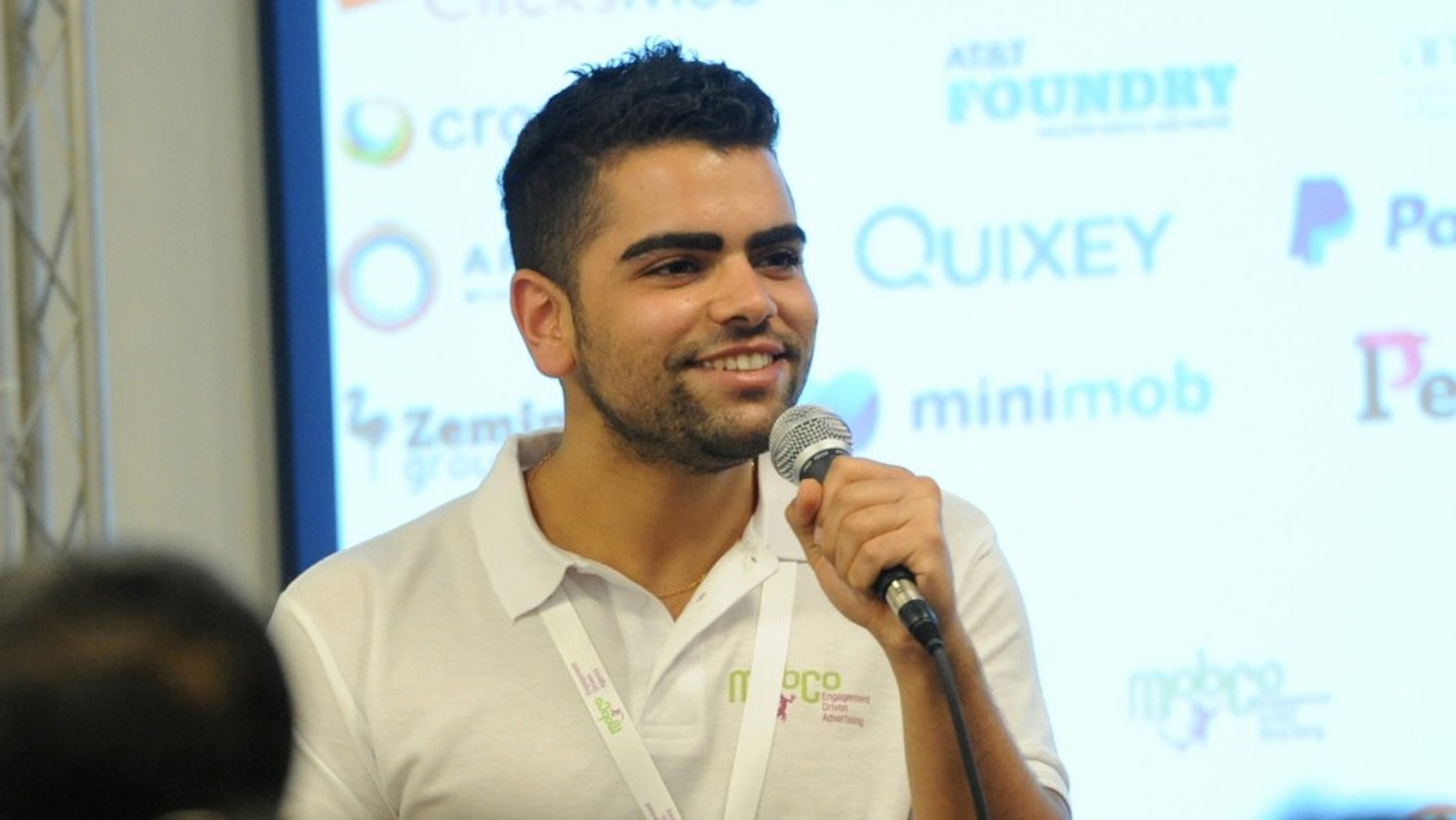 MobCo xMobCo – an engagement-driven performance agency for mobile appsMedia grew quickly and is now handling about 500 campaigns in 160 countries; clients have included Gett, Hotels.com, Angry Birds and Candy Crush. Hen’s company collects a fee every time someone pays to download or use the customer’s app or ad.

“We’re also consulting for app developers because there are so many talented developers who don’t know the business of marketing, monetization and investor relations. We manage the business together with them so within six to 12 months they can handle it on their own,” says Hen, who lives and works in Tel Aviv and oversees 14 employees.

The Coke campaign deal, signed in June, has MobCo Media spreading the word about a customer loyalty app in Berlin. Participants can earn points toward a free drink or discount when they make a purchase in bars and restaurants that serve Coca-Cola.

The Amazon campaign deal, an open-ended contract signed in August, is geared to hyping the Internet retail giant’s new campaign to entice Indian customers to try its Android shopping app.

“Amazon looking to beat its No. 1 competitor, Flipkart,” Hen explains. “M-commerce is dramatically growing in India — more than anywhere else — because many people there only have mobile devices and not computers. Amazon’s Indian ad agency is looking to us to help them get as many users as possible. The risk is on us because we only get paid for actual results.”

India is Amazon’s number-two target market behind the United States, but as far as Hen is concerned, India is at the top of his list. “While others are focused on the US and Canada, we know the big bucks are in India and Brazil,” he says.

At Casual Connect San Francisco on August 13, Hen participated on a panel of industry experts titled “India is the New China: Land of Opportunity” to discuss the trends, techniques and nuances of creating, launching and monetizing games in India. He has implemented m-commerce campaigns also in the Congo, UAE, Iran, Brazil, Mexico and Colombia.

Hen tells ISRAEL21c he is planning to launch another company in the second quarter of 2016 for brands and advertisers with their sights on m-commerce in India, Indonesia and Brazil. “This will be an app to engage customers with brands through mobile, rewarding them with free airtime,” he says.

But he is not ignoring North America by any means. “I am also looking to expand to Singapore and San Francisco in 2016 so we can become a more global presence,” says Hen. “The challenge in this expansion is that I need people willing to relocate so I can stay in Tel Aviv because I love it here. The more I travel, the more I realize how much I want to live here.”

Hen’s patriotism doesn’t stop there. Though he was exempt from military service because of a chronic back condition, and instead built his businesses as his friends were fulfilling their three-year military obligation, Hen is actively scouting out a National Service volunteer position that would make good use of his management or marketing skills to benefit Israel.

He also thinks about how his expertise could improve lives in Africa, where mobile marketing is more common than Internet marketing. Other causes near and dear to his heart are animal welfare, children and health.

Bring Israel's story to life.
Millions of people around the world rely on us to gain a deeper understanding of Israel. We are the trusted source for original content you won't find anywhere else.
You can make a difference. Donate today to support journalism that brings Israel’s story alive.
SUPPORT ISRAEL21c

View all stories by Abigail Klein Leichman
Subscribe to the
ISRAEL21c Newsletter
We want to know more about you, and be part of your conversation. Please share some information with us so we can curate your experience.
Select from the options below to let us know what content you want to see:
Sign up now!