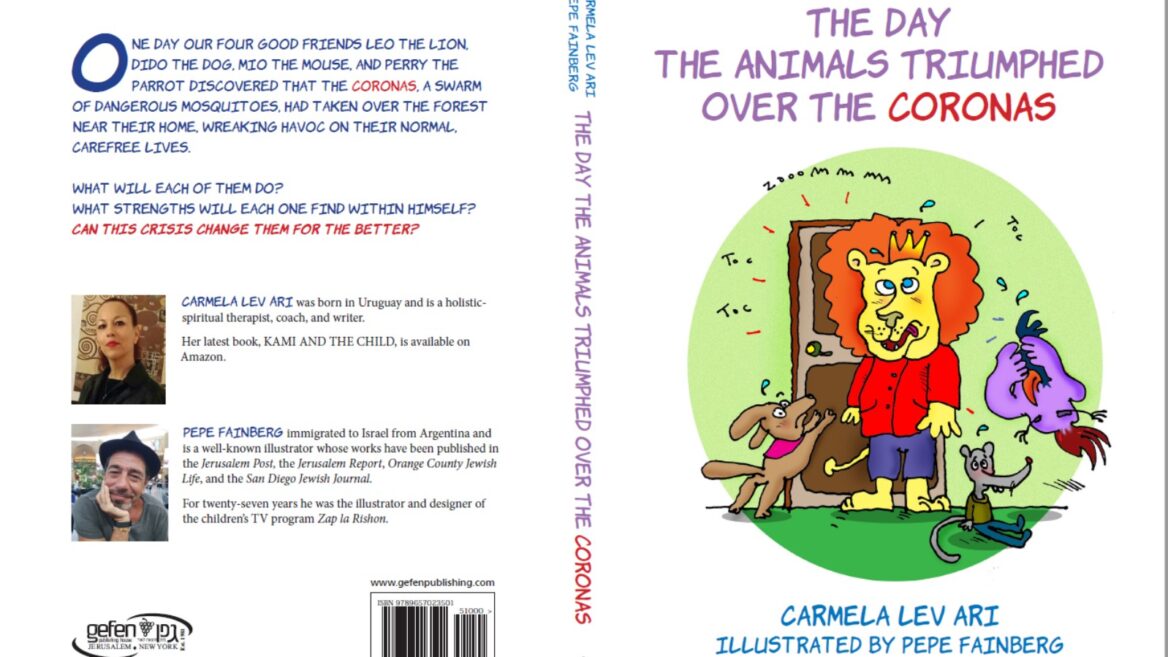 “In a little house at the edge of the forest lived four close friends: Leo the lion, Mio the mouse, Perry the parrot, and Dido the dog.”

Their peaceful world was turned upside down when “a huge swarm of Coronas, small yet dangerous mosquitoes who came from a jungle on the far side of the globe,” arrived in the forest.

“The scariest part was that the Coronas had started to sting the poor animals, making them ill and forcing them to flee to their homes and lock themselves in.”

So begins The Day the Animals Defeated the Coronas, a digital children’s book released by Gefen Publishing earlier this summer in Hebrew, English and Spanish versions.

The book was written by Israeli emotional-spiritual therapist and personal growth coach Carmela Lev Ari, a native of Uruguay, and illustrated by Pepe Fainberg, an Israeli artist and animator born in Argentina.

The story teaches children to maintain optimism and positivity, identify inner strengths and harness the power of love and friendship to help them cope with anxiety and isolation during the pandemic.

“Pepe and I were traveling in March and came back to quarantine in Israel,” Lev Ari explains. “He lives in Jerusalem and I live in Modi’in so we couldn’t see each other. And it was the first time in my 25 years of practice that my patients couldn’t come to see me. I felt I was losing my power and my identity.” 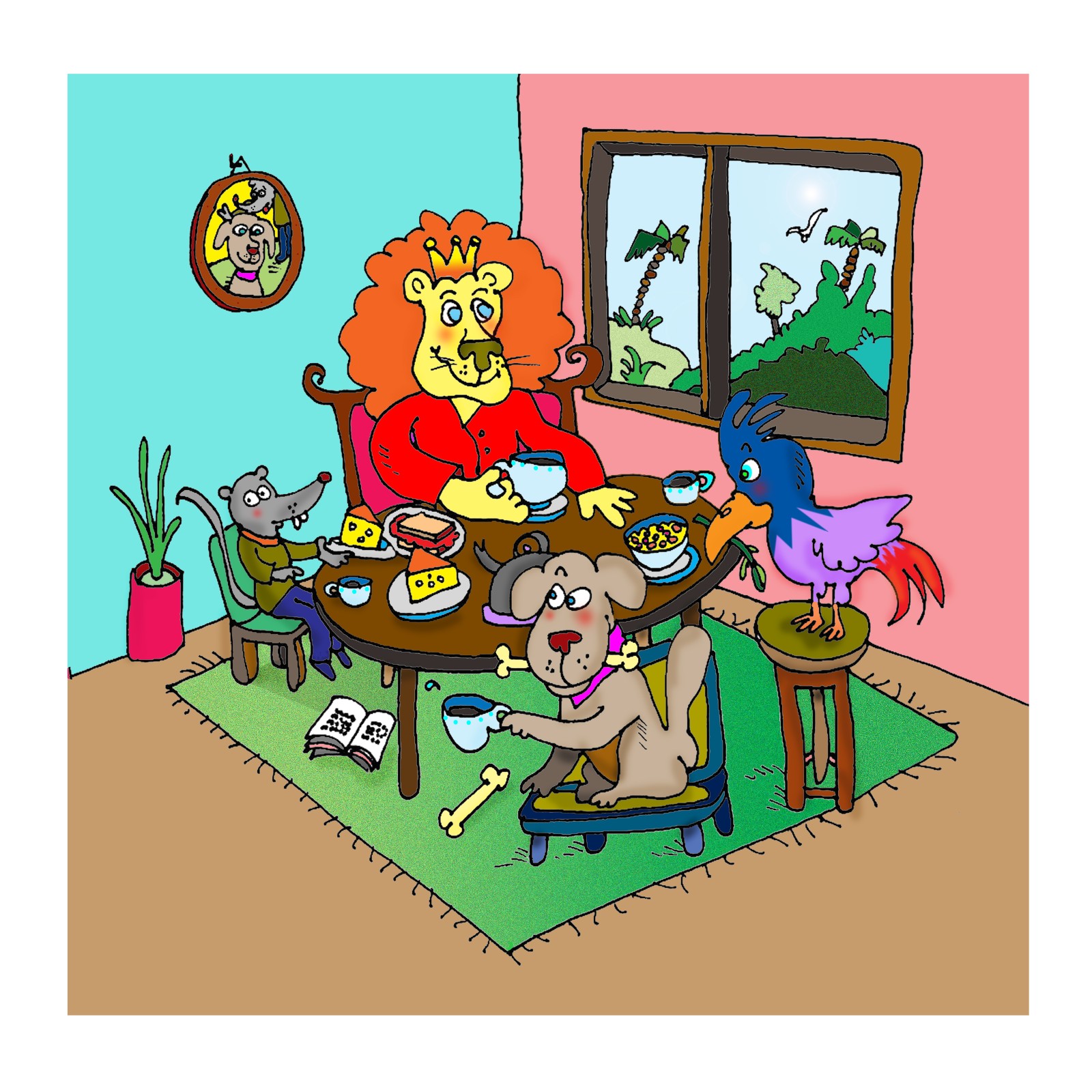 The four friends depicted in “The Day the Animals Defeated the Coronas.” Illustration by Pepe Fainberg

Many of her clients are children struggling with trauma or low self-esteem. “The news was frightening, and I began to think about how difficult it must be for them if it’s difficult for me at age 50. That’s why I began to write this story.”

It was also a way for Lev Ari and Fainberg, 58, who’ve been together for a year, to collaborate while physically apart.

“It was very difficult not to be with Carmela and only talk on the phone, and [because of the pandemic] I had too much time on my hands,” Fainberg tells ISRAEL21c. “So I put my talent to work for her book and did one illustration a day, which is a lot.” 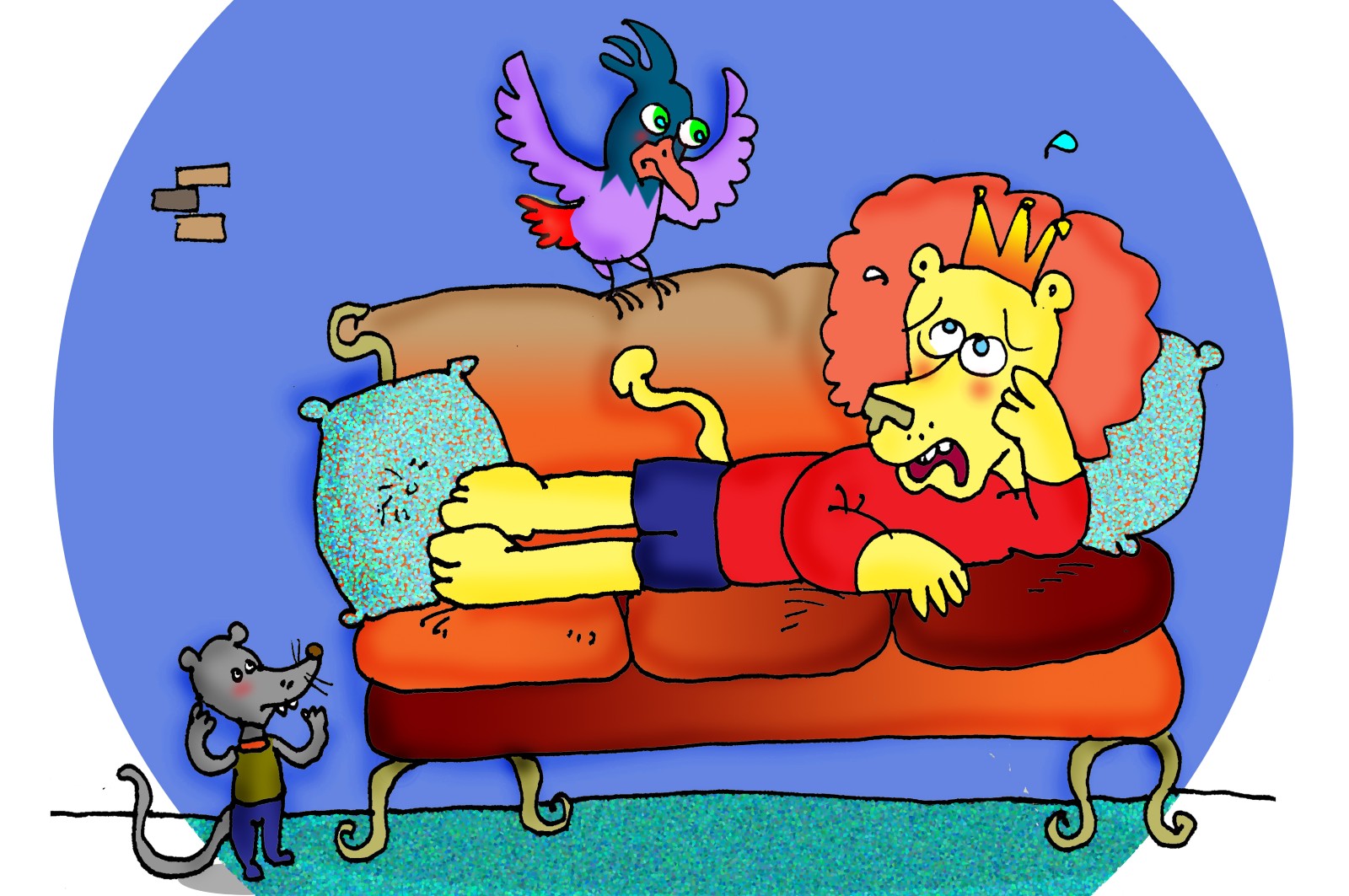 Leo the lion is depressed because of the Coronas. Illustration by Pepe Fainberg

Each of the four animal friends represents an aspect of Lev Ari (whose surname is Hebrew for Lionheart). “The lion is the part that is always strong and in control and suddenly loses my power. Dido is the part that tries to calm people.”

Fainberg says that since Covid-19 is affecting the whole world, they decided to produce versions in the three languages they speak.

“Carmela wrote it in Hebrew, and I translated it to Spanish. Carmela’s mother [Sylvia Feinstein] reviewed the Spanish. The English translation was done by Carmela’s ex-husband and son, and edited by my daughter, who is American born,” Fainberg explains.

“It was a real family project. Only the cat wasn’t involved,” he jokes.

Wisdom of the Forest 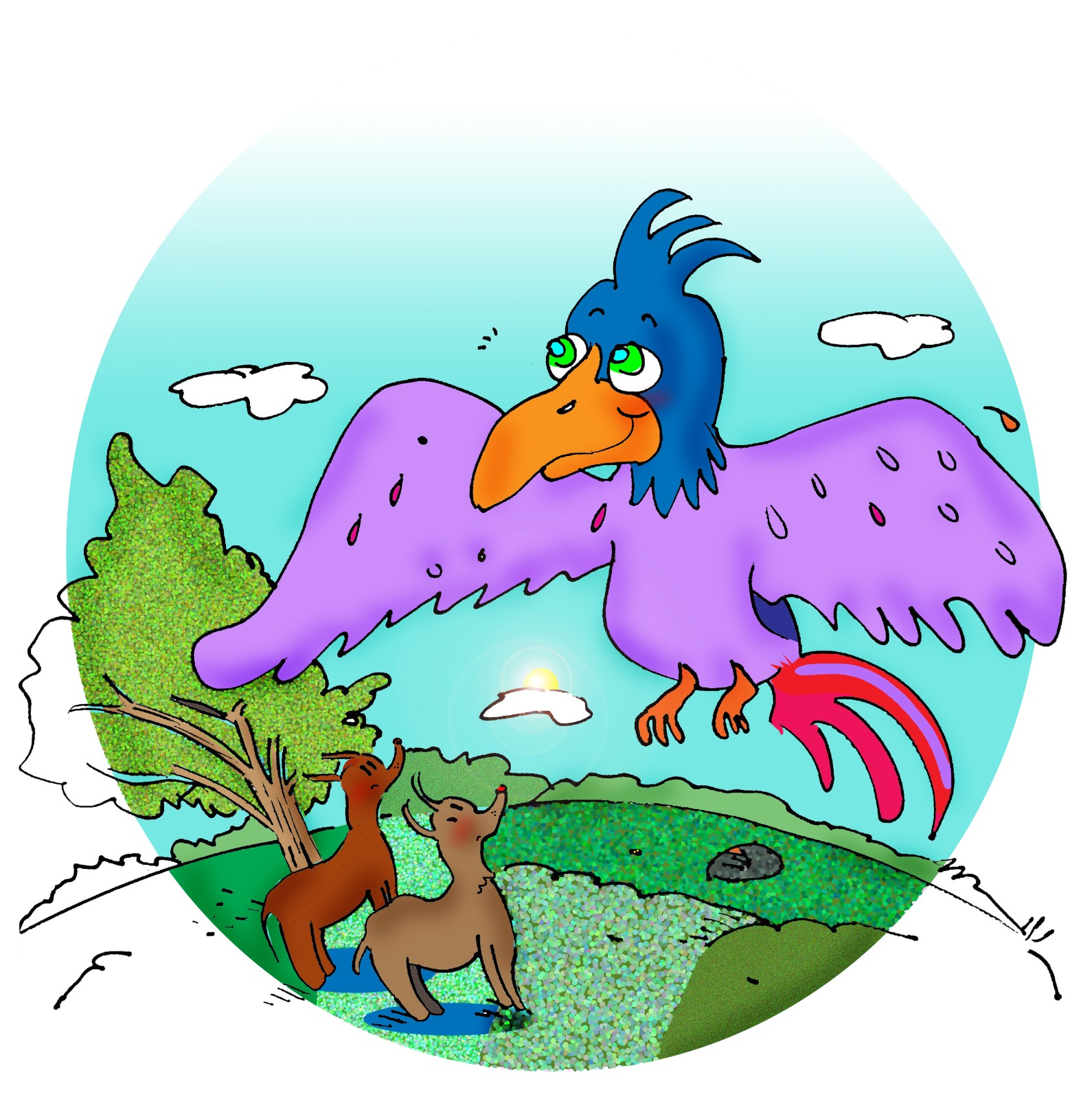 Perry the Parrot “would take to the air and hover over the animals, listening in on their conversations.” Illustration by Pepe Fainberg

Lev Ari and Fainberg have created three more books using animal characters to drive home messages of empowerment and reinforcement. They call the series “Wisdom of the Forest.”

The Hippopotamus Loses It deals with ways to find peace of mind and relaxation in the face of fear and anxiety.

The Bear Wants to Lose Weight is about self-love, body image, eating disorders and the desire for acceptance.

Monkey War presents strategies to cope with boycotts and bullying.

The Day the Animals Triumphed Over the Coronas, soon to be released also in print, is available on Amazon in Spanish and English, and from Mendele Mocher Sefarim in Hebrew.