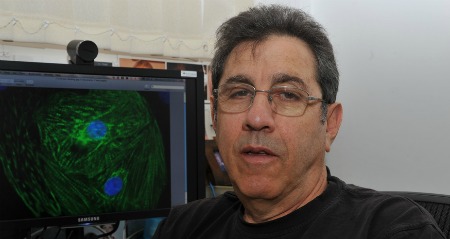 Brain drain has been the bane of Israeli academia for years now: young Israeli scientists trained at the country’s best universities get a high quality, state-subsidized education for just a few thousand dollars a year.

They go on to become prize post-doctoral researchers at institutions such as MIT, Harvard and Cal Tech. But when the time rolls around for them to start their own labs, few opportunities await them back in Israel’s seven universities.

Lured by better salaries, multimillion-dollar lab equipment and prestige, many of these young scientists stay in the United States, fulfilling their dreams but with their hearts still in Israel. After starting a career abroad, it’s not so easy to return, especially since in Israel it can take more than 10 years to get tenure, and baby-boomers dominate the research scene.

While the atmosphere is extremely collegial between Israeli universities and colleges already, new funds earmarked for long-term basic science will ensure that young Israeli academics find homes and jobs in Israel.

The government has announced four I-CORE pilot projects. One of them is a $17 million Center for Renewable Energy, opened in August at the Technion-Israel Institute of Technology under the directorship of biofuels researcher Prof. Gideon Grader.

Since the community is so tightly knit, with sometimes competing interests, the I-CORE grantors asked outsiders to help choose the science projects to be awarded. Renewable energy is among them.

Combining 27 scientists from the Technion, Ben-Gurion University and the Weizmann Institute of Science, the center is focused on long-term research to change paradigms in the biofuel industry.

The researchers will condense efforts in scientific collaborations in biology, physics and chemistry, using a multidisciplinary approach toward creating new solar-generated fuels and fuels made from waste, among other processes.

Prof. Benny Geiger, a Weizmann molecular cell biologist and chairman of the academic board of the Israel Science Foundation, tells ISRAEL21c on behalf of I-CORE: “The question of renewable and sustainable energy is a critical aspect not just to Israel but every country in the world today, because we are facing an energy crisis in terms of getting greener energy.”

Prof. Ronnie Kozlov, head of exact sciences and technology at the Israel Science Foundation and a theoretical physicist-chemist at the Hebrew University, says that in biofuels, the world is still mostly using outdated processes that create ethanol from plant sugars, which put biofuels in competition with food.

“The next generation of biofuels will use waste,” Kozlov tells ISRAEL21c.

“The energy crisis is being addressed and attacked from many different angles,” says Geiger. “And a special aspect in the Israeli scientific arena is that [renewables] are a very interesting multidisciplinary research topic combining biotech and nanotechnology, for instance. When you think of methods of preserving energy, it also involves physics and classical chemistry.”

Geiger says Israel’s tradition of teamwork provides a good foundation for interaction between I-CORE scientists. “Israel encourages collaboration; the question is how to get the financing. If you want collaboration, you need a program.”

The I-CORE funding will create an easy channel of process development, taking basic science and putting it to the industrial test. It’s just starting up, but with 27 pairs of research hands put to task, expect to find encouraging results in the future.