With an Oscar nomination, a Cannes Film Festival award and countless other kudos to his credit, Israeli director-screenwriter Joseph “Yossi” Cedar is a hot name in Hollywood.

But he’s not leaving Israel anytime soon, he tells ISRAEL21c. His connection with the land is exactly what provides the grist for his creative mill.

“The issues that become significant enough for me to want to make a film about all have to do with the life I have here in Israel,” Cedar says, speaking by phone as the seagulls on Tel Aviv’s Metzitzim Beach squawk in the background.

“There are projects being offered to me that are broader than I usually deal with. But it’s hard for me to feel it’s worth all the energy. It takes special effort to dive into a project distanced from my life.”

Cedar was actually born in New York, but his parents — an Israel Prize-winning biochemist and a psychodrama therapist — moved the family to Israel when Joseph was six. They raised their six kids in a religious Jerusalem neighborhood and have “dozens” of grandchildren, says their famous son.

Now 43, Cedar lives with his wife, Globes writer and seventh-generation Jerusalemite Vered Kellner, and their three children in Tel Aviv.

A time of favor for Cedar

After earning a graduate degree in cinema studies at NYU, Cedar moved to a West Bank settlement for two years in order to gather material for Time of Favor. The story centers around a rabbi advocating a peaceful takeover of the Temple Mount, a plan that gets complicated by a love triangle involving his daughter. This debut film was released in 2000 and won six Ophir awards from the Israel Film Academy, including best picture.

His second film, Campfire (2004), cast a light on West Bank Jewish life in a way that uncharacteristically resonated with Israeli and overseas viewers. It captured five Ophirs including best picture, best director and best screenplay. 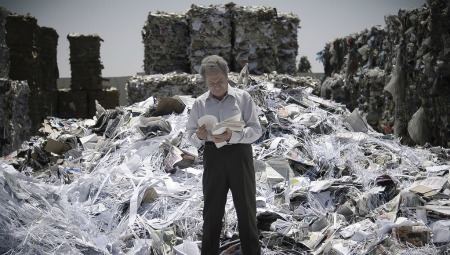 The 2007 Beaufort, based on Ron Leshem’s bestselling novel about soldiers involved in the Israeli army’s retreat from Lebanon, garnered Israel’s first Academy Award nomination in 24 years, for best foreign film. Though Cedar did not win the Oscar, his name was catapulted into the international spotlight.

Most recently, Cedar’s Footnote was named best screenplay at the 2011 Cannes Film Festival, Telluride Film Festival and Toronto International Film Festival, and won Ophir awards for best director and best screenplay. It’s considered a leading contender for another best foreign film Oscar nomination, to be announced in January. Sony Pictures Classics will distribute the subtitled film in the United States in 2012.

“I’m really privileged to have Sony behind me, shepherding Footnote to the American market. They give the film a certain stamp of quality I’m enjoying for the first time,” Cedar says, shortly before flying to Paris and Poland for the next round of press events.

Footnote delves into Hebrew philology (the study of linguistics in literature) and Talmudic scholarship through the story of father-son rival professors played by Shlomo Bar Aba and Lior Ashkenazi. 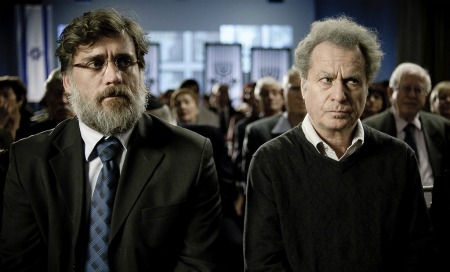 The topic may not sound sexy on the surface, but Cedar uncovers and conveys onscreen a raw passion in the academic world.

“The more esoteric the topic, the bigger the passion,” Cedar said in an October New York Times interview about Footnote.

He tells ISRAEL21c that the same could be said of filmmakers. “It is hard to explain why that gap exists between the amount of passion you need to turn a passion into a life project,” he says after some thought.

A new age for Israeli cinema

Time of Favor was Cedar’s first pitch in his attempt to make Israeli filmmaking a whole new ballgame.

“Despite the fact that there are Israeli movies that I very much like, there isn’t much influence of Israeli cinema on my work,” he told Tikkun magazine five years after the film’s release. “My insistence on a very tight plot that continuously progresses is a reaction to my frustration with Israeli films that I’ve seen, which simply ignored [the] audience’s need for a plot.”

Has Israeli cinema advanced since 2000? “Absolutely,” he says. “It’s always hard to point at one influence, but the dynamic of the industry now is extremely competitive and forces anyone making films to do better work. There is a new generation of filmmakers, and a new generation of public officials who have the power to decide where funds go.”

There is also, he continues, a “magical” factor that has to do with the connection between viewer tastes and filmmakers’ projects.

“What most concerns me now is: When will the advancement stop? Other countries have had this good wave of films that at some point reaches its peak, and so we have to ask ourselves how to sustain this level of variety, where each film stands out from another.”

He isn’t willing to name specific Israeli directors whom he thinks could help push the creative envelope. “Like in every other film industry, about 80 [Israeli] directors have made good films and about 5,000 more haven’t made their first film yet. You hope that one of those 5,000 is better than the 80 currently working.”

His own future project list includes “something that has to do with that tension between universal themes and themes important just for me. I’d like to make a film that appeals outside an Israeli Jewish audience, but it doesn’t come naturally to me.”

Though he may think otherwise, Cedar has already accomplished just that.

UNCOVER ISRAEL - Get the ISRAEL21c
Weekly Edition free by email
Sign Up Now!
Bring Israel's story to life.
Millions of people around the world rely on us to gain a deeper understanding of Israel. We are the trusted source for original content you won't find anywhere else.
You can make a difference. Donate today to support journalism that brings Israel’s story alive.
SUPPORT ISRAEL21c
Read more on:   People, cinema, Footnote