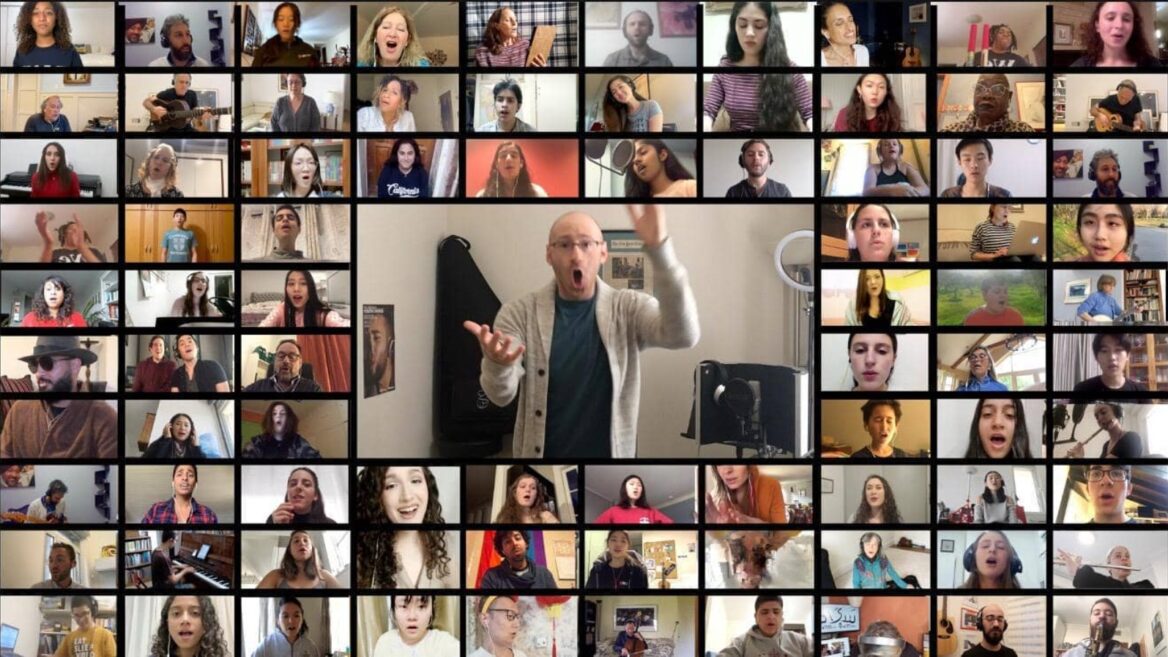 Hoping to provide comfort and solidarity in these difficult times, the multicultural Jerusalem Youth Chorus released a new video version of one its signature songs, “Home,” featuring an international lineup of musicians participating from home.

“We initially thought about making a video of ‘Home’ from home just with the chorus as a cute thing to keep us singing together in this time,” Jerusalem Youth Chorus artistic director Micah Hendler tells ISRAEL21c.

“But once we opened it up to our global community and heard the artists — from multi-platinum singer-songwriters to shower singers — who answered the call and lent their voices to sing ‘just know you’re not alone, ’cause I’m gonna make this place your home,’ we knew we were on to something extraordinary.” 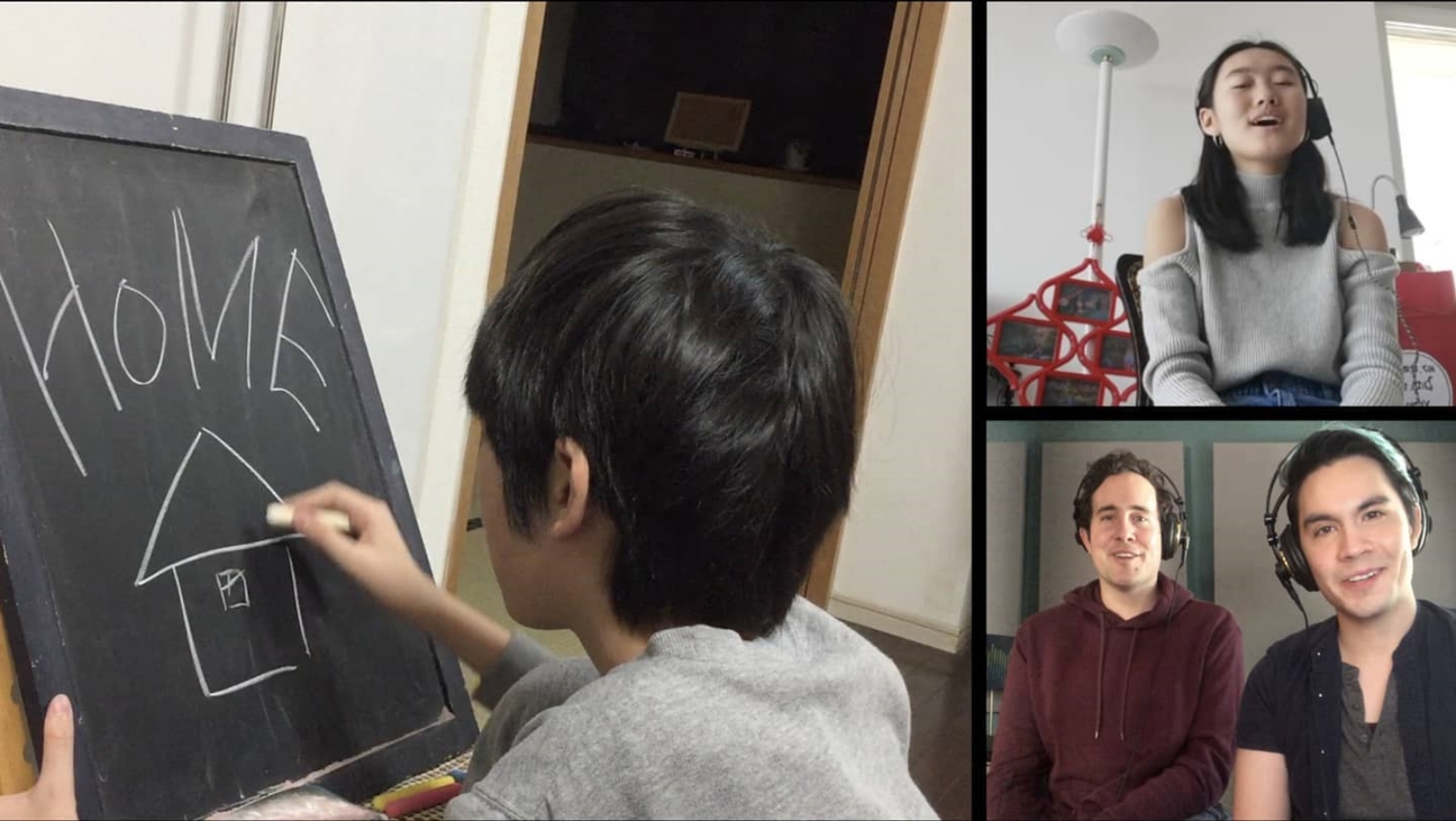 A scene from the Jerusalem Youth Chorus video “Home.”

“Home” was a 2012 hit from American Idol winner Phillip Phillips. The song was co-written by Drew Pearson and Greg Holden. Hendler arranged the music especially for the global video, which took six weeks to make.

“I chose ‘Home’ because we’re all stuck at home and home is taking on a whole new meaning in this time. The kind of home we’re trying to create in Jerusalem and the chorus is one of solidarity and welcoming each other and making it possible to create shared space even in a time when you cannot have shared space,” says Hendler.

He was speaking from Washington, DC, where he is developing a hybrid model of the Jerusalem Youth Chorus to help people in other places use music and dialogue “to get past barriers to come together or figure out the answer to a problem.”

Hendler reports that the percentage of viewers who’ve seen and shared “Home” has been “really high compared to other videos we’ve put out. So many people have reached out to me and said, ‘Wow, this is exactly what I needed and I’ve shared it with my friends.’ It really tapped into where people are at right now.” 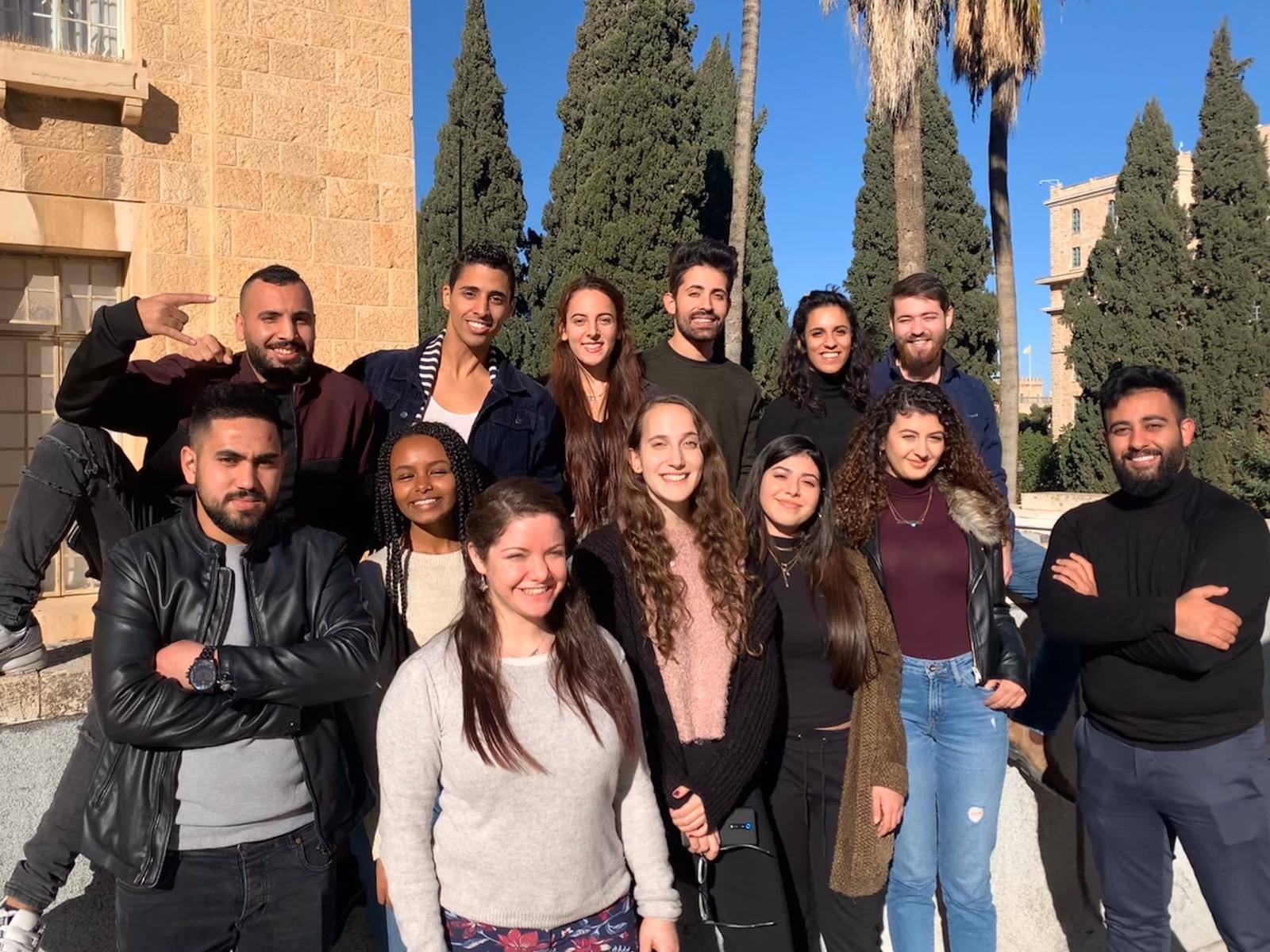 Members of the Jerusalem Youth Chorus in front of their home base, the International YMCA in Jerusalem. Photo: courtesy

Among the musicians in the video is saxophonist Aviv Blum, son of ISRAEL21c writer Brian Blum. Aviv, 22, has performed with the mixed Jewish-Arab chorus and its alumni ensemble in Israel and abroad since its beginning in 2012.

“The ‘Home’ video is one of the strongest examples of how the choir can influence people around the world by standing together and making music and striving for peace,” Blum says. “I find it really powerful that we can bring love and light through the music that we’re making.”

And here’s a behind-the-scenes look at the making of the video, with extra footage.