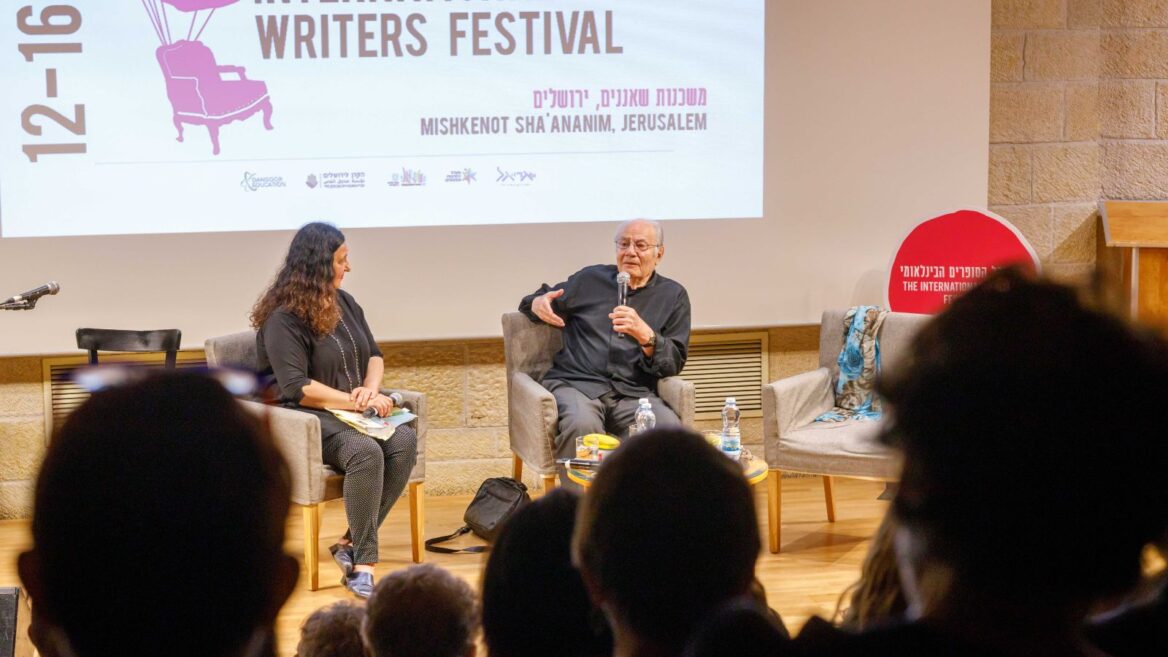 This year’s edition of the Jerusalem Writers Festival is unlike any other, devoid of a real-life encounter between writers and audiences. Photo by Eliyahu Yannai

The Jerusalem Writers Festival is probably best known for the scenic Old City backdrop against which it takes place (and the impressive array of authors that it hosts, of course). And while this year’s coronavirus crisis means that springtime sunsets and ancient stones won’t be making an appearance, you might be able to catch a glance of your favorite writers’ homes instead.

The eighth edition of the international event is going completely digital, taking place from May 10 to May 13. It will give literature lovers across the world a chance to catch up with like writers Nicole Krauss, Matthew Weiner, Etgar Keret and Eshkol Nevo, among others, only from the comfort of their own homes rather than from the premises of Mishkenot Shaananim in Jerusalem.

“When like everyone else we got the memo at the beginning of March that there’s likely to be some sort of problem, we already had everything ready,” says Moti Schwartz, the CEO of Mishkenot Shaananim and director of the festival. Moti Schwartz, the CEO of Mishkenot Shaananim and the director of the writers festival. Photo by Olivier Fitoussi

“A lot of events like ours in Israel and abroad decided to postpone,” he says. “But we felt it was important to maintain continuity.”

Work then began to shift the event into a yet-unknown format, and while a couple of things changed, the festival in its entirety was transformed to fit digital platforms.

“I think that we more or less managed to keep the original framework,” Schwartz says.“This year everyone will be wherever they are. And we’ll do it in live sessions through all kinds of Zooms that we’ll be broadcasting.”

The curative power of words

The program includes writers’ panels on topics such as writing suspense fiction during the coronavirus crisis and the curative power of words, as well master classes, online studio recording sessions and a haiku workshop.

The one thing that won’t be taking place this year is the customary literary-themed tours of Jerusalem. “We could have gone and filmed them but it’s not the same thing, so we decided to drop them,” Schwartz explains.

Changes and challenges aside, the festival’s organizers soon realized that there are even some benefits to making the event online. Like not having to deal with a complex production on the ground.

“We might learn a few things and experience a few experiences that we’ll take with us to other times,” he adds. “Still, despite these advantages, we’re looking forward to being back next year, especially to welcoming the authors.” 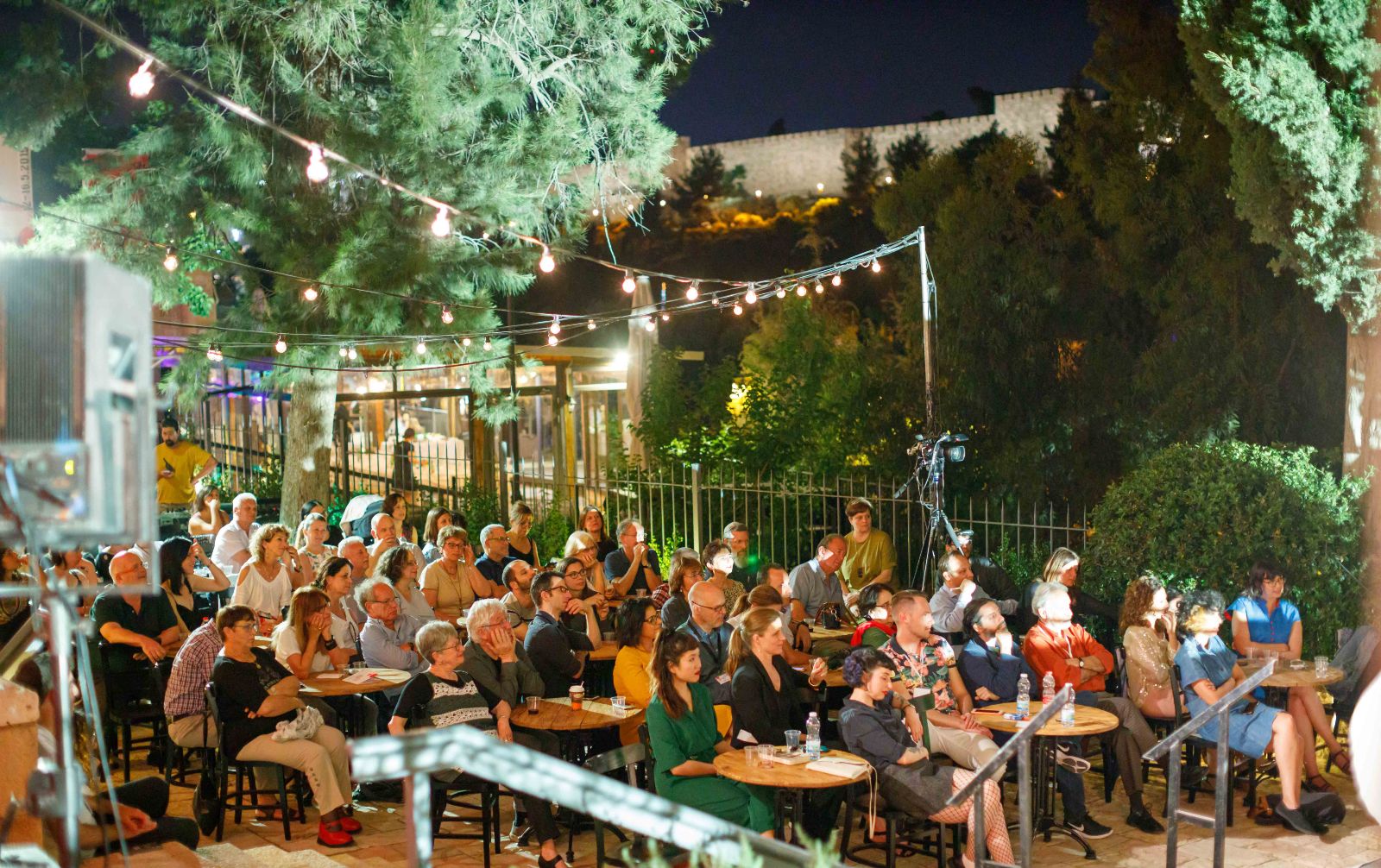 The walls of the Old City peek behind an event at a previous edition of the Jerusalem Writers Festival. Photo by Eliyahu Yannai

Each year, the festival brings to Israel around a dozen international authors from North America, Europe and other places. These join the many dozens of local authors and specialists in fields such as food, dance and music, and the mix creates the festival’s unique character.

“There’s really nothing like the special atmosphere here at Mishkenot Shaananim,” Schwartz says. “There’s no substitute for meeting an author and seeing him with your own eyes. It’s something completely different.”

As for the planned participants, “a very small part said they weren’t comfortable with this digital format, so we’ll meet again next year in Jerusalem,” he says.

The reception of the event taking place on digital platforms has been positive, Schwartz says, even with the festival’s older audience. And being online means more people will be able to join than usual.

“The audiences, of all ages, have been having to use these things to stay in touch with the family and the grandchildren, so they can also consume culture in the same way,” he says.

“I estimate that the audience will be much larger because there’s no limitation in terms of space in the hall,” he says, noting he expects hundreds of people at each session. 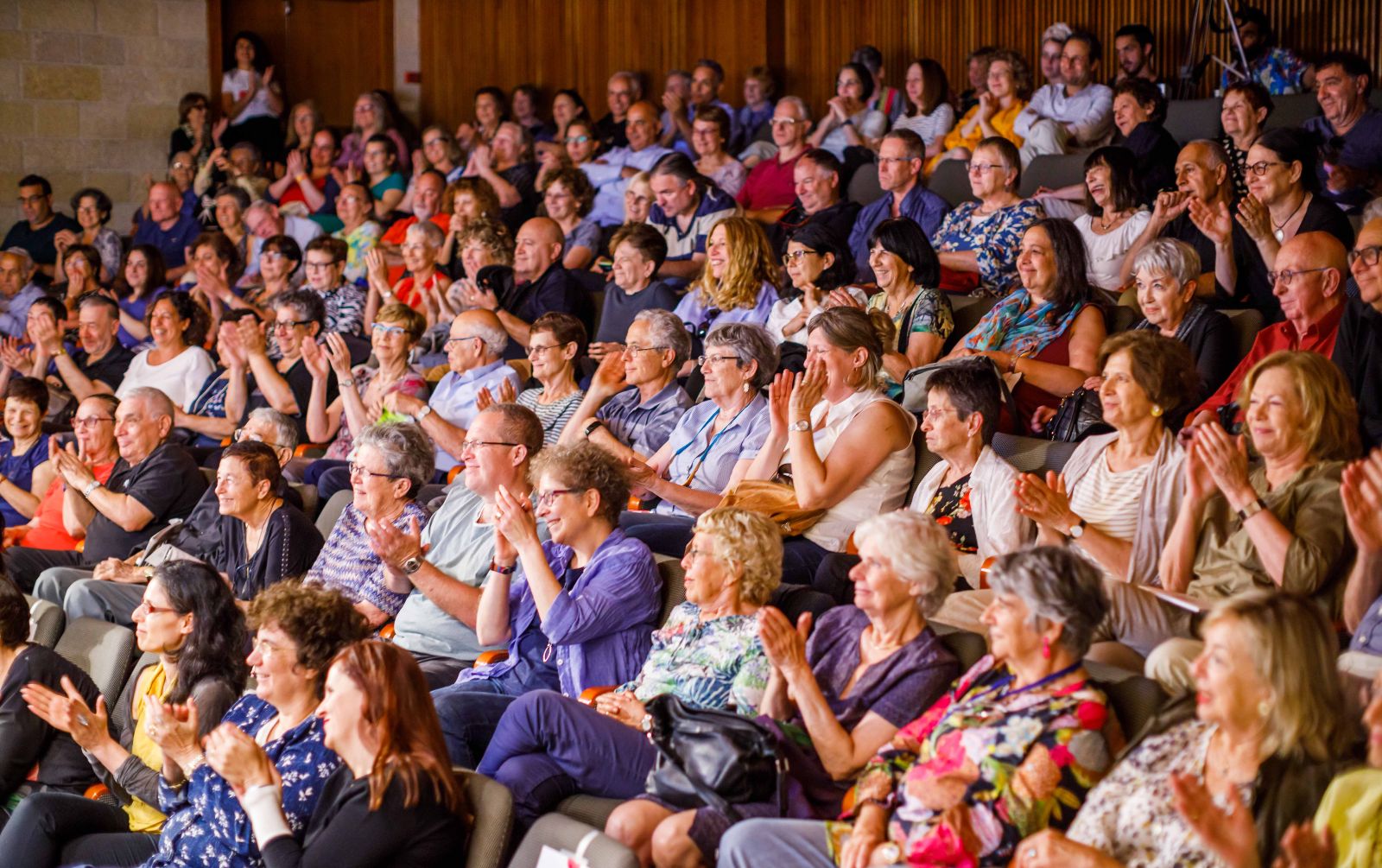 An upside to conducting an online, digital festival is that hall sizes don’t matter. Photo by Eliyahu Yannai

Writing and reading during the coronavirus crisis

That the festival is taking place during these extraordinary times highlights issues regarding both writers’ ability to write and readers’ capacity for reading.

“On the one hand, I think that the writers’ nature is anyhow to sit down alone and write, so this situation doesn’t make a big difference to them,” Schwartz says. “But on the other, there are different conditions.” Writers with young children, he cites as an example, probably have less time to work.

“Yesterday one author told me that she never experienced such intense writing throughout her career,” he recalls. “She’s really holed up and is writing much quicker than she did before.” Another, meanwhile, told him how difficult she was finding it.

“As for reading, we tend to think that people have more time to read now. I’m not sure that is the case, because people are upset – about the situation, its consequences, health, and making a living,” he adds. “I’m not sure that’s leading them to sit down and read a good book. That also requires a certain mode.”

Schwartz himself spends the time leading up to the festival catching up on the works of participants, and this year has been no different.

“The last book I read was a book by Matthew Weiner,” he says, referring to the Mad Men creator’s debut novel, Heather, the Totality.

“He wrote a charming book. Small in size, but in my opinion great,” he adds. “It really got hold of me. It was a surprise.”