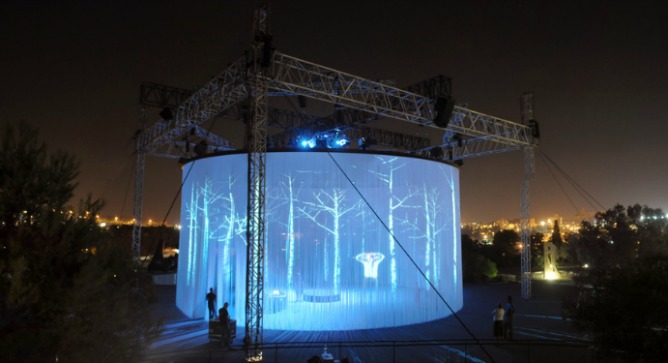 “There’s probably no other city in the world that’s been painted so often, sung to, sculpted, dreamed about, as Jerusalem,” says Karen Brunwasser, deputy director of Jerusalem Season of Culture, an annual summer sampling of original productions spanning dance, visual art, music, film, live theater, literature and everything in between.

“Our obsession,” she continues, “is about the question of what happens when excellent creativity meets this wild, crazy, beautiful, complicated city called Jerusalem. The ancient muse is very much alive and well in the amazing cultural institutions and artists that comprise this city.”

The ancient muse has partnered with the municipality under Mayor Nir Barkat to pack modern Jerusalem’s cultural calendar with nightly exhibitions and concerts, inclusive sporting events and grassroots projects such as Empty House, a push to convert abandoned buildings into cultural venues. 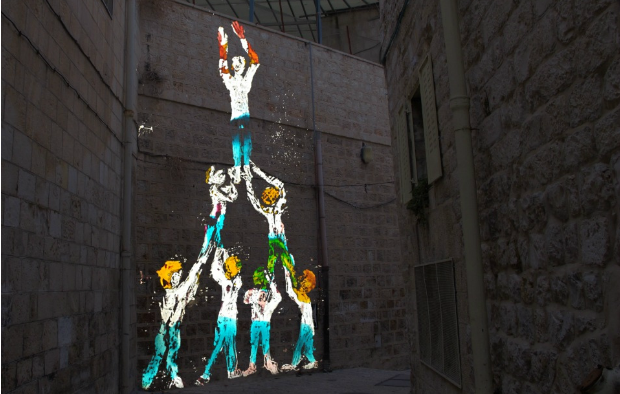 Nikola Dicke’s “Higher Up” from this year’s Jerusalem Light Festival.

Standing with Brunwasser on the rooftop of the luxury Mamilla Hotel overlooking the skyline of his native city, Barkat told ISRAEL21c and a group of American and European journalists that making Jerusalem a world-class destination is among his top priorities.

“I long felt that the huge potential of Jerusalem was not being tapped,” says the 52-year-old mayor, whose wife Beverly is a painter.

Thanks to an aggressive marketing strategy in cooperation with the Jerusalem Development Authority:Tourism and the Israel Ministry of Tourism, the “City of Gold” has taken on a new patina. 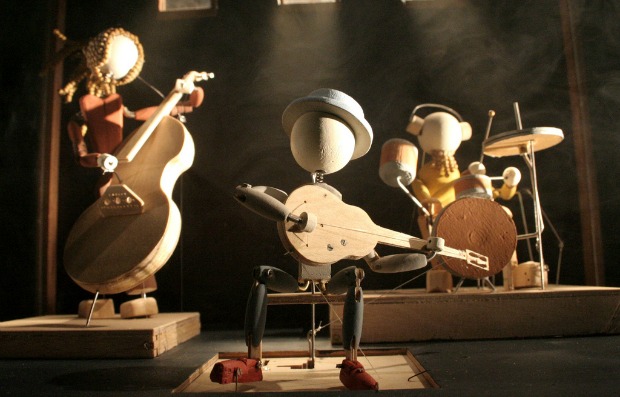 “In the last three-and-a-half years, we’ve scaled up from two [million] to four million tourists a year. This summer, we have four times more cultural events than four years ago. We had over 30 films produced in Jerusalem in that time — more than all of the films [made] in the first 60 years since the foundation of Israel,” says Barkat.

“For a thousand years, Jerusalem played a role as the center of the universe for many people of all beliefs. We’re deriving our strategy from that role, and it has done wonders for our economy because culture feeds tourism and tourism feeds culture.” 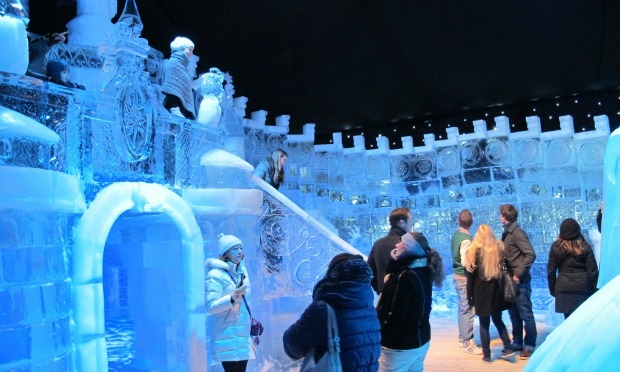 Beefing up nightlife is part of the picture. The past few years have seen the opening of more upscale restaurants and pubs such as Casino de Paris, a watering hole intended to draw sophisticated customers to the otherwise quiet nighttime alleys of the Machane Yehuda open market. The market is also the setting for Balabasta, a weekly nighttime August street festival.

“We realized if we wanted to increase our market share of tourism and the time people spend in Jerusalem, nightlife is key,” says Barkat. “If you have high-quality nightlife, people will use Jerusalem as their base for traveling all around the country. That’s why many of our events are geared to the night.”

Jerusalem’s inherent spiritual flavor sharpens when the sun goes down and the famously cool breezes pick up.

“In the City of David and the four quarters of the Old City, the night has a different dimension of spirituality,” says Barkat. “Combine that with good food, good arts and good cultural life, and people will stay another night.”

Hordes of handholding couples and parents with baby strollers packed the Israel Museum’s sculpture garden until past 11 each night during Ron Arad’s late-summer multimedia spectacular, “720 Degrees”. An onlooker remarked to ISRAEL21c that the scene felt more “Tel Aviv” than “Jerusalem.”

The mayor insists, however, that Jerusalem and Tel Aviv-Jaffa – Israel’s first- and second-largest cities, respectively – are not in competition for tourists.

“The brand ‘Jerusalem’ is unique,” he explains. “It is stronger than the brand ‘Israel.’ We are not competing with Tel Aviv, but with other major cities in the world.”

For example, he says, typically no more than 100 foreign runners register for annual marathons in Tiberias and Tel Aviv.

“I’m a marathon runner, so I decided to inaugurate a Jerusalem Marathon. In March 2010, we had 700 from abroad out of 12,000 runners. The second marathon had 1,600 runners from abroad, and next March we will probably get 2,500. They’d never consider coming to another marathon in Israel. They are coming for the experience of Jerusalem.”

On the final night of Arad’s exhibit, he sat with reporters inside his huge circle of 5,600 silicon rods onto which 11 video presentations had been projected, and threw out this teaser: “You want to see the best image of them all?” He signaled his crew to shut down the projectors, leaving only the moonlit panorama of the city itself visible through the rods. “This is Jerusalem.”

UNCOVER ISRAEL - Get the ISRAEL21c
Weekly Edition free by email
Sign Up Now!
Bring Israel's story to life.
Millions of people around the world rely on us to gain a deeper understanding of Israel. We are the trusted source for original content you won't find anywhere else.
You can make a difference. Donate today to support journalism that brings Israel’s story alive.
SUPPORT ISRAEL21c
Read more on:   Music, Jerusalem, tourism, Explore Israel, Travel, Art in Israel, Nightlife in Israel