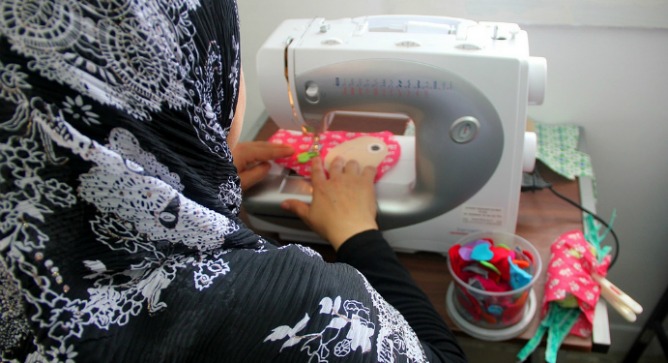 The pluralistic seaside city of Jaffa, part of the Tel Aviv municipality, is a living testament to Israel’s cultural and religious vibrancy. But unlike their Jewish and Christian counterparts, traditional Muslim women in Jaffa have a harder time integrating into the predominantly male social and business fabric of the community.

So Safa Younes, a former parole officer, asked some friends and her mother: If she built a community center for them, would they go to it?

With an affirmative answer in hand, seven years ago Younes created the Jaffa Bride of the Sea Women’s Community Center. Hundreds of other women have helped develop the center’s social projects.

The idea came up when Younes, 38, an educated career woman with an MBA, was on maternity leave with her youngest of three children. “I was working with teenagers and I met many women who said that they wanted a place for themselves, and I looked around and couldn’t find any place that would empower them,” Younes tells ISRAEL21c.

In the Muslim community, especially, “They needed a place because it is not common for women to hang out in public places, and certainly not at cafés. It would be a place that would help them find jobs, attend workshops or lectures,” she says. “I wanted to create a place to do that for them –– for women that want to work.”

Where Muslim women can feel free

The Bride of the Sea Center (Arous Elbahar in Arabic) is located in the hardscrabble Ajami neighborhood in Jaffa.

Younes says that she chose the name because “they say that Jaffa is the bride of the [Mediterranean] Sea. I like that. It’s a very feminine name.” 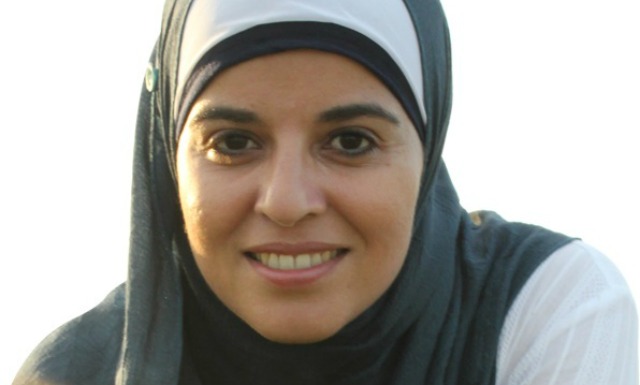 Jaffa is an ancient port city, possibly the oldest one in the world. People have lived in Jaffa continuously for thousands of years, and in the not-so-distant past this was the landing point from which Christian, Jewish and Muslim pilgrims made their way to Jerusalem, the Holy City.

Today Jaffa is going through gentrification and is attracting both young students and upper-class homeowners looking for a more alternative and exotic location to Tel Aviv.

About 100 women are currently enrolled in projects at Bride of the Sea, learning new skills such as bookkeeping, home finances, computers, English and small entrepreneurship. 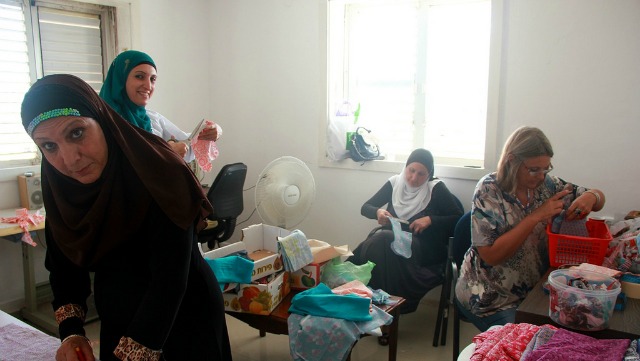 The center offers many activities and classes.

One of the successful projects is Jaffadolls, a small group of seamstresses who make gender-neutral dolls for fair-trade wages from their home. The one-of-a-kind dolls are sold all over Israel, at design stores and crafts fairs.

Last June, the Bride of the Sea center arranged a crafts fair to let the local community taste and buy some of the products made by women there, including homemade Arabic treats, jewelry and handmade toys like the Jaffadolls.

Designer Yifat Kedmi is responsible for managing the social business projects at the center. She helped organize the fair, an unusual event for Jaffa’s religious Muslim women.

She tells ISRAEL21c: “The main purpose of this association is to give a platform to empower women socially or financially. All our projects do the same thing in different aspects – helping women who sew and who like sewing and designing. 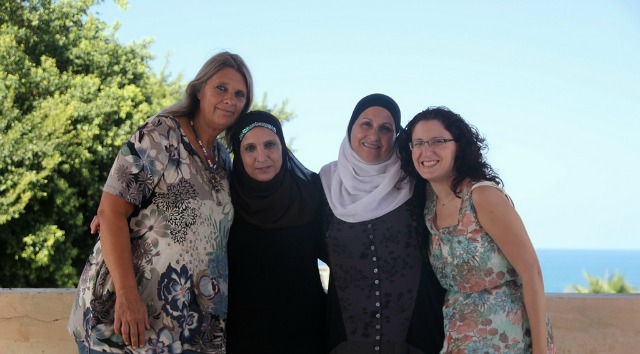 “It was a new thing to get the women out of the house to give them security to help them know they are not alone,” she adds.

Jaffadolls participants are fabricating about 100 a dolls every month, and hope to ramp up production once they start selling online internationally through websites like Etsy, which are already a hit with Israeli craftspeople looking to sell their wares abroad.

While the center focuses its efforts mainly on religious Muslim women, it has expanded its programs to include women from the Christian and Jewish communities as well.

A popular Arabic language class offered twice a week gives Jewish Israelis a chance to learn Arabic in an informal setting, while at the same time learning cultural aspects such as Arabian-style cooking.

For many of the Muslim women at the center, cooking is the main way for them to show off their culture and to reach out to people they love or don’t yet know.

The Jaffa Bride of the Sea center is run by six women and a team of volunteers. It’s a community center, a school and a club with new things going on all the time –– all for the women.