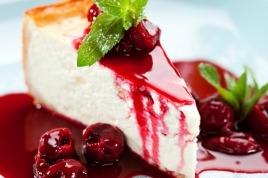 There are those who like baked cheesecakes. Others who prefer “no-bake” cakes. And still others who are partial to flavors.

I like almost all cheesecakes. My favorite is cherry cheesecake, though I do also love no-bake whipped plain cheesecake.

Israelis eat 252 tons of baked cheese pastry – from bourekas to cakes – every year. According to Pillsbury Israel, there’s a five to seven percent jump in sales surrounding the Shavuot holiday.

Of course, Shavuot has much religious significance. The holiday commemorates the day the Jewish people received the Torah; it is one of three biblical pilgrimage festivals; it marks the conclusion of the counting of the Omer, it is the day of the first fruits; and the Festival of Reaping.

Shavuot is different from other Jewish holy days because it has no specific mitzvoth (commandments) to follow other than the regular observances of not working and reciting special prayers.

Instead, the holiday is marked according to traditions.

There are numerous customs — decorating the synagogue with flowers (Mount Sinai burst into flower when the Torah was given), staying up all night learning Torah (Tikkun Leil Shavuot) and eating dairy foods. Children in Israel wear white to school and take with them a basket of fruits, veggies and dairy puddings.

Kosher came into being when the laws of the Torah were given and because the slaughtering of animals now had to be done in a certain way, it was easier to celebrate the receiving of the Torah with a dairy celebration.

Enter the tradition of eating cheesecake. It was a practice I was happy to adopt upon moving here (I grew up celebrating with blintzes – good too, but not the same). 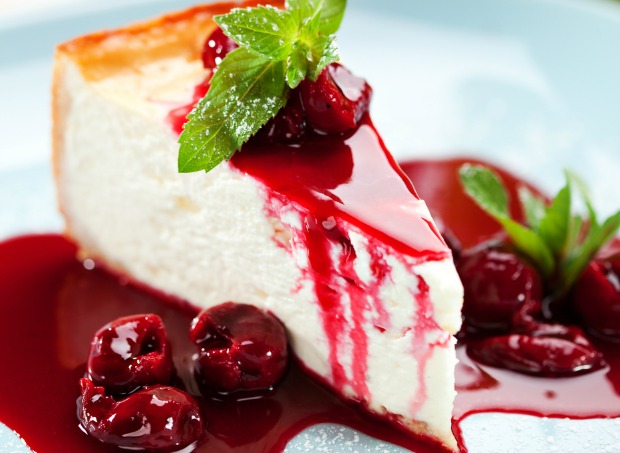 In the weeks leading up to Shavuot in Israel, the bakeries are brimming with cheesecakes. Colleagues trade recipes or boast of having made the “best cheesecake ever.”

New York might be better known as a cheesecake haven year-round, but this week it’s all about Israel’s cheesecakes. Don’t forget, Israel is a world leader in the dairy field and that means its cheesecakes taste especially scrumptious.