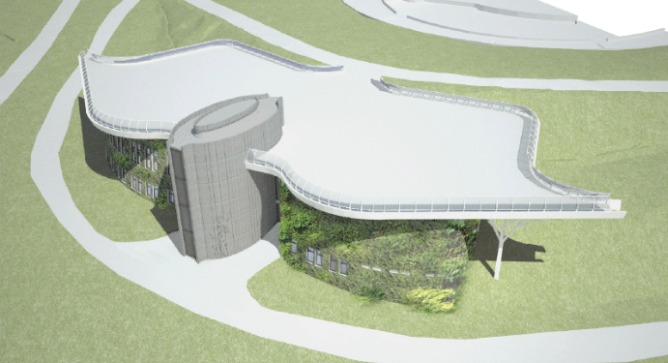 The planned new building for the International Center for the Study of Bird Migration in Latrun.

Birding in Israel is serious business. With more than one billion feathered friends flying over Israel during spring and autumn, and an amazing variety of resident bird species, the country is one of the world’s best places for bird-watching all year long.

“Israel sits on the junction of three continents,” Prof. Yossi Leshem, director of Israel’s International Center for the Study of Bird Migration (ICSBM), tells ISRAEL21c. “Politically, it’s a disaster, but for bird migration, it’s heaven. We have a huge bird bottleneck — it’s a superhighway.”

The Israeli government recently okayed a $10 million budget to revamp the national network of birding centers. The five-year plan calls to improve some of the existing eight birding centers and build seven new ones. Each center will highlight education, research and conservation of a specific region and its birds.

Separately, ground will be broken this year for a new ICSBM building at Latrun, and the first stages of a wetlands will take shape in central Tel Aviv.

Leshem, the expert on all things bird related in Israel, says hardcore birders know that Israel is a hotspot for bird-watching but that reaching the greater recreational audiences is a central goal.

“Birding is the story of the present,” says Leshem, a senior researcher in the department of zoology at Tel Aviv University. “People in the bird business know that this is a place to come. You can see 540 species or 40,000 storks in one morning. This is something really special.”

Every migration season, 500 million birds fly over Latrun, a strategic hilltop in the Ayalon Valley. It is for this reason that the main birding center in Israel is based here.

The new $3 million ICSBM, to be shaped like a bird, is meant to raise awareness for the country’s bird tourism, education, conservation and research projects. The center will include an observation roof, two auditoriums, a museum, an education center and nesting boxes.

The expanded center has been a dream of Leshem’s for over 20 years. Back in 1991, when he and Leonid Dinevitch, a former Soviet general and expert in weather forecasting, converted a weather radar to track bird migration, Leshem decided that he wanted to build a museum and scientific center.

The existing ICSBM, a joint initiative of the Society for the Protection of Nature in Israel and the Tel Aviv University, has classrooms and dormitories for bird-watching educational programs, migration research, flight safety and international cooperation. 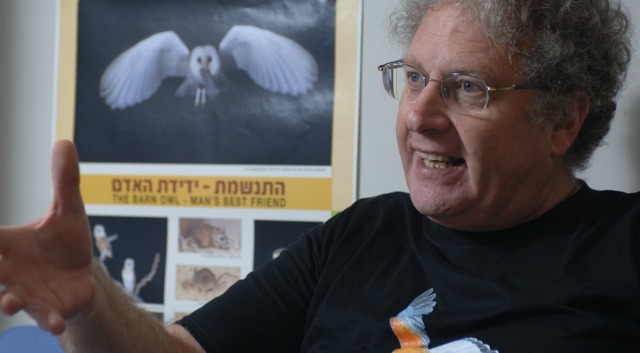 While there is always activity at the bird center, Latrun is mainly known for its Armored Corps Memorial Site.

“The Armored Corps tells the story of our heritage and the conflict,” Leshem says. “This is our past. The new center will tell the story of the future: bird migration, environment, high-tech, radar, satellites. I believe we’ll draw 200,000 visitors a year.”

Wetlands in the heart of TLV

The country’s most famous ornithologist bubbles with excitement when he speaks of the proposed Tel Aviv Bird Observatory at Rosh Zippor (Bird Head) in Yarkon Park. It will comprise a wetlands and urban nature site, along with an observatory. 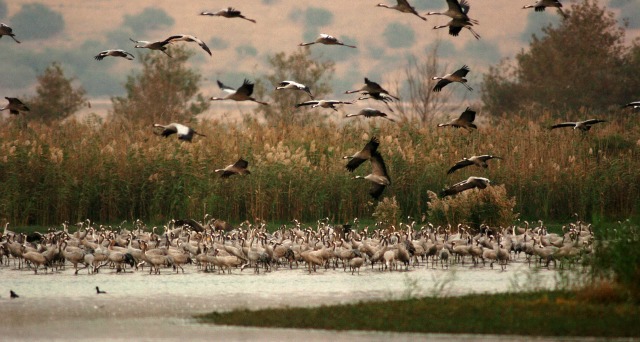 “It will be like a mini Hula Nature Reserve but in the middle of the city,” he says.

JNF Australia raised $2.8 million to fund this project, which will sprawl over eight acres. The Tel Aviv Observatory, in planning since March 2009, is meant to mirror the successful Jerusalem Bird Observatory, with ongoing programs for schoolchildren, bird ringing, and a place for birds to feed and roost.

“This is an amazing site in the heart of Tel Aviv. I have no doubt that this will become a big attraction,” Leshem says of the project that will include a manmade pond, an orchard, pedestrian paths, hidden observation areas and a pavilion. “We’ll have at least 150,000 visitors a year.”

At any given time, the ICSBM in Israel has dozens of conservation and educational programs underway. 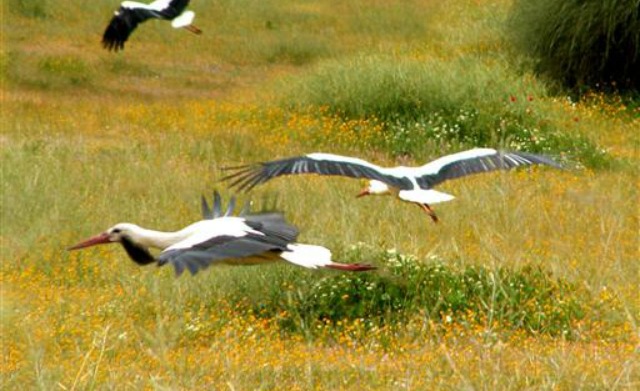 “If it works well with ospreys, we’ll use other birds in future projects,” says Leshem.

Another goal of the project is to combine digital technology like Google Earth in the study, and effectively create what Leshem dubs “Google Bird.”

“When it comes to birding, Israel is among the world leaders in conservation and education,” Leshem tells ISRAEL21c.

Another group to join the country’s birding activities is the Hoopoe Foundation. Founded in December 2010 to promote interdisciplinary activities of birding in Israel, in its first year it supported 14 conservation, research, educational and awareness projects in conjunction with the ICSBM, the government, academic and public bodies as well as other foundations.

Leshem is all about investing in the education of children. “When I was a child, no one could guide me and show me the birds,” he says. “Now we have thousands of bird lovers. We need to invest in the schoolchildren. They are the future.”

UNCOVER ISRAEL - Get the ISRAEL21c
Weekly Edition free by email
Sign Up Now!
Bring Israel's story to life.
Millions of people around the world rely on us to gain a deeper understanding of Israel. We are the trusted source for original content you won't find anywhere else.
You can make a difference. Donate today to support journalism that brings Israel’s story alive.
SUPPORT ISRAEL21c
Read more on:   Eco-Living, Environment, Yossi Leshem, Bird conservation