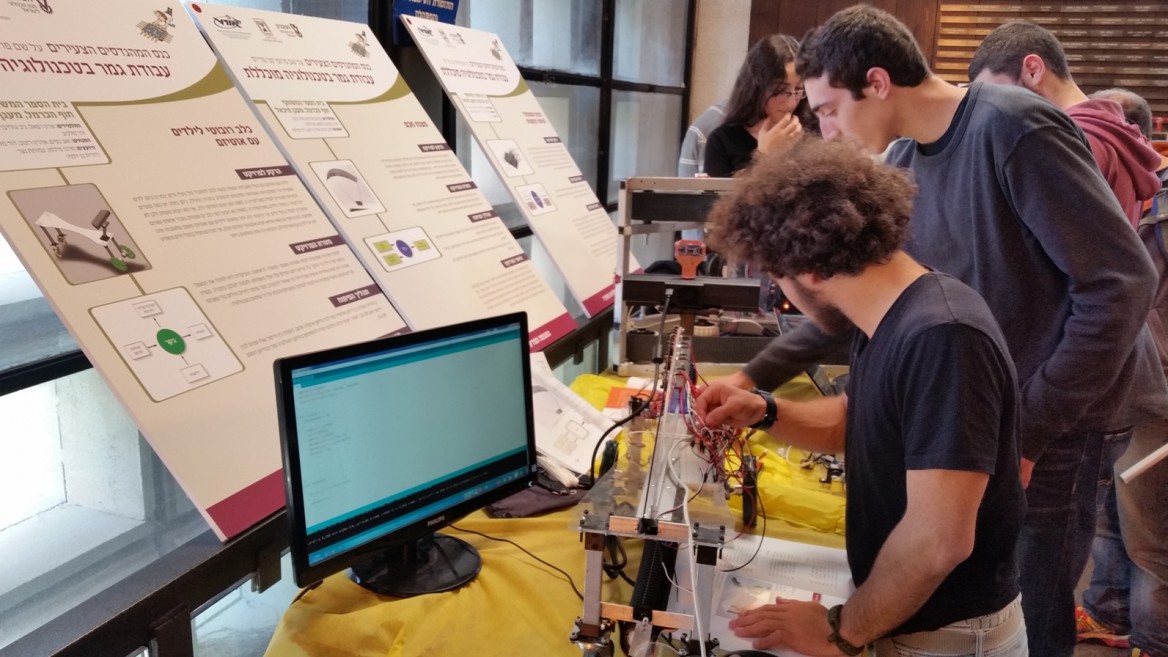 For high school seniors in the science and engineering track, the conference and competition caps four years of study. Photo courtesy of ORT Israel

Erez Indivo, a young teacher at the Alon School in northern Israel, suffered a fatal heart attack during his morning jog five years ago.

Seniors at Alon, part of the Israel Sci-Tech Schools Network, had Indivo in mind this year when they developed a sensor-embedded mobile phone application that monitors and warns about impending cardiac arrest.

This project was among 56 student presentations at the network’s annual Young Engineers Conference and Competition, held in February at the Technion-Israel Institute of Technology in Haifa. The projects covered robotics, artificial intelligence, the environment, bio-medicine and helping the disabled.

This was not just a regular high school science fair; a few of the most outstanding inventions are being further developed through partnerships with professional entities, such as the Israel Electric Company, and venture capitalists.

Among the projects are a microbiological water filter to be used by a Polish corporation at a desalination plant in Nigeria; a computer program that converts hand signals to speech; and a helmet attachment developed with the Israel Air Force to monitor pilots for loss of consciousness.

“In preparing their projects for the Young Engineers conference, our students have had to coordinate and work with professionals from the medical and high-tech worlds,” explained Zvi Peleg, director-general of the Israel Sci-Tech Schools Network, which encompasses 206 institutions and 100,000 students. The annual conference started about 10 years ago to showcase and advance the projects. 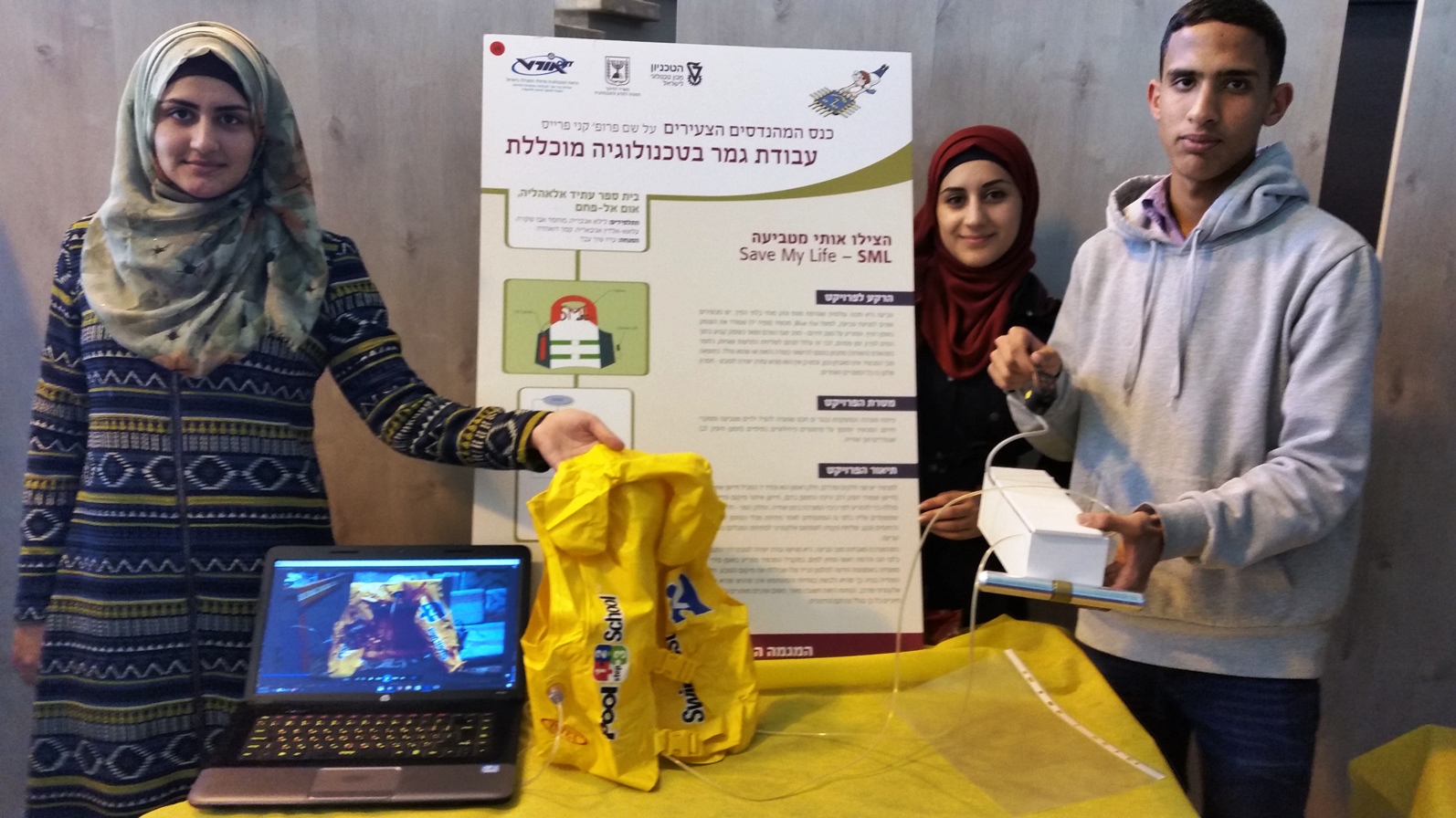 “We have to educate the Leonardo da Vincis of tomorrow,” says Eli Eisenberg, senior deputy director-general responsible for research, development and training for the Sci-Tech Schools Network. “We need more engineers and scientists if we want to survive and remain independent.”

A jury of startup entrepreneurs, Ministry of Education and other officials chose the 56 projects out of about 100 applicants, looking for those that took an especially creative, innovative, unique — and also practical and workable — approach to a communal problem. The exhibition was open to the public and the media.

The student contestants, says Eisenberg, “were from all over Israel — Arabs, Jews, Druze, Bedouins, Muslims, Christians, haredi — all of them presenting their projects together. The energy was fantastic.”

Several inventions were singled out for recognition in various categories.

First place went to Basicle, a module that can be attached to a bike to create an automatic gear-changing mechanism. It was developed by students from the Mor Metro-West School in Ra’anana.

Second place was awarded to students from the Yitzhak Rabin School in Tel Mond for their Aneurysm Monitoring Aortic (AAM). Using a mobile ultrasound unit, as well as a computer program to analyze the imagery, AAM can monitor abdominal aortic aneurysms.

The third-place winner was the Firefighting Navigation App developed by students from the Sci-Tech Bustan al-Marj school in Kfar Nin (a Muslim municipality) to direct firefighters to the nearest hydrant using a Google Maps API. 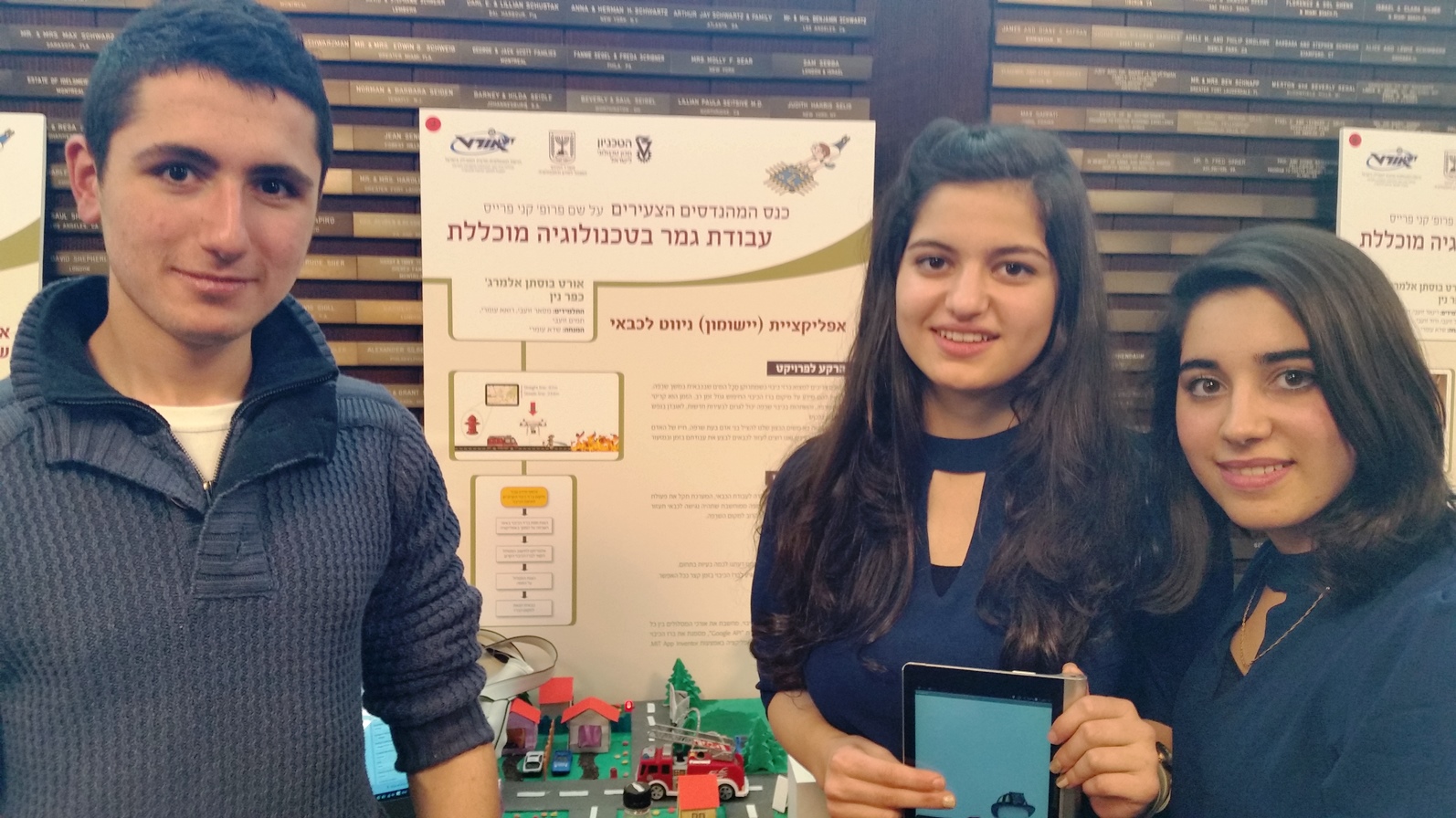 “Audience Favorite” awards were given to a system preventing friendly-fire incidents in the military, using specially woven fibers and automatic locking mechanisms on the firearms; a system of sensors and magnets to alleviate shaking in Parkinson’s patients; and a smart street-crossing system to protect pedestrians.

The curriculum of the future

Eisenberg explains that the Israel Sci-Tech Schools’sxIsrael Sci-Tech Schools’s – seeks to ensure the security and vitality of Israel through the advancement of a strong science and technology education for all its citizens. We support Israel’s largest educational network of schools and colleges research-and-development center devised a STEM (science, technology, engineering and mathematics) track for its high schools about 15 years ago, anticipating a worldwide change in educational direction.

This year, Sci-Tech R&D introduced its new I-STEAM curriculum, which adds the elements of innovation and arts into STEM in order to promote creativity in thought and design. In addition, business models and marketing components have been added.

“About 60% of our children major in science and technology,” Eisenberg tells ISRAEL21c.

Every year, chosen seniors present their projects at the Young Engineers conference as a culmination of their four years in the track. Hundreds of Sci-Tech freshmen from across Israel are invited to attend so they can learn more about the science and engineering track before having to choose a major in 10th grade.

“I told the children that the projects are very important, but what I see as most important is how these projects motivate them,” says Eisenberg. “Motivation is the main challenge in education; many children do not see school as relevant. I saw in their eyes how motivated they were through identifying human and societal problems and investigating how to solve them. They begged you to come and learn about their projects and they were so bright-eyed.”