Mekorot, Israel’s national water carrier and water tech company that spurred last year’s $1.4 billion in water exports, is about to enter the drier regions of California. 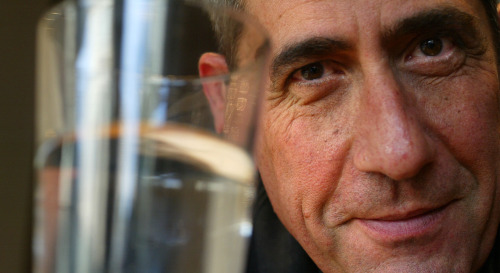 Photo courtesy of Olivier Fitoussi /FLASH90.
“Water is energy. If you give me the energy I will give you water.” Eli Ronen, chairman of Mekorot

It is almost mind-boggling that Israel, a country with such a dearth of fresh water resources, has become a leader in water technologies. That is, until you learn about Mekorot.

Most of Israel’s $1.4 billion in water tech exports last year wouldn’t have been possible if it weren’t for the government-owned water carrier and water tech company, chairman Eli Ronen tells ISRAEL21c. Mekorot transformed Israel into a global water leader by making water research and policy a national priority decades ago.

Now Mekorot’s expertise in water management, specifically in desalinating water, is on its way to south California. Ronen confirms that Mekorot has signed an MOU with Water Solutions Technologies (WST) of Fresno, California.

The company’s activities in California will extend to water-poor areas such as Fresno in the San Joaquin Valley and other regions like it. The contract between Mekorot and WST was signed at the Fresno Convention and Entertainment Center where Ronen recently lectured to about 800 people about Israel’s water solutions.

Fresno is America’s number one agricultural producer and new solutions for the large quantities of water needed to sustain agriculture there are badly needed. Poor water allocations for farmers have forced them to leave thousands of acres to lie fallow and many farmers are in a holding pattern.

“California suffers from the same problems that Israel suffers from, especially in its southern parts and it needs to overcome these difficulties,” says Ronen. “We hope to be the one who can help.”

Mekorot already manages about 30 small desalination plants in the south of Israel, and the idea is to do something similar with the brackish water along the southern California Pacific coast. Ronen says that once government approval and investment are obtained, 10 to 50 small- to medium-sized desalination plants could be set up in California within 18 months.

California has recently allocated some $12 billion to improve its water sector and the Israeli company is looking forward to being part of the solution. In addition to desalination technologies and their implementation, Mekorot has expertise in reusing wastewater, cloud seeding and drilling deep wells.

The California project will be Mekorot’s first in the US. “Raising the capital depends on the financing done by the American company,” Ronen explains, adding that hundreds of new jobs for Americans would be created with the design, development, construction and management of the new desalination plants.

“Most of the work will be done by local Californians,” says Ronen. “We will create jobs and the water project will save energy. I always say that water is energy. If you give me the energy I will give you water. I am sure that we are going to provide green technology [to California]. It’s complicated to provide water by green technology, but we will do our best.”

Mekorot is eager to join the two Israeli root irrigation companies that are already present in the water-starved Fresno region – Netafim and Queengil.

Proven technology with Israel as test-site

As a government entity, Mekorot functions in government to government business and trade, but Ronen stresses that its bag of technologies and know-how can be implemented in the private sector as well, mentioning the company’s water incubator Watech that accelerates R&D for new technologies.

Not to be confused with the international Watec conference in Tel Aviv, an independent entity, Mekorot’s Watech deals with the R&D of new water technologies. It provides beta sites all over Israel for testing new water and energy saving solutions. “If a technology interests us we buy it,” says Ronen.

“We have a lot of solutions,” he says, referring to the pending project in California, “It depends on what California needs and what they will choose. They have a lot of brackish water and will have to drill and desalinate in order to use it. This is the main idea for the joint venture. It’s not just Israeli technology, but we will provide them with the whole integration for the desalination plants.”

Operating as a private company, wholly owned by the State of Israel, Mekorot sells water bonds through various local funds. It also commercializes the water technologies that it has developed over the decades, reaching about $500 million in exports every year.