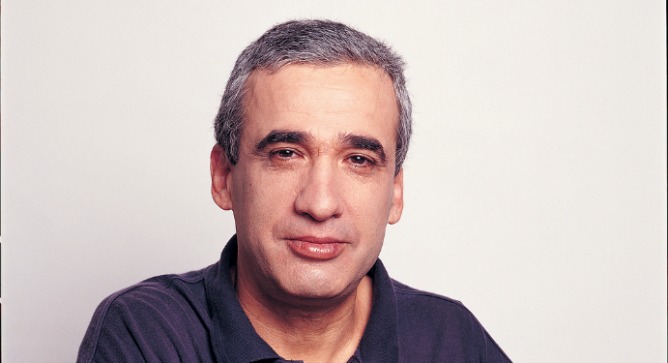 Israeli solar energy pioneer Prof. Jacob Karni was born just two years after Israel became a state, in 1950. Already back then, the country’s leaders were tangibly aware that Israel needed to develop its human resources in order to build a country that was severely lacking in energy and water.

Unlike some kids who have their goals set early, Karni didn’t know he would be an engineer, let alone work with the sun. He grew up in the Polish Zionist Kibbutz Beit Alpha in northern Israel, where he slept in a children’s house like all kibbutz kids back then, and his mom before him. He went on to become an officer in a tank unit and served in the 1973 Yom Kippur War.

Falling in love with an American Jewish woman in 1974 sent him packing to Minneapolis for about 10 years. When he and his wife returned to Israel in the mid-Eighties, he had four children and three degrees in engineering from the University of Minnesota – the last one a PhD in mechanical engineering.

His specialty was heat transfer and thermodynamics: “A professor in my department, my colleague and adviser Prof. Ed Fletcher in the US, was a pioneer in high-temperature solar thermal chemistry and he introduced me to what I am working on now,” says Karni.

Unlike many Israeli researchers who choose either a career in academia or a life of entrepreneurialism, Karni has found a happy balance between the two.

Although he has one of the brightest solar energy careers in Israel, he avoids the spotlight and prefers to call himself “a lab rat.”

Through his two-and-a-half decades of work at the world-renowned Weizmann Institute of Science in Rehovot, Karni and his lab team have laid the foundations of three promising solar energy technologies — two to the point of having commercial breakthroughs.

In these two companies, he says, “I am like in a parent position after the kids have grown up. I talk with them regularly to discuss issues informally. But we keep in close touch.”

And now Karni has invested his research into NewCO2Fuels, which aims to make brown coal and power plants greener by using power from the sun to produce hydrogen fuel more cheaply, efficiently and safely while solving storage and transportation issues.

“Our work now focuses on creating fuels from sunlight, water and carbon dioxide that comes out of smokestacks. We are trying to do what trees do very well when they convert sunlight, CO2 and water into building materials,” he tells ISRAEL21c.

Each company has about a decade of R&D behind it.

“I start with an idea and we keep developing it until we figure out why it doesn’t work, to find fundamental flaws and then drop it or find out what’s wrong and fix it. We get to the point where an idea works and where they have the potential to make the process of converting sunlight to electricity or fuel efficient, with the potential for the costs to be low.”

Unlike efficiencies in the solar photovoltaic market hovering at around 15 percent, Karni aims for his solar technologies to be about 30% efficient at converting the sun’s photons into electricity.

Without high efficiencies there is no market for solar, he says. It needs to be at the same cost, or less than traditional polluting fuels, in order for the masses to adopt it.

“The sun is the only solution I can see, the only one,” he stresses.

“In my work I am looking for an absolute solution and it is not the easiest thing to do,” he says. “Solar energy is challenging, perhaps the most challenging of all the renewable energy solutions, but it is really the only one that offers the best solution. Some will argue that position for nuclear, but being in the Middle East we don’t like solving one problem to create another. If you use nuclear, it might solve a temporary energy problem, but it opens a Pandora’s box of other problems.

“I don’t have a magic wand to make it work, though I am trying,” Karni concludes.

UNCOVER ISRAEL - Get the ISRAEL21c
Weekly Edition free by email
Sign Up Now!
Bring Israel's story to life.
Millions of people around the world rely on us to gain a deeper understanding of Israel. We are the trusted source for original content you won't find anywhere else.
You can make a difference. Donate today to support journalism that brings Israel’s story alive.
SUPPORT ISRAEL21c
Read more on:   People, Weizmann Institute, Jacob Karni, Environment, Solar energy