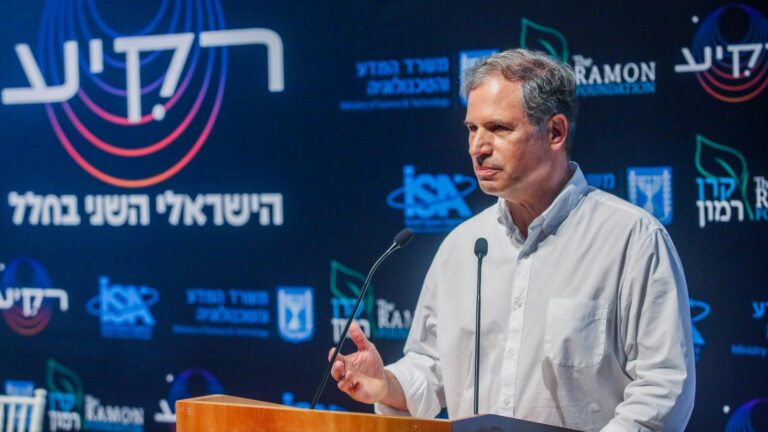 Eytan Stibbe, the second Israeli astronaut to launch into space, at a press conference in Tel Aviv. Photo by Flash90

After about 18 months of preparation and numerous delays, Israel’s second astronaut, Eytan Stibbe, is scheduled to take off for a week-long stay at the International Space Station.

The 64-year-old Stibbe was a close friend of Israel’s first astronaut, Ilan Ramon, who was killed in the explosion of the Space Shuttle Columbia in February 2003. Receiving his pilot wings in 1978, Stibbe flew under Ramon’s command in the 117 F-16 squadron.

Stibbe’s Rakia Mission is intended to advance education and the arts in Israel. Rakia is part of Axiom Space Ax-1, the world’s first private mission to the ISS.

Stibbe is donating his time and all costs of the journey, including expenses related to the 44 experiments he’s taking along from Israeli scientists, entrepreneurs and students.

These experiments are designed to test the effects of outer space on a wide variety of conditions ranging from medical to agricultural.

Among them are a special helmet to record brain changes during space travel, and special chickpea seeds testing hydroponic techniques for plant growth in zero gravity. 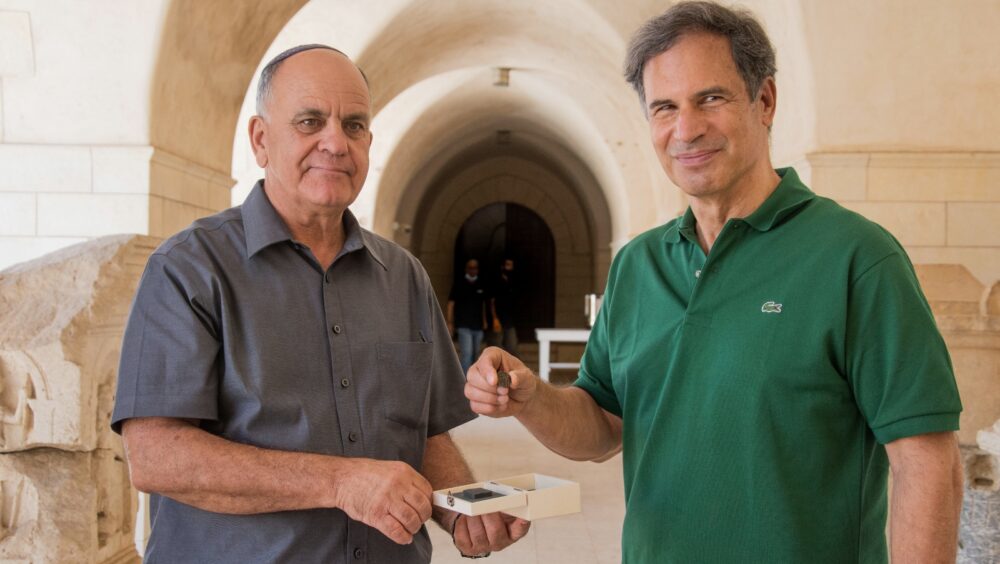 IAA Director Eli Eskosido, left, presents Israeli astronaut Eytan Stibbe with an ancient coin for guardianship while on his trip to space. Photo by Yoli Schwartz/IAA

Stibbe will also take along the artworks “Big Dream” and “Impossible Object” and symbolic items such as a nano Bible engineered at the Technion and a 1,900-year-old Jewish coin recently unearthed in the Judean Desert.

UNCOVER ISRAEL - Get the ISRAEL21c
Weekly Edition free by email
Sign Up Now!
Bring Israel's story to life.
Millions of people around the world rely on us to gain a deeper understanding of Israel. We are the trusted source for original content you won't find anywhere else.
You can make a difference. Donate today to support journalism that brings Israel’s story alive.
SUPPORT ISRAEL21c
Read more on:   News, Technology, Space, Eytan Stibbe