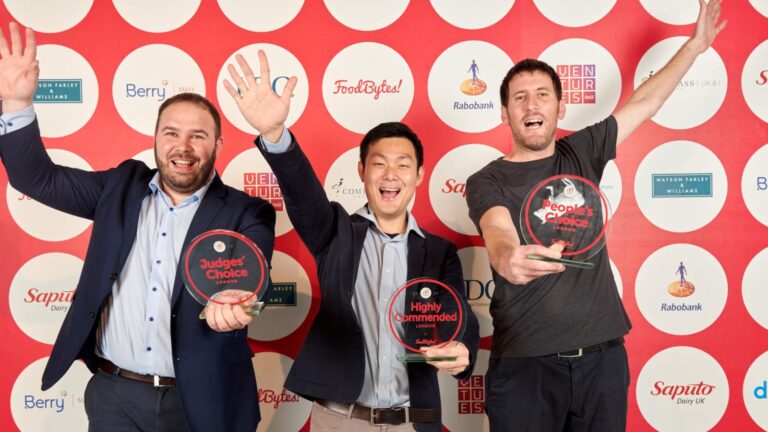 Three Israeli food-tech initiatives were among 15 revolutionary startups to pitch groundbreaking, sustainable solutions for the food and agriculture industry at FoodBytes by Rabobank in London last month.

The company is developing “a plant-based steak without the cow in the middle.”

The Redefine Meat technology will use a proprietary recipe of sustainable and natural ingredients and a 3D printer to produce a vegan food with the  appearance, texture and flavor of meat.

Cofounder and CBO Adam Lahav accepted the award. “We’re delighted to get the backing from the audience here at FoodBytes London today. It’s a humbling accolade as Redefine Meat is created for the people – to bring them better options when it comes to meat-alternatives, animal welfare and environmental responsibility.”

The other Israeli finalists in the second annual Foodbytes global pitch competition and networking platform were ag-tech startup Trellis, whose AI-powered Food System Intelligence Platform aims to optimize the way millions of acres of land are transformed into consumable food; and Else Nutrition, developer of a non-soy, nondairy infant formula.

Tamira Treffers-Herrera, CEO of Rabobank Europe, commented: “FoodBytes really caters to the need for startups and corporates to connect in the food and agriculture industry. By merging the two, there is significant scope to innovate with cross-collaboration and bring the inspiring and original ideas from entrepreneurs to the next level.”