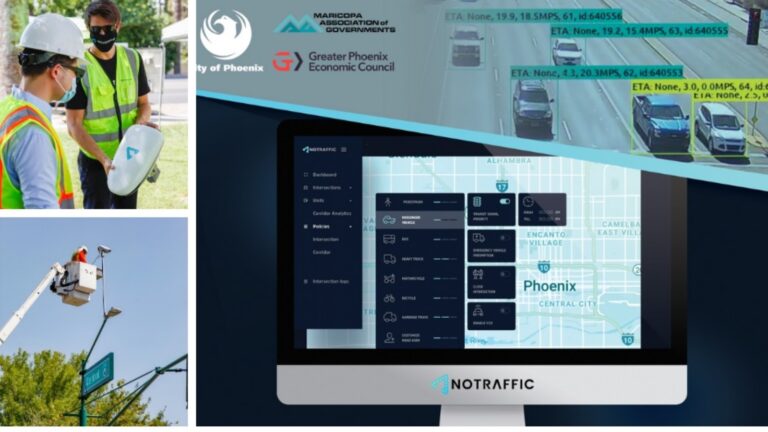 Drivers in Phoenix, Arizona — the fifth largest city in the United States – will soon experience faster commute times thanks to “smart” traffic lights from California- and Tel Aviv-based NoTraffic.

The unique autonomous traffic-light system was installed at specific busy intersections on August 17 to reduce the amount of time vehicles and pedestrians wait at traffic lights, based on actual demand.

A previous test of NoTraffic’s sensor-based platform in another US city led to a 40 percent reduction in vehicle delay time.

The advanced software also enables services such as emergency vehicle preemption, transit signal priority and pedestrian prioritization, all in a click of a button.

NoTraffic’s AI-connected vehicle technology (V2X) distinguishes between all travel modes (including bikes, pedestrians, cars, buses, emergency vehicles and commercial fleets) and calculates in real time the most optimal service for the intersection and autonomously changing the lights accordingly. “The opportunity to collaborate and test this new technology with regional and global partners is very exciting for Phoenix.”

NoTraffic’s project is a part of the Maricopa Association of Governments (MAG) emerging technologies initiative to test new technologies for viability before large-scale investments are made.

Partners in the program include the City of Phoenix, Greater Phoenix Economic Council, Arizona State University, University of Arizona, and Northern Arizona University. The University Task Force established by MAG will provide independent evaluation of the system based on the regional deployments.