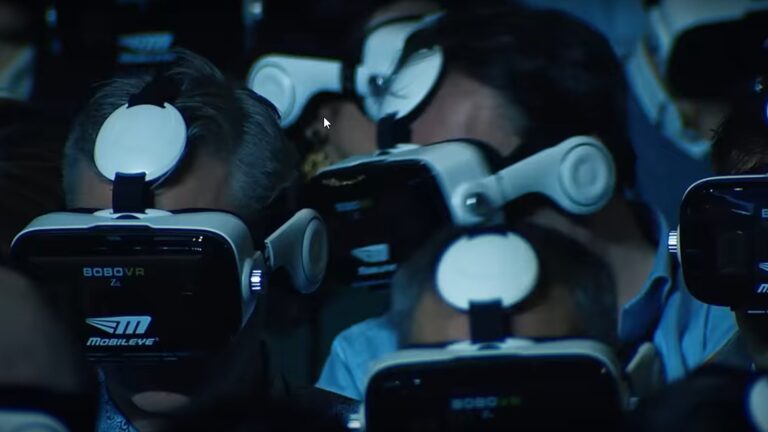 A new Guinness World Record was set for most people using virtual reality displays at the same time, when the Israeli company Mobileye made a presentation to 1,867 business leaders at the 2017 YPO Edge conference in Vancouver, Canada, on March 3.

Mobileye cofounder and CEO Ziv Aviram is a member of YPO (Young Presidents Organization), a global community of chief executives dedicated to lifelong learning and idea exchange. He surprised the gathering of YPO global business leaders from 130 countries with a virtual reality experience of riding in a driverless car.

Mobileye is the leading supplier of software that enables Advanced Driver Assist Systems (ADAS), with more than 25 automaker partners including some of the world’s largest. The company’s technology also supports autonomous driving through sensing, mapping and driving policy.

A recently announced partnership to develop production-ready fully autonomous vehicles with BMW and Intel aims for production in 2021.