Israel’s Special in Uniform gives young adults with intellectual and physical disabilities the chance to serve in the military. Photo courtesy of JNF-USA

Marsh Neeley is a five-year-old boy with Down Syndrome. His father, Chris, is starting an American version of Israel’s military inclusion program, Special in Uniform, so that young adults with intellectual and physical disabilities can serve their country.

“I want Marsh to know that when he’s old enough he can wear the American flag on his shoulder, just like his older sister and brother,” says Neeley.

The South Carolina resident is a US Army and Navy veteran, a major in the US Army National Guard, a special-education administrator and chair of the President’s Committee for People with Intellectual Disabilities. 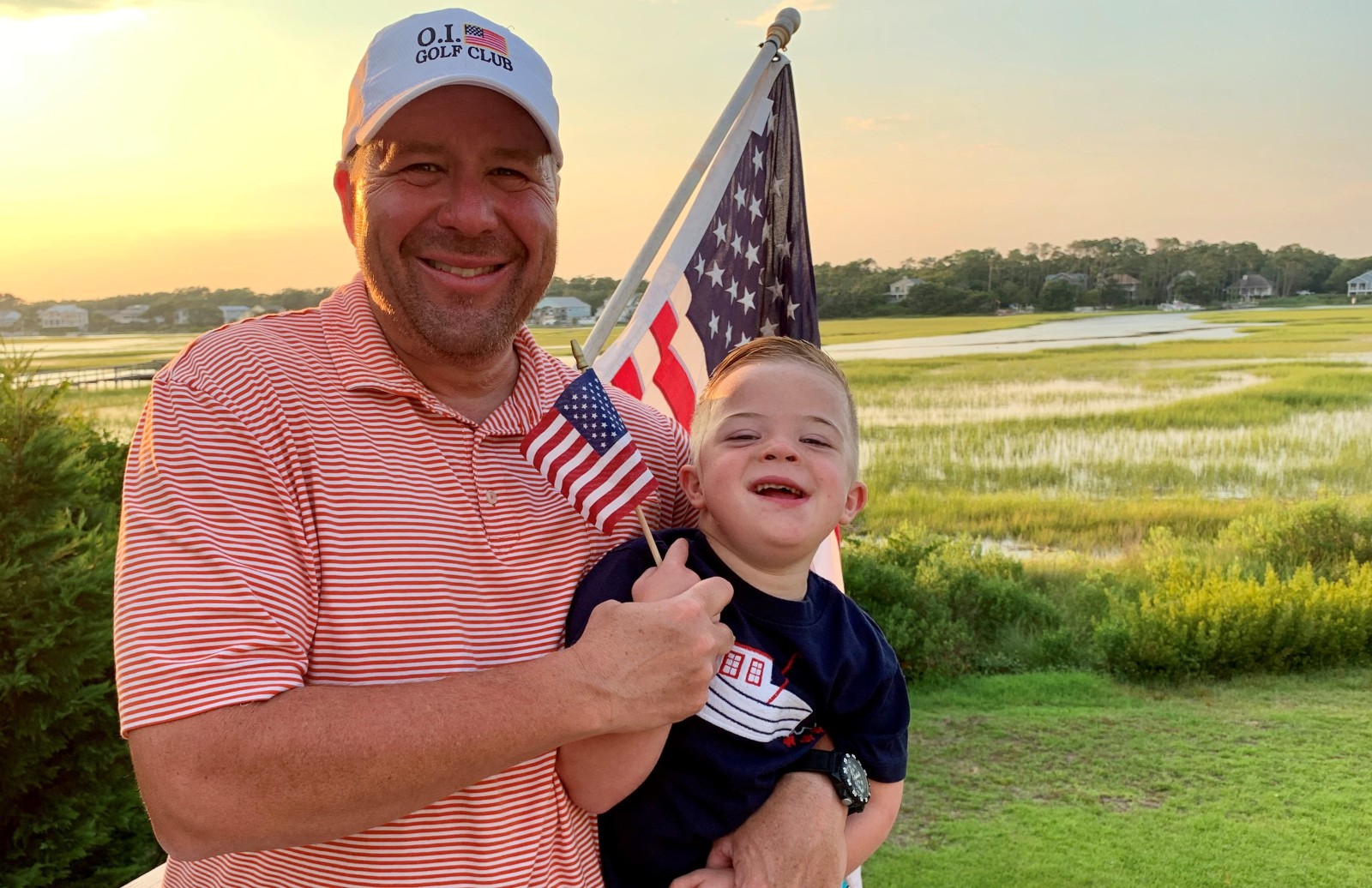 Chris Neeley, chair of the President’s Committee for People with Intellectual Disabilities, with his son Marsh. Photo: courtesy

Neeley and his wife, Janie, came across Special in Uniform in March 2018 when researching inclusion programs around the world.

“One place people with disabilities haven’t been included is the military,” says Neeley. “When I saw what the Israeli Defense Forces did to include them among their ranks, I realized this innovative approach could be a model for the United States.”

Less than a year later, Neeley accompanied the task force to Israel. He visited some of the 28 bases where about 450 Special in Uniform soldiers are stationed.

“I was blown away,” Neeley tells ISRAEL21c.

“I talked to the commanders about how the integration has helped relieve some of the garrison responsibilities like logistics, food services, medical services, transportation and administrative jobs so you can move soldiers without disabilities to the frontline. I saw how the IDF trains young people with autism to read satellite imagery and see things you and I can’t see.” 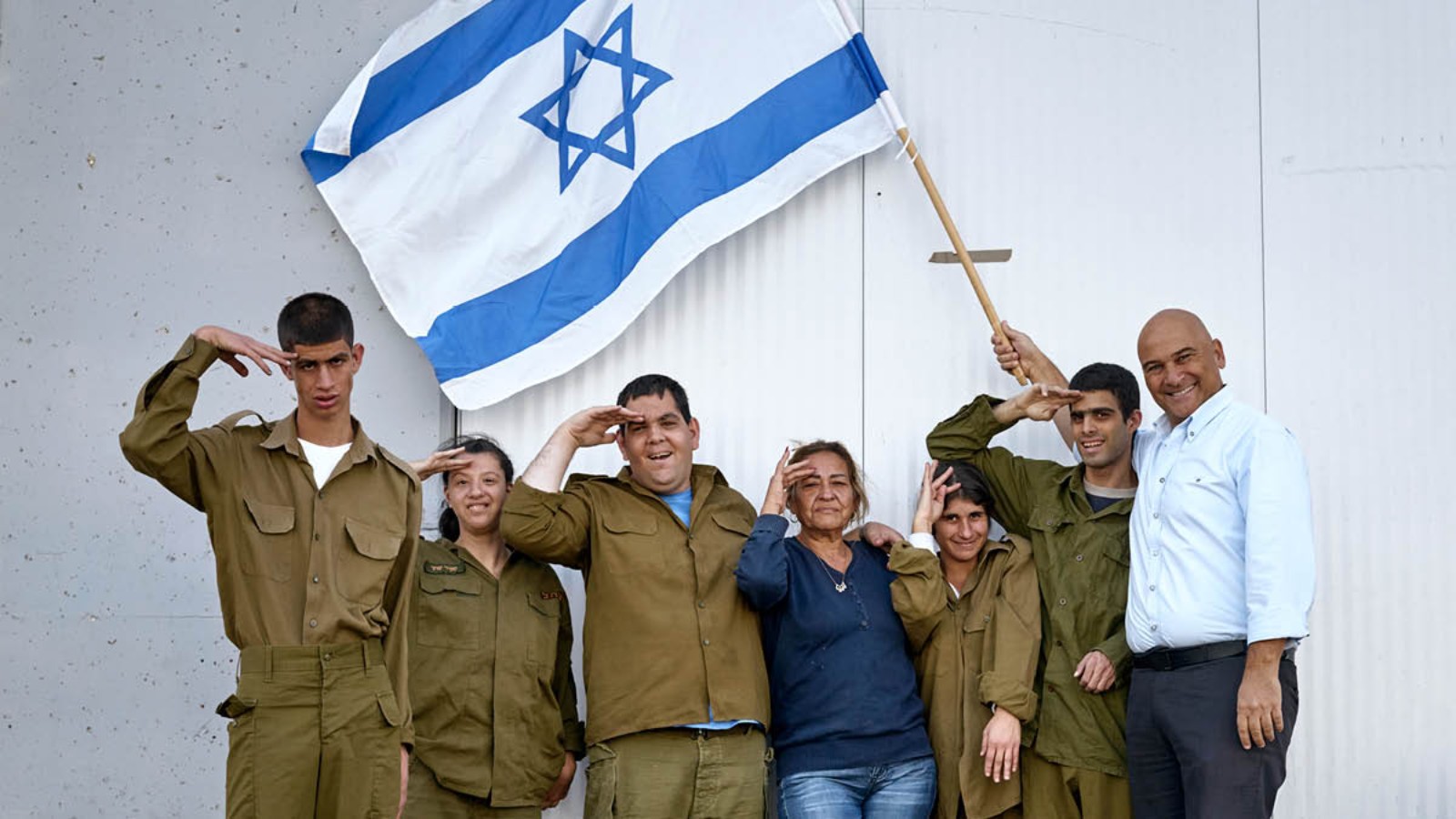 Neeley forged a close friendship with Attia and left Israel determined to launch a sister program back home, called Corps of Honor.

“That was the name of a unit George Washington created for people with disabilities during the Revolutionary War. The Corps of Honor was last active in the Civil War,” he explains. “We’re launching it again in the United States based on the model of Special in Uniform in Israel.”

The Corps of Honor will begin at the South Carolina Army National Guard.

While Special in Uniform soldiers serve for a limited time like other Israeli soldiers, the National Guard is a part-time auxiliary supporting anything from traffic control to emergency evacuation. Therefore, Corps of Honor participants can serve indefinitely, while leveraging their new skills in the civilian workforce.

“No one wants to give internships [to people with disabilities], nor do they want to hire them without internship experience,” notes Kahana, the father of a child with autism.

“This could be the solution: An internship where they really can feel they are contributing to society and that will make it easier for them to get a real job. So we will help Corps of Honor in any way we can.” 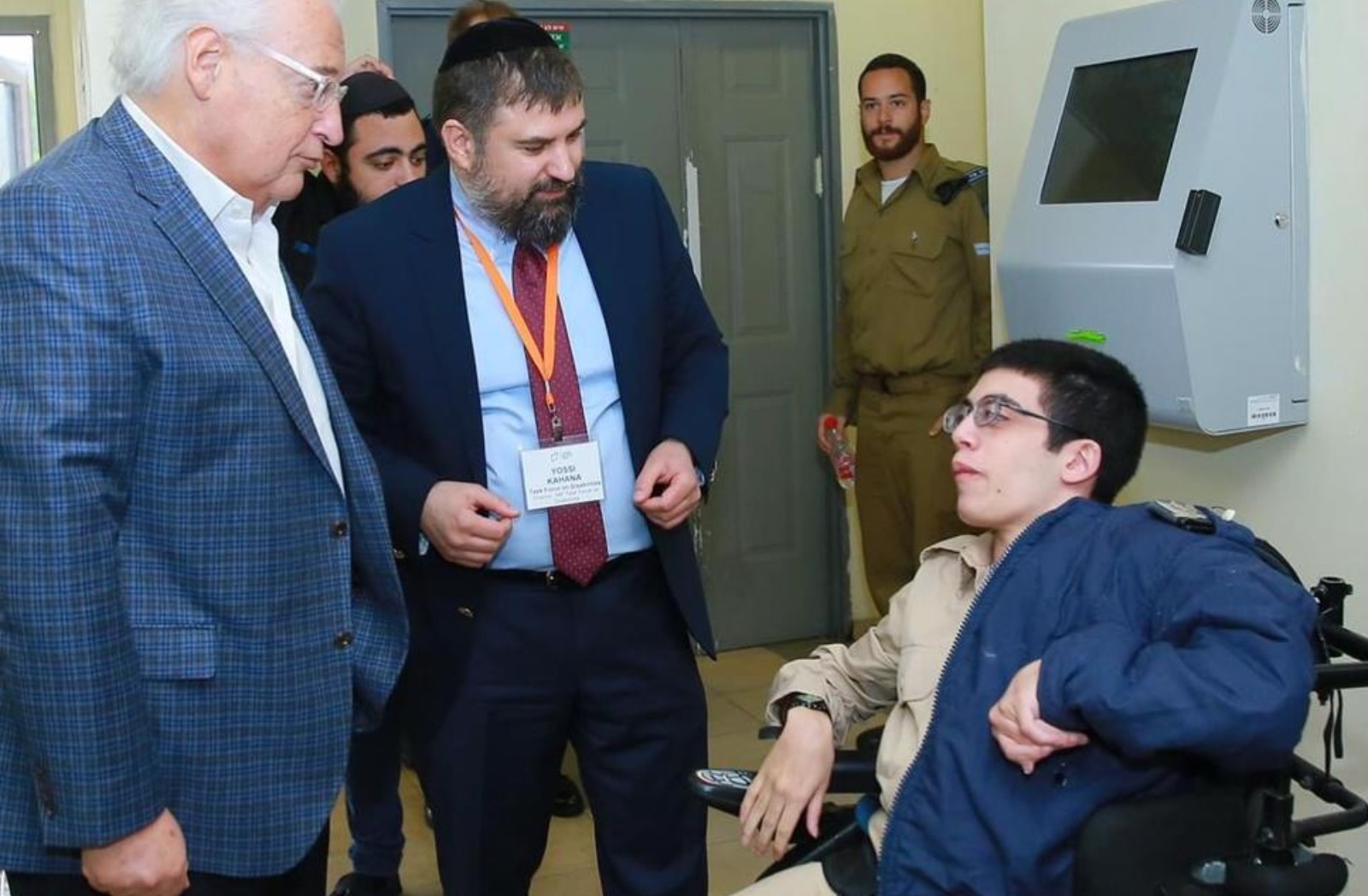 From left, US Ambassador David Friedman and Yossi Kahana, leader of JNF-USA’s task force on disabilities, with a Special in Uniform soldier in Israel. Photo courtesy of JNF-USA

“It’s not a JNF project but we’re providing guidance and cobranding,” says Wolk, chairman of the Special in Uniform taskforce and a board member of JNF-USA’s Task Force on Disabilities.

He notes that another version of the Israeli program was started in Virginia among first responders.

“It doesn’t matter if it’s police or national guard or first responders. It only matters that you enable these young people to be included and for the community to see these people can do more than bag groceries at Kroger,” Wolk tells ISRAEL21c. “It’s a thumbnail of a much bigger issue about inclusion.” 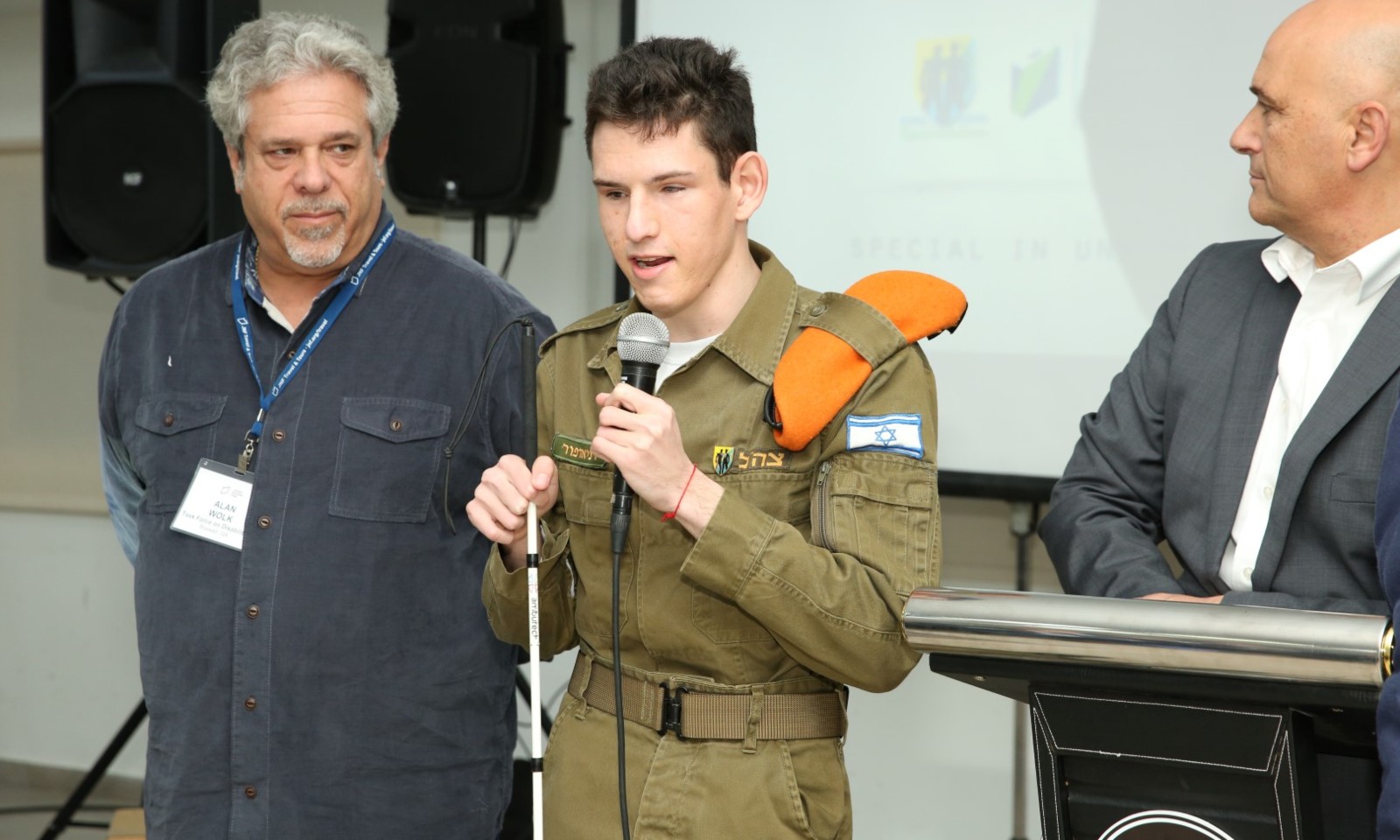 “I saw the program at an Eilat naval base in 2015 and fell in love with it,” says Wolk.

“The program focuses on the unique talents of each individual to find a job within the IDF that is perfect for that person’s abilities and provides support, therapy and counseling throughout the participant’s time in the program.”

Today, JNF-USA contributes about $1.5 million a year, 60 percent of the Special in Uniform budget; the rest comes from the Israeli government and corporate and private donors.

The newest Special in Uniform unit has volunteers from Israel’s Druze sector serving in the logistics department of a Galilee military base. The first to join this unit was Tarc Tuba, 24, a Druze man with Down syndrome. 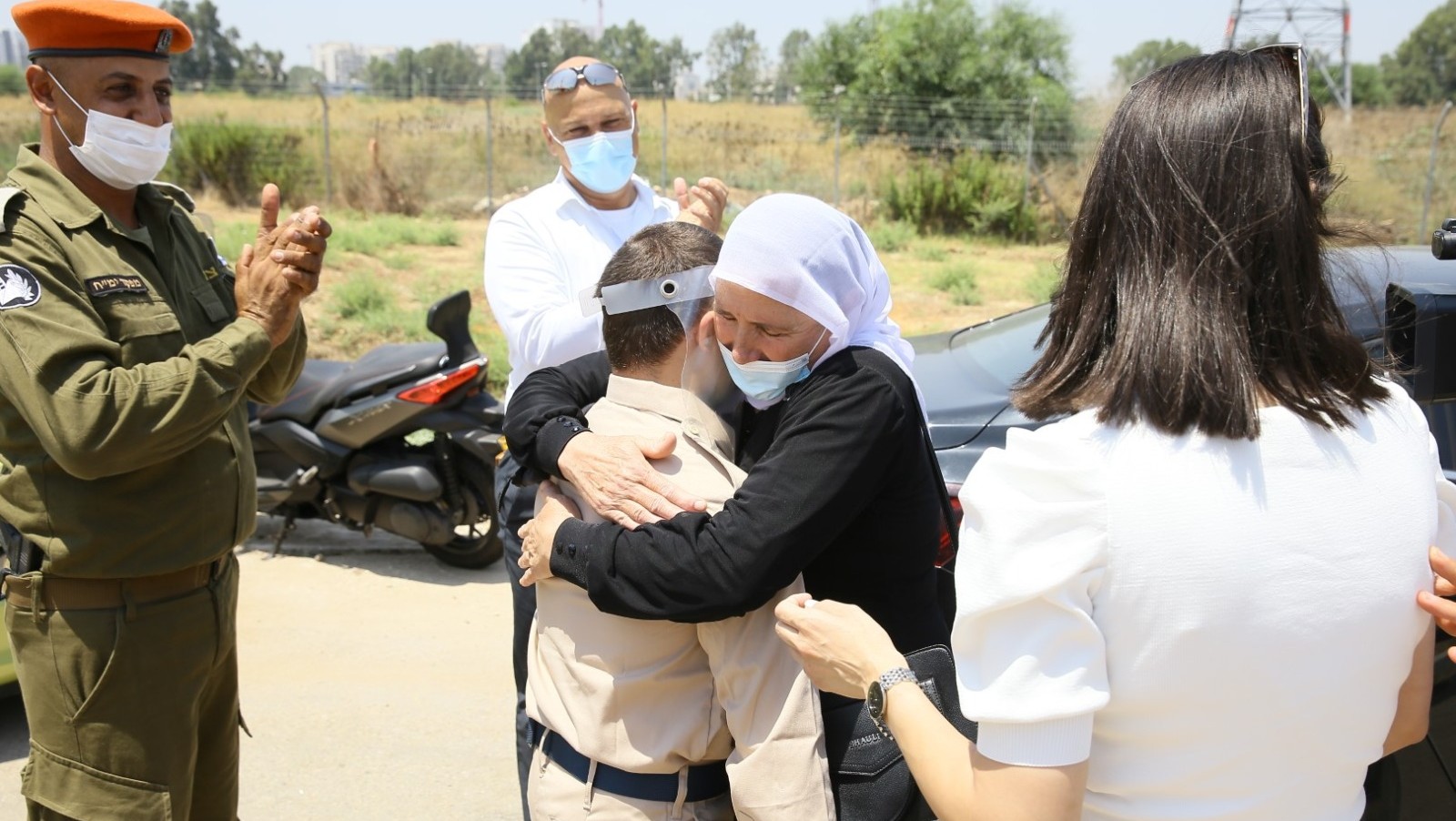 Tarc Tuba, a Druze Special in Uniform soldier, receiving a hug from his mother after his induction. Photo courtesy of JNF-USA

“About 1,000 Israelis with intellectual and physical disabilities have been through Special in Uniform as real soldiers getting a salary and benefits. It’s revolutionary,” says Wolk.

“These kids watch their siblings go off to the IDF at age 18 and they feel excluded. Special in Uniform turns that around to a message of inclusion and they are filled with pride to serve in uniform.”

Neeley is eager to see the same look of pride on the faces of Corps of Honor participants and their parents.

He hopes the South Carolina unit of Corps of Honor, a 501(c) nonprofit organization, will begin in early 2021.

“My goal was to have it up and running in the summer, and then Covid hit and pushed out the timeline. Many people with disabilities have medical conditions that make them vulnerable to Covid, so we can’t start until it’s safe to do so.”

Once recruitment begins, Neeley says, “I think we’ll be overwhelmed with the response because people with disabilities want to serve their country. And I can’t think of a more special way for them to be involved in our society.”