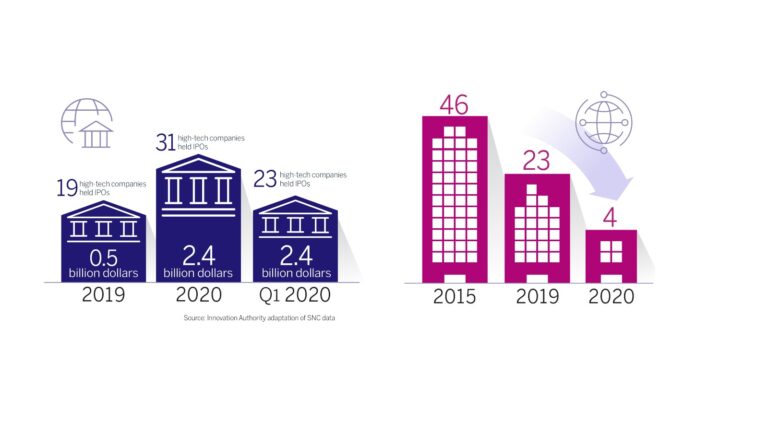 A record number of Israeli startups are becoming billion-dollar unicorns or going public on the stock market.

That’s one of many positive findings in the 2021 Innovation Report released by the Israel Innovation Authority (IIA) on June 16.

Israeli high-tech entered the 2020 pandemic year in a strong position: “It withstood the shockwaves of the crisis — and in many ways, flourished more than ever.”

High-tech employees have made a significant contribution to rehabilitating an economy recovering from the economic, social, and health crises of 2020, generating new sources of income to reduce the budget deficit, the report notes.

The IIA found that the total amount of capital raised by Israeli startups quadrupled within a decade to as much as $11.5 billion in 2020, while the number of investments exceeding $100 million has increased almost sevenfold in the last five years. In the first quarter of 2021 alone, there were 20 investments of over $100 million.

“The value of high-tech exports is growing steadily, reaching almost $50 billion in 2020 – more than 40% of total exports,” the report states. 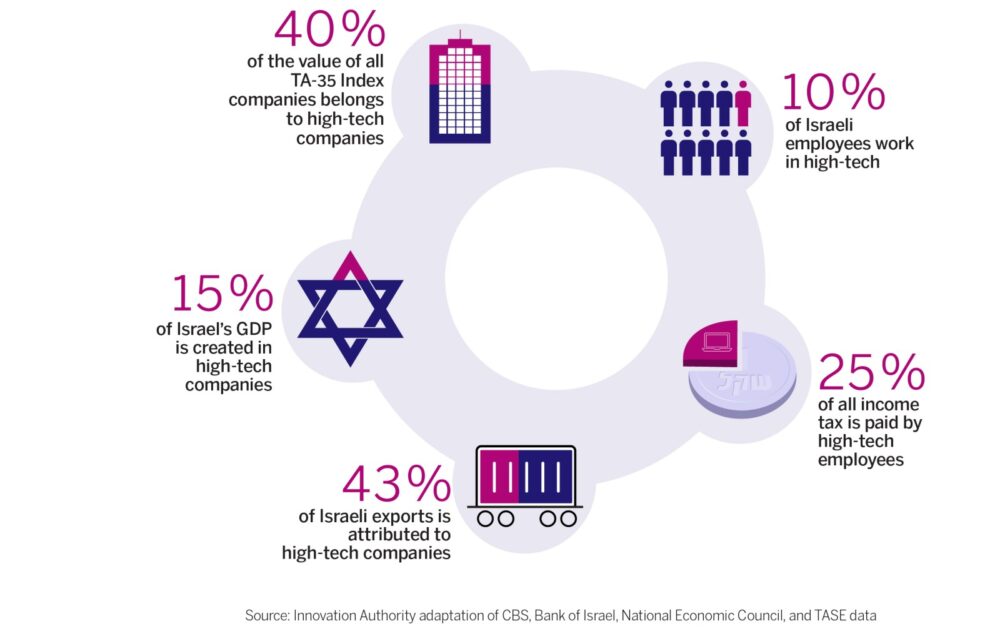 On the flip side, the number of new startups per year fell from 1,404 in 2014 to approximately 520 in 2020, and fewer multinational development centers are being established in Israel (compare 46 in 2016 to four in 2020) although the workforce at these multinational centers has expanded at the same high rate as the rest of this sector. 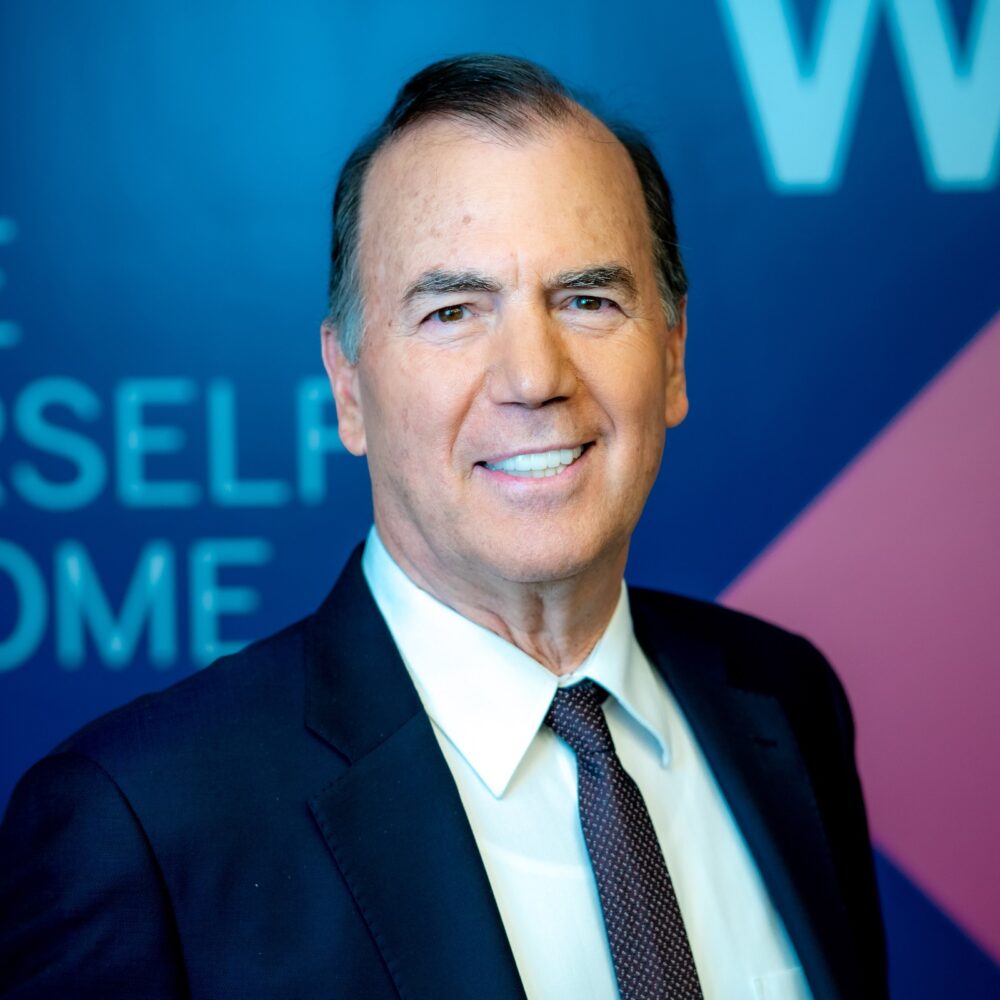 And although overall investment is higher than ever, seed-level investment is diminishing as is the share of government funding for the IIA to support civilian research and development.

These trends all point to the maturing of Israel’s high-tech sector, with more established companies and fewer buyouts. Even the average age of high-tech employees has risen, standing at 40.1 compared with the average 39.6 working age in the rest of the economy.

However, the report reflected concern that high-tech employees, comprising 10% of the Israeli workforce, are responsible for a quarter of the income tax paid by employees in Israel. 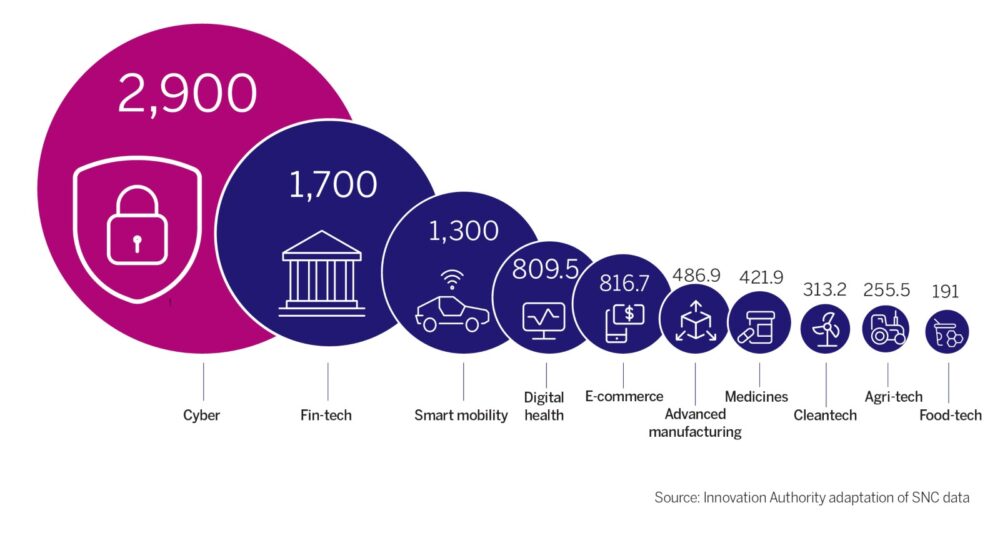 This infographic from the Israel Innovation Authority shows the distribution of high-tech companies in different sectors.

Additionally, some 13,000 job vacancies in the sector point to an ongoing shortage of experienced employees, according to the recent Human Capital Report published by the IIA and Start-Up Nation Central. At the same time, the number of entry-level applicants is increasing beyond market needs.

“The recent global economic and health crises highlighted, above all, the challenges the high-tech sector is facing, as well as the unparalleled and unprecedented importance of the sector’s contribution to Israel’s economy,” said IIA Chairman Ami Applebaum.

“Most of all, we have further realized the need to maintain the global level of success of Israeli high-tech in order to guarantee the country’s overall economic growth.”