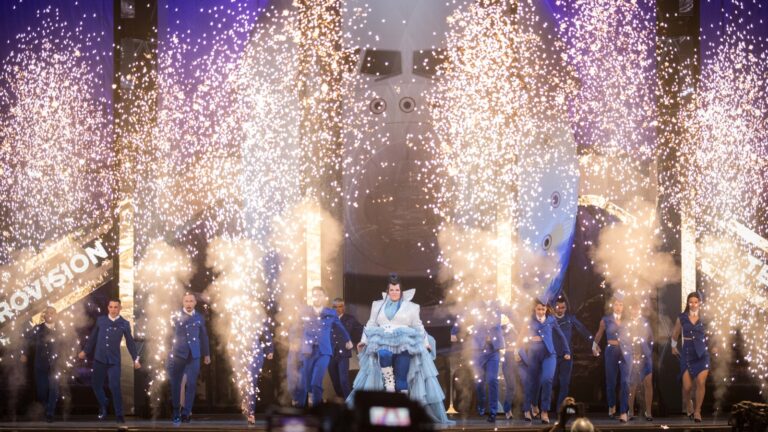 Netta Barzilai rehearsing for the Grand Finals of the 2019 Eurovision Song Contest in Tel Aviv on May 17, 2019. Photo by Hadas Parush/Flash90

Israel had won the privilege of hosting the 2019 Eurovision contest by virtue of Netta Barzilai winning the 2018 contest held in Lisbon.

An estimated 182 million people watched the three-day production last May, produced by Israeli public broadcasting company Kan. It was broadcast live from Tel Aviv to the 41 participating countries and across the rest of the world via YouTube.

The European Broadcasting Union, operator of the contest, asked social-media followers to vote for their favorite Eurovision show of the 2010s based on four categories: stage, songs, voting sequence and overall production value.

The result helps take the sting out of the fact that Israel’s contestant, Kobi Marimi, placed a disappointing 23rd in the 2019 contest. The winner was Duncan Laurence of The Netherlands. Accordingly, the 65th contest will take place next May in Rotterdam.

Congratulations also to #ESC2018???????? who made it all the way to the final round!???? #Eurovision pic.twitter.com/IfhiXRcvvk