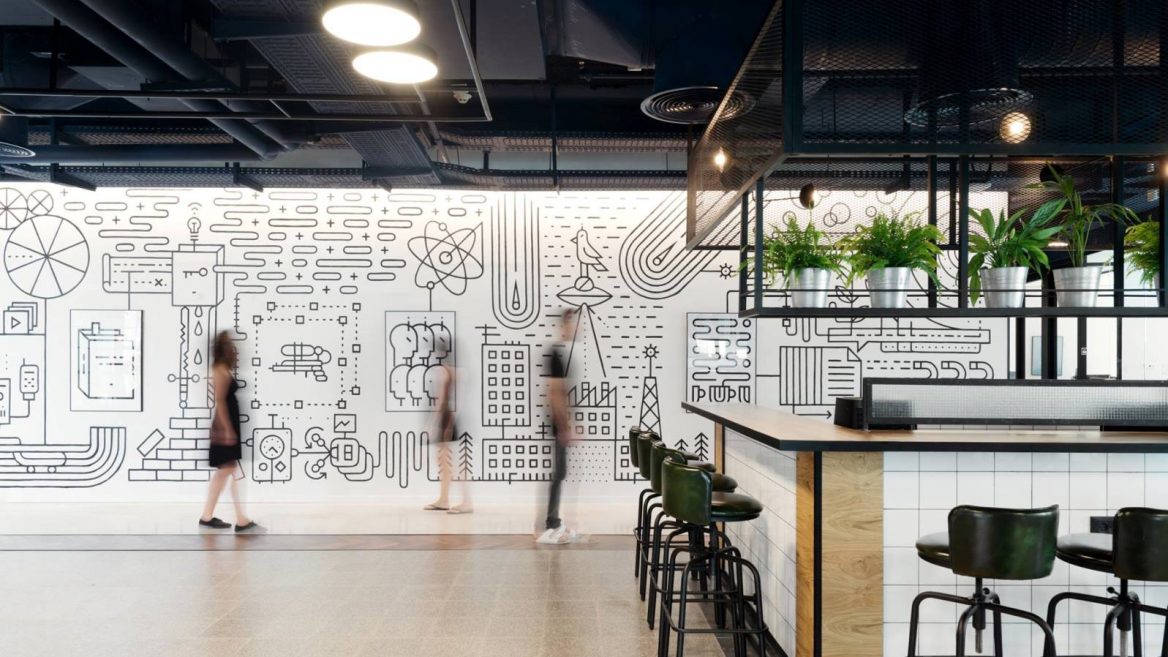 Inside the ironSource offices in Sarona Tower. Photo by Gideon Levine

In September 2015, ISRAEL21c introduced you to seven fabulous Israeli office spaces – proving that Israel isn’t just a leader in tech innovation but also in design.

It’s high time for an update, as many spectacular new offices have opened since then. 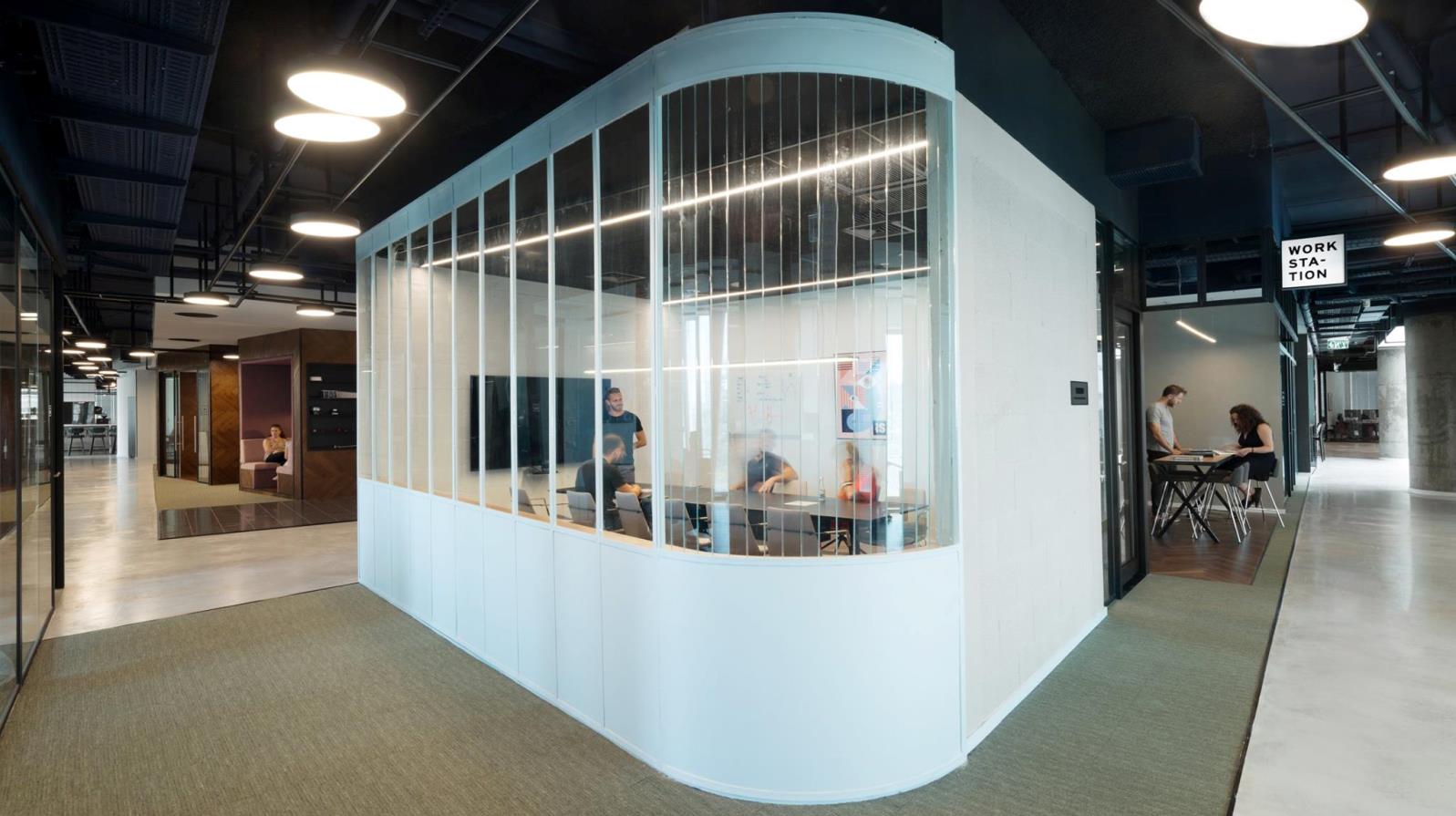 Inside the ironSource offices in Sarona Tower. Photo by Gideon Levine

Details include bar stools to foster social interaction alongside bar stands and small kitchens, more than 20 meeting rooms of different sizes and character, 600 work stations and sitting areas in various formats, informal working areas, a huge auditorium and a large balcony for group events. Woodwork and greenery are prominent elements. 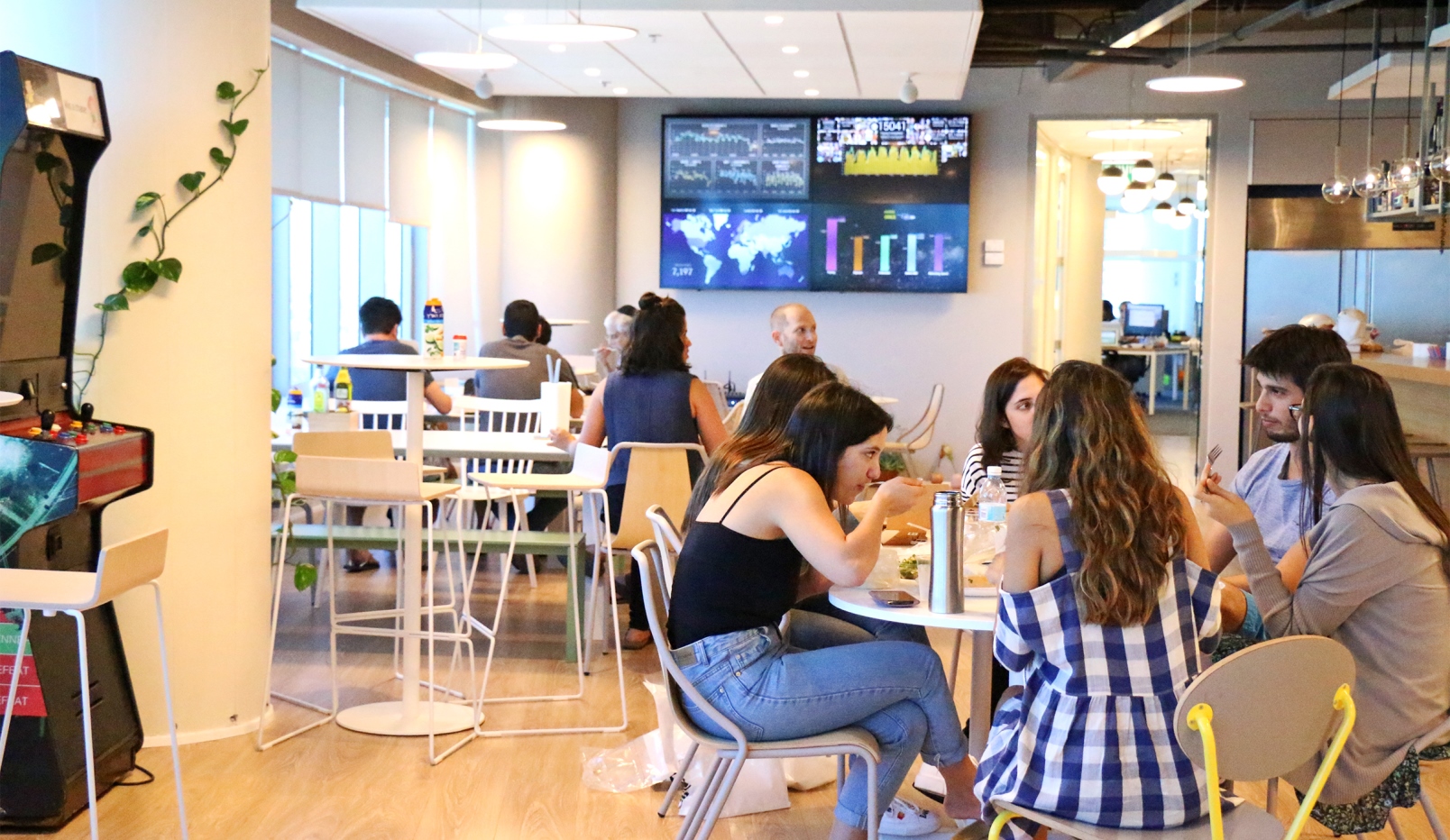 Wherever employees are in the monday.com, office, they can see a screen showing the company’s latest metrics. Photo: courtesy

Formerly Dapulse, monday.com, a hot startup whose platform for communication and team management is used by companies across the world, moved to a 1,260-square-meter office in Tel Aviv in July last year, and soon will add another floor and a half.

Architect Eli Ha-Cohen and designer Mali Danai designed a space that is approachable, trendy and comfortable, and fosters cooperation and collaboration among the 100 employees. The design is open – the CEO and CTO sit with everyone else – with small rooms for private meetings. Throughout the office, 52 large screens project monday.com’s metrics for all employees to see.

Four bomb shelters each have unique themes: a DIY studio complete with a 3D printer and wood router; a relaxation space with massage chairs; a video and photography studio; and a music studio. The office also has a gym with showers.

No wonder monday.com was recently on Secret Tel Aviv’s 2018 list of best Israeli companies to work for. 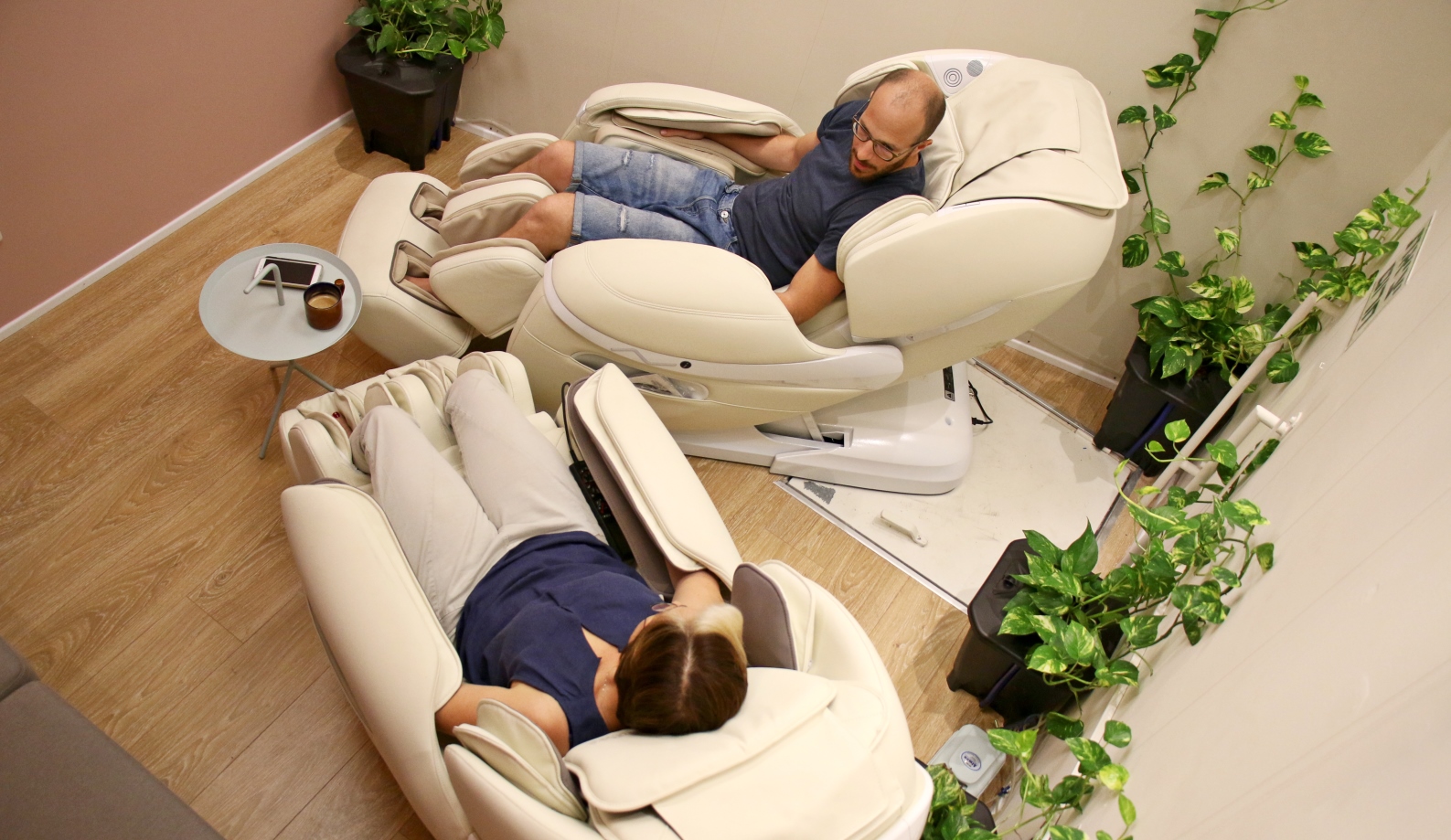 Getting a massage in the Tel Aviv office of monday.com. Photo: courtesy 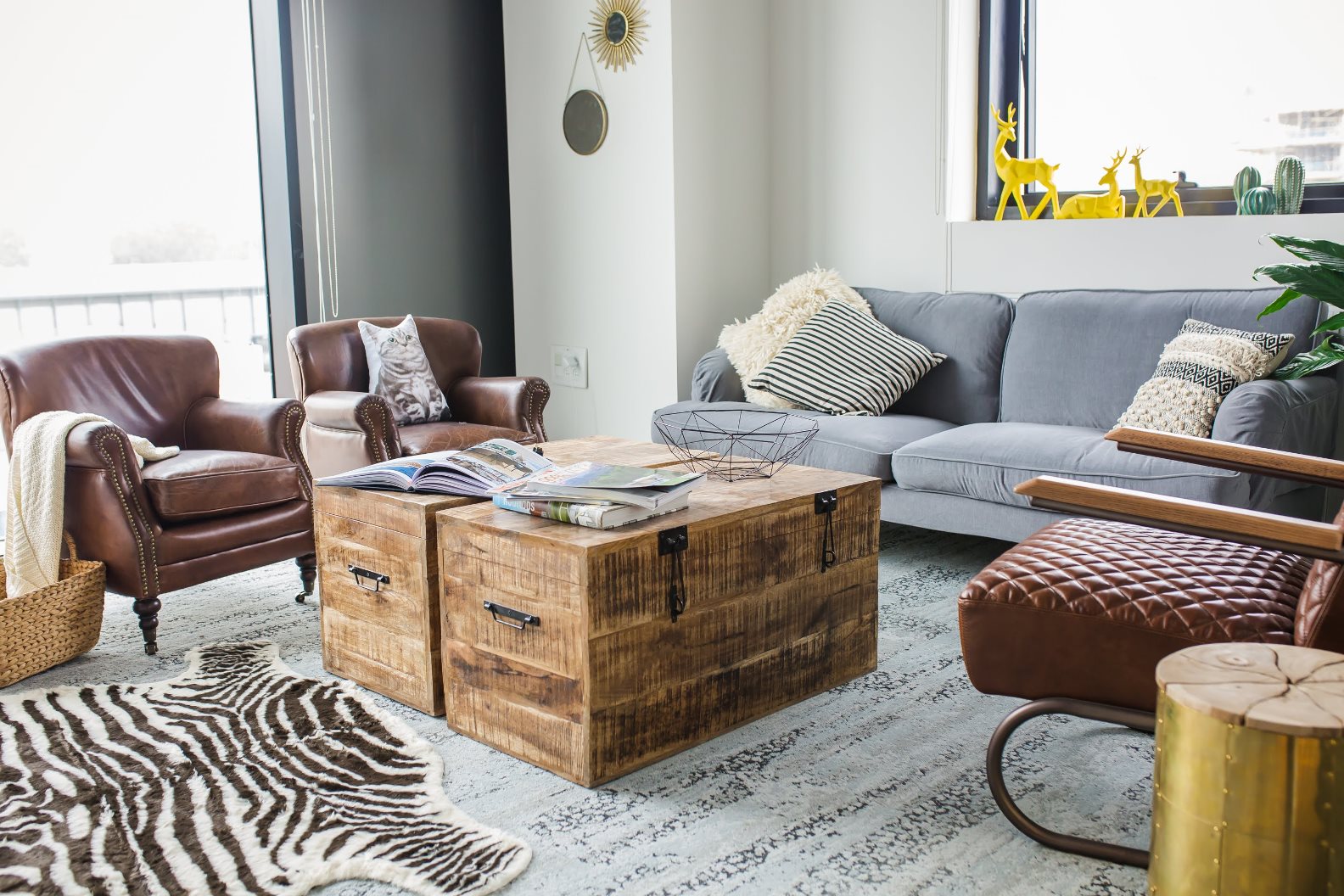 Fyber, which last year purchased Israeli startup Inneractive for $86 million, recently opened the largest of its global offices in Petah Tikva as it expands development of mobile video advertising technologies.

Spread across 2,500 square meters on four floors of the new Intergreen 2 building designed by MPArchitecture of Tel Aviv, the interior was done by Studio Samuelov in Jaffa and contains elements of home, family, nature and tranquility, including a 5-meter living tree, the largest of its kind in an Israeli office building. 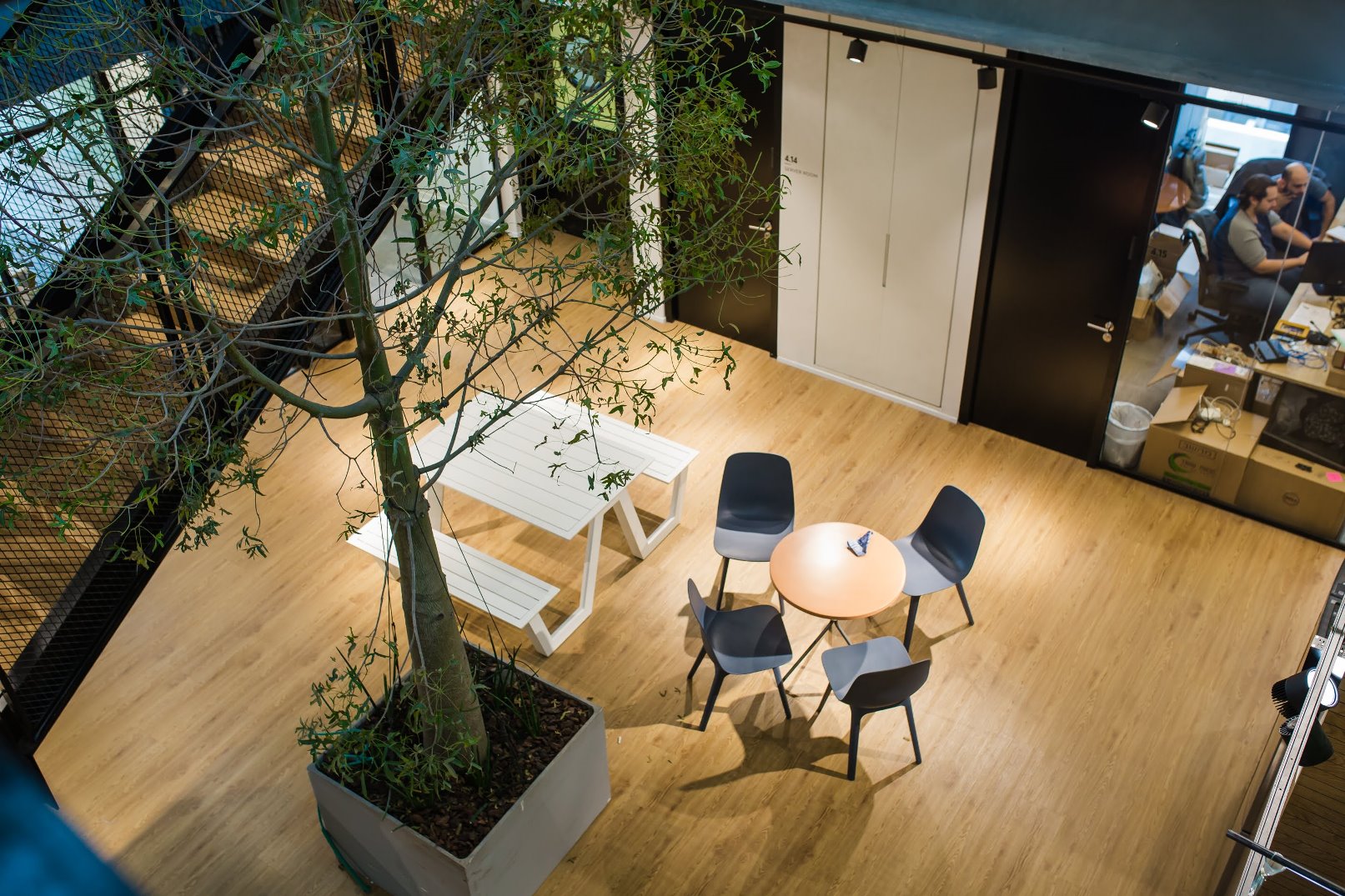 Fyber’s Petah Tikva office has a living tree as part of the décor. Photo by Iris Polishuk Cybereason makes a cybersecurity analytics platform that earned it a place on CB Insights’ 2018 AI 100 list of the world’s most promising private artificial intelligence (AI) companies. 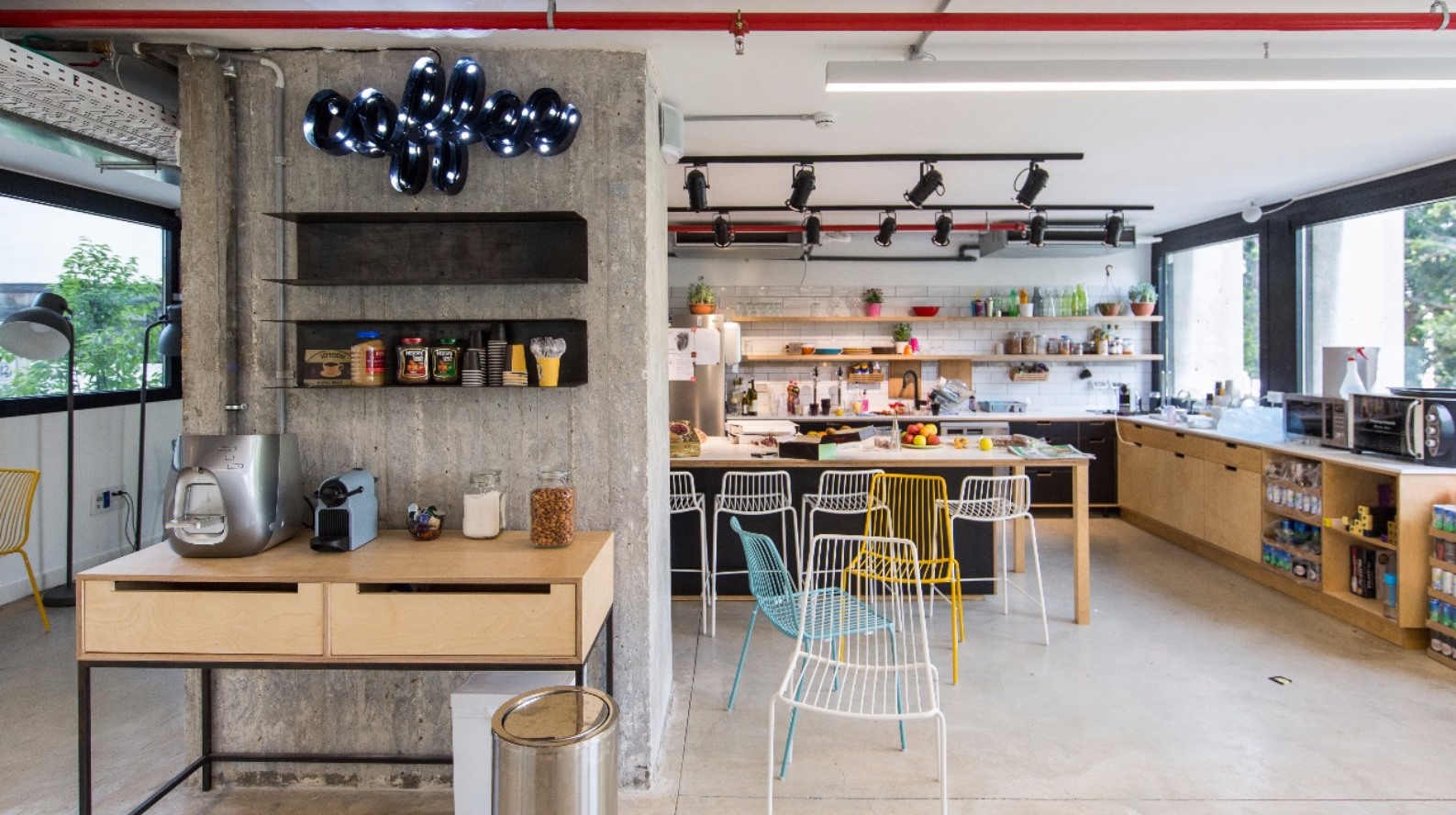 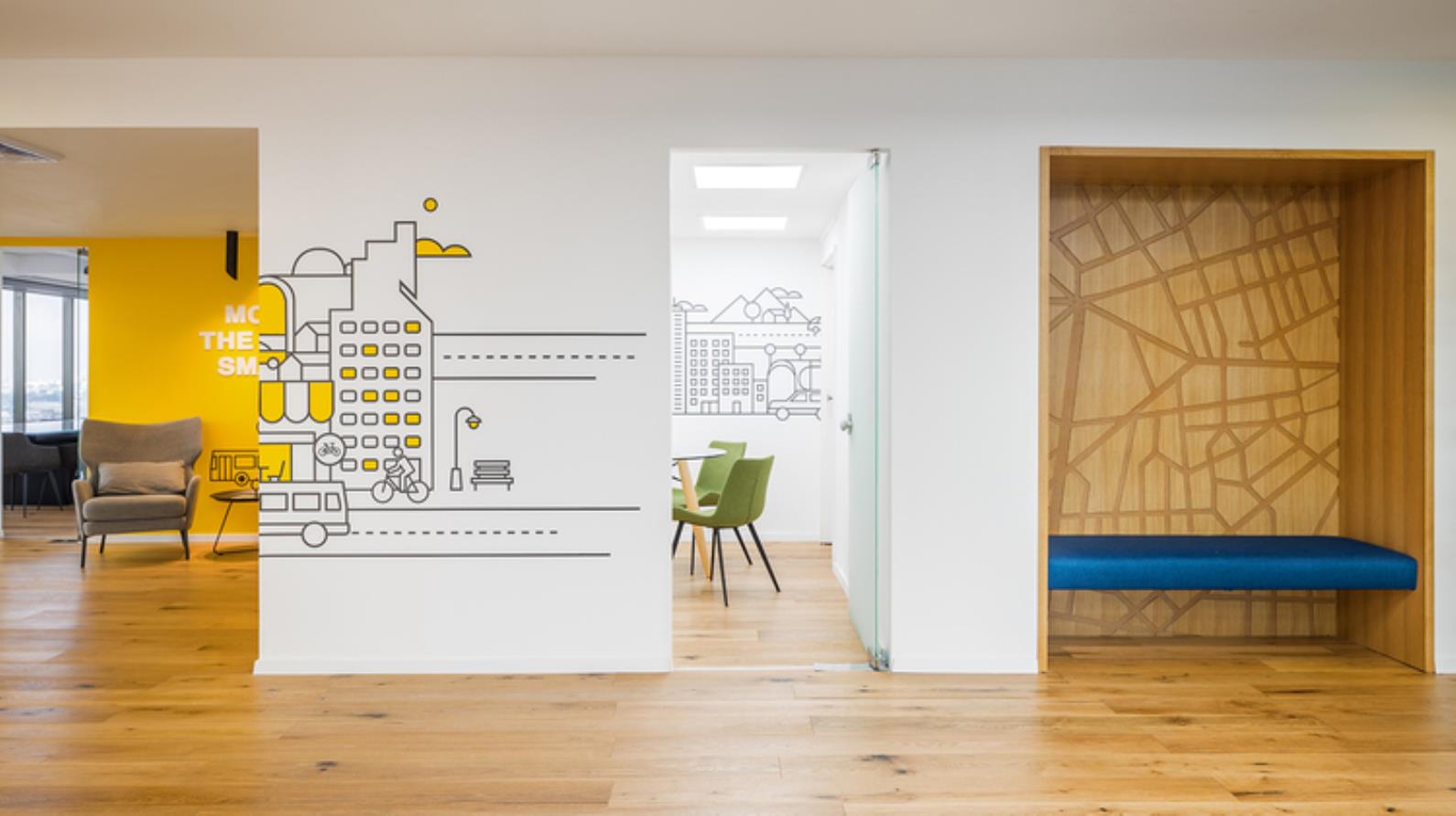 Elements from Optibus software were translated into a graphic language evoking bus routes. The entrance’s glass wall shows the user interface, sitting spaces are set up like bus stations, and the graphics of a municipal bus map are engraved on the glass-paneled conference room table. All the furniture was custom-designed. 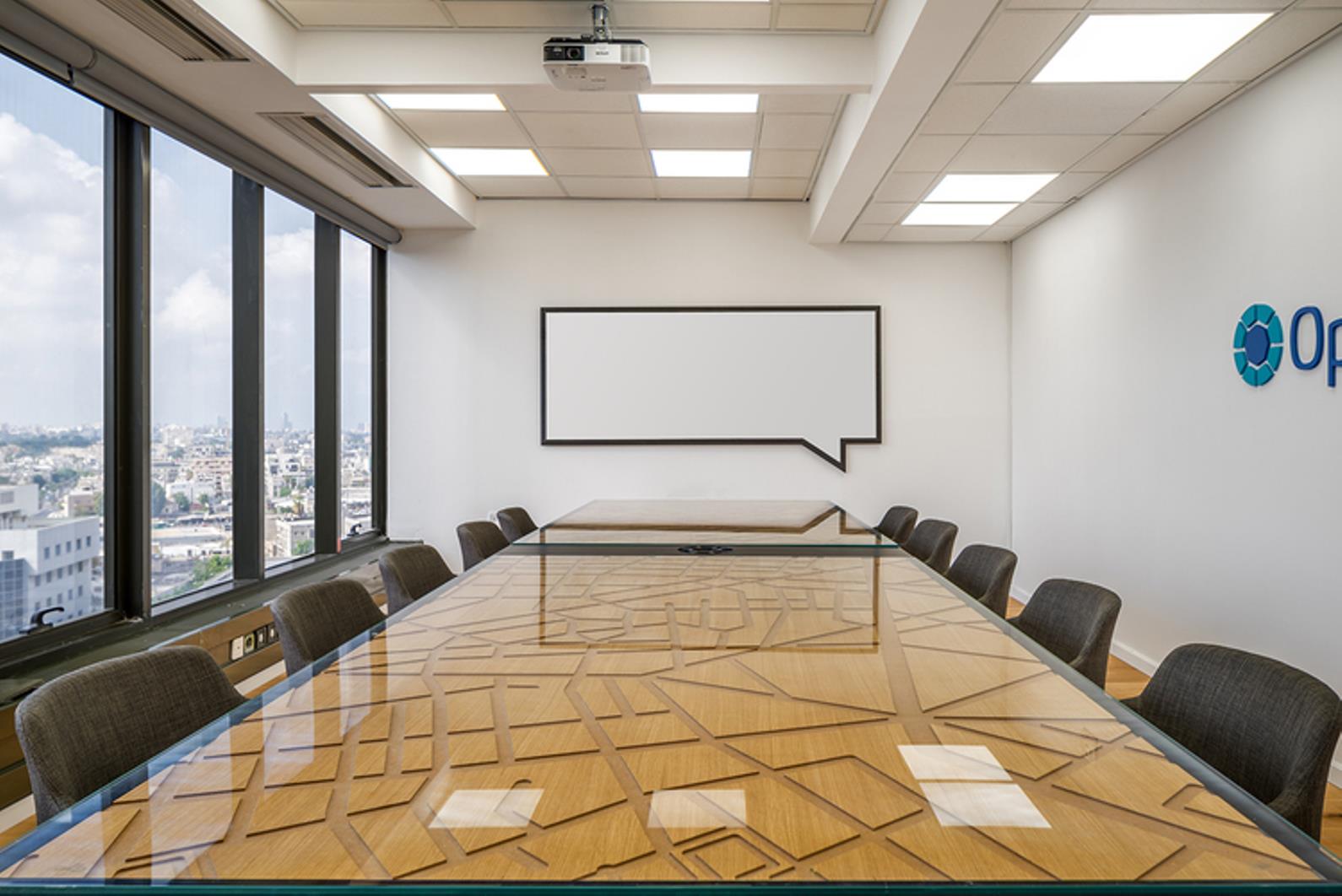 The conference table in Optibus’ Tel Aviv office is engraved with a municipal transportation map. Photo courtesy of Peled Studio 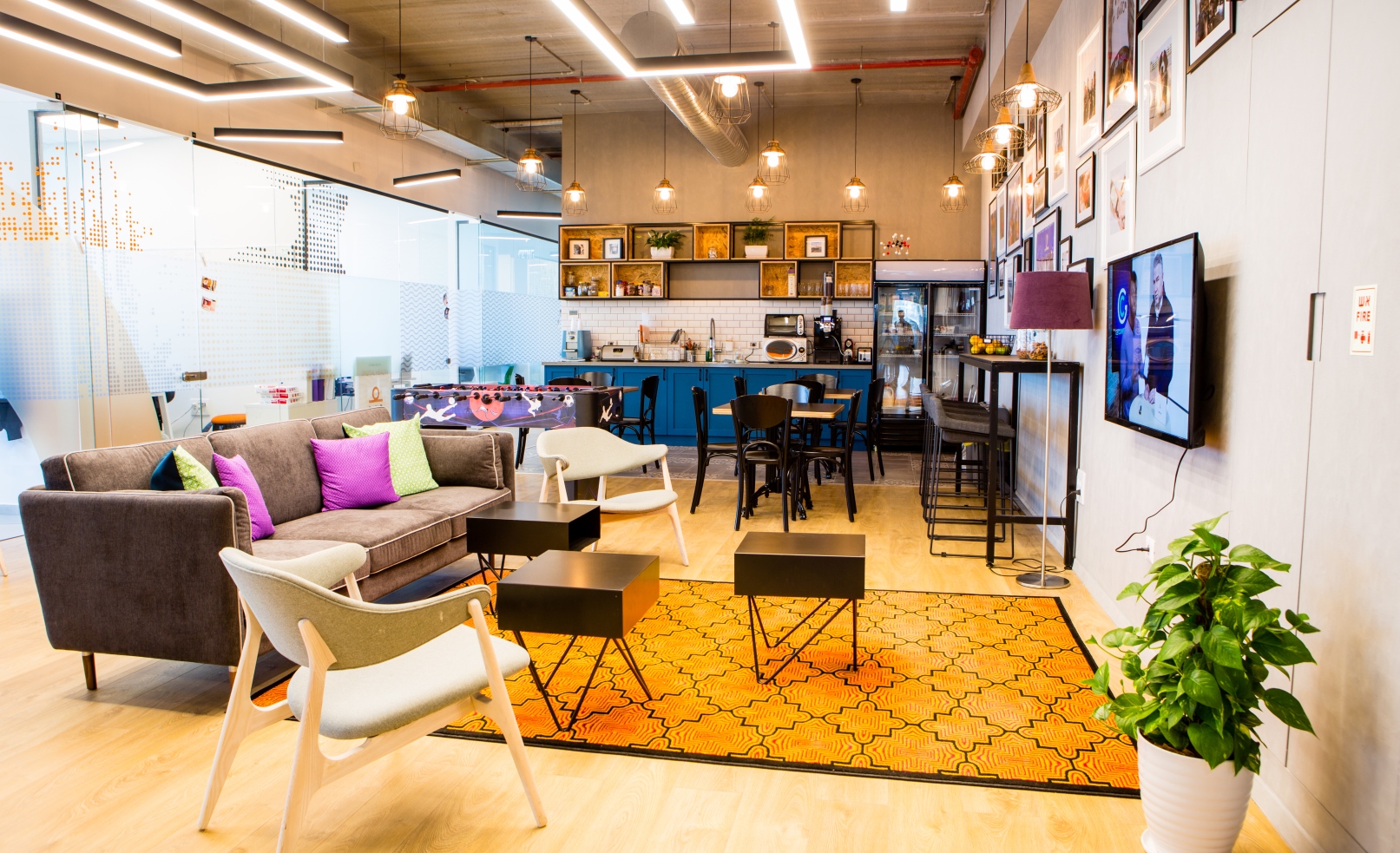 The 650-square-meter Caesarea offices of DarioHealth were designed by CityBee Architects with interior design by Inbal Gross and wall stickers by Studio Luka.

“Our new offices were designed to let in a lot of light and creativity, and all of our employees have spacious workstations giving them the freedom to reach their potential,” says Eti Visbrot, HR manager of DarioHealth.

“Rounding out our office space is a spacious central meeting place, numerous meeting rooms, and the Dario Fun Lounge—where employees are encouraged to hang out and relax.” 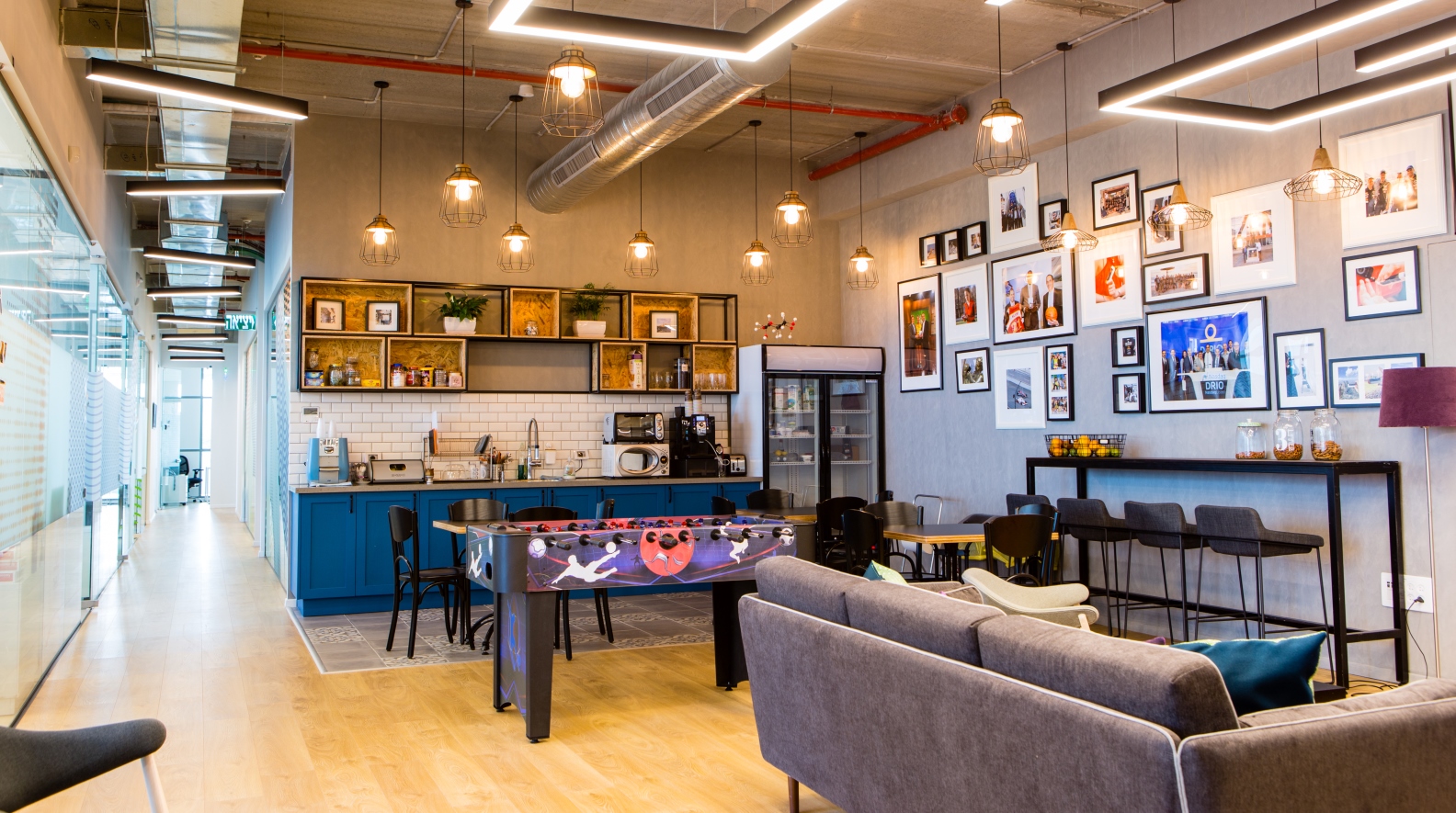 You can tell the folks at DarioHealth are having fun at work. Photo by Evan Lang 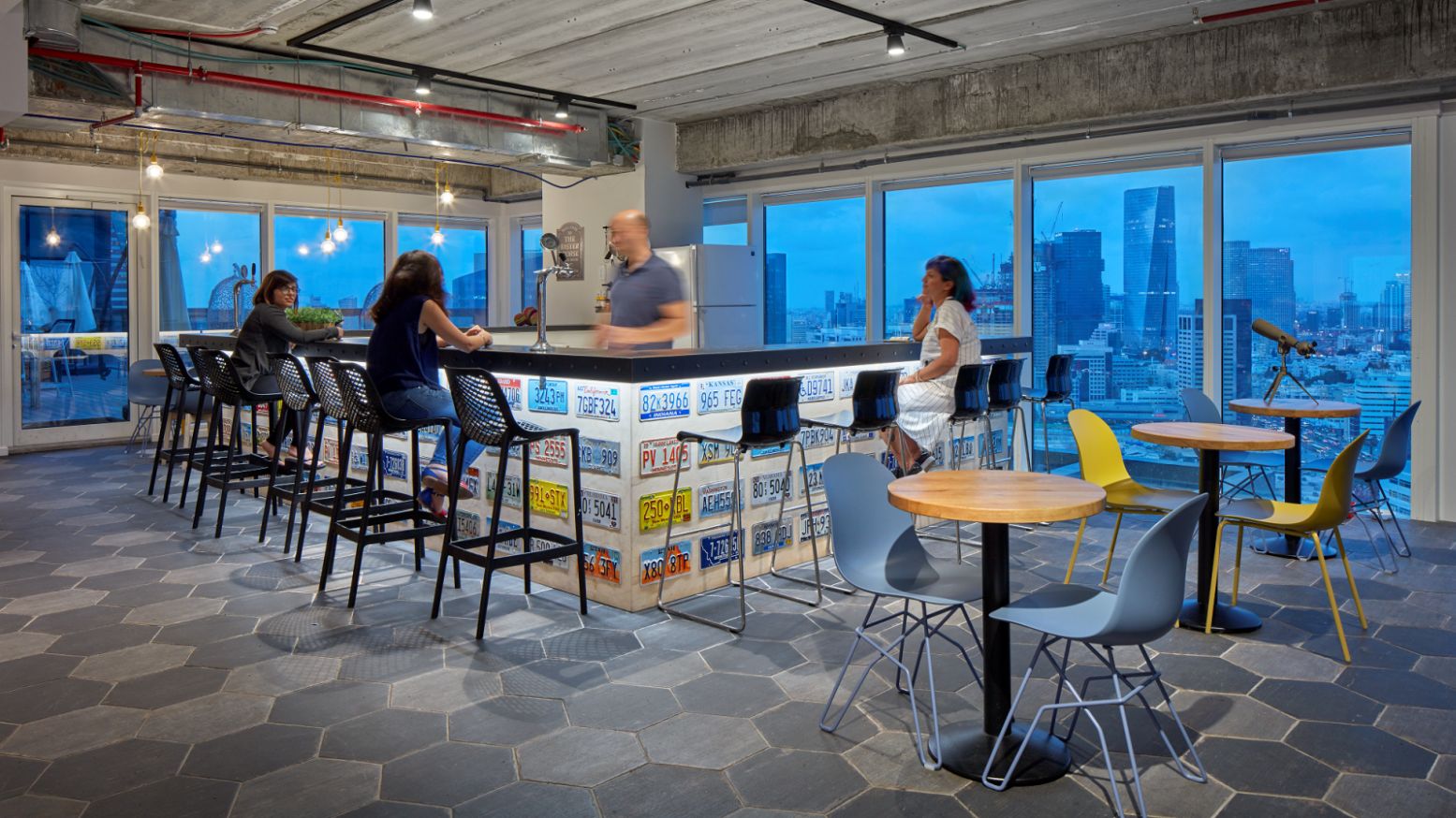 Designed by Echo Design, the Tel Aviv headquarters of Nexar is laid out like a busy street to reflect the business of Nexar, which has created the world’s first safe driving network using computer vision and sensors. The hallways look like roads and the walls are painted like asphalt paving.

With mixed public and private spaces, the office has a lounge with a library, amphitheater and living room filled with musical instruments. The shared spaces were tiled with rough hexagon tiles reminiscent of pavement, while the private workspaces have warm parquet floors.

Seating areas in different styles are scattered around the colorful office. There’s a “telephone booth” for private calls, two trees in the shared public space and London-style street signs and lights throughout. 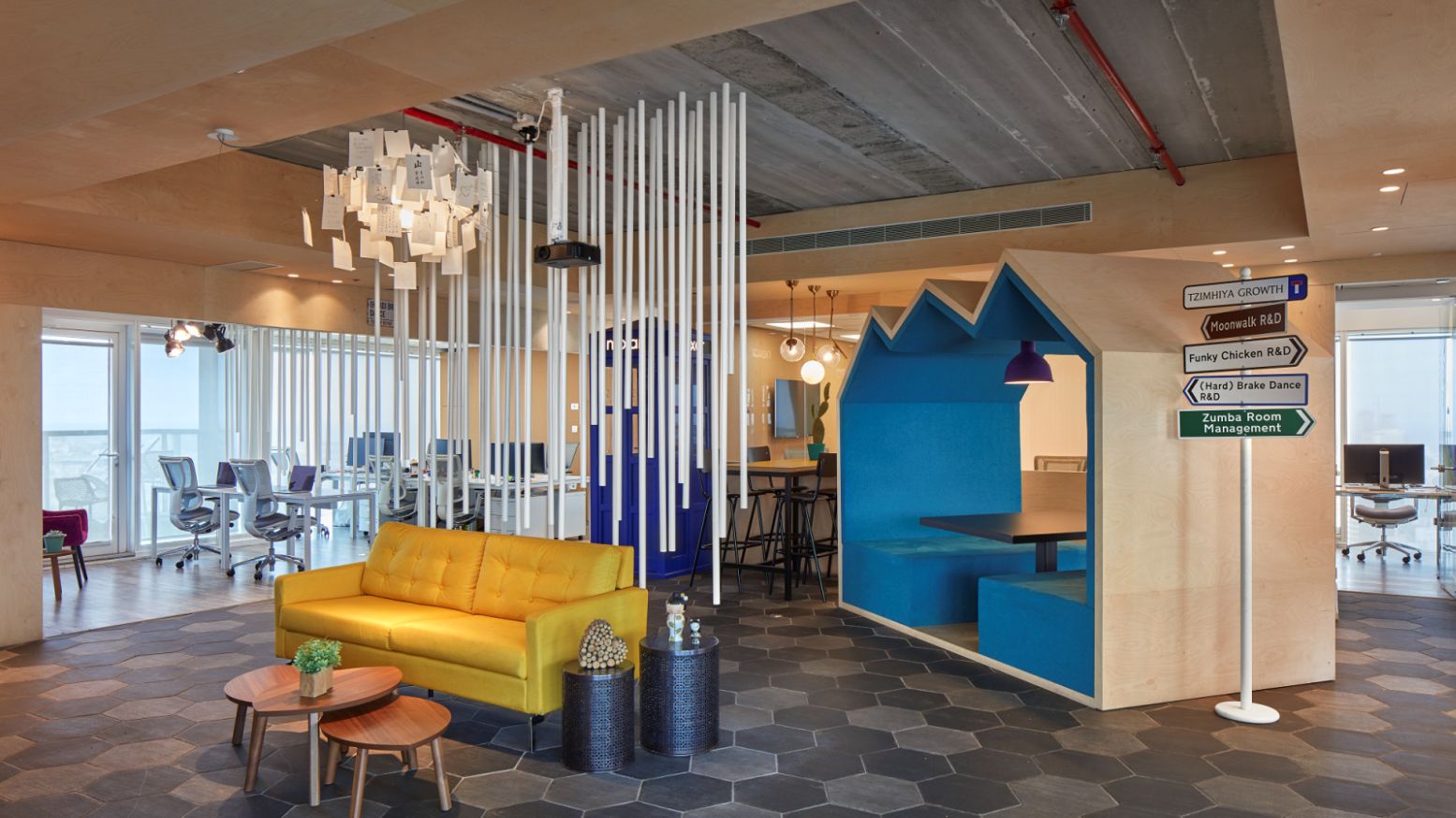 A telephone booth and funky sitting areas are among design highlights at Nexar. Photo by Shai Gil 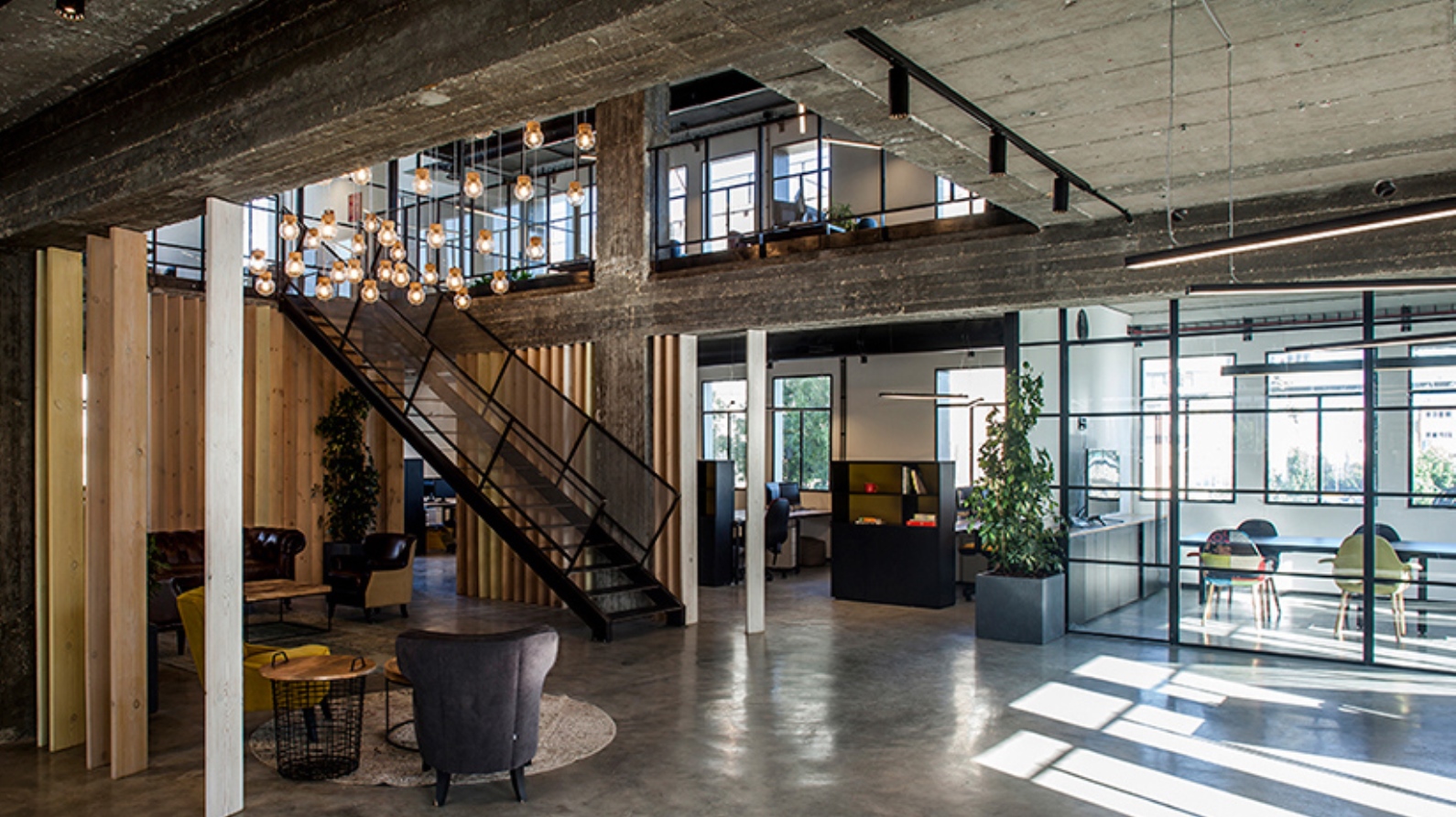 The central light fixture conveys a sense of warmth to HiBob employees. Photo by Rotem Lahav

HiBob, developer of an automated HR platform for connecting and engaging employees, had its Tel Aviv office meticulously designed by De Blox & Roy David. Lighting design by Haim Evgi, including a stunning central light fixture, conveys a sense of warmth, while potted plants bring nature into every room.

Brightly colored furniture brings balance between the open office space and the private meeting rooms upstairs. The common areas of the office encourage collaboration and communication, which the company defines as its core values. 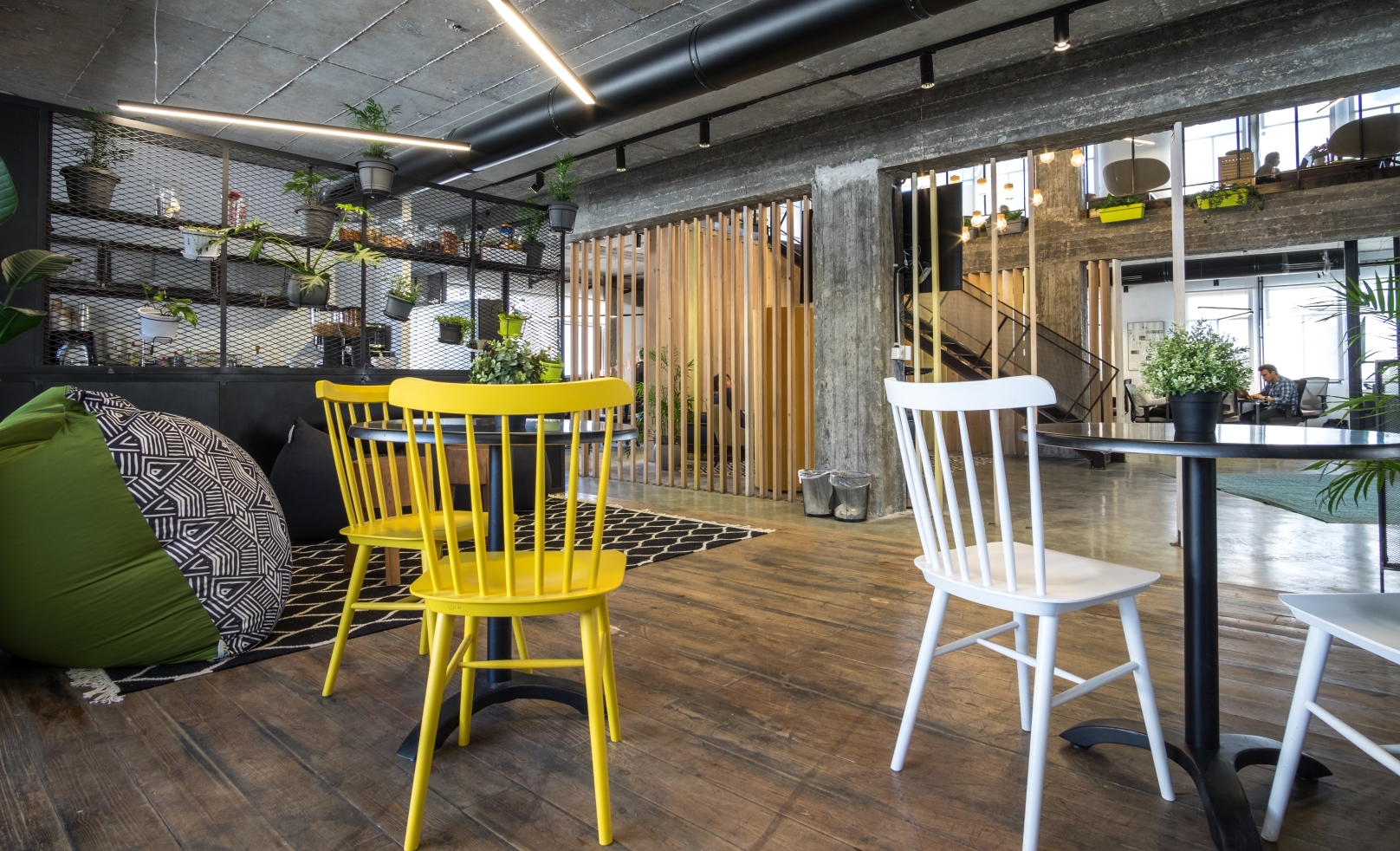 Colorful furniture and plants in the HiBob office. Photo by Rotem Lahav 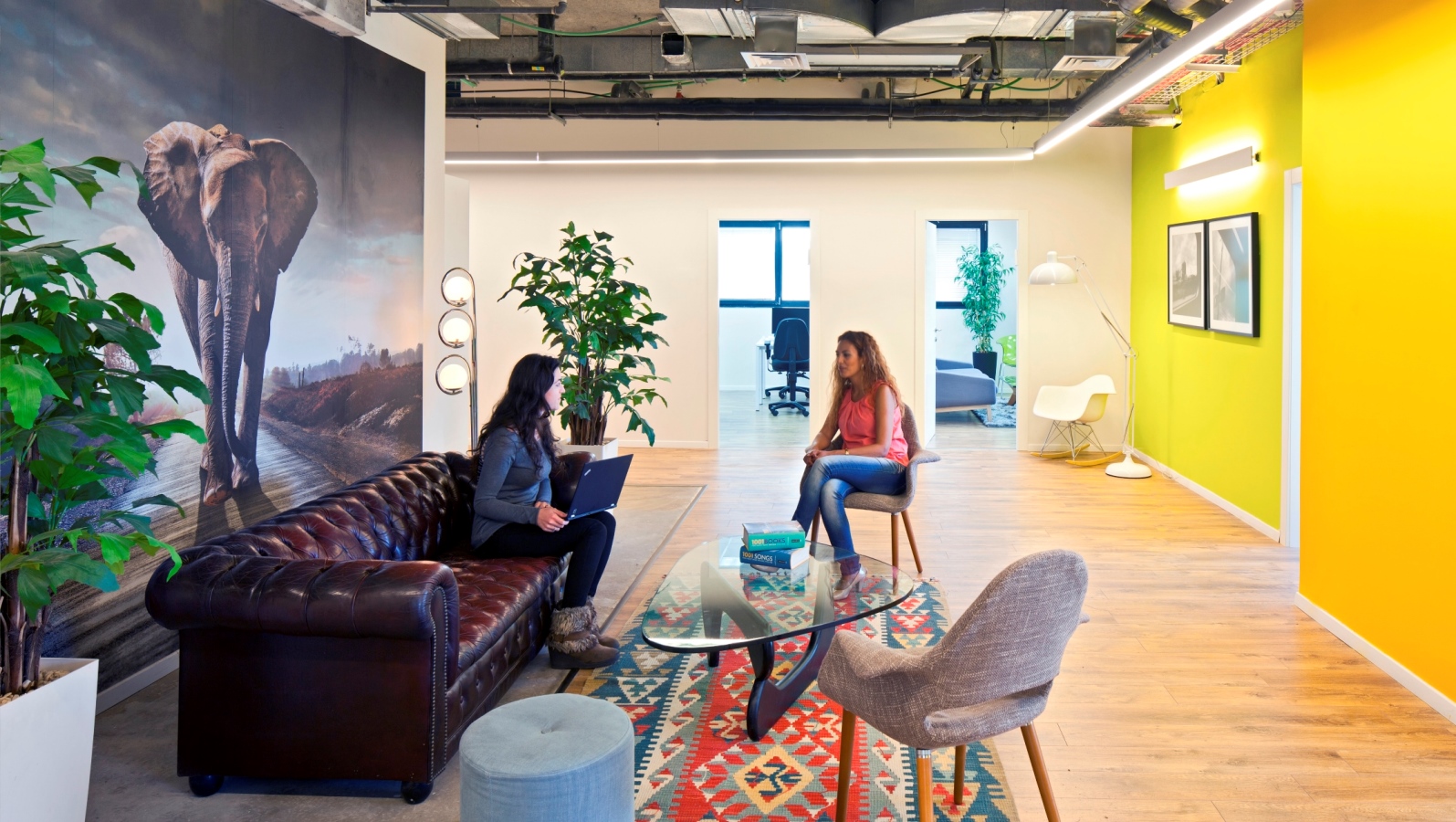 Oversize photos mounted on the walls of Webpals. Photo by Amit Giron

The interior design of performance marketing company Webpals Group’s Tel Aviv office was done by T&R Studio with the goal of maximizing the rented space while creating a friendly working atmosphere that encourages flexibility, socialization and collaboration.

This is how Webpalers roll every day! Apply for our open positions! An interview is a great reason to visit! ????http://bit.ly/WebpalsCareers

The designers chose to cover the walls with oversized photos, and brought in brightly colored furnishings and flea market items juxtaposed with modern office equipment. 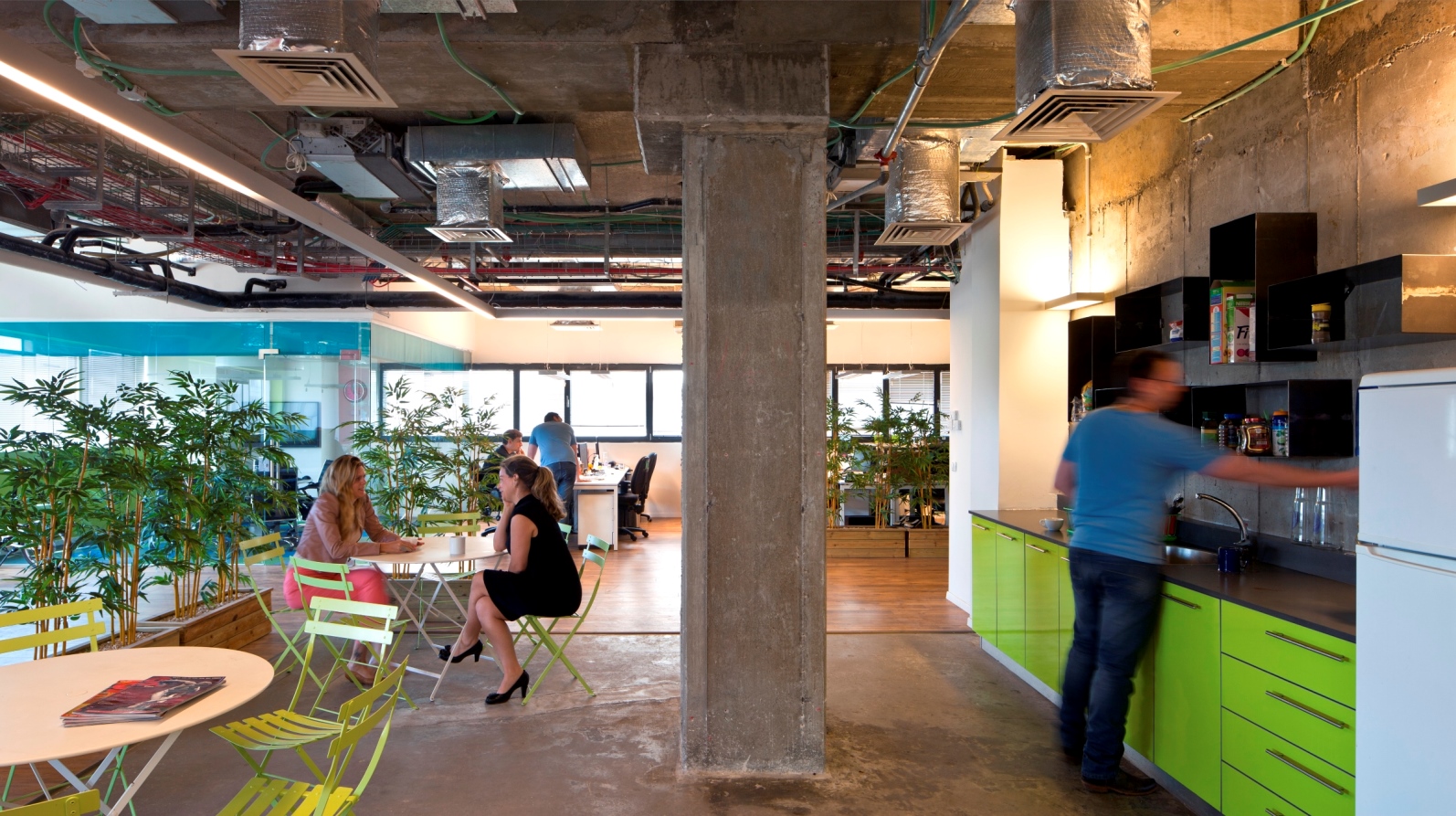 There’s an unfinished, fresh look to the Webpals kitchen and dining area. Photo by Amit Giron 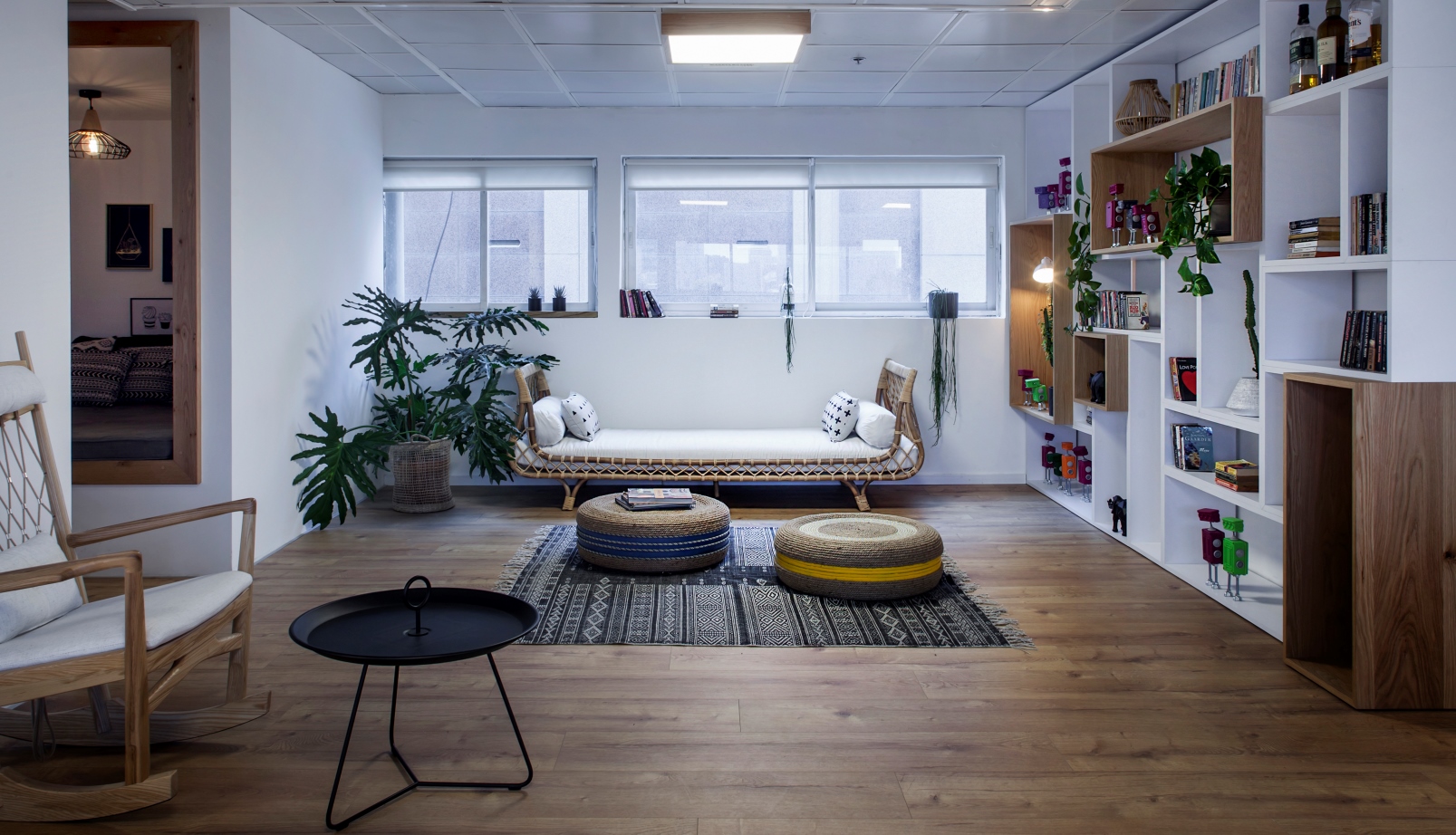 Gloat’s office has the feel of a living room. Photo by Yoav Gurin

Gloat’s Tel Aviv office features comfy reading corners and tranquil hammocks as well as classy meeting booths to create warmth and openness during discussions. The large open spaces, kitted out with relaxing chairs, plants and books, create a welcoming feeling throughout the space. 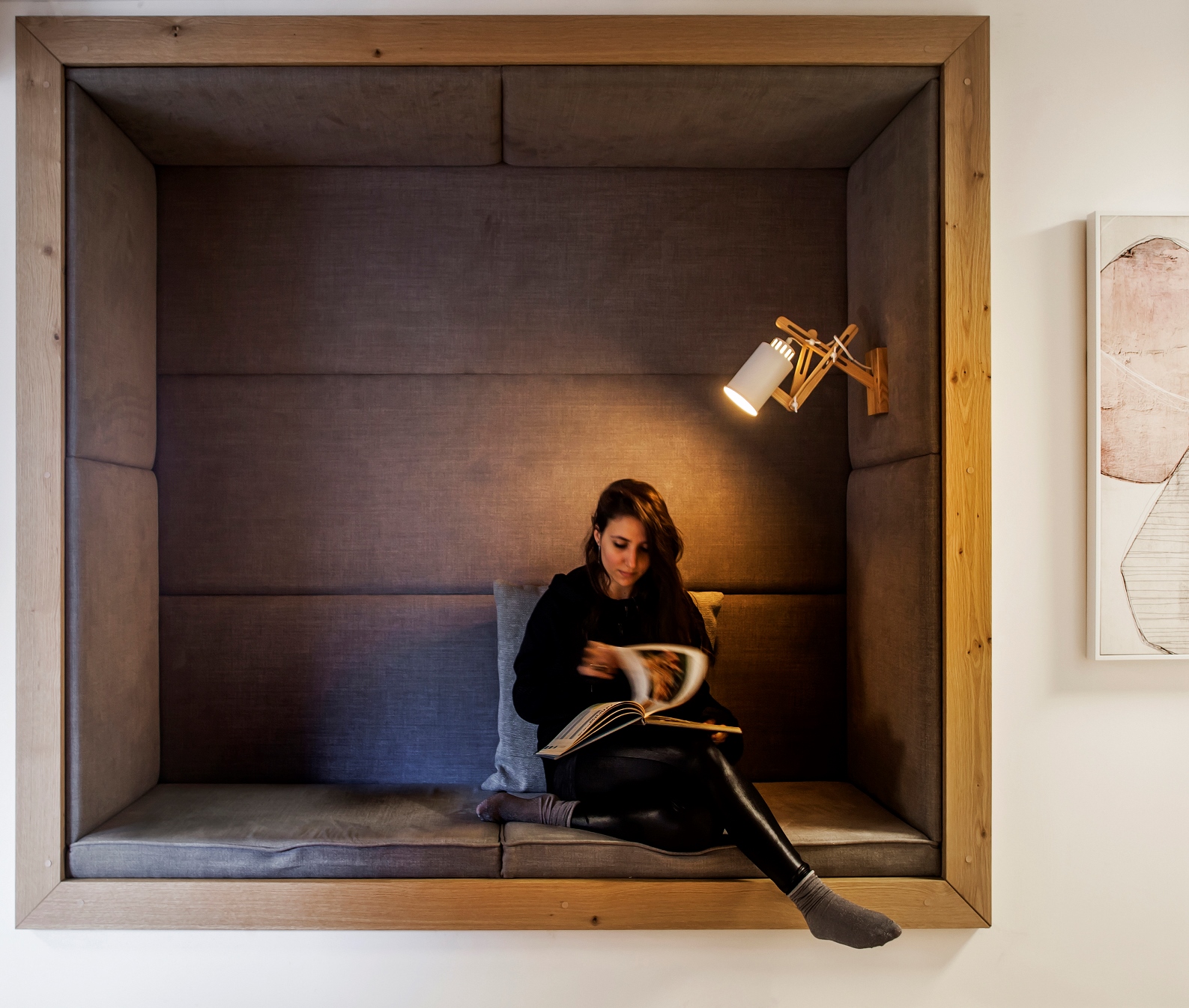 A cozy spot to take a break at Gloat. Photo by Yoav Gurin
UNCOVER ISRAEL - Get the ISRAEL21c
Weekly Edition free by email
Sign Up Now!
Give
Every
Month
Help ISRAEL21c uncover
the Israel we love