Israeli activists, philanthropists and aid workers have helped rescued 125 Afghans at risk from Taliban retribution in a complex and hush hush operation that happened earlier this month.

The Afghans, which include judges, human rights activities, journalists, TV presenters, scientist, artists, diplomats, artists and even cyclists, arrived in Albania on October 2nd, after being evacuated from Afghanistan to a neighboring country.

The operation took weeks to arrange and was a collaborative effort by the governments of the United Arab Emirates and Albania, activists and donors including businessman and philanthropist Sylvan Adams.

The effort was facilitated by non-profit Israeli humanitarian aid organization IsraAID, which offers disaster response in the wake of natural and man-made crises all over the world, and which has been helping refugees from all over the world for many years.

This was the second evacuation of vulnerable people from Afghanistan that the group has coordinated since the Taliban overran Kabul on August 15 and seized control of the troubled country.

On September 6, 42 women, girls and family members were spirited out of the country to the United Arab Emirates. 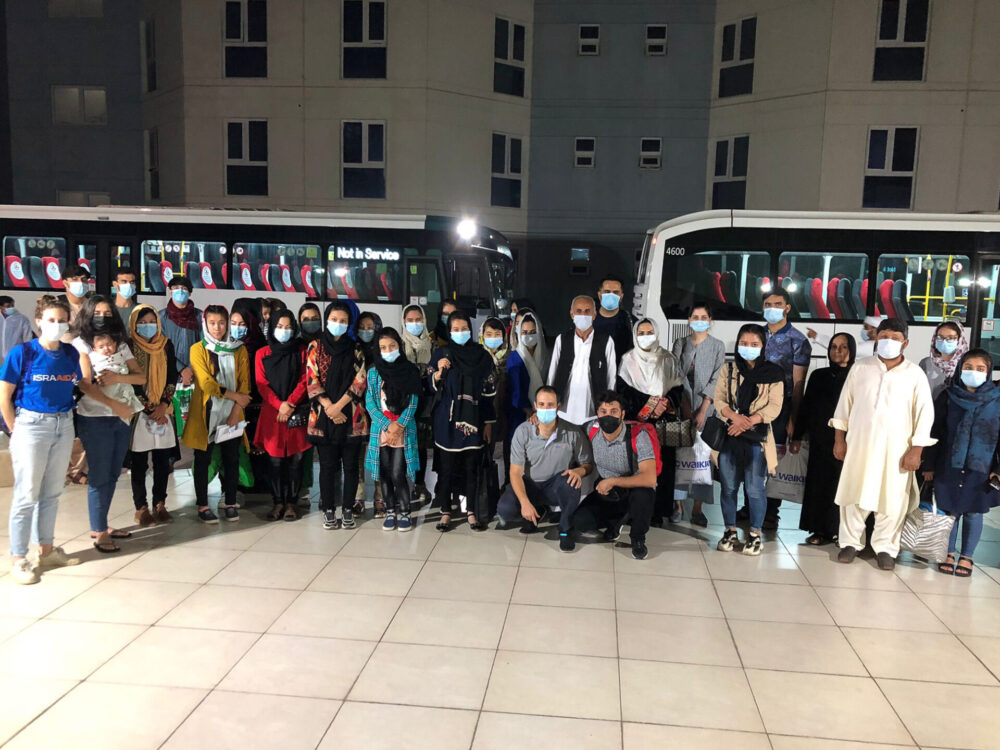 The rescued girls on their way to the United Arab Emirates. Photo by Boaz Arad/IsraAID

IsraAID’s CEO, Yotam Polizer, who took part in the mission said the last few weeks of negotiations were intense and difficult, and the situation was constantly changing, with new plans being made on an almost daily basis.

“We are delighted to be able to say that our main focus now is on ensuring the evacuees have everything they need while they begin the process of building new lives for themselves,” he said. “We are committed to supporting both of these groups for the long-term.” 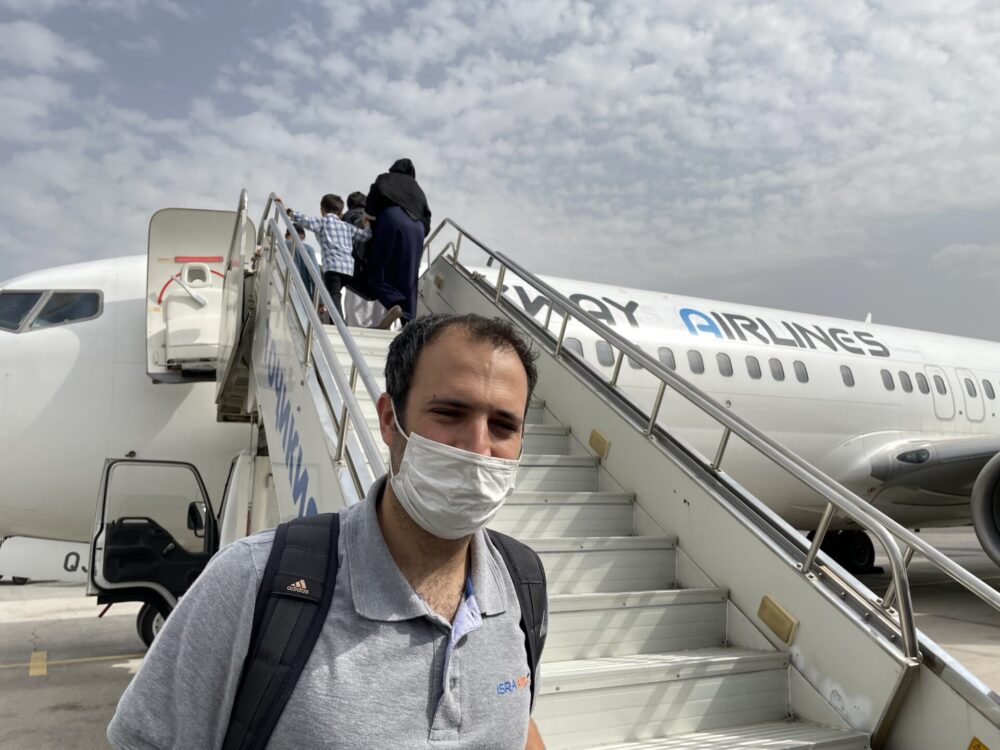 IsraAID CEO Yotam Polizer oversees as evacuees board the flight to Albania. Photo by Boaz Arad/IsraAID

“What we did in this operation to extract and resettle these Afghan women was simply practicing the ancient Jewish cultural imperative of ‘Tikkun Olam’, which means improving our world,” said Israeli-Canadian Adams.

The people evacuated are considered particularly vulnerable under Taliban’s harsh and violent rule, and many of the women and girls were symbols of female empowerment and leadership in Afghanistan in the pre-Taliban days.

After escaping the country, they were granted safe passage through a neighboring country to the UAE and Albania, before long-term resettlement in countries including Canada, France, and Switzerland.

IsraAID has also launched an initial needs assessment mission to Albania, where the group of 125 evacuees join more than 1,000 Afghan refugees currently in the country. IsraAID’s team will assess access to crucial services and plan to provide ongoing assistance to Afghan refugees while they stay in Albania.

The mission to save Afghan nationals was the initiative of Israeli journalist Danna Harman, who gathered a group of friends to try to rescue the Afghans.

Rescued Afghans on the plane to safety. Photo by Boaz Arad/IsraAID

“If there is a bright spot in the story of Afghanistan’s latest crisis, it would be how many regular people, Afghans and those who care about Afghanistan alike, came together to respond to calls for help,” said Harman.

“None of us know what life in Afghanistan will look like now, and it is not for us to judge who is in graver or lesser danger. But, I believe, it behooves us all to listen to and respect anyone’s cry for help, and, moreover, if we can, reach out our hands to assist.”

“We would like to thank the governments of Albania and UAE for their hospitality and willingness to provide safe passage to these vulnerable people out of Afghanistan, and to the governments worldwide who have prioritized them for resettlement,” said Polizer.

UNCOVER ISRAEL - Get the ISRAEL21c
Weekly Edition free by email
Sign Up Now!
Bring Israel's story to life.
Millions of people around the world rely on us to gain a deeper understanding of Israel. We are the trusted source for original content you won't find anywhere else.
You can make a difference. Donate today to support journalism that brings Israel’s story alive.
SUPPORT ISRAEL21c
Read more on:   Social Action, Humanitarian Aid, refugees, Coexistence, IsraAid, Sylvan Adams