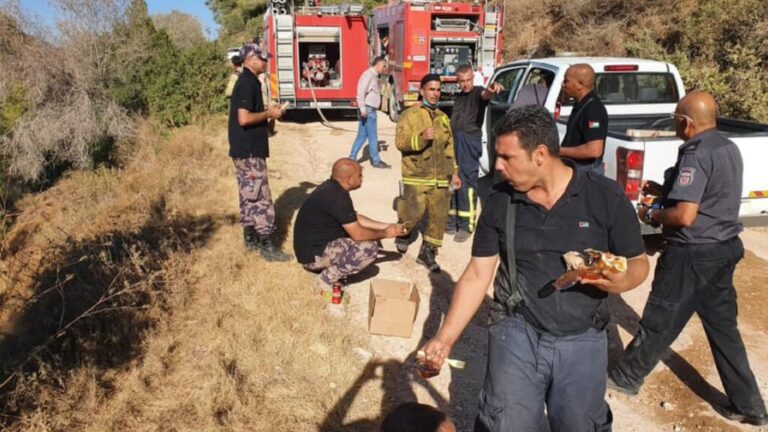 Israeli and Palestinian Authority firefighters on a lunch break while battling wildfires outside Jerusalem, August 17, 2021. Photo by Haim Omri

Amid the tragic destruction and displacement caused by wildfires that have blazed through the Jerusalem Hills since August 15, we were heartened to see a Facebook post from the Israel Ministry of Foreign Affairs.

It was a picture that seemed ordinary but was in fact quite extraordinary. The caption reads: “Israeli & Palestinian firefighters take a lunch break together while battling wildfires near Jerusalem. Thank you to the Palestinian Authority for the cooperation.”

Israeli Defense Minister Benny Gantz took to Twitter to express his thanks to the Palestinian Authority for assisting Israeli firefighters on Tuesday.

“Mutual care and saving human lives are common interests to us all,” Gantz tweeted in Arabic, Hebrew and English.

By nightfall on Tuesday, National Fire and Rescue Chief Dedi Simchi announced that the fires in the western suburbs of Jerusalem had been “fully contained” after a 52-hour effort. In all, hundreds of residents were evacuated, and some 6,200 acres of woodlands were burned. 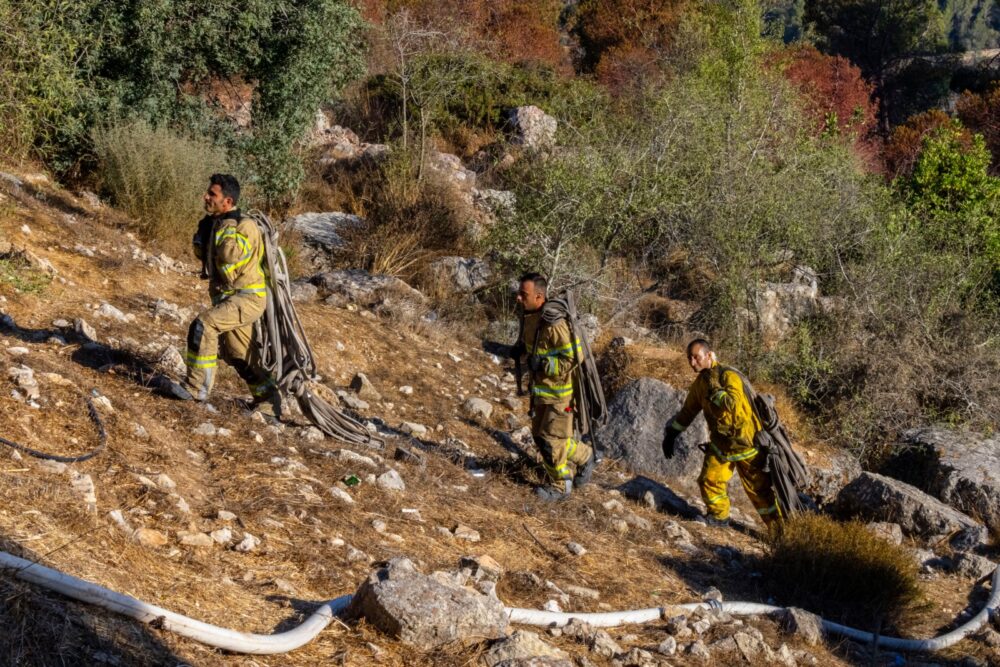 Firefighters carry equipment as they finish extinguishing a fire near the Sataf forest outside Jerusalem, August 17, 2021. Photo by Olivier Fitoussi/Flash90
UNCOVER ISRAEL - Get the ISRAEL21c
Weekly Edition free by email
Sign Up Now!
Bring Israel's story to life.
Millions of people around the world rely on us to gain a deeper understanding of Israel. We are the trusted source for original content you won't find anywhere else.
You can make a difference. Donate today to support journalism that brings Israel’s story alive.
SUPPORT ISRAEL21c
Read more on:   News, fires in Israel, Coexistence