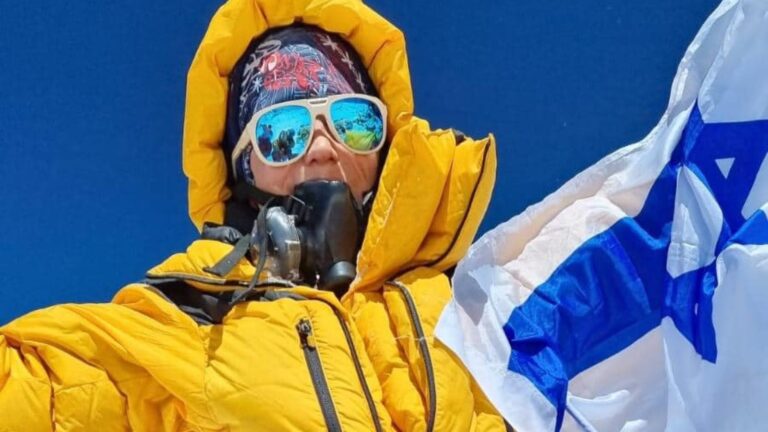 A 43-year-old woman raised the Israeli flag at the summit of Mount Everest on May 23.

“I am happy and proud to be the first Israeli woman to reach the summit,” Wolfson posted on Facebook following her 45-day expedition with the Seven Summits Club. 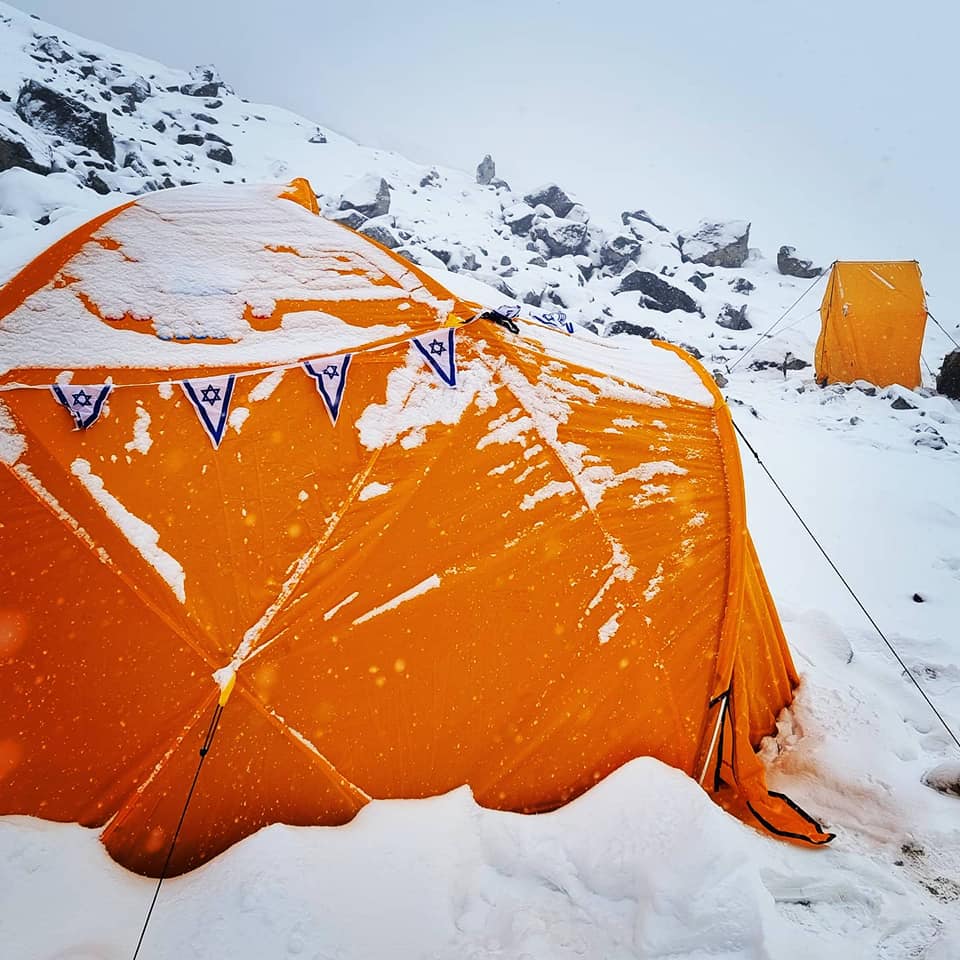 Wolfson, a lawyer from Ramat Gan, broke multiple bones while skiing in 2011 and had to learn to walk again. She also began running, swimming and biking, and several years ago started going on climbing trips around the world.

She trained with a triathlon group for months before attempting her Everest climb in the Himalayas on the border of Nepal and Chinese Tibet.

In January, she climbed Ojos del Salado, the highest volcano in the world. In March, she summited Mount Elbrus in her native Russia, the highest peak in Europe at 5,642 meters (18,510 feet). Wherever she goes, she hoists an Israeli flag.