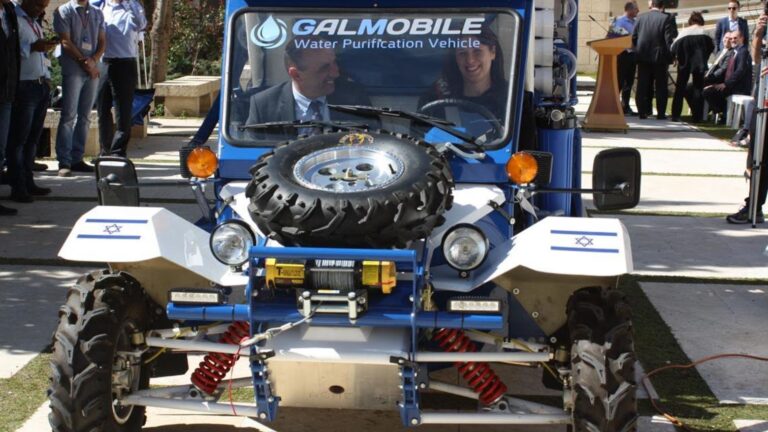 Israel’s Ministry of Foreign Affairs is donating a GalMobile water purification vehicle to drought-stricken Papua New Guinea, an independent island nation north of Australia, in which about 85 percent of the six million citizens lack access to electricity and tap water.

The Caesarea-based G.A.L. Water Technologies and the Foreign Ministry have teamed up to provide water-treatment products on a humanitarian basis to African nations for more than 20 years. Last March, they sent a GalMobile to the Marshall Islands in the Pacific, where drinking water is in seriously short supply.

The GalMobile is a mobile potable water-treatment, storage and distribution system that connects to any possible water source and produces drinking water at World Health Organization standards in less than 30 minutes, yielding approximately 8,000 cups of water per hour.

G.A.L. Water Technologies Rami Aflalo demonstrated the GalMobile’s capabilities and explained how the system will aid the residents of Papua New Guinea in overcoming the nation’s worst drought this century.

Hundreds of children there die every year from diseases caused by drinking non-potable water, he told participants, who included officials from the World Bank, MASHAV-Israel’s Agency for International Development Cooperation, the Economy and Industry Ministry, Kawasaki Israel, Polaris Israel and the Water Industry Manufacturers Association of Israel (MAI).