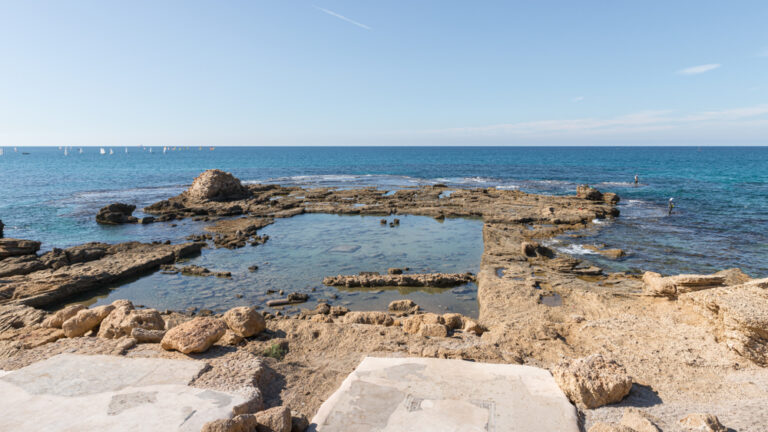 Climate change is possibly the hottest topic mankind will have to contend with in coming years. But that’s not to say we’re the first generation massively impacted by environmental and climate change. Just ask the people living in the cities and villages that have slowly submerged underwater over the past 10,000 years.

That’s exactly what scientists from the University of California San Diego and the University of Haifa are planning to do. A new maritime archaeology collaboration between the two institutes will see researchers learn more about how earlier humans along the coast of modern-day Israel adapted to their changing world.

The three-year project will facilitate scientific exploration of coastal environments in Israel, which offer sensitive deep-time records for how humans have adapted to climate and environmental change over the past 11,000 years.

Their findings, the scientists predict, will have public and scientific impact, bringing to light discoveries including ancient shipwrecks and submerged villages, ports, and cities from the past 10,000 years in the Mediterranean region.

“Along the coast of Israel, submerged settlements, ancient harbors and sunken ships tell a unique story of 11,000 years of human resilience and adaptation. The exploration of this frontier can only be done with cutting-edge technologies and innovative training programs for archaeologists,” said Prof. Assaf Yasur-Landau from the University of Haifa.

“I am very excited for this tremendous opportunity in which both partners – the University of Haifa and UC San Diego – join forces to create pathbreaking underwater and coastal research as well as a joint training program on the Carmel Coast,” he said.

“The world’s oceans and seas are the last great frontier of archaeological exploration, and the Mediterranean Sea holds the oldest and most densely traversed maritime network in the world,” added Prof. Thomas Levy from UC San Diego.

“This new California-Israel collaboration will provide students and faculty from both the US and Israel with unique opportunities for original research concerning climate, environmental, and culture change.”

The collaboration between the two institutes was made possible through a $1.3 million gift from the US-based Koret Foundation.