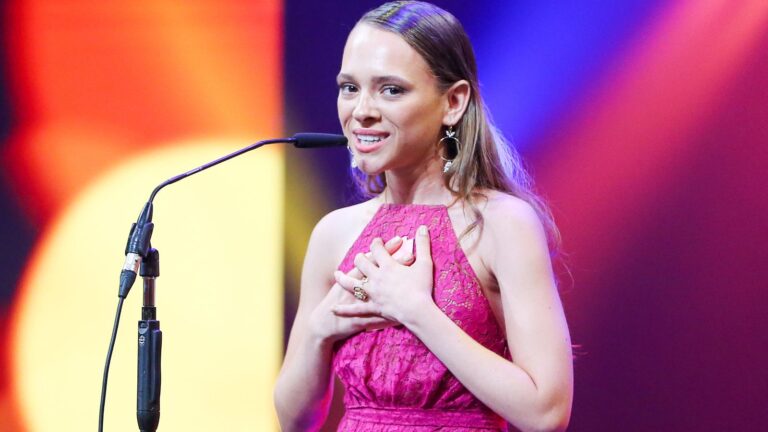 Israeli actress Shira Haas is nominated for an Emmy Award for her role as the lead actress in hit show ‘Unorthodox.’ Photo by Flash90

Israeli actress Shira Haas was nominated for an Emmy Award for her role in the hit Netflix series “Unorthodox,” it was announced on Tuesday.

Haas is vying for an award in the “Outstanding Lead Actress in a Limited Series or Movie” category, competing against industry veterans such as Cate Blanchett, Kerry Washington and Octavia Spencer.

“Unorthodox” tells the story of Esty Shapiro, a young ultra-Orthodox woman who escapes her Brooklyn community for a new, secular life in Berlin. Based on the real-life story and autobiography of author Deborah Feldman, much of the series is conducted in Yiddish and gives audiences a sneak peek into the lives of members of a strict Hassidic community.

The show itself is also up for an Emmy, competing in the “Outstanding Limited Series” category. It has also been nominated for the directing, writing, casting and music composition awards in the “Limited Series, Movie or Dramatic Special” category and for the contemporary costumes and original main title theme music general awards.

Twenty-five-year-old Haas became a household name in Israel following her appearance on TV show “Shtisel,” which reached international audiences when it was picked up by Netflix.

She also starred in numerous critically acclaimed Israeli movies, including “Foxtrot,” “Broken Mirrors” and “Noble Savage,” and appeared in international productions such as Natalie Portman’s “A Tale of Love and Darkness” and alongside Jessica Chastain in “The Zookeeper’s Wife.”

“Thank you for all the beautiful messages today,” Haas wrote on Instagram following her nomination. “I’m still processing it and trying to find the right words. I am so happy and so lucky to have had the privilege of portraying this character and to be nominated for it. Thank you to everyone who took part in the show and made this happen.”