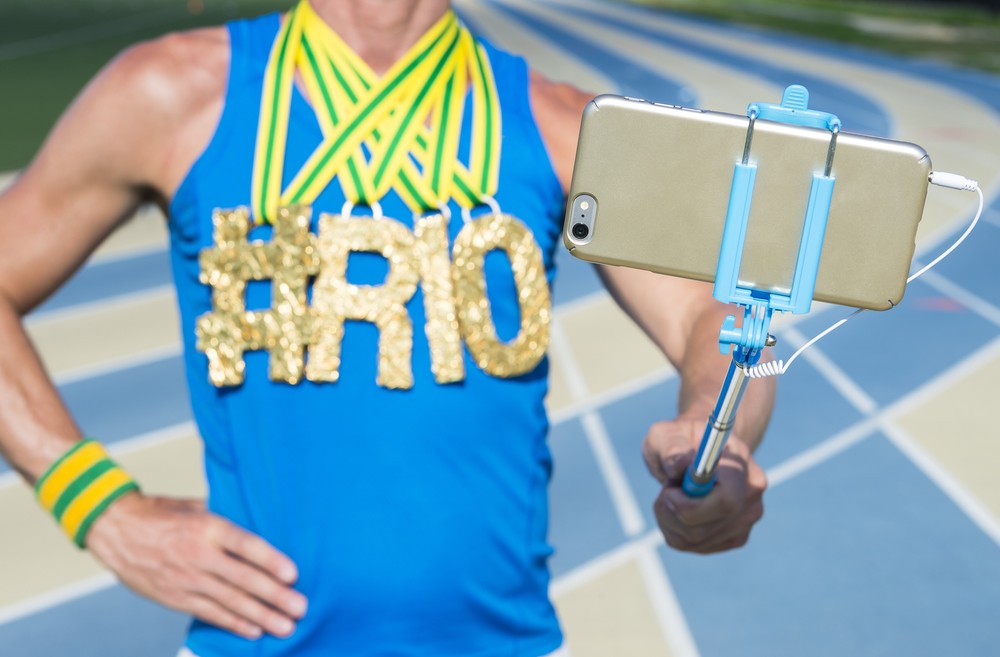 Israel will make its 16th appearance at the Olympic Games this August with its largest delegation of athletes ever.

Israeli company International Security and Defense Systems (ISDS), BriefCam, the EROS-B satellite and SayVU will likely snag the most attention as they take on security.

ISDS, which has been providing integrated solutions for complex security projects since 1982, is the “Official Supplier” of security solutions for the Games.

“It’s an honor for ISDS to be the very first ever Israeli group to be part of the Olympic family,” Leo Gleser, ISDS president and a former Mossad agent, told JTA.

The Israeli company is in charge of analyzing “all the events relating to the games – the stadium environs, the facilities, the routes for bicycle riders and sailors, the Olympic Village, the parking lots, and just about everything else, and to design scenarios and find answers for all of them,” according to a Globes report.

According to the report, the Rio security budget stands at $2.2 billion.

BriefCam will help Brazilian security authorities with surveillance at street level. The Israeli company’s proprietary video-synopsis technology scrunches 24 hours worth of footage into one minute making it easier for security personnel to keep track of what’s really going on among the hundreds of thousands of Olympic attendees.

In the run-up to the August 5-21 global sporting event, visitors and athletes heading to the Rio Olympics have been inundated with warnings about cybersecurity hacking, terror threats, the Zika virus and crime.

Though Brazilian Defense Minister Raul Jungmann told an international press conference in July that his country is ready to provide a safe environment as required by the International Olympic Committee (IOC), following the terror attack in Nice, France, the Brazilian government announced it would boost security for the Olympics above its already planned 85,000 police and soldiers — double the number in the 2012 London Games.

Also in July, Jungmann announced his government’s decision to use the EROS-B high-resolution imaging satellite to strengthen security by allowing detailed inspections of Rio de Janeiro during the Olympic and Paralympic events in August and September.

“This is an Israeli satellite at a low Earth orbit altitude capable of capturing high-resolution images of up to 50 centimeters [about 1½ feet] in an area of 450 kilometers [some 280 miles], thus enabling the identification of objects, people, cars and goods,” Jungmann told local media about the Israeli satellite, owned and operated by Or Yehuda-based ImageSat International).

“Brazil has no need to worry because we have been in touch with the world’s best intelligence agencies and we will bring unique innovations to the Games,” he told reporters. “We’ll have an international intelligence center to host 100 nations and their own intelligence centers, which is unprecedented.”

SayVU, meanwhile, is a life-saving app that will keep the athletes’ personal security a top priority. SayVU is a new app that allows a user to send a distress signal to a hotline in an emergency even if a phone is locked.

RideOn – maker of augmented reality (AR) technologies and products for outdoor activities – is the official Israeli representative for this year’s inaugural “Tech Olympics” in Rio.

In May, RideOn won Israel’s sports innovation contest and a ticket to Rio to compete against seven other regional winners at the Global Innovation for Sports Competition.

“The goal is to provide the first-ever international exposure for innovations that will revolutionize the world of sports as we know it,” said Amir Raveh, CEO and founder of the HYPE Foundation, which joined forces with Microsoft and Saucony to launch the first global platform in tech innovation for sports.

The winning startup will get €100,000 from the Disruptive Technologies Fund, and mentoring from companies including Google, Adidas, Ernst & Young, Nike, Accenture and Black Lab Sports.

Another Israeli sports-tech company making a debut at the Olympics is Motionize. The US rowing team has been using the Tel Aviv-based sports-tracking company’s products to improve its performance ahead of the Rio games.

Founded in 2011, Motionize uniquely uses two independent sensors to give paddlers a complete picture of their movements and instant feedback.

“Up until now a coach can only look at one side at a time. To see what you are doing from all points of view in real time has really helped me tweak,” Team USA kayaker Maggie Hogan told Sports Illustrated about why she uses Motionize to train.

Israeli company LiveU‘s IP-based, award-winning live video transmission solutions will help more than 80 international broadcasters deliver all the live action of the Olympic and Paralympic Games to their audiences. LiveU also provided this service for the FIFA World Cup 2014. 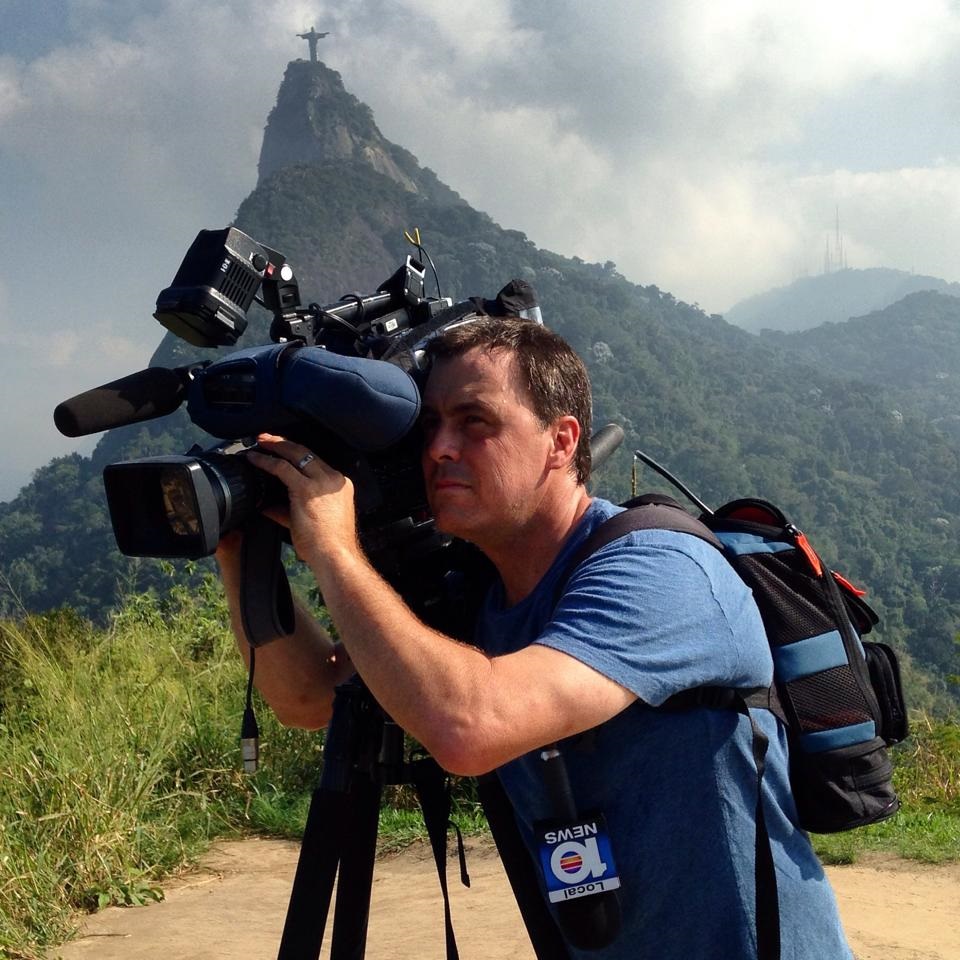 LiveU is ready to capture the action in Brazil. Photo: courtesy

LiveU’s award-winning technology that enables live video transmission from any location around the world will be used by over 80 international broadcasters to deliver all the live action of the Olympics to their audiences.

Israeli navigation and transportation technologies also will be at the Olympic Games.

Pointer Telocation of Rosh Ha’ayin, a developer, manufacturer and operator of mobile resource management, won a contract with CET RIO (the Rio de Janeiro Transit Authority) to provide technology and integration services during the 2016 Olympics, managing the vehicles and personnel responsible for transit control, emergency and contingencies.

Moovit, the Israeli public-transportation app, will provide real-time information in 35 languages on the fastest routes – buses, trains, subway, light rail, ferryboats and cable cars – in order to make transit during the Rio 2016 Olympics as smooth as possible.

Rio’s official tourism site says 50 kilometers of new lines have been mapped with traffic information to ensure efficient travel for the 1.5 million local Moovit users and the expected 500,000 visitors.

“Rio is advancing in the use of technology and the partnership with Moovit will allow not only people attending the Olympics, but the local community as a whole to have access to a multimodal trip planner with real-time information. This will let people plan journeys and have more security and regularity when riding on public transport, which is a great achievement for the Games period and an important legacy for people in Rio,” said Rio Transportation Secretary Rafael Picciani.