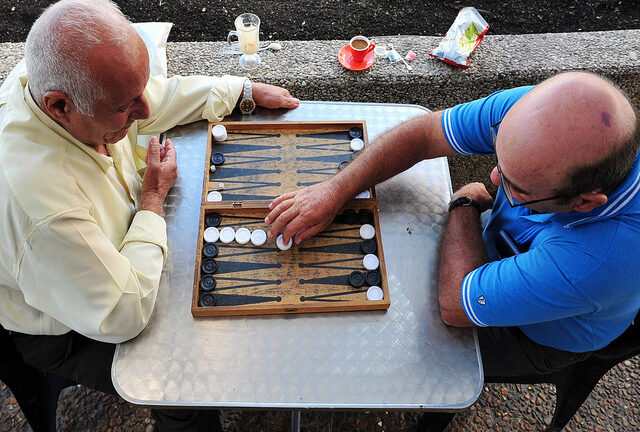 In Israel, backgammon is a favorite past time for all. (Shutterstock)

And the winner of the Fortis World Team finals at the 38th Backgammon World Championship is… Israel. Thirty-three countries sent teams of three to claim the ‘best in the world’ title in backgammon. The golden-oldies from Israel gammoned them all. In Israel, backgammon is a favorite past time for all. (Shutterstock)

The Israeli team was made up of Shimon Kagan, 71, a chessmaster and engineer, David Ben-Zion, 70, who met Kagan at the chess club in Petah Tikva and a former backgammon world champion, and Yossi Tisona, 71, a businessman.

Speaking to Yediot Aharonot, Kagan explained the win by likening backgammon to chess, calling it a thinking game. “You need to plan the next move, understand all the possibilities and theories. It’s not a coincidence that two former chess players and an international businessman won.”

The contest ran August 6-11, 2013 in Monaco. The Israeli team won a monetary prize, Fortis watches and a trophy.