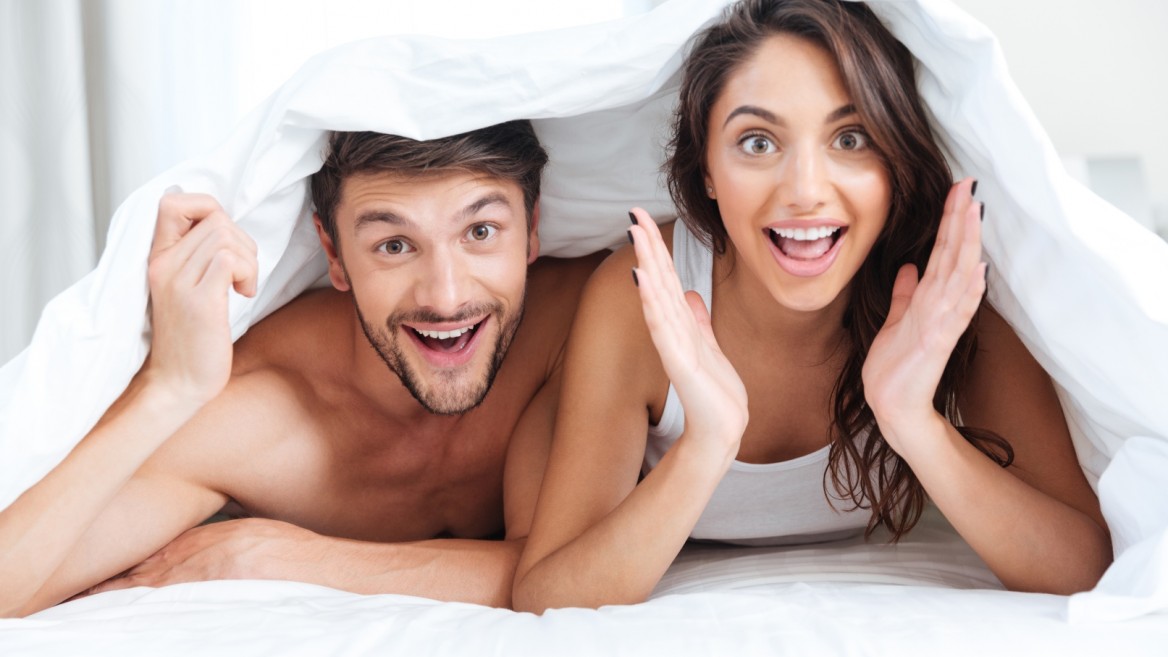 More than 100 heterosexual couples participated in a six-week study led by social psychologists from Israel and New York to find out what keeps the sexual spark alive – or rekindles a dying flame — over the course of a long-term relationship.

The answer, though not that surprising, is getting a lot of play from media across the globe, including New York magazine and Broadly, a Vice.com channel for women.

The key factor (drumroll, please) is building a strong sense of intimacy outside the bedroom by being responsive to one another, according to lead researchers Prof. Gurit Birnbaum from IDC Herzliya, a private university in Israel, and Prof. Harry Reis of the University of Rochester.

The series of studies, published last summer in the Journal of Personality and Social Psychology, asked participants to try various methods, including monitored verbal interactions and keeping a sex diary, to examine how responsiveness affected arousal.

Both genders, but particularly the women, reported feeling more amorous when their partners made them feel special.

“Sexual desire tends to subside gradually over time, with many couples failing to maintain desire in their long-term relationships,” wrote the researchers. “Three studies employed complementary methodologies to examine whether partner responsiveness, an intimacy-building behavior, could instill desire for one’s partner.”

In the first study, 153 participating couples were told to describe online to their spouse (actually a research assistant) a positive or negative life experience for 10 minutes. Canned responses from the research assistants ranged from “You must have gone through a very difficult time” to “Doesn’t sound so bad to me.” The subjects then evaluated their feelings of being understood or cared for by their spouses and to what degree they wanted to engage in sex with them.

In Study 2, 178 couples again described a positive or negative life experience, but this time face-to-face with their partners as judges coded resulting displays of responsiveness and sexual desire. (Hearing about a positive life experience was more likely to boost sexual attraction, they found.)

The third study used a daily experiences methodology – including a nightly diary — to examine the mechanisms underlying the responsiveness-desire linkage among 100 couples. Both women and men reported stronger sexual desire for their partners on days when they perceived them as emotionally responsive.

The researchers say that responsive behavior increases the partner’s “mate value” in the eyes of the partner receiving the attention.

“Feeling special and perceived partner mate value explained the responsiveness-desire link, suggesting that responsive partners were seen as making one feel valued as well as better potential mates for anyone and thus as more sexually desirable,” Birnbaum and Reis explained in the journal article, titled “Intimately Connected: The Importance of Partner Responsiveness for Experiencing Sexual Desire.”

Birnbaum and Reis previously did six studies of single university students to see how emotional responsiveness from a stranger of the opposite sex affects desire.

Interestingly, the results were different than in the newer research: On average, the males labeled responsive women as more sexually attractive, while female participants were slightly less interested in pursuing a relationship with emotionally responsive male strangers.

Birnbaum tells ISRAEL21c that the contradiction is due to a change in the meaning of “responsiveness” as a relationship develops.

“Women may attach negative meanings to provision of responsiveness in the context of initial encounters (e.g., viewing a responsive partner as manipulative or as less selective),” she says.

“Women typically have more to lose from a poor mating choice than men do (i.e., due to greater investment in each offspring) and thus have evolved sensitivity to cues of partners’ willingness to invest resources in the relationship. In an initial conversation, this sensitivity may be manifested in suspicion of partners’ intentions.

“However, as relationships develop and uncertainty about a partner’s intentions decreases, women’s initial suspicion may be replaced by appreciation of a current partner’s cues of investment (i.e., expressions of responsiveness, which are inherently geared toward promoting a partner’s welfare),” says Birnbaum.

“Hence, the same reasoning that suggested suspicion of a responsive partner’s intentions during the earliest phase of acquaintanceship might lead women to value responsiveness during later stages of relationship development.”