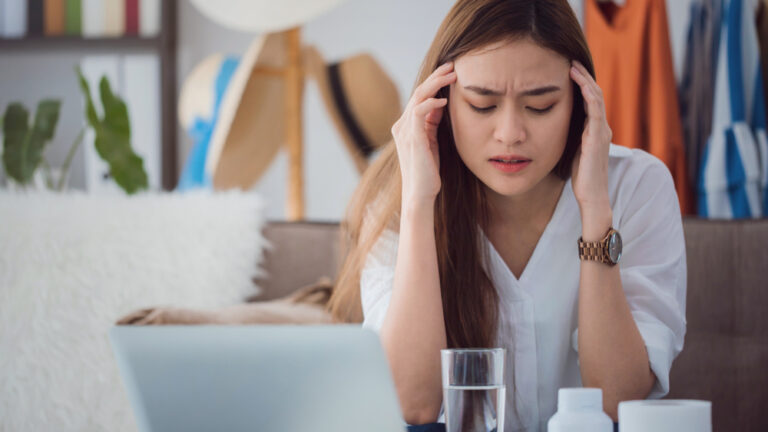 Israeli researchers shed new light on the connection between stressful life events and autoimmune diseases. Photo by Bunditinay via shutterstock.com

We all know that stress is bad for us – to the point of making us ill. But scientists still don’t have a deep understanding of the connection between stressful life events and autoimmune diseases.

A recently published Israeli study, however, suggests that gut microbiota may play a significant role in that connection.

In their study recently published in mSystems, researchers from Bar-Ilan University found that the onset of stress caused changes in intestinal bacteria that in turn stimulated immune cells in a way that increased the likelihood that the body would attack itself.

Although researchers have identified some inherited risks for autoimmune diseases, the diseases are believed to arise from the complex interplay of genetic and environmental factors. The Bar-Ilan study, led by immunologist Dr. Orly Avni, investigated these environmental risks, such as psychological and social stress, because these offer opportunities for potential treatment.

The study, conducted on two groups of mice, showed that social stress changed both the composition and transcriptional patterns in the microbiota. One group of mice was exposed to stress in the form of daily threatening encounters with dominant and aggressive mice. The other group was left alone.

After 10 days, the researchers analyzed the gut microbiome of each group and found that the stressed mice had higher levels of some bacteria including microbes that have been previously observed at unusually high abundance in patients with multiple sclerosis, an autoimmune disease.

It was not only the composition of the bacteria that changed, but also its behavior. The study showed that stress led to the activation of bacterial genes related to potentially violent traits, including growth, motility and signals sent between a pathogen and a host. Microbes with these traits can travel to other parts of the body, including lymph nodes, and elicit an immune response.

When the researchers analyzed the lymph nodes of stressed mice, they found elevated levels of several known pathogenic bacteria as well as a higher percentage of effector T cells known to play a role in autoimmunity.

While the study did indeed show that gut bacteria can sense and respond to social stress, Avni noted that researchers need to better understand how that long-lasting interaction works between bacteria and their hosts.

“It’s not enough to study the composition, or the increase or decrease of a species,” she said. “We also have to understand how the microbiota sense us, and how they change their ‘behavior’ accordingly.”

That knowledge, she added, could potentially lead to tailored microbial interventions against autoimmunity and other stress-related illness.

UNCOVER ISRAEL - Get the ISRAEL21c
Weekly Edition free by email
Sign Up Now!
Bring Israel's story to life.
Millions of people around the world rely on us to gain a deeper understanding of Israel. We are the trusted source for original content you won't find anywhere else.
You can make a difference. Donate today to support journalism that brings Israel’s story alive.
SUPPORT ISRAEL21c
Read more on:   News, Health, gut microbiome, Bar-Ilan University