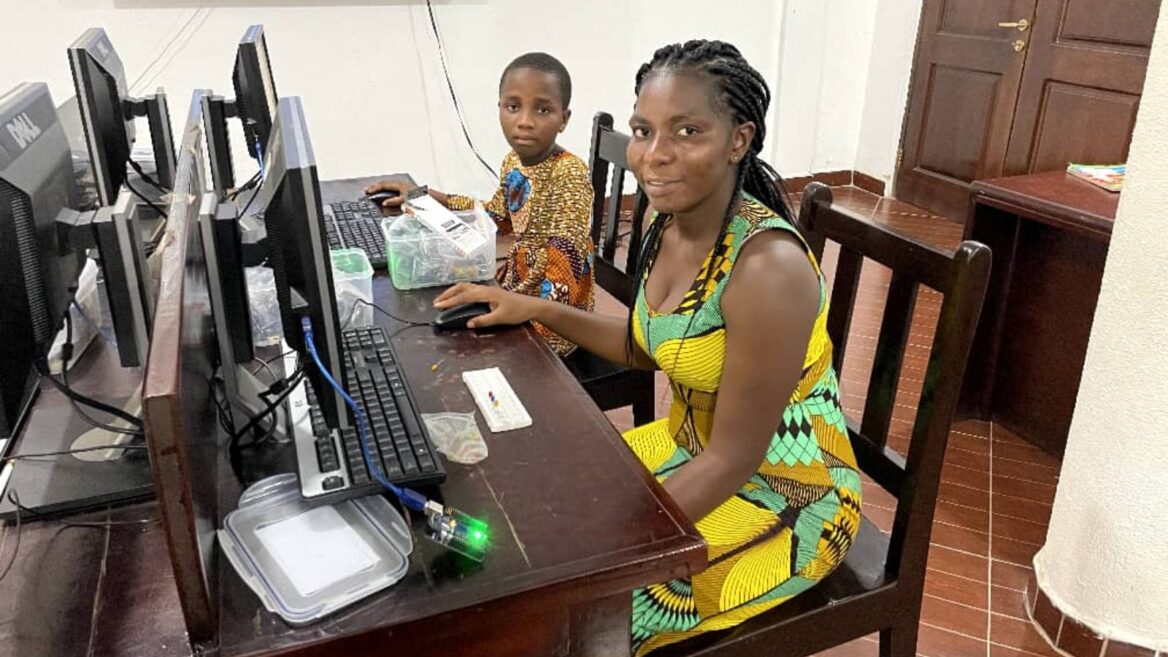 Frances Etornam Goba is 10 years old and lives with her father in Elmina, Ghana. Hoping to be a physician when she grows up, Frances is eager to learn all the science, technology, engineering and math (STEM) she possibly can.

So when she saw a notice on her school bulletin board about an optional STEM class, and heard more about it from her science teacher, she ran to sign up.

Kadima Mada (loosely translated as “Science Journey”) creates and implements cutting-edge curriculums in formal and informal settings for disadvantaged populations in Israel and in more than 30 other countries.

Frances, a member of the second cohort, said the course increased her confidence and now she wants to code all the time.

“If I continue to learn STEM and coding, I will be able to develop my own animation programs in the future,” she said. 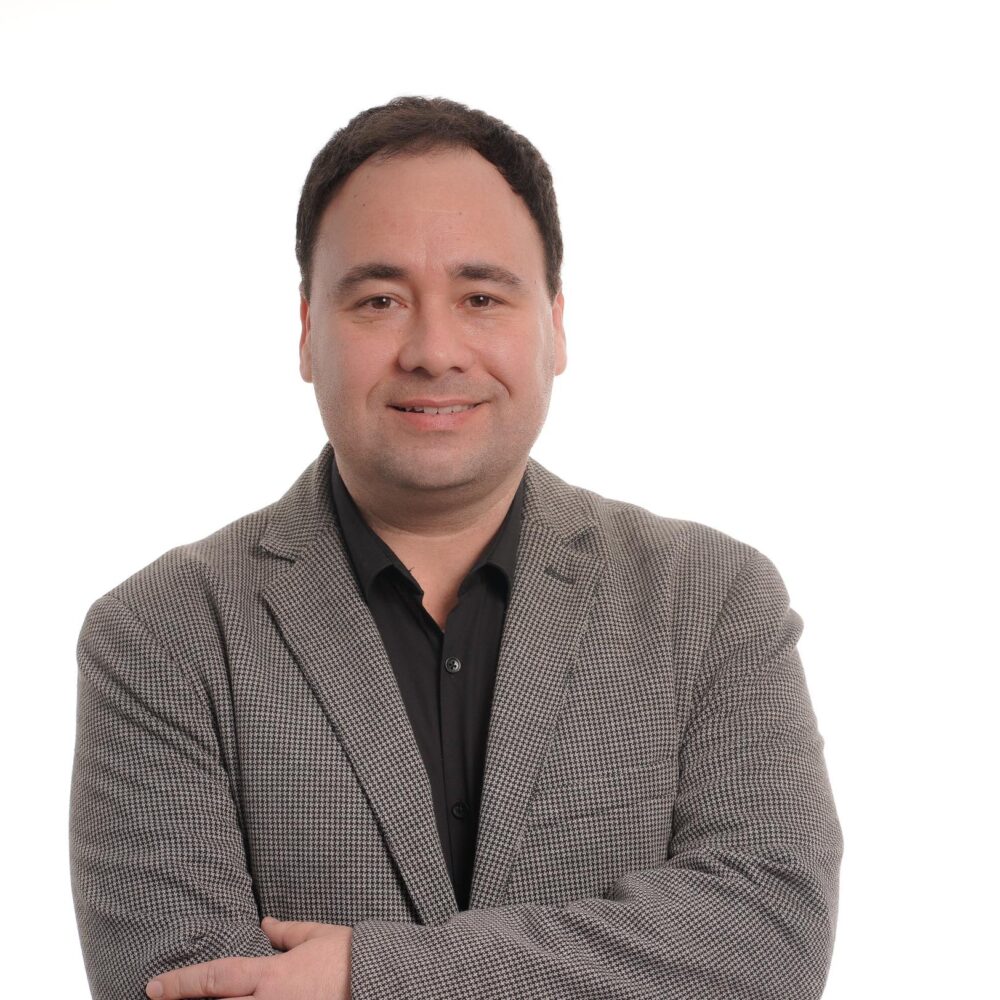 Moshe Leiba, World ORT Kadima Mada’s chief pedagogical and R&D officer, tells ISRAEL21c that the main goal is empowering girls. As such, the initiative has only female students mentored by female instructors.

“As a Jewish and Israeli organization, this is part of our tikkun olam [repairing the world] to assist those who are behind to reach their potential. In Ghana, we know that women need a huge boost to achieve educational and workplace equity.”

Leiba, who also heads the Digital Learning Project at the Academic College of Tel Aviv-Yaffo, said UNESCO put out a call a few years ago for assistance in STEM education in Ghana.

“We started talking about what we could contribute. In Israel we have a program where women in the tech industry mentor female students at local universities, and they in turn mentor teenage girls in STEM. We proposed to UNESCO that we start a similar program in Ghana.”

UNESCO provided a modest grant of about $12,000, with which ORT’s project partner in Elmina, Coconut Grove Beach Resort, purchased some computers, a digital projector and Arduino kits containing sensors and electronics. These were installed in the Elmina public library.

“We wanted instructors who would be inspiring role models. But there aren’t that many women studying in these fields in Ghana. Eventually we chose eight instructors for the pilot.”

Each received a stipend from WORLD ORT Kadima Mada and Coconut Grove.

The women gathered in the Elmina library for three full days of professional development led by two Israeli instructors on Zoom.

Leiba got a lesson in local culture when he introduced the program on the first day.

“When I finished my short talk in English, I asked for questions, but nobody said anything. I felt a bit awkward.”

Leiba later approached Victor Opoku Minta, general manager of Coconut Grove, to inquire whether he had erred in speaking in English. Perhaps the women didn’t understand him?

Minta assured Leiba that English is indeed an official language in Ghana. The problem is that Ghanian women are trained not to speak up.

“So I had a meeting with Celeste about how to give these students presentation skills and not only technical skills,” says Leiba. “Our local partner organized a workshop on this on our behalf.”

After the initial training, Kadima Mada continued providing support to the instructors as they started to work with girls who’d signed up for the course at the library.

“Each instructor worked with several groups of four to six girls once or twice a week for an hour and a half, for about four months.”

The first cohort was treated to a big graduation ceremony where they received certificates. Leiba, joining via Zoom, saw that the ceremony was broadcast on local TV. A Christian minister offered a blessing.

This shows how much the local community respects and appreciates the program, Leiba says. 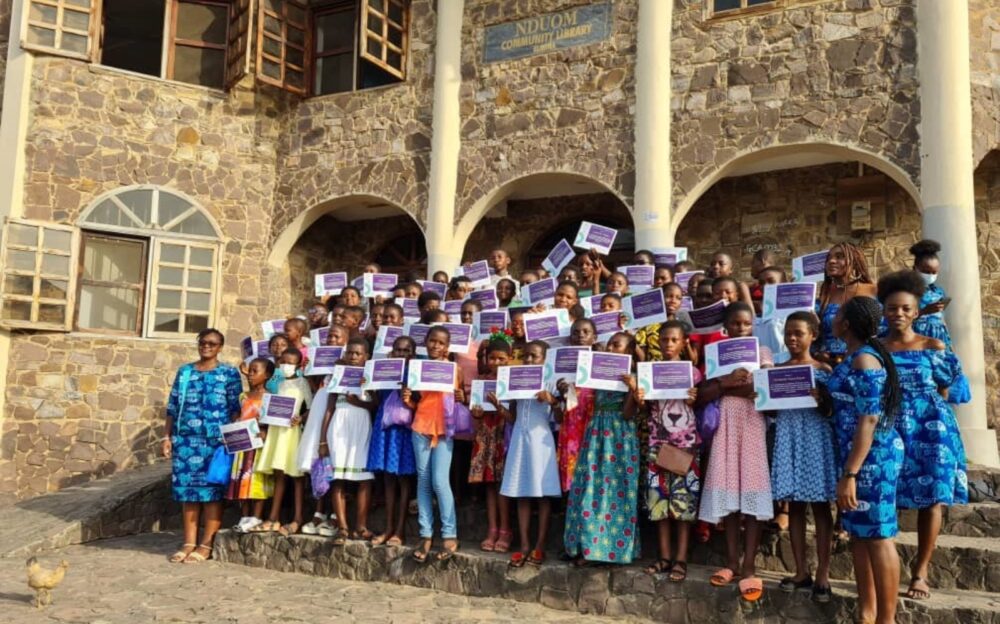 “The pilot went much better than I thought it would. There were so many variables, and I wasn’t sure how it would go when we couldn’t support them face to face and the instructors are not technology experts,” he explains.

“But we followed the students to see how they were doing, and we saw the kids were very happy and interested and participated with great dedication. It was amazing.”

World ORT and Coconut Grove decided to continue and expand the program using their own funds. The course now boasts more than 100 graduates from several schools. An educational entity in Uganda has inquired about setting it up there as well.

This January, a new group of Ghanian university students is undergoing training.

Eshun was raised by her grandmother in Elmina. She is earning a bachelor’s degree in early childhood education at Our Lady of Apostles College of Education.

“I heard about STEM ORT from a radio advertisement,” Eshun said.

“I was interested in becoming a volunteer instructor for the program since I have a passion in computing and teaching children.” 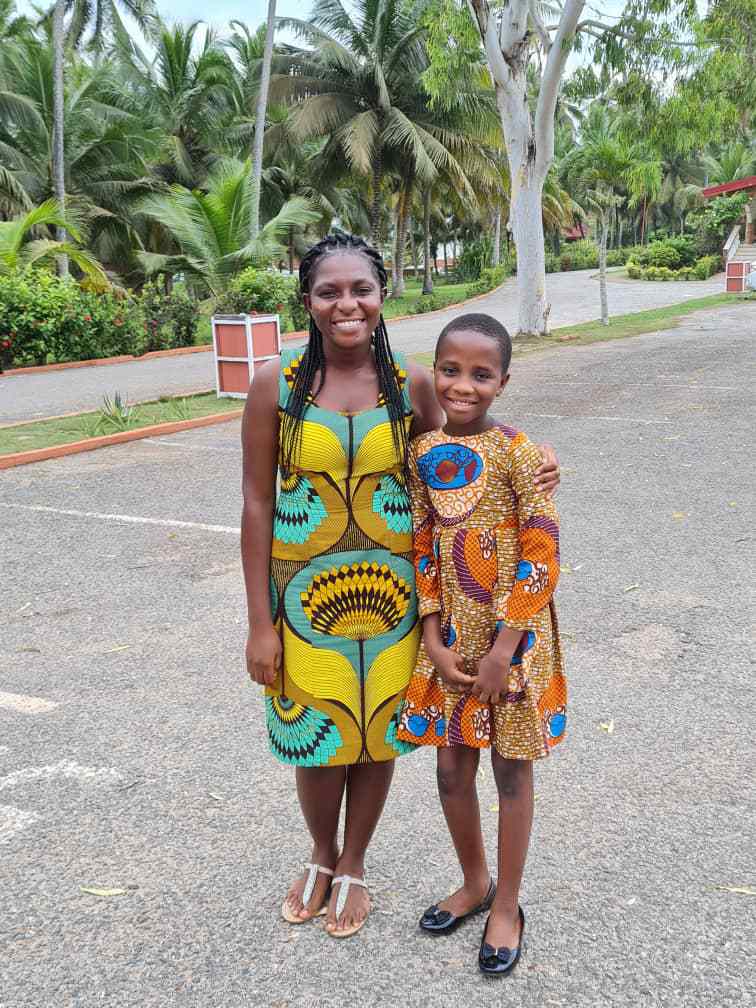 Learning with Israeli trainers for 28 hours “was an excellent experience and a great opportunity for me because I have heard a lot of how the Israelis have advanced in technology and other creative skills such as coding, game design and video animations,” she said.

“The training has helped me understand the relevance of coding in the manufacturing industry and in gaming and video animations. I want to do more coding in the future to upgrade my knowledge and develop more skills in building hardware connections for robotics as well as skills in the areas of problem solving and inquiry.”

Eshun said she looks forward to using Scratch in her work as an early childhood educator “in order to develop in the children creative and logical thinking skills” as well as useful technical skills.

“Maria Montessori once said, ‘Play is the work of the child’ — in other words, children learn and grow through play. Moreover, children learn by doing. So integrating Scratch in their lessons will facilitate their learning with a lot of activities.”

UNCOVER ISRAEL - Get the ISRAEL21c
Weekly Edition free by email
Sign Up Now!
Bring Israel's story to life.
Millions of people around the world rely on us to gain a deeper understanding of Israel. We are the trusted source for original content you won't find anywhere else.
You can make a difference. Donate today to support journalism that brings Israel’s story alive.
SUPPORT ISRAEL21c
Read more on:   Technology, STEM, coding, Social Action