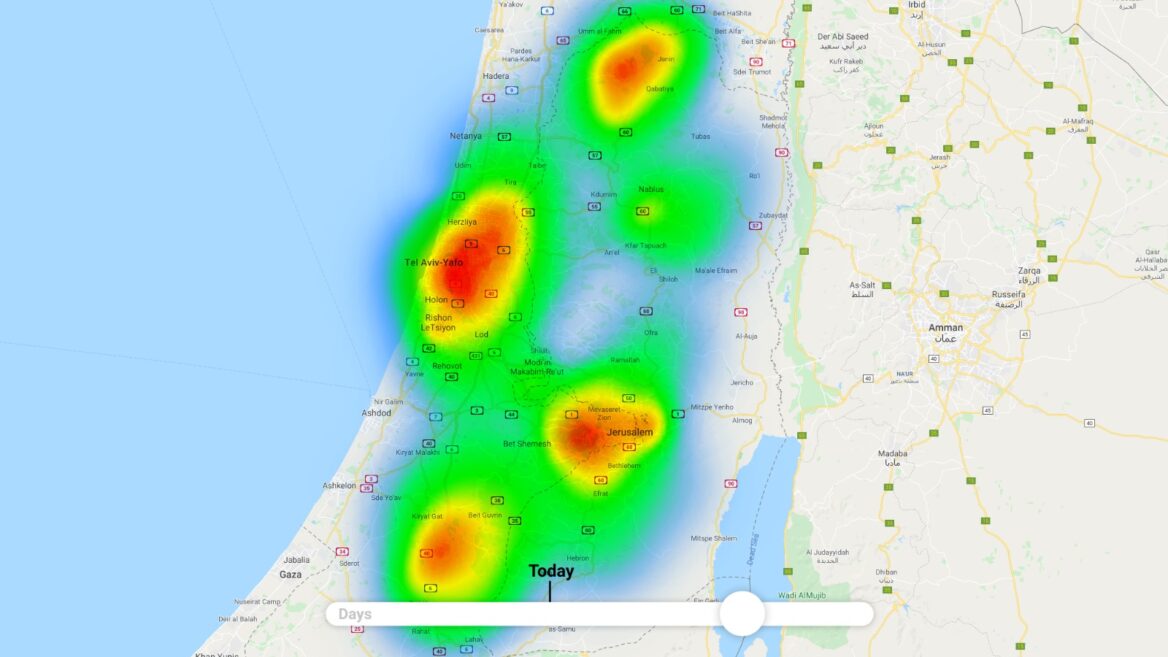 A heat map showing areas of Israel most affected by Covid-19 on April 13, 2019. Image courtesy of Diagnostic Robotics

Israelis receiving daily coronavirus check-ins via text message can thank local startup Diagnostic Robotics for developing the cutting-edge questionnaire that is tracking the spread of the virus with uncanny precision – and generating actionable recommendations.

Diagnostic Robotics has sent its questionnaire to millions of Israelis, including some 2,000 Covid-19 patients. Some 80 percent of recipients answer it.

The company is now “working on a media campaign to help raise awareness even more and keep the numbers high.”

Diagnostic Robotics is based on a decade of research by the 33-year-old Ukrainian-born Radinsky, one of Israel’s top tech stars.

When ISRAEL21c first wrote about Radinsky in 2013, she had just received her PhD from the Technion (in which she enrolled when she was just 15 years old) and was starting her own company, SalesPredict.

SalesPredict was bought by eBay in 2016 and Radinsky was named eBay’s director of data science and chief scientist in Israel. She left eBay to cofound Diagnostic Robotics last year.

At the Technion, Radinsky developed software to predict disasters including disease outbreaks, violence and natural catastrophes. The algorithms successfully predicted cholera outbreaks in Angola and Cuba.

Radinsky’s years at eBay were focused not on disease but rather on predicting which customers would buy which items. When the opportunity arose to get back into the healthcare space, she didn’t hesitate.

Radinsky teamed up with two of her colleagues from the Technion – robotics expert Moshe Shoham and graduate Jonathan Amir – and raised $24 million in 2019. With Amir as CEO, Diagnostic Robotics has a team of 100 data scientists, economists, engineers, doctors and designers.

When Radinsky and her partners were dreaming up Diagnostic Robotics, Covid-19 did not exist.

They intended to use predictive analytics and artificial intelligence to reduce the healthcare load on overcrowded emergency rooms by “directing patients to the most relevant medical setting – the emergency department, urgent care clinic or remote consultation,” Radinsky tells ISRAEL21c.

Diagnostic Robotics’ software “analyzes a patient’s medical history and current medical case using AI and NLP technologies,” while integrating “multiple sensory output data” – such as blood tests and EKG results – along with “billions of medical records and patient historical records” from around the world. 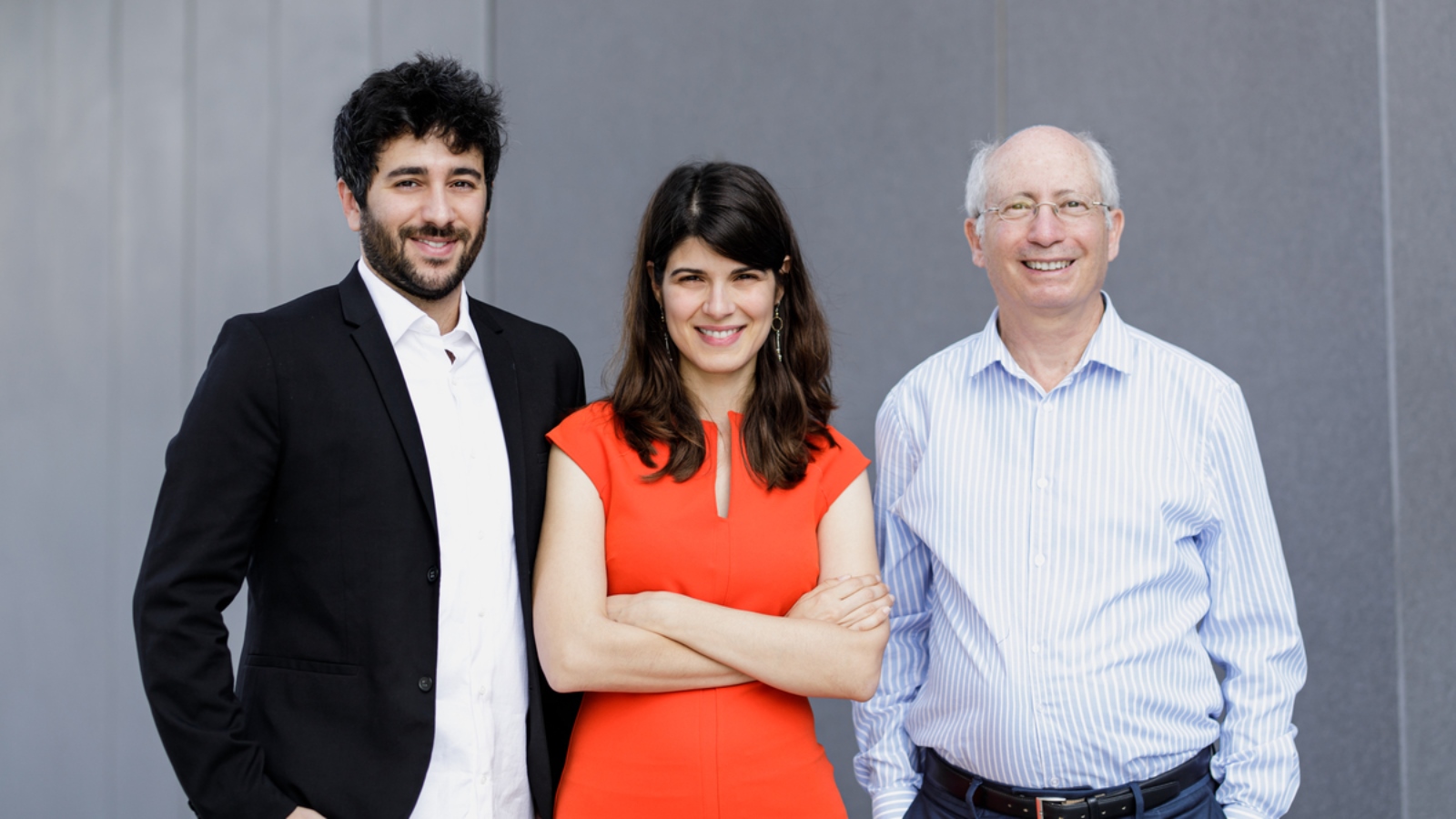 The system was already up and running with several hospitals and HMOs in Israel when Covid-19 hit. Radinsky and her partners quickly realized that, with just a few tweaks, the same platform could be used to triage patients possibly infected with the novel coronavirus.

“A month before the virus hit us here in Israel, we already decided to adapt our existing systems to track its spread in the country. For the past month and a half, we have been working day and night to put the finishing touches on a digital platform that is a one-stop shop for managing the disease,” Radinsky says.

The system, dubbed COVID360, is now integrated with all four of Israel’s HMOs and the Magen David Adom system – all for free.

The data collection starts with a link to an anonymous questionnaire, available in Hebrew, Arabic, English, Russian and Spanish. Recipients are asked to respond daily.

For doctors and HMOs, a special dashboard enables remote monitoring and risk assessment.

Among the questions asked: “Have you provided face-to-face service to more than 10 people in the past two weeks?” “Do you have one or more of the following pre-existing conditions?” and “Did you measure your temperature over the last 24 hours?”

COVID360 incorporates additional valuable data sources, such as travel between cities, population density and the distance between areas that can help identify how one city will influence another.

Data on the history of morbidity by region is provided by the Ministry of Health. While the questionnaire doesn’t collect any identifying details, such as names or telephone numbers, it does ask users to list what street they live on.

The questionnaire is easiest to access via a web link on a smartphone, but mindful that not all populations in Israel have the latest phone technology, a workaround using just SMS – and sometimes even old-fashioned phone calls – is also available. That approach won’t help with the epidemiological mapping but can aid in care management.

Perhaps the most dramatic visual coming out of the COVID360 system is a “heat map” showing where Covid-19 infections are most prevalent. This helps the Ministry of Health decide which areas should go into lockdown.

By using historical data, Diagnostic Robotics was also able to determine that the source of the mass infection in the city of Bnei Brak was due to large gatherings for the Jewish holiday of Purim and not the improvised prayer services that took place in the weeks afterward.

When will it end?

One thing Diagnostic Robotics can’t predict is when the pandemic will end.

“At the moment, we only have full information for the past two weeks,” she told the Israeli business journal Globes. “In order to predict two weeks ahead, we need at least five times this window – in other words going back ten weeks.”

Once the initial outbreak began spreading outside of China, Diagnostic Robotics predicted it would reach Israel, the United States and other locations, Radinsky says.

COVID360 also can describe Covid-19 disease progression. By surveying millions of Israelis, the system has confirmed that there is an average gap of four to five days between infection and the appearance of symptoms; that the loss of taste and smell can appear as far as 30 days after the start of infection; and that some patients never develop a fever.

Diagnostic Robotics’ system is operating in Israel and, as of this week, in cooperation with India’s Odisha Covid-19 triage and monitoring platform. Radinsky hints at additional implementations in the works.

“If anybody needs help, and our system can be helpful for them, we will be helping them,” she says.