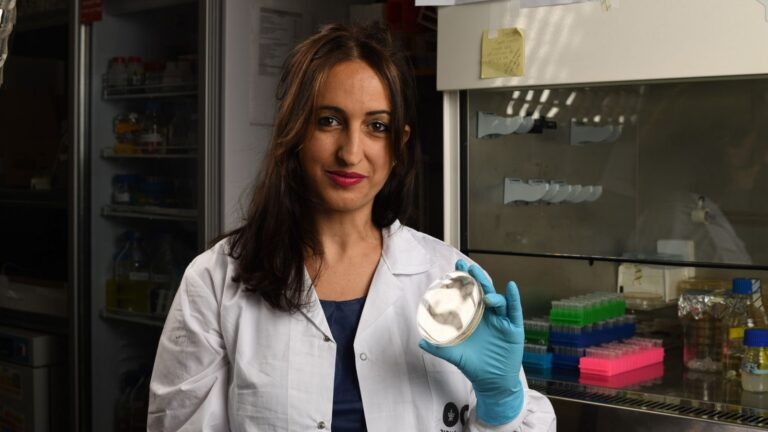 Hand sanitizers, once the preserve of young mums and hypochondriacs of all ages, have now become a ubiquitous accessory found in purses, cars and offices worldwide. But the surge in demand for the ethanol-based cleansing solutions have brought to the fore issues such as supply, especially at a time of shuttered borders and limited trade, and especially for Israel – which relies on imports for all of its ethanol supply.

Israeli scientists bent on creating ethanol from environmental waste for purposes such as planet-friendly fuel got wind of the challenge and decided to carry out a pilot project to turn local waste into alcohol for disinfectants.

“We were surprised to find out that Israel is still completely reliant on the import of alcohol for the purpose of disinfection. From there, it was a short distance to producing alcohol as a disinfectant in the struggle against corona,” says Prof. HadasMamane, the head of Tel Aviv University’s environmental engineering program.

She and Prof. Yoram Gerchman from the University of Haifa used a pre-treatment method involving ozone to turn waste such as pruning into ethanol that was in turned transformed to alcohol.

“Our success in effectively making ethanol from varied waste such as municipal and agricultural pruning, hay, paper waste and paper sludge with the help of ozone pre-treatment is the substantial breakthrough,” she says.

“The use of ozone is a simple pre-treatment method that’s easy and cheap to set up and operate and has many advantages: it’s almost non-polluting, doesn’t require using dangerous substances and can be carried out on a local and global level.”

She is now working on setting up an applied pilot program at Tel Aviv University to create alcohol for disinfectants using local waste. “Our challenge will be to increase the efficiency of the process of creating alcohol from as many waste sources as possible,” she concluded.