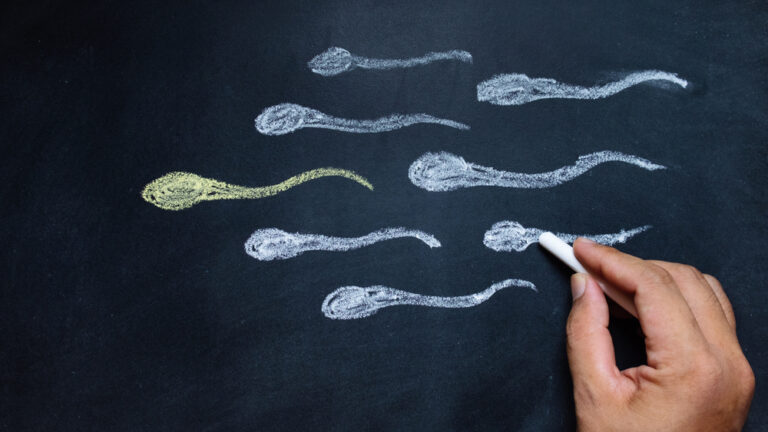 Under natural fertilization, the fastest sperm to reach an egg is supposed to bear high-quality genetic material. Photo by PiyaKunkayan/Shutterstock.com

Israeli scientists have recently developed a safe and accurate 3D imaging method to identify sperm cells moving at high speed. This technology could enable doctors to select the highest-quality sperm for IVF treatment, thus increasing its chances of success.

Under natural fertilization in a woman’s body, the fastest sperm to reach an egg is supposed to bear high-quality genetic material. This “natural selection” is not possible in IVF treatments, where the embryologist selects the sperm that will be injected into the egg according to different characteristics.

To overcome this limitation, Prof. NatanShaked and doctoral student Gili Dardikman-Yoffe from Tel Aviv University used CT technology for sperm-cell imaging. They managed to safely obtain a high-resolution image of the sperm in three dimensions in space, as well as the exact time (motion) dimension. Their results were published in the Science Advances journal.

“In the case of the sperm, instead of rotating the device around this tiny subject, we relied on a natural feature of the sperm itself: Its head is constantly rotating during the forward movement. We used weak light — not X-rays — which does not damage the cell,” Shaked says.

“We recorded a hologram of the sperm cell during ultrafast movement and identified various internal components according to their refractive index. This creates an accurate, highly dynamic 3D map without using cell staining that could harm the embryo.”

The new technology can greatly improve the selection of sperm cells in vitro, potentially increasing the chance of pregnancy and the birth of a healthy baby, Shaked added.

“We believe that such imaging capabilities will contribute to other medical applications, such as developing efficient biomimetic micro-robots to carry drugs within the body.”