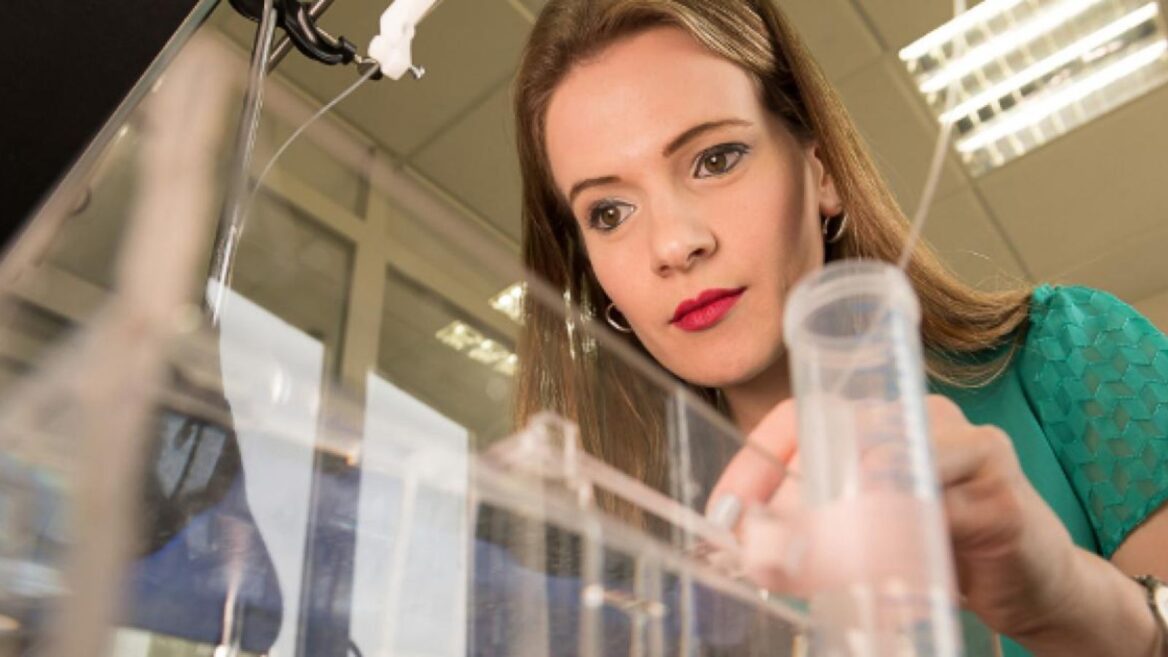 An international team of researchers led by an Israeli scientist has developed a noninvasive technology to kill breast cancer cells, an innovation that in the future could perhaps also be used to treat diseases such as brain cancer, Alzheimer’s and Parkinson’s.

The groundbreaking technique, developed by Tel Aviv University’s Tali Ilovitsh during her post-doctorate period at Stanford University, uses low-frequency ultrasound to burst microscopic tumor-targeted bubbles. Her research was recently published in the journal Proceedings of the National Academy of Sciences.

“Microbubbles are microscopic bubbles filled with gas, with a diameter as small as one-tenth of a blood vessel. At certain frequencies and pressures, soundwaves cause microbubbles to act like balloons: microbubbles expand and shrink periodically, and thus allow an increased transfer of substances from the blood vessel to the surrounding tissue,” Ilovitsh explained.

“We discovered that using lower frequencies than those applied before causes microbubbles to expand drastically until they explode. We understood that this discovery can be used as a tumor-treatment platform and started injecting microbubbles into tumors directly.”

The research team injected microbubbles into tumors in engineered mice. The microbubbles were tumor-targeted, meaning that they attached to the tumor cells’ membranes at the moment of explosion.

“Around 80 percent of tumor cells were killed in the explosion, which is already positive,” Ilovitsh says.  “The targeted treatment, which is safe and cheap, managed to destroy most of the tumor.”

And yet, to prevent the cancer from spreading, the researchers needed to destroy every cancer cell.

“That is why we injected an immunotherapeutic gene alongside the microbubbles, which acts as a Trojan horse and signals the immune system to attack the cell,” Ilovitsh said.

This gene that alerts the immune system to attack normally cannot enter cancer cells. Introduced by the exploding microbubbles, it managed to enter the cells that were not killed by the explosion and signal to the body that they were cancerous.

“The cancer cells were hit by the explosion, and through the holes that were created the gene we inserted into the microbubbles was transferred inside. Cancer cells that managed to heal and close themselves absorbed the gene that makes them produce a substance alerting the immune system to attack the cell,” Ilovitsh explained.

“In fact, our model mice had tumors on both sides of the body. Despite the fact that we injected microbubbles only to the tumor on one side, the immune system attacked the other side as well,” she relates.

Ilovitsh intends to use the technology that she developed as a noninvasive treatment for brain-damaging diseases such as Alzheimer’s, Parkinson’s and brain tumors.

“The blood-brain barrier does not allow medications to pass through, but microbubbles can expand and enable a temporary opening of the barrier, thus letting the treatment reach its target without requiring an operation,” she said.