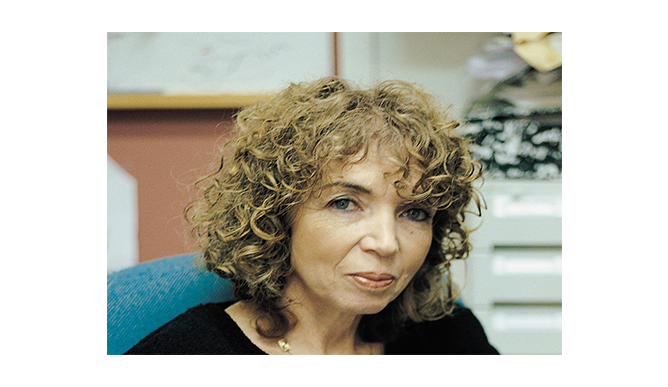 Imagine being able to inhibit or reverse a universal affliction – brain degeneration – and specific diseases or physical injuries that cause its sudden onset. This is precisely what Prof. Michal Schwartz has spent the last two decades studying, with revolutionary results.

Schwartz is far from the stereotypical “mad scientist.” Pretty and petite, with a cascade of curls, she rushes down the hallway of her office and adjacent laboratory more like a student late for a class than an international award-winning powerhouse whose research has turned pre-existing dogma about the central nervous system on its head.

Schwartz holds the Maurice and Ilse Katz Chair in Neuroimmunology at the Weizmann Institute of Science in Rehovot and lives on campus with her husband, a Weizmann professor of biochemistry. They are the parents of four and grandparents of eight.

She admits to possessing a fierce drive – “necessary for any serious scientist” — which has kept her going even when faced with opposition from peers who dismissed the hypotheses that sparked the last 20 years of her work.

“I suffered a lot,” she tells ISRAEL21c, recounting the resistance she encountered when she set out to re-examine what laypeople label the “mind-body” connection. “But my intuition that I was looking in the right direction was strong.”

The wall of her office is lined with framed covers of scientific journals featuring her discoveries over the years — professional recognition that her intuition about conventional neuroscience misinterpreting the communication between the brain and immune system was correct.

Passport to the brain

Schwartz explains that the central nervous system (made up of the spinal cord, brain and optic nerve) controls the entire body, including the immune system. But because the brain is isolated from the immune system, neuroscientists believed that immune cells are harmful to the brain, and therefore should be kept away from it.

As a result, whenever a person suffered a spinal cord injury or a degenerative disease such as Alzheimer’s, Parkinson’s or ALS — and his immune system immediately responded locally – doctors would prescribe anti-inflammatory drugs to prevent the immune cells from getting into and damaging the brain.

“I decided to examine this dogma from an evolutionary standpoint,” says Schwartz, who felt the prevailing wisdom was inherently illogical. “Scientists/clinicians now know how to transplant almost every organ in the body, other than the brain. It was hard for me to believe that an organ that cannot be replaced would so severely lack a system to help it heal.”

“Think of a gate through which only those with a passport can enter,” she says. “This ‘passport’ checks which cells may enter, and adjusts their activity so that they do what the brain needs them to do, and not what the brain does not want them to do.”

From this understanding, Schwartz hypothesized that the immune system may perform day-to-day healing of the brain.

“After all, the brain is always going out of balance, either due to positive activities or due to mini-traumas and stress, yet most of us regain equilibrium quite quickly. In other words, something must be working to restore the balance in our brains. And that something is the immune system,” she says.

“When it is not functioning properly, we are more susceptible to post-trauma and degenerative diseases. Boosting the immune system, then, should be able to protect the brain from anxiety, depression and degeneration.”

As a result of Schwartz’s understanding, the door has been opened to new research avenues in fighting age-related dementia and neurodegenerative diseases.

“We discovered that the immune system can determine when we age,” she says, pointing to the fact that a 60-year-old might constantly forget where to find the car keys, while someone else at 90 could have a completely clear memory.

With the premise that the aging of the brain is a direct result of the aging of the immune system, Schwartz established Proneuron Biotechnologies (http://www.proneuron.com/) in 1996 to translate her work into innovative medical therapies. So far, an ongoing legal battle with Teva Pharmaceuticals has been preventing any progress.

The better news is that Schwartz is about to make a big scientific splash she is not yet at liberty to disclose. But she can say that it involves enhancing the immune system as a method of curing Alzheimer’s disease.

Schwartz believes that maintaining a healthy immune system, rather than tackling the pathology of brain-related injury and illness, is the key to a reversal of conditions once deemed incurable.

The only thing that mars her excitement about breaking such ground, she says, is that “scientific shifts take so long, and I wish I had more time on this earth to keep it going and see it all through.”

UNCOVER ISRAEL - Get the ISRAEL21c
Weekly Edition free by email
Sign Up Now!
Bring Israel's story to life.
Millions of people around the world rely on us to gain a deeper understanding of Israel. We are the trusted source for original content you won't find anywhere else.
You can make a difference. Donate today to support journalism that brings Israel’s story alive.
SUPPORT ISRAEL21c
Read more on:   People, Weizmann Institute, prof. michal schwartz, Alzheimer’s