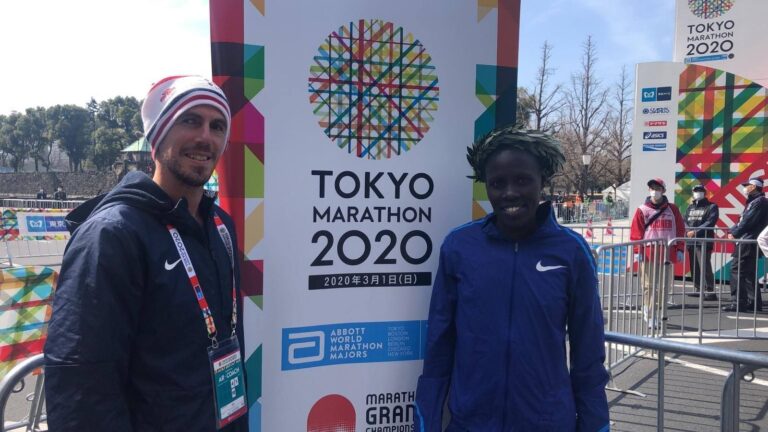 While most of us were busy sleeping in on Sunday morning, Israeli athlete Lonah Chemtai Salpeter was busy winning the Tokyo Marathon, completing the women’s race in a record-breaking 2 hours, 17 minutes and 45 seconds.

Sunday’s win saw Chemtai Salpeter rise to sixth place on the world all-time list. She in fact broke her own record for a marathon run, previously coming in first in the 2019 Prague Marathon in 2 hours, 19 minutes and 46 seconds.

Birhanu Legese from Ethiopia came in first place in the men’s event. The marathon was scaled down due to the global coronavirus scare and was open only to a few hundred professional athletes, with amateur runners prohibited from participating.

“I am very pleased with today’s performance,” Chemtai Salpeter said after the race. “The preparation allowed me to improve my personal record. I feel that the result is a return on all the hard work that’s been carried out in recent months.”

Chemtai Salpeter is set to run the marathon in the Tokyo 2020 Olympics. In 2018, she was the first Israeli to win a gold medal in the European Athletics Championships when she came in first in the women’s 10,000-meter run.

Chemtai Salpeter, 31, was born in Kenya and moved to Tel Aviv to work at the Kenyan Embassy in 2008. A running coach who saw her run in the park encouraged her to take up running professionally. In 2014 she married another Israeli running coach, Dan Salpeter, and got Israeli citizenship in 2016 in time to become part of the Israeli delegation to the Rio Olympics.