Desktop robots developed by an Israeli startup are to become care companions for 800 seniors in New York.

ElliQ, who takes her name from the Norse goddess of old age, actively initiates conversations, remembers what she’s been told and uses artificial intelligence (AI) to inform follow-up conversations.

Amazon’s Alexa is passive, ElliQ is active. She plays trivia games, encourages the user to exercise, reminds them to take their medicine, makes sure they’re eating properly, keeps them in touch with family and friends, selects music tracks and even tells jokes.

She’ll also raise an alert with clinical teams if she notices anything of concern in the user’s routine. And she has a “face” that lights up and swivels towards the user. 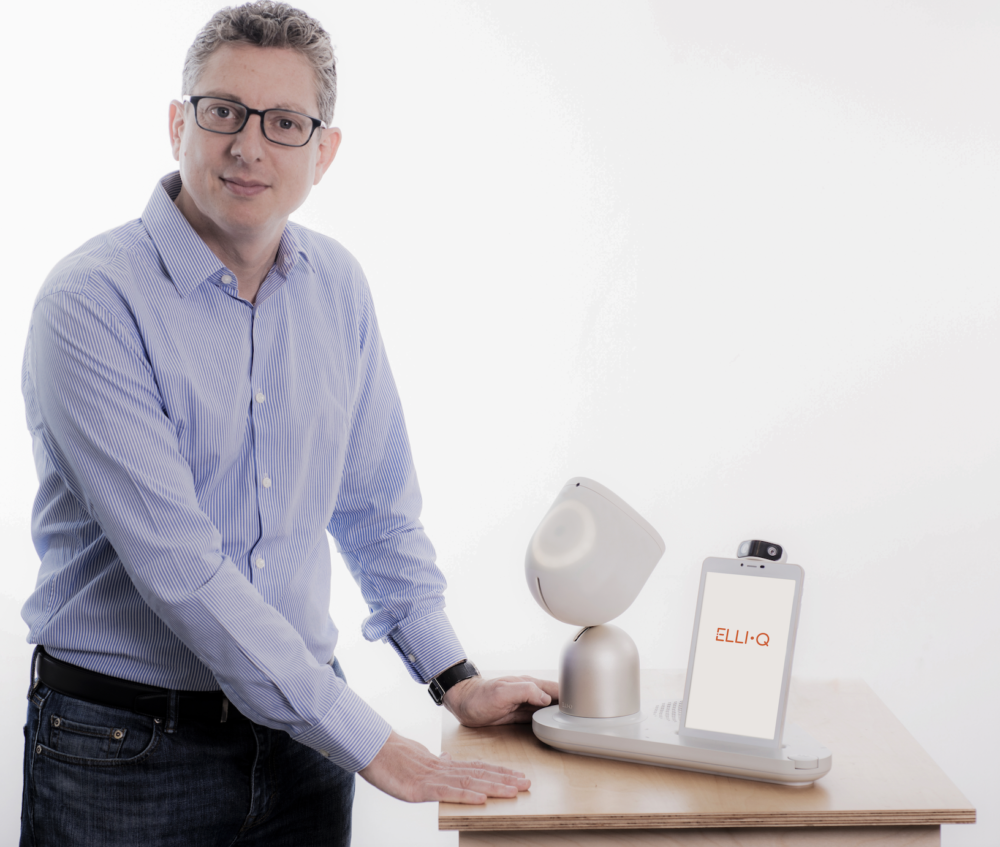 The technology has been developed by Intuition Robotics, based in Ramat Gan, which pioneers social companion technologies. It says it’s on a mission to empower older adults to live happier, healthier, and more independent lives at home.

The New York State Office for the Aging (NYSOFA) has recognized the benefits of ElliQ and is delivering the voice-operated robots to 800 older people who live alone, as part of its effort to battle social isolation.

“We are so pleased to partner with Intuition Robotics and make ElliQ available to older adults in New York,” said NYSOFA director Greg Olsen. “This product does so many things to improve health, combat isolation, and improve overall well-being and independence.”

NYSOFA will work with local offices for the aging and partners to identify those who will benefit most from having ElliQ in their home.

“Despite misconceptions and generalizations, older adults embrace new technology, especially when they see it is designed by older adults to meet their needs,” said Olsen. 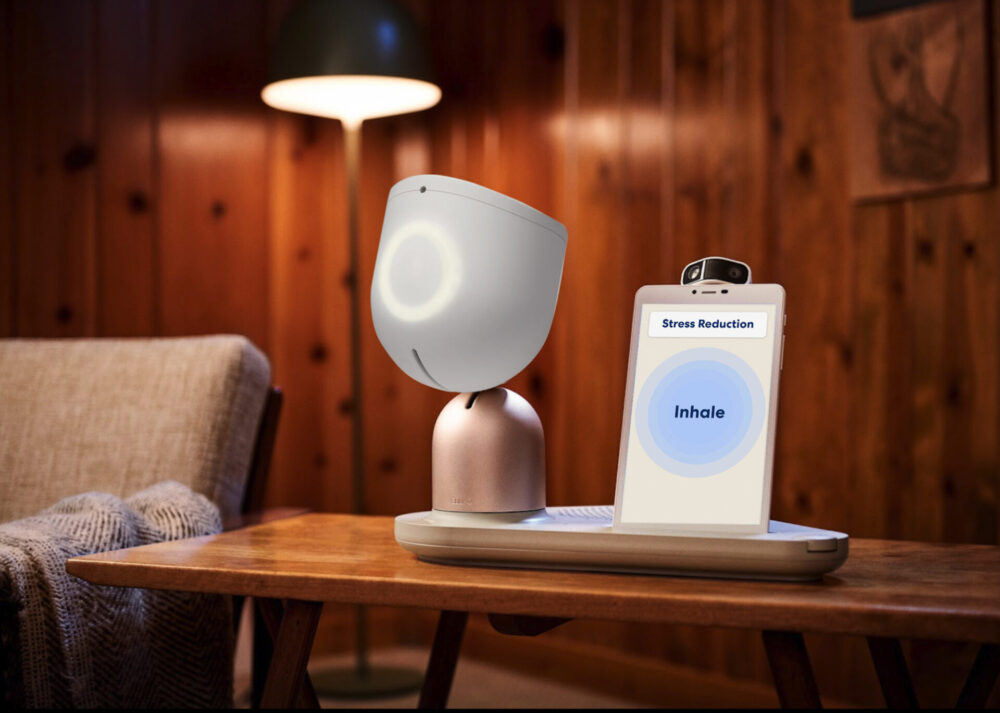 800 ElliQ robots will be delivered to older people in the New York area. Photo courtesy of Intuition Robotics

“For those who experience some form of isolation and wish to age in place, ElliQ is a powerful complement to traditional forms of social interaction and support from professional or family caregivers.”

ElliQ launched commercially in March of this year, after more than five years of cutting-edge research and beta testing. Users so far are averaging 20 interactions a day.

“This partnership with NYSOFA helps us further that mission through an innovative initiative that we are incredibly proud to be part of.

“We’re thrilled to be working with New York State as our first state government partner and believe ElliQ will be able to effectively engage and encourage older adults in New York to be more independent, healthy and happy.”

ElliQ is designed to foster independence through daily check-ins and she can exchange text messages, conduct video calls and display photos.

She’s designed to be emotive, autonomous and easily understood. She uses machine learning to acquire knowledge of the preferences, behavior and personality of her owner, and proactively recommends activities based on that history and on recommendations by family.

UNCOVER ISRAEL - Get the ISRAEL21c
Weekly Edition free by email
Sign Up Now!
Bring Israel's story to life.
Millions of people around the world rely on us to gain a deeper understanding of Israel. We are the trusted source for original content you won't find anywhere else.
You can make a difference. Donate today to support journalism that brings Israel’s story alive.
SUPPORT ISRAEL21c
Read more on:   News, Technology, Aging, Robotics, Intuition Robotics, New York