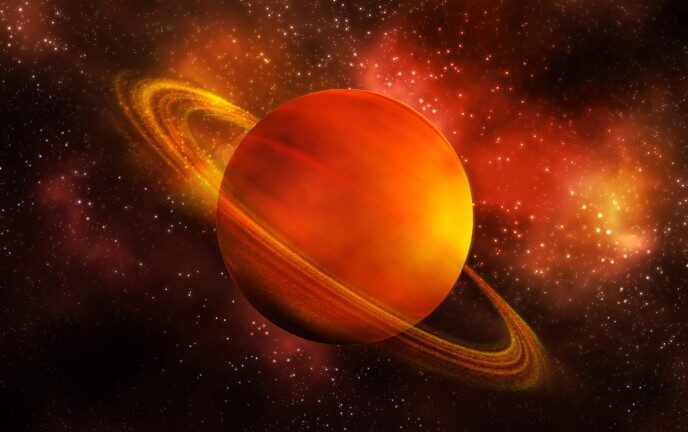 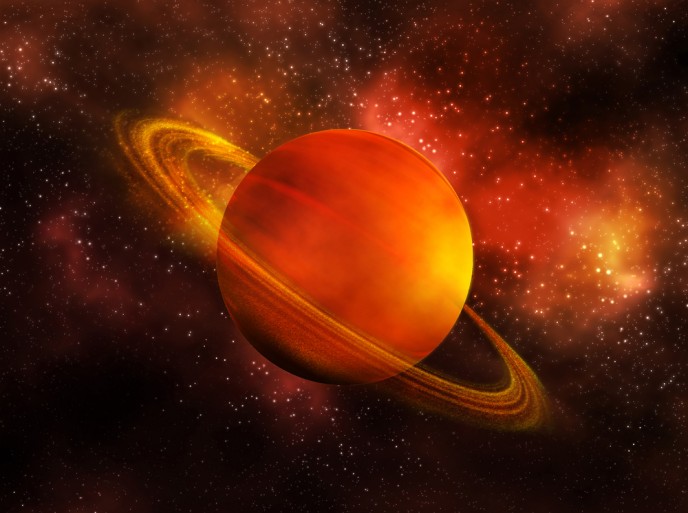 Saturn’s day is 10 hours, 32 minutes and 44 seconds long, according to a new method devised by Weizmann Institute of Science and Tel Aviv University researchers that offers insight into the internal structure of the planet, its weather patterns, and the way it formed.

Tracking the rotation speed of solid planets, like the Earth and Mars, is a relatively simple task: Just measure the time it takes for a surface feature to roll into view again. But giant gas planets Jupiter and Saturn are more problematic for planetary scientists, as they both lack measureable solid surfaces and are covered by thick layers of clouds, foiling direct visual measurements by space probes.

The new method, by Helled and Drs. Eli Galanti and Yohai Kaspi of the Department of Earth and Planetary Sciences at the Weizmann Institute of Science, is based on Saturn’s measured gravitational field and the unique fact that its east-west axis is shorter than its north-south axis.

When the researchers applied their method to Jupiter, whose rotation period is already known, the results were identical to the conventional measurement, reflecting the consistency and accuracy of the method.

For years, scientists have had difficulty coming up with a precise measurement of Saturn’s rotation. “In the last two decades, the standard rotation period of Saturn was accepted as that measured by Voyager 2 in the 1980s: 10 hours, 39 minutes, and 22 seconds,” said Helled. “But when the Cassini spacecraft arrived at Saturn 30 years later, the rotation period was measured as eight minutes longer. It was then understood that Saturn’s rotation period could not be inferred from the fluctuations in radio radiation measurements linked to Saturn’s magnetic field, and was in fact still unknown.”

The Cassini spacecraft had measured a signal linked to Saturn’s magnetic field with a periodicity of 10 hours, 47 minutes and 6 seconds long — slower than previous recordings.

“Since then, there has been this big open question concerning Saturn’s rotation period,” said Helled. “In the last few years, there have been different theoretical attempts to pin down an answer. We came up with an answer based on the shape and gravitational field of the planet. We were able to look at the big picture, and harness the physical properties of the planet to determine its rotational period.”

The researchers hope to apply their method to other gaseous planets in the solar system such as Uranus and Neptune. Their new technique could also be applied in the future to study gaseous planets orbiting other stars.

“The rotation period of a giant planet is a fundamental physical property, and its value affects many aspects of the physics of these planets, including their interior structure and atmospheric dynamics,” said Helled. “We were determined to make as few assumptions as possible to get the rotational period. If you improve your measurement of Saturn’s gravitational field, you narrow the error margin.”

The research was recently published in Nature journal.

UNCOVER ISRAEL - Get the ISRAEL21c
Weekly Edition free by email
Sign Up Now!
Bring Israel's story to life.
Millions of people around the world rely on us to gain a deeper understanding of Israel. We are the trusted source for original content you won't find anywhere else.
You can make a difference. Donate today to support journalism that brings Israel’s story alive.
SUPPORT ISRAEL21c
Read more on:   News, planets