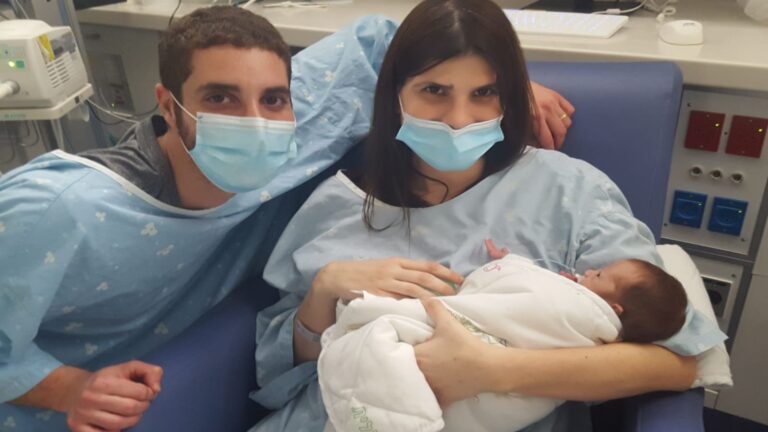 Liraz and Gal Carmeli faced every new parent’s worst nightmare: their little, premature baby was in fragile condition. His mother was unable to breastfeed, and he was unable to digest the formula that he was being given.

“The baby was in a life-threatening condition because he was fed with a formula which he was unable to digest,” said Dr. Sharron Bransburg-Zabari, heads of the new milk bank.

“The nursing team, by following worldwide medical recommendations, understood that the baby should be provided with human milk. And indeed, after receiving the approval from the Ministry of Health and supplying the milk, there was a remarkable improvement in his condition.”

The baby, who was hospitalized at Carmel Medical Center in Haifa, received milk donated by several mothers for two weeks. By the end of that period, he’d gained weight and improved significantly.

“Only thanks to the donors, our baby can eat and digest food. We hope our personal story will open a door for more babies to receive milk from the Human Milk Bank, which is so crucial,” said the parents.

“The National Human Milk Bank was established by MDA almost two years ago, at the request of the Ministry of Health,” explained Prof. Eilat Shinar, head of MDA’s blood services. “This is to regulate the supply of milk to premature babies in Israel, to prevent the development of intestinal necrosis, which can cause severe morbidity and even mortality.”

The National Human Milk Bank was set up at the Magen David Adom station in Jerusalem with the assistance of the MDA Friends Society in Australia and other donors.

Shinar reported that hundreds of ready-made bottles of milk are ready for premature infants. The milk undergoes testing and processing during which it is kept at a temperature of -112°F.

“We are currently waiting to finalize the various agreements that will allow us to start fully operating the bank, to save the lives of premature babies and preventing serious lifelong illness,” she said.